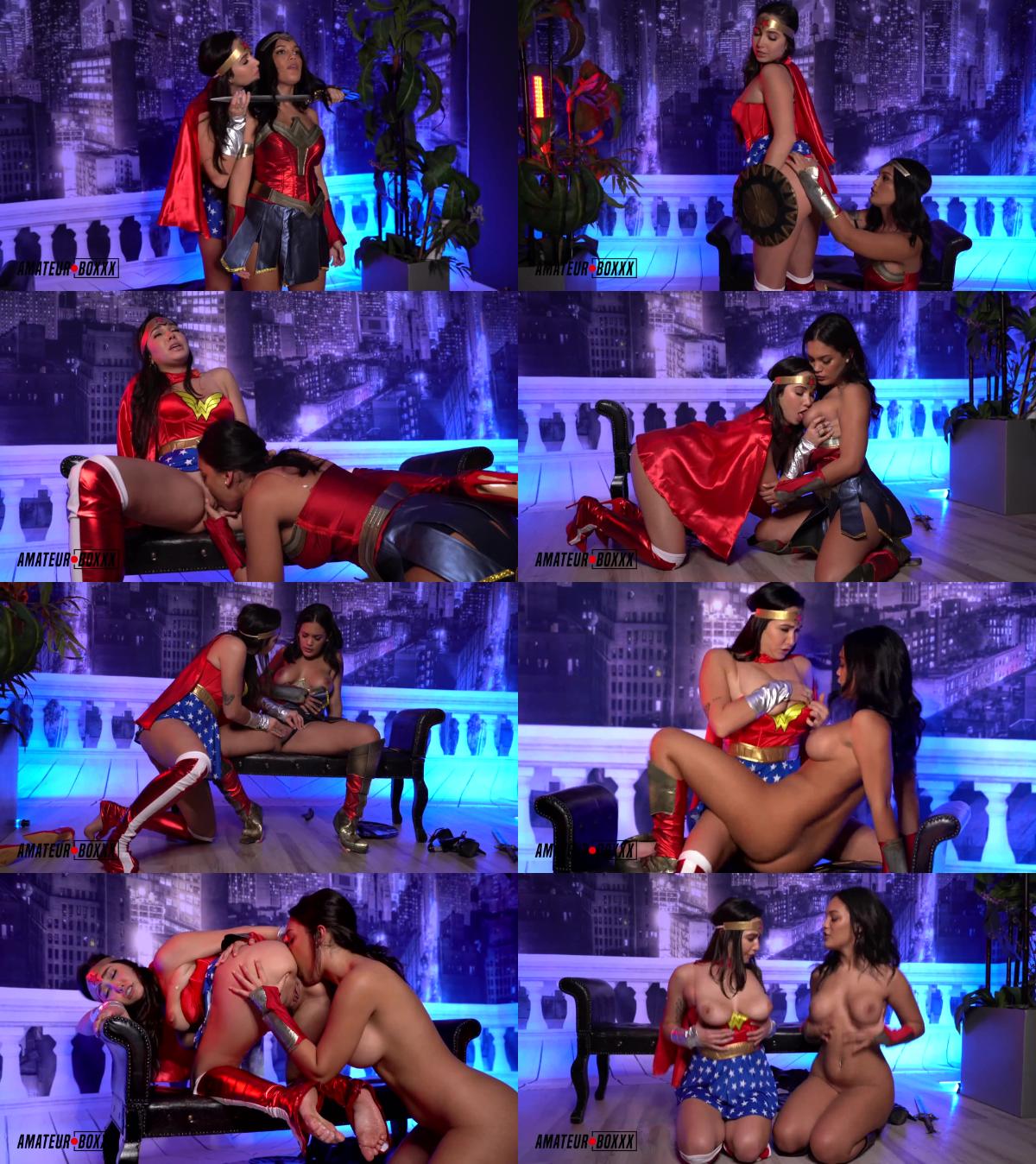 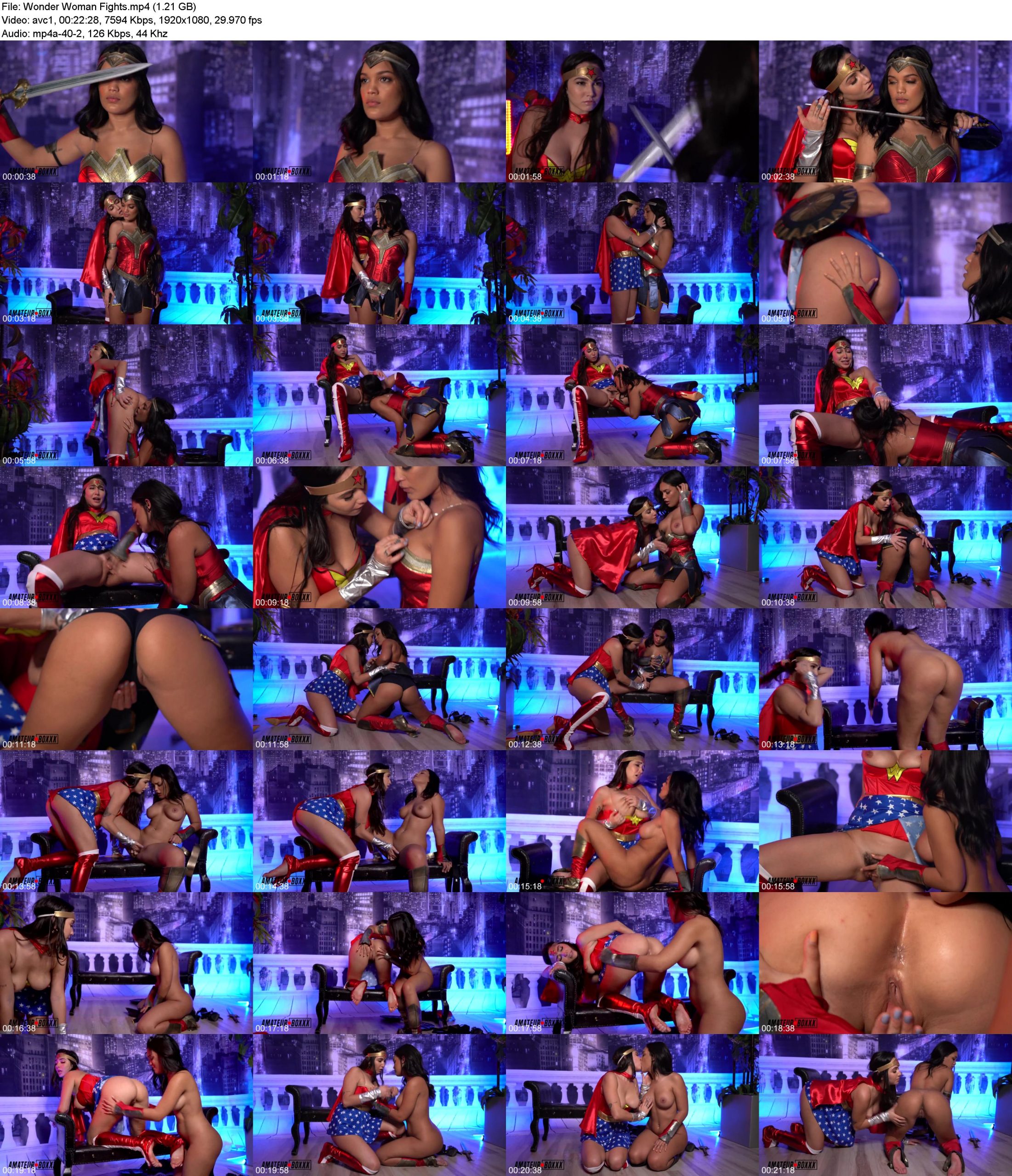 Modern day Wonder Woman, (Alina Belle), is standing on a ledge looking over the city. When she decides to pull out her sword and do some training. Modern Day Wonder Woman swings her sword and does some tricks. She then holds her sword up in front of her proudly. All of a sudden, her phone gets a text message. Modern Wonder Woman pulls out her phone and looks. There is a text from The Joker telling her to get ready for a blast from the past. Then the text laughs horribly awkward. Modern Day Wonder Woman puts her phone away and brushes it off. But then there is a loud bang and a flashing light. All of a sudden there is another Wonder Woman, (Karlee Grey), dressed in a 1970’s Wonder woman outfit standing in front of her. Both Wonder Women are shocked and amazed, then Old School Wonder Woman accuses Modern Wonder Woman of impersonating her. The two Wonder Women argue over who is the real Wonder Woman. Modern day Wonder Woman tries to tell Old School Wonder Woman that the Joker is behind it all. But Old School Wonder Woman doesn’t believe her. They both showcase their special powers and eventually they end up battling it out. After they kick the evil out of each other they agree that they are both Wonder Woman but from different dimensions and times. They also agree that the Joker is somehow behind it. The two of them begin to compliment each other and soon they are hooking up. They proceed to go down on each other and eat each others ass. When they are done shagging they agree to go back to find the Joker so they can send Karlee back to her dimension.
tags:superheroine porn,superheroines fetish,lezdom,lesbian domination,catfight porn