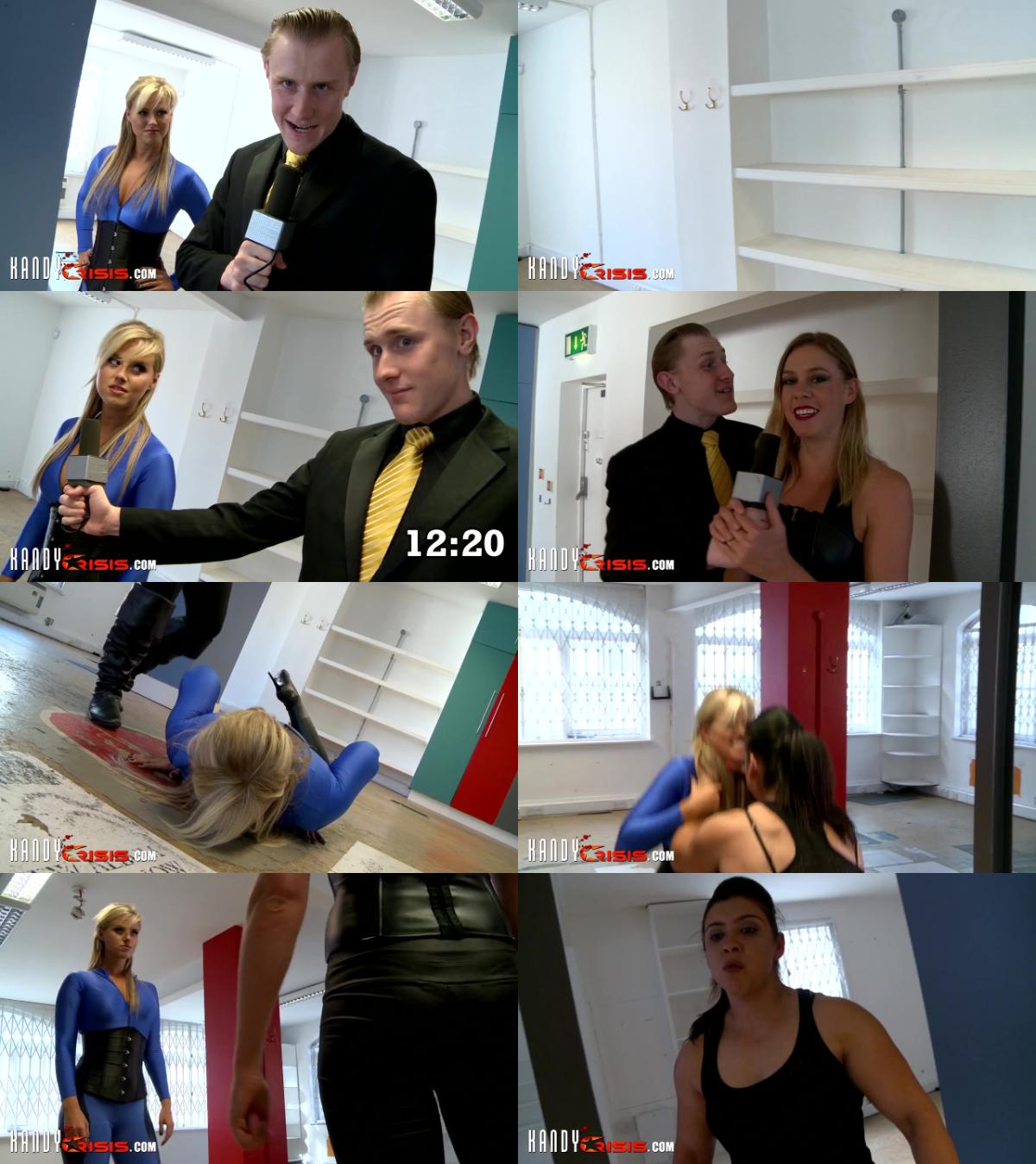 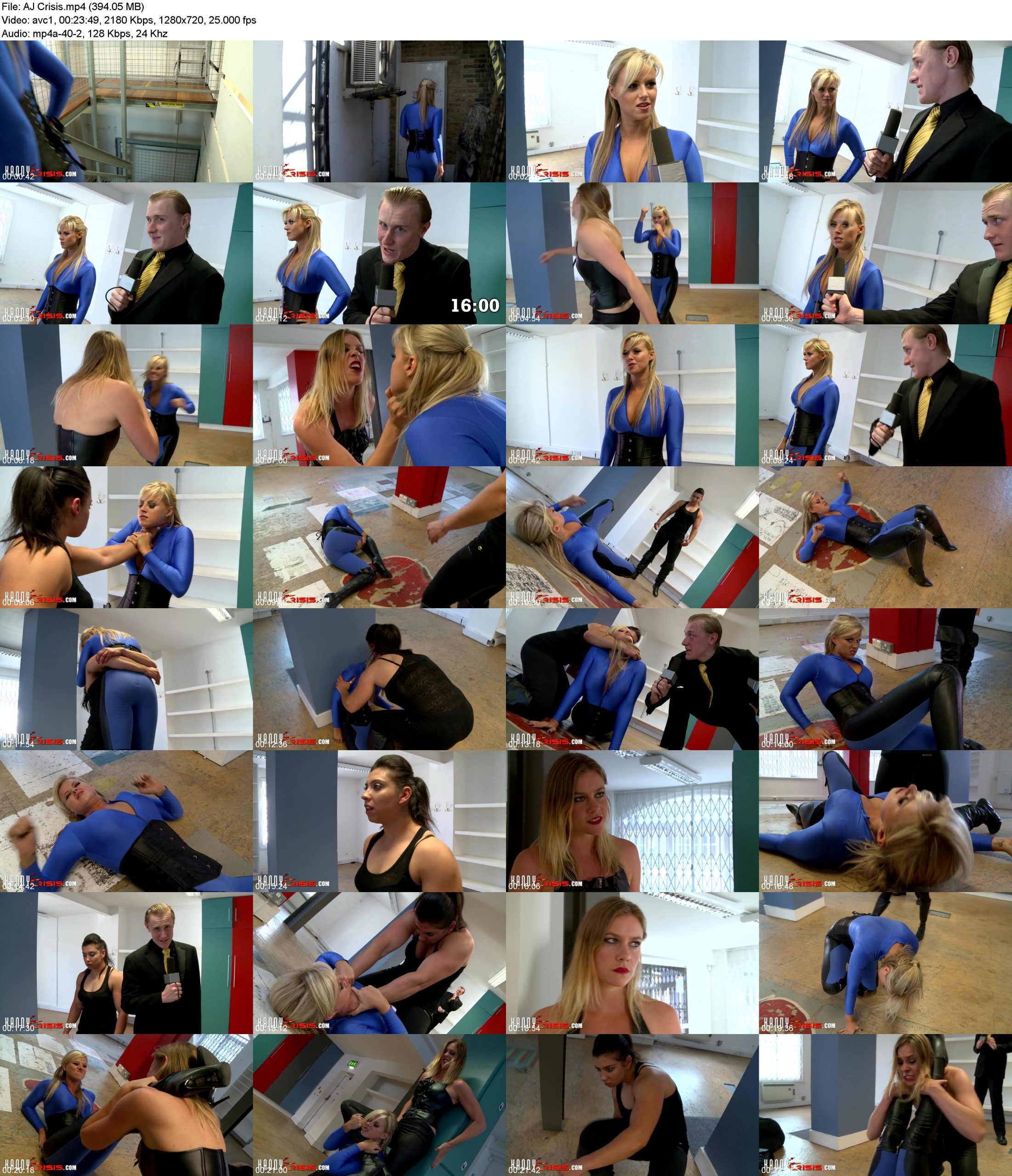 Everything ends. Including Kandy Crisis. And that’s unfortunate, because this has been my dream series. Just everything I always wanted to see. It was an absolutely perfect fit for my tastes. To have the Kandygirls, the girls I love seeing in action more than anyone we cover be tested like never before. And I get it. Everyone has different tastes. But this series worked for me personally on every conceivable level. It’s been a great run and I’m happy to report that Episode #11 is absolutely a worthy conclusion to the series. Maybe the best of the series.
This is going to be a very light review as I don’t want to spoil much of anything. The story picks up a year after AJ’s defeat of Hit-Woman who is languishing in jail. There is a story behind the mission AJ finds herself on, but again, I’ll let viewers discover that for themselves. Basically, AJ finds herself facing off against two female adversaries. One we’ve seen before, and a completely new face. They are.

Etna – This is a strongly built woman and she has a wonderful yet menacing presence about her. The character doesn’t say a whole lot, but when she does, she delivers really well and I think she had the funniest line in the series in this episode. Actually, this is a character I would love to see taking on every other Kandygirl. Line them up. Kix, Vixen, Diva, JJ and so on. She is a different challenge than the Kandygirls have ever faced before and she does wonderful work here.

As far as the fighting goes, it switches throughout the film. It’s always one-on-one with AJ fighting each girl at different times. And things start out well for AJ. She is more than a match for Helena at first. Don’t mistake that for this being like a normal Kickasskandy one-sided domination episode. Helena gets some good shots in, but AJ emerges as her superior.

Helena eventually tags in Etna, and that’s when things change for our cocky heroine. She is rag dolled for a good stretch of the middle of the film. AJ’s best punches and kicks do very little to phase Etna, and Etna uses her superior strength as you would expect. Choke holds, lifts, bearhugs, submission holds, stomach punches, and so on. AJ is hammered by Etna for a good long while in this over 20 minute film and the heroine gets knocked out several times. And as it has been stated, there are two endings. AJ is triumphant in one, and not so much in the other.

It’s a video worth seeing. I’ve ranked and reranked these episodes several times as my opinions keep shifting on them. I won’t rank them again, but I will list the ones I thought were the best of the best. The community seemed to really take to Episode 2 with Vixen and I totally get why. I would also highly recommend Episodes 4, 7, 8 and 11 for being in the conversation for the best episode of the series.

Before we finish up, I do have to talk about AJ. I thought her presence in this series just took things to another level. She’s that important to KAK lore and having her star in these episodes was great. She saved her best performance for last. She was funny. She was cocky. She delivered good beatings and took them in return really well. She’s also as beautiful as the come, and my goodness, did she wear the outfit well in this episode.

My one regret (and I can’t believe I didn’t think about it before) is not having Kix and AJ share an episode, or at least some screen time. Just to see those two fighting shoulder to shoulder would have been tremendous. To me, those are the ultimate Kandygirls. And if I would have thought about it sooner, I would have found some way to pay and make it happen. Oh, well. Maybe something breaks and I get another shot at it down the road.
tags:superheroine porn,superheroines fetish,superheroines adult movies,fantasy,lezdom,lesbian domination,catfight,submission,overpowered,supergirl