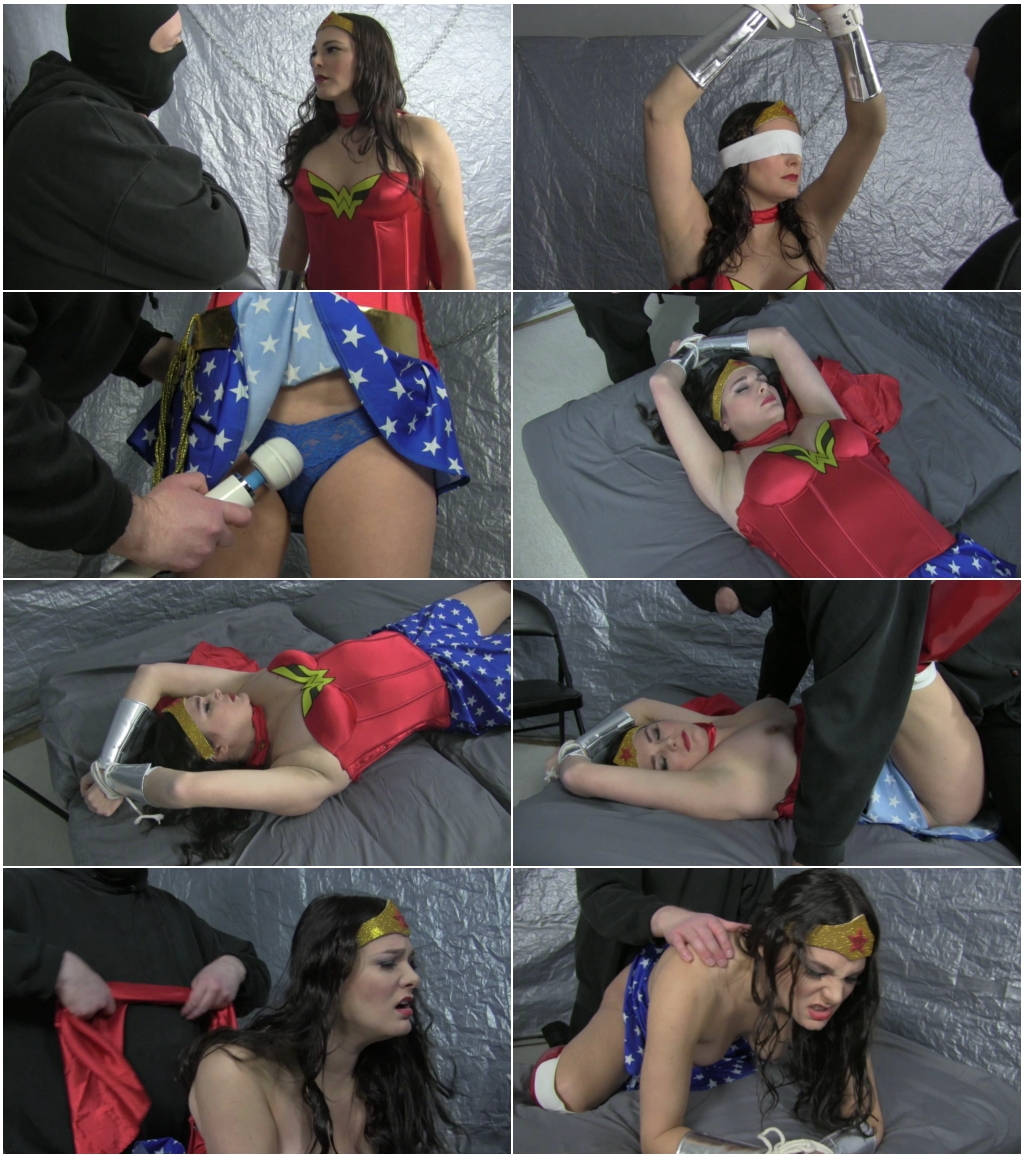 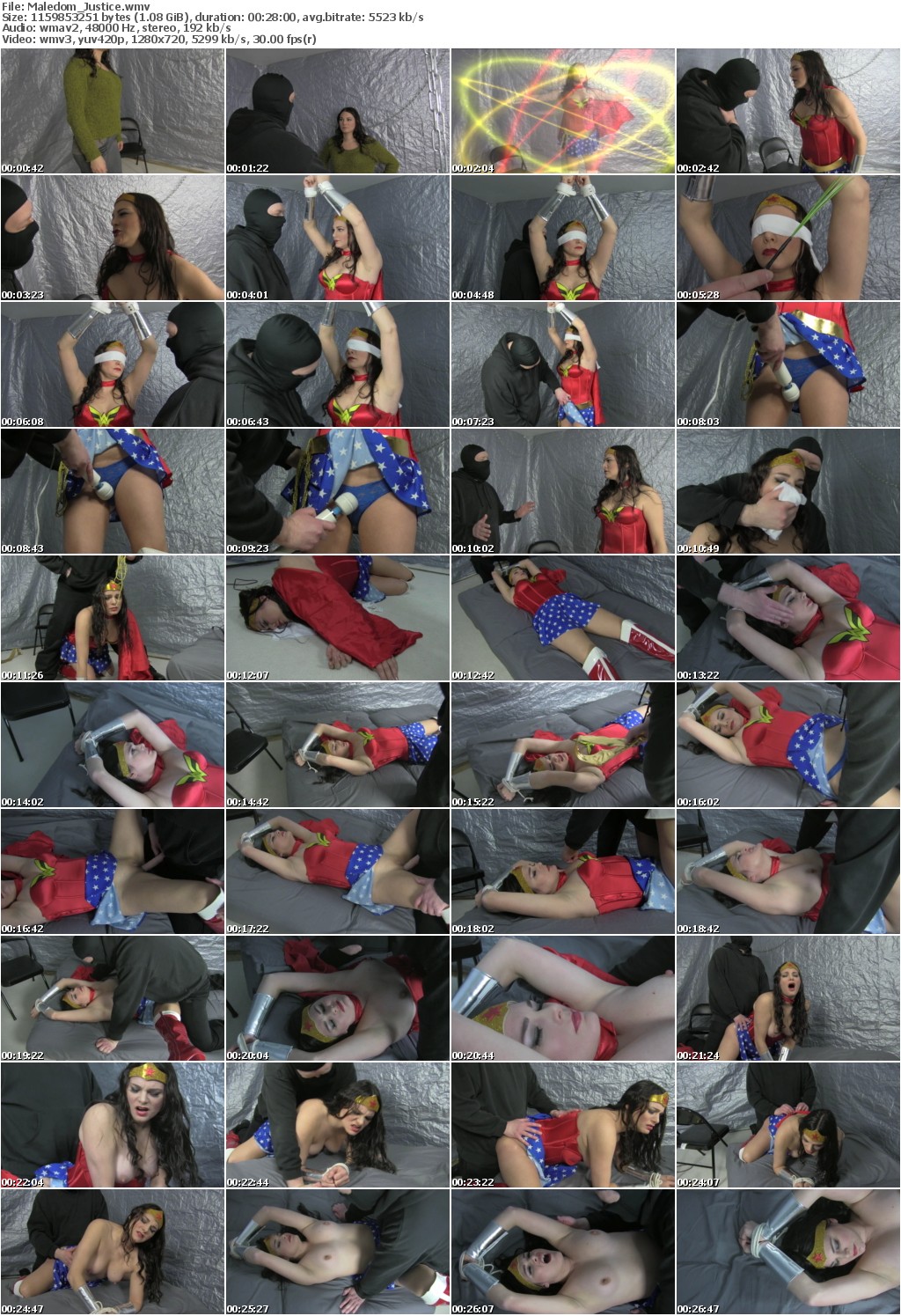 The Princess of Justice, Diana has been on high alert since one of her friend went missing a few weeks ago. After some investigating she discovered her friend last known location was in an underground S&M club simply known as Surrender. Diana decides to go undercover to find out what happened to her friend, but stumbles into more than she expected. The mysterious master of the underground dungeon wont tell Diana what happened to her friend, but wants to show her instead. Diana isnt intimidated by the human and her curiosity gets the best of her. She allows him to restrain her, knowing his chains will never be strong enough to hold her. She lets him tease her and play with her, but once she reaches the point of ecstasy, she has had enough of his games. She warns him that his games are finished and demands to release her friend, but he has once more trick up his sleeve and knocks out the once powerful princess, stripping her of her golden belt of power. The master of the dungeon has the superheroine under his full control, and enjoys every second of it. He shows the beautiful heroine exactly what happens once she surrenders and what true weakness really is.
Category: SUPERHEROINES
Related Categories: BONDAGE, COSPLAY, SPANDEX, SUPER VILLAIN, VIBRATOR Keywords: comic, super, heroine, cartoon, costume, chain, villain, sleep, vibe, tickle
Tags:Maledom,Male Domination,superheroine,superheroines,Humiliation,storylline,story line,Mixed Wrestling,Submission,froced orgasm,super hero, super heroines,superheroines porn,superheroines adult movies,wonder woman,bondage,magic power,fantasy