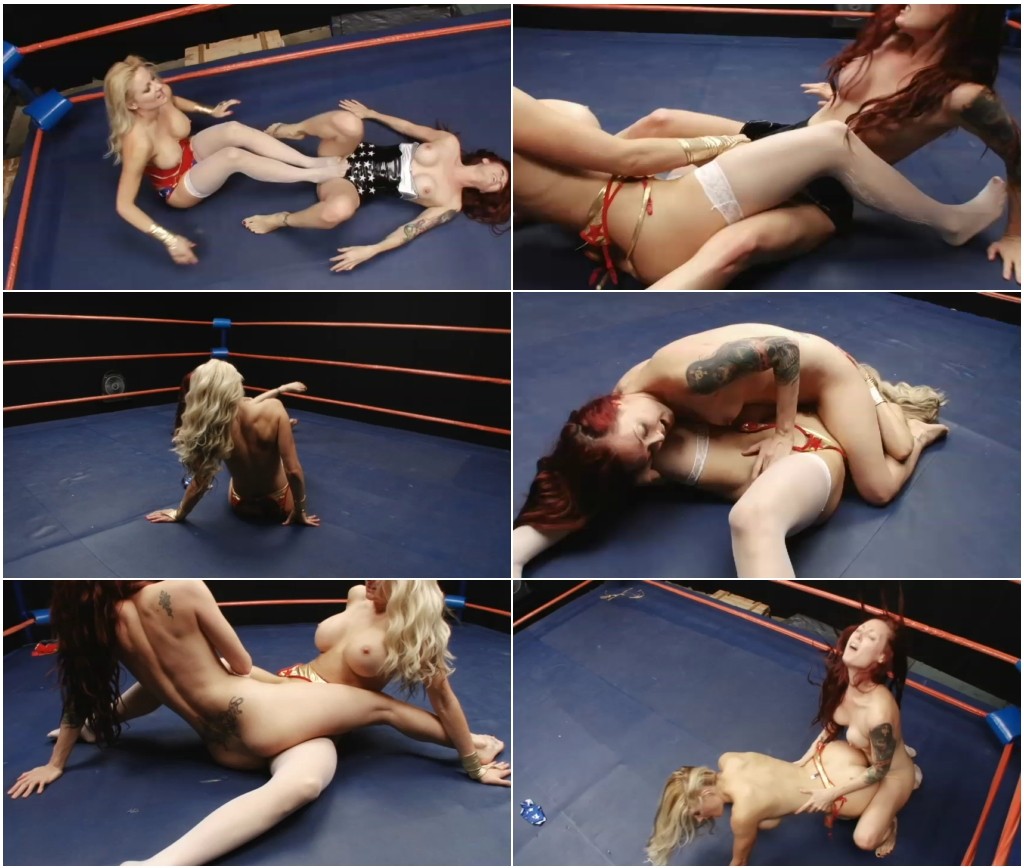 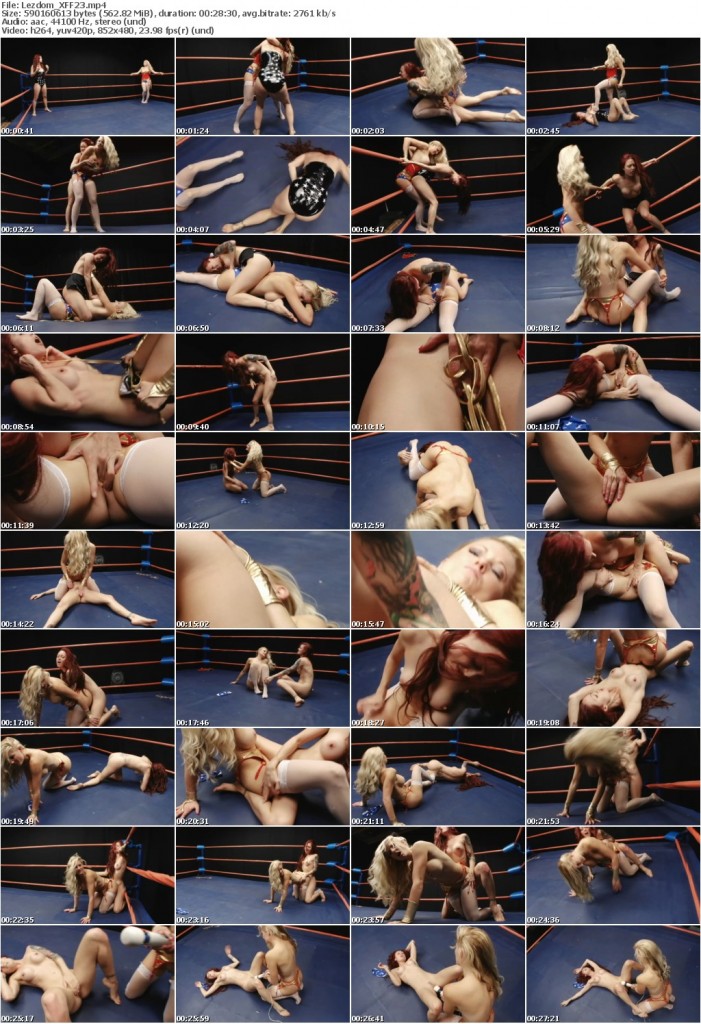 Are you ready for some SUPER fun? Super in every way as we have two super beauties that are both super-heroines: JC in her hot low cut sexy outfit with thigh high white stockings and the fiery red head Melissa Jacobs in a skin tight, black shiny super costume. The white and the red hair intermingle as these super babes get it on, they look so hot in their super sexy clothes, it’s almost a shame when they start to come off, Melissa pulls the busty blonde’s top down just enough to plunge those beautiful breasts over that tight top, then she squeezes those ripe melons. Soon the hot red head is getting her black shiny suit pulled off her in a sexy tug of war. Bodies stripped, it’s now time to strip them of their power, only an orgasm can achieve this so each super babe sets out to make the other cum; they get in positions to hold their foe then stroke her, hard and soft they go for those tender creamy centers, fingers get thrust deep inside as our ladies get wet, then it’s crotch to crotch as they wiggle their now slippery crotches together and of course butt to crotch as they grind their firm round buttocks into those now very wet pussies. The winner will get the big energy boost when she forces her foe to the ultimate climax with the super vibrator, stealing all the power she has left, and it is one hot super climax. Hot, hot super babes going for forced orgasms — this is definitely some SUPER FUN !!!!
tags:superheroine,superheroines,lesbian domination,lezdom,froced orgasm,super hero, super heroines ,catfight,female wrestling,female fighting,hitachi,ring,prostyle