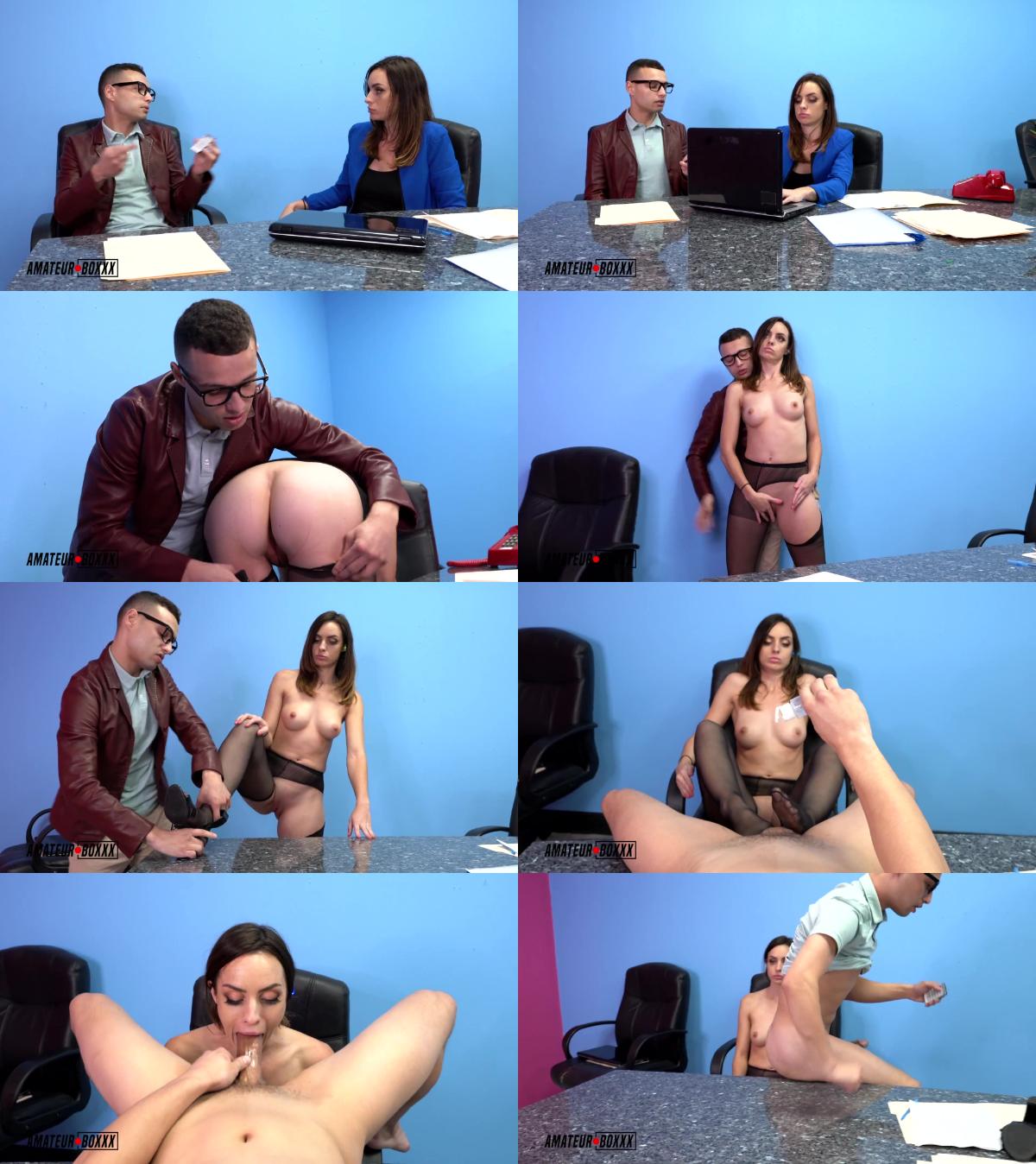 Johnny has the hottest boss ever. All he wants to do is fuck her. But unfortunately she is a total Bitch who thinks that he is an idiot and worthless. Well today is different because he invented a micro chip that can control minds. Johnny goes into his quarterly meeting with his boss to present his new invention and fuck her. Johnny shows Jamie his invention and how it works and she just laughs at him. She tells him it will never work and that he totally buzzed the company’s time and money. He begs her to let him try it on her and show her what it can do. He tells her that if it doesn’t work he’ll quit his job. She says okay and agrees to use the micro chip. He quickly pulls out his micro chip and puts it in her ear. He then turns it on. A second later her eyes roll back and suddenly she is a ROBOT. He proceeds to use his remote control and make her do things in the conference room. Bark, jump on one foot, make funny faces, flick herself off, etc.. He has her touch her self, she touches him, she blows him, they fuck, he fake cums inside her. He then has her get dressed while he gets dressed. A few seconds later, he sits down and turns off the micro chip. Jamie snaps out of trance and doesn’t remember anything. Jamie proceeds to tell Johnny that he is an idiot and that his micro chip didn’t work. She then fires him. Johnny just smiles and walks out of the meeting room with his invention in his hand, that actually works
[footjobs, hypnosis, Limp Fetish,MENTAL DOMINATION, Mesmerize, mind control, superheroine porn,superheroines fetish ,Robots ]