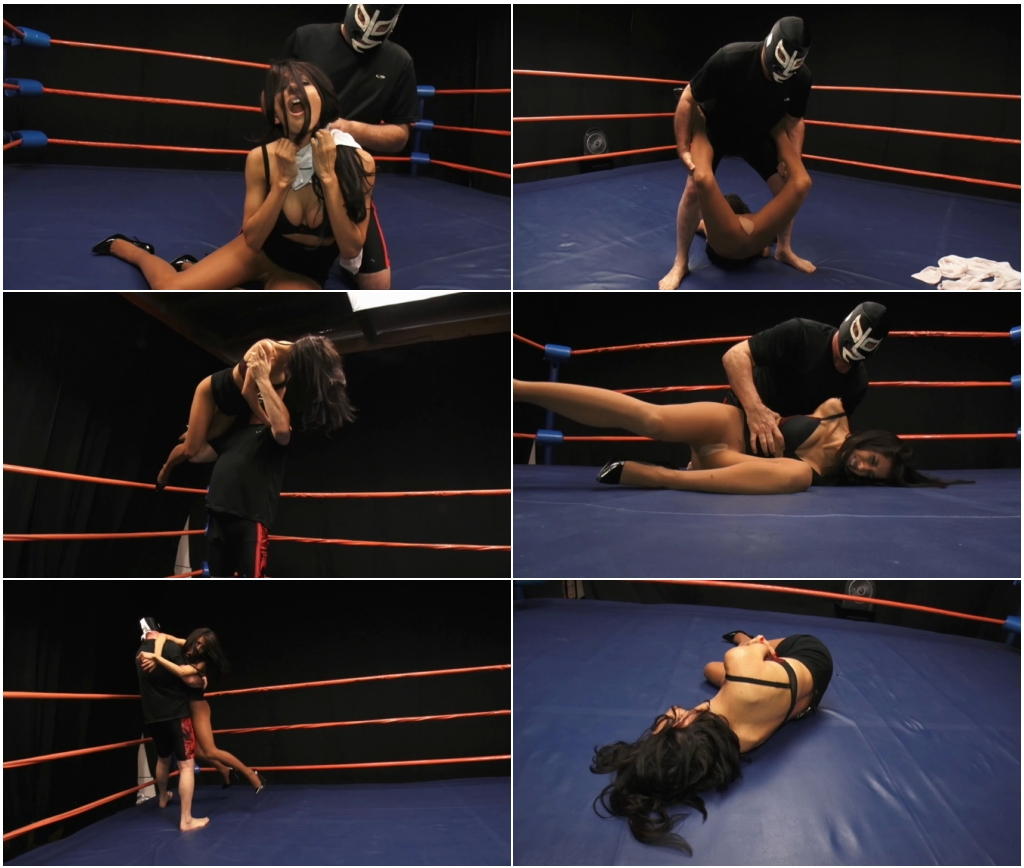 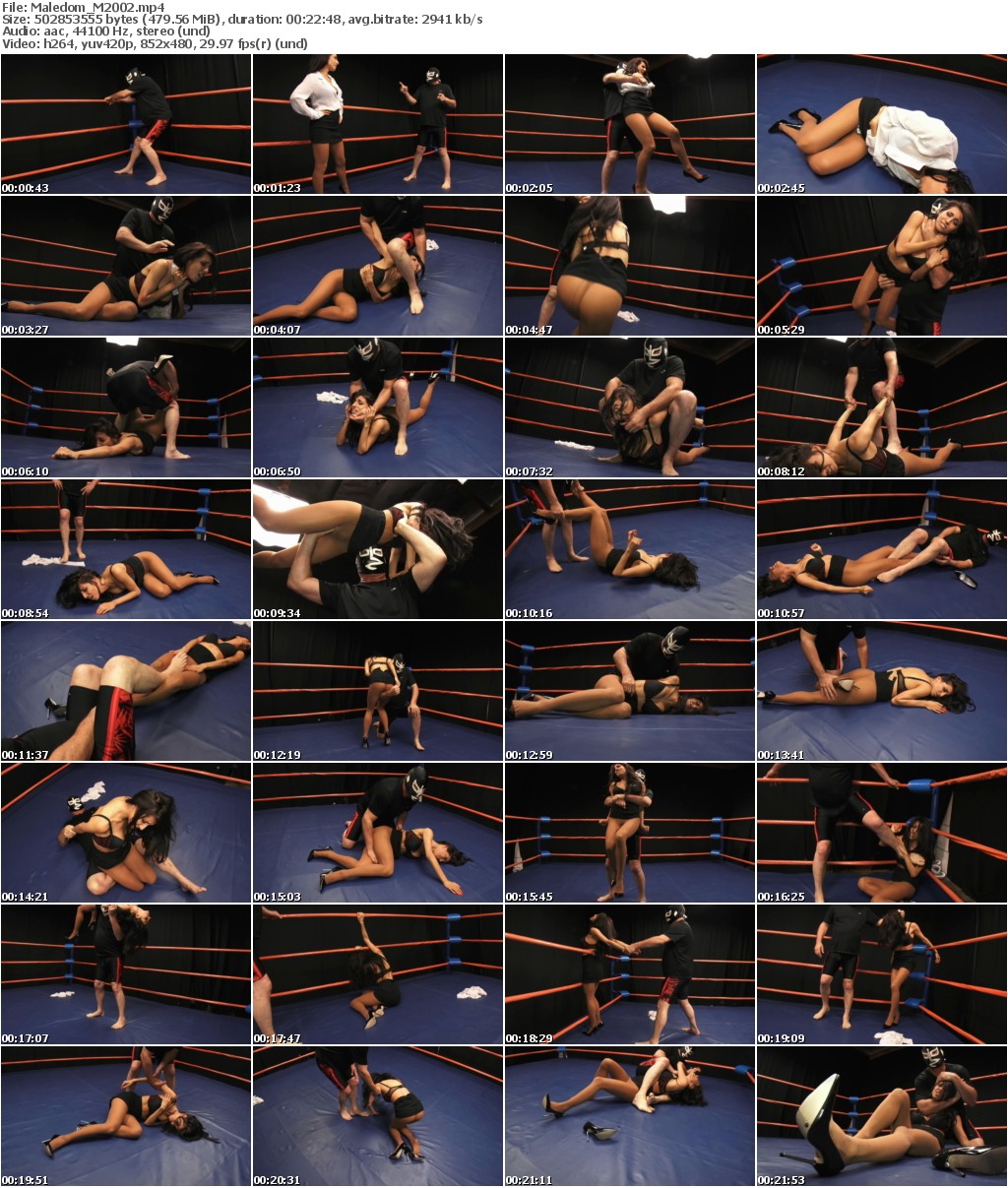 Oh so sexy in her short skirt, nylons, heels, open white shirt and black bra- Idelsy Love, the little dynamite brunette is dressed up and in the ring ready to take on the one and only, Puma. She insults the big cat and soon pays for it as Puma has her in a reverse bear hug, so sexy watching the exotic brunette wildly kick those shapely nylon clad legs as the Puma lifts her high off the ground. And this is just the first of many soaring lifts but not before he takes her shirt off so his prey exposes her sexy black and red bra, then he presses her over head, grabbing her crotch as he does, speaking of grabbing crotch Puma gets pretty touchy later, he puts his big mitts hard into her crotch as he lays her out on the canvas. Then of course we have all those great holds: body slam over his knee, chokes with foot and hand, corner destruction, and my favorite is when he puts her between the ropes and stretches her backwards. Her black hair whips wildly across her sultry face as destruction befalls her in every way, but those sexy heels stay on the whole time, except for just in the very end… she kicks wildly for air as the big cat secures that final choke – another girl has been PUMED!!!
Tags:Maledom,Male Domination,superheroine,superheroines,Humiliation,storylline,Mixed Wrestling,Submission,froced orgasm,super hero, super heroines