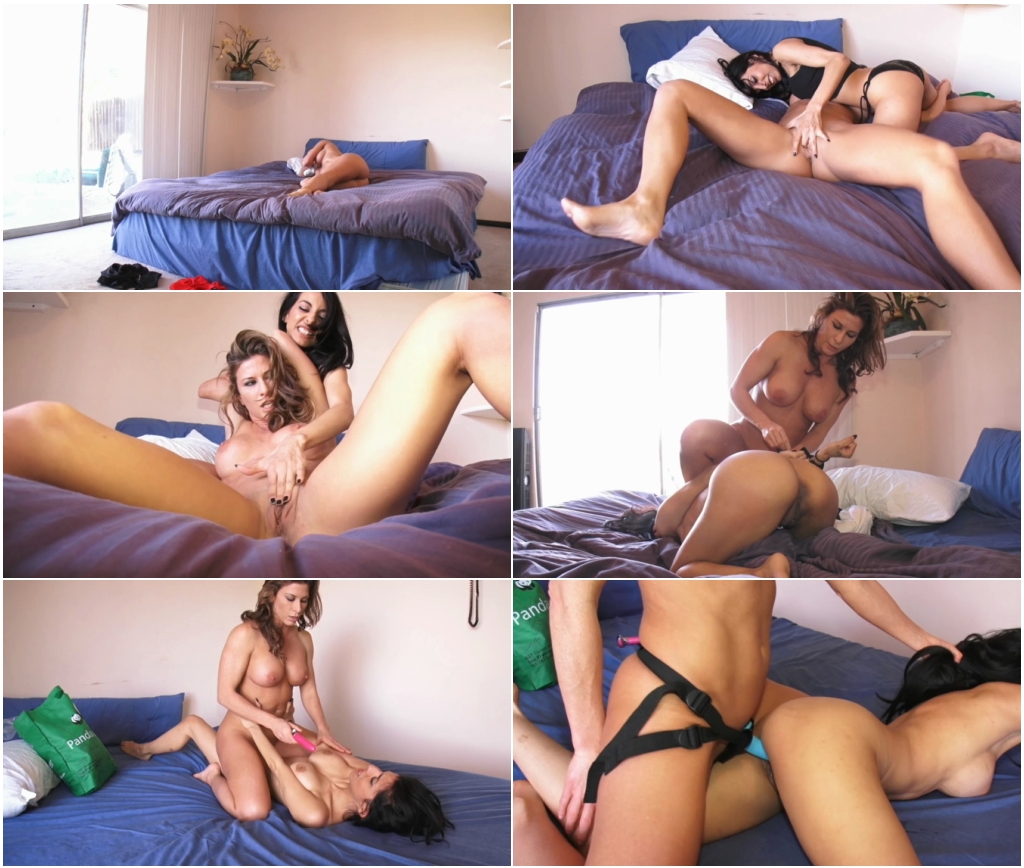 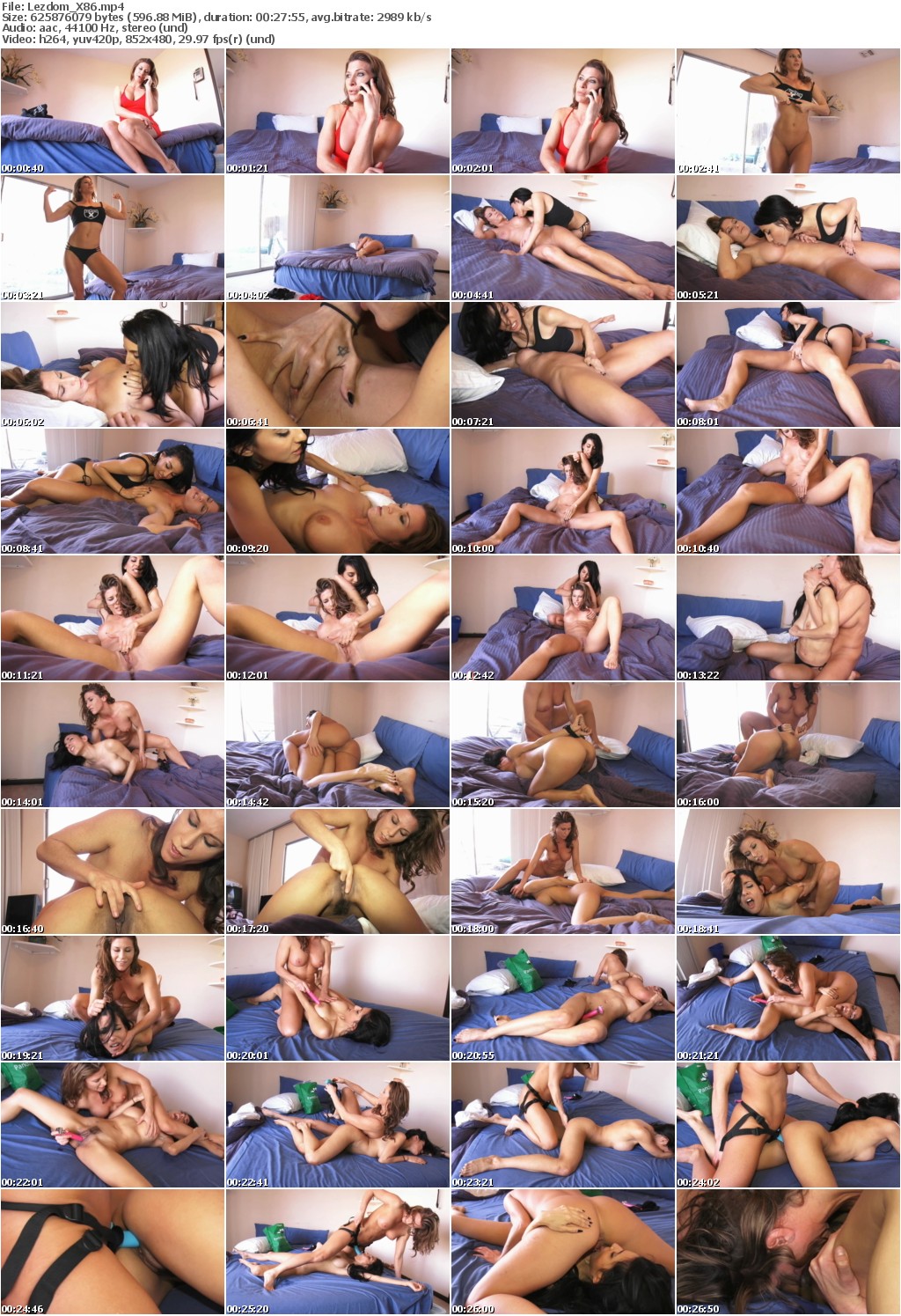 The 800 club is losing its fighters because no one wants to fight Ariel X, of course not, in a sexual battle she is the top dog. She puts on her X team outfit and decides to take a nap when Idelsy Love sneaks in and surprises her in bed. Wow, Ariel is being dominated, Idelsy gets her in some great holds that allow her to sexually attack the famous X, a crucifix has Ariel’s arms trapped so the brunette can do as she pleases to the sexy Ariel, her breasts, lips and pussy are the targets of pleasure and then she moves to a grapevine for more sexual gratification. X being dominated this is… not going to last, no because you can’t keep X down. Once she escapes she really is going to make Idelsy pay, she ties her hands behind her back and proceeds to have her way with her pussy; fingers and vibrators are inserted till we have a very wet juicy center and then Ariel does what she is famous for – she straps it on, that’s right time for the strap on. From behind Ariel holds on to that cute little ass and rams it in, over and over she jams in her rubber cock, then it’s time for some oral gratification as she both gives and receives – all the time in complete control. and she is just getting going !!!!!
tags:catfight,lesbian domination,lezdom,female wrestling,strapon,strap-on,forced orgasm,tied,facesitting,pussy licking,dildo,pussy fingering