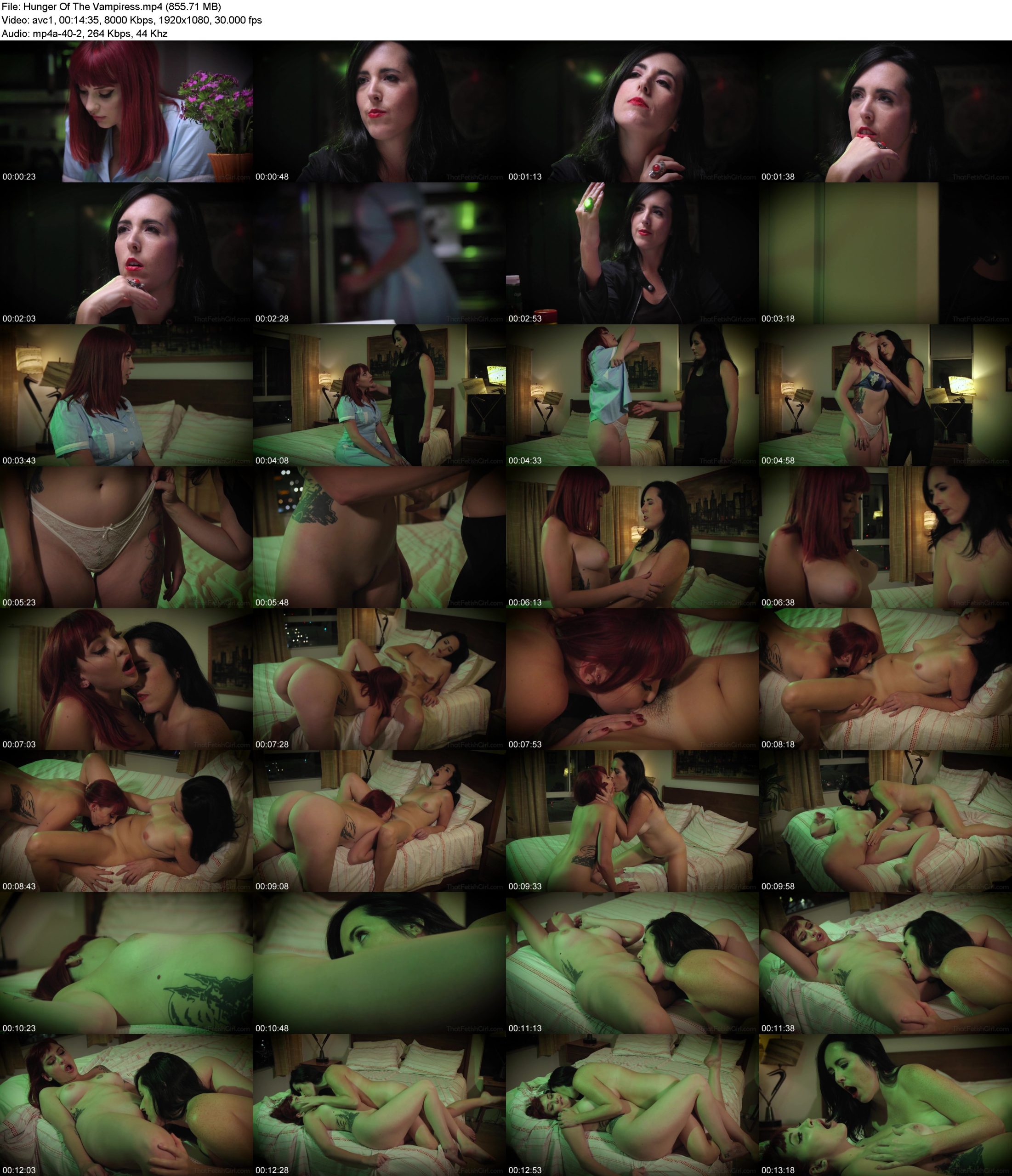 Amber Ivy & Dixie Comet
Amber is a truck stop waitress at an Inn just off the highway working the overnight shift when a mysterious woman walks into the empty establishment. Amber offers her coffee but she waves it away and asks for a glass of red wine. She smiles at the woman and tells her that it’s a Diner and they don’t have wine, “Coffee, cherry pie, biscuits and gravy. sure. No Wine.” The woman instead orders the steak and eggs, extra rare, hold the eggs, which elicits a raised eyebrow from Amber but she smiles and puts the woman’s order in anyway.

The dark woman asks about rooms at the adjoining Inn and then shocks Amber by suggesting that she join her in her room. Amber is at a loss for words and before she can recover the woman waves a mysterious ring on her finger in front of her face and it glows with magic taking over Amber’s control of her mind. Before she know’s what has happened she is in a hotel room under the control of the stranger. She starts touching Amber’s body and strips her out of her clothes. She kisses her lips and her body taking a special interest in her neck and then has Amber taste her first as she strips out of her own clothes and pushes Amber’s face between her legs. Amber licks her pussy until she has an orgasm and now it’s time for the main event. She pushes Amber back and kisses her way down from her neck to her pussy. She bites her thighs before settling in on her pussy and licking her until she cums as well. Filled with her prey’s sexual energy, the Vampiress now shows her fangs as she slowly climbs back up Amber’s body to her neck for the final bite and passionate draining as she empties her sweet waitress and then leaves her.
tags:superheroine porn,superheroines fetish,humiliation,fantasy,lezdom,lesbian domination,horror,mind control,vampire,vampires tina lee comet