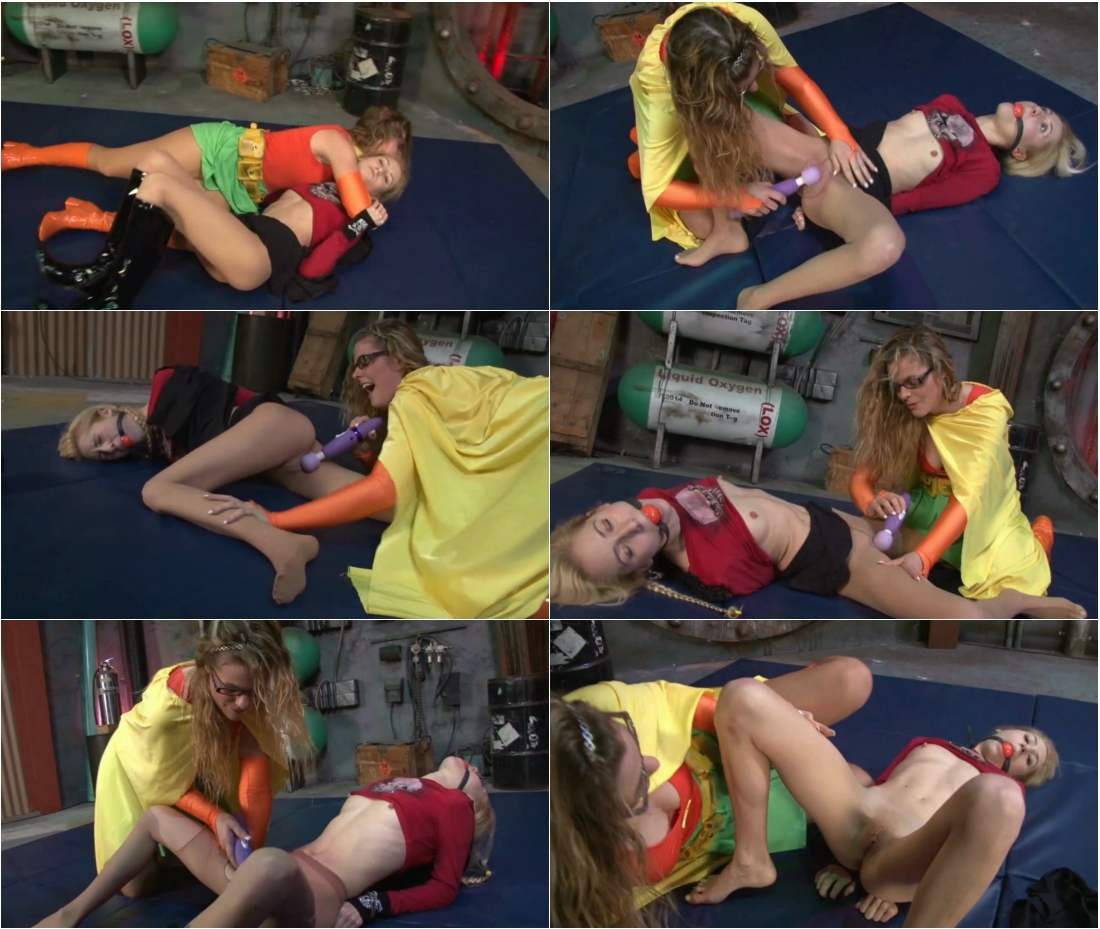 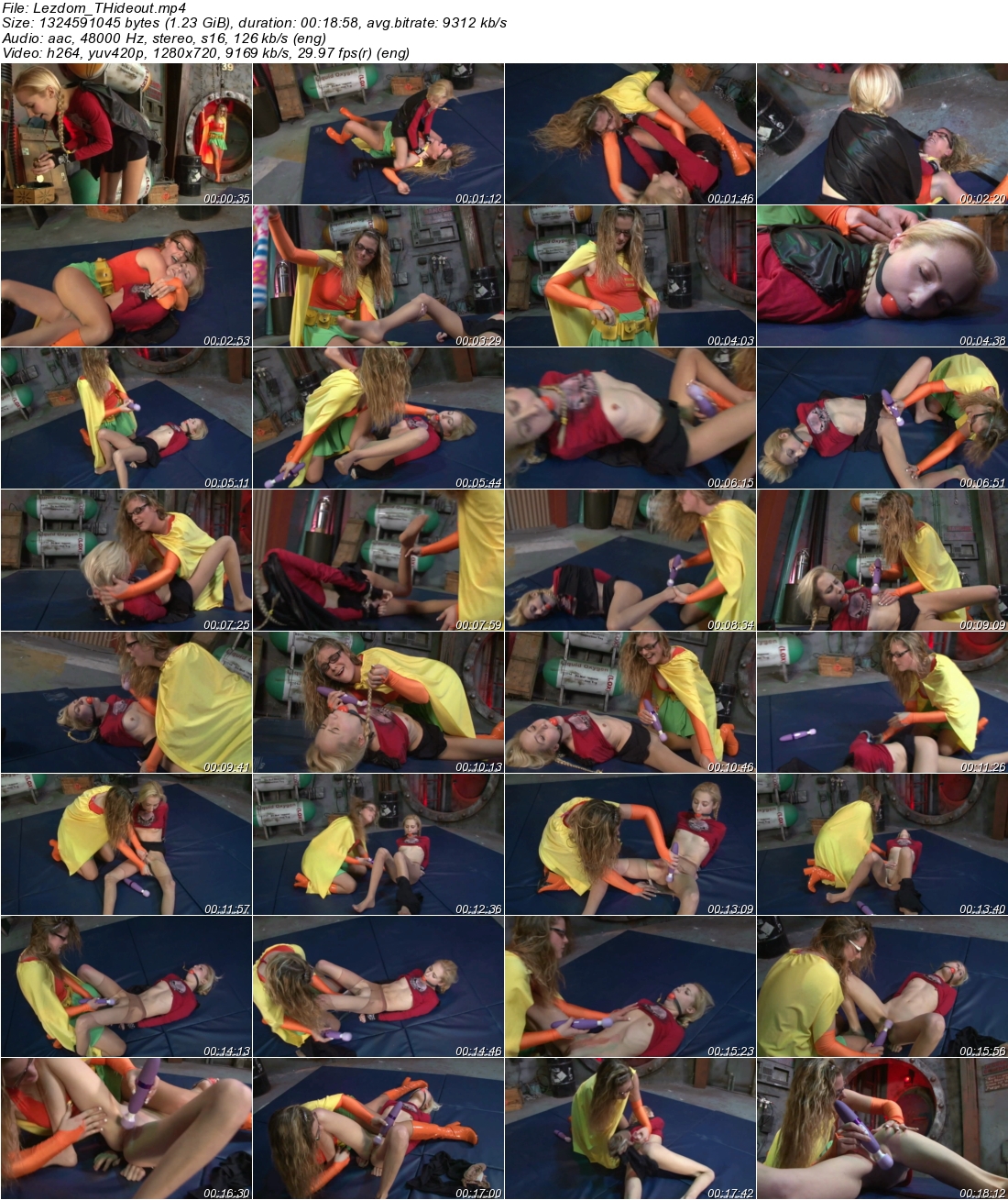 Grim Mandy (played by the super sexy Odette Delacroix) was considered one of Tiedsvilles most devious villains. There is no crime that Mandy will not commit. Grim Mandy is also not beyond using other villains to help her commit some of her more complex crimes. So Grim Mandy found out that a stash of gold doubloons and a large diamond were on loan to the local history department at Tiedsville University. So she enlisted the help of Nemesis (played by the blond bombshell Kendra Lynn) to steal the priceless stuff.The two were of course successful. But the League was searching for them so they had to hide. Grim Mandy had an under ground hide out that she conveniently forgot to tell Nemesis about it leaving her partner out in the cold. So as Grim Mandy was counting the take, Nemesis proved to be much smarter then she looked and showed up! It was no surprise that Nemesis was a bit miffed by the fact that she had been ditched by her so called partner. The two exchanged words and then it was game on!The two combatants engaged in a heated battle. The fight swayed back and forth with each seemingly getting the upper hand only to then loose it. But slowly the fight ground down both girls but Nemesis proved the better fighter and she managed to dispatch Grim Mandy! She then removed Grim Mandys boots (on screen). Nemesis handcuffed and ball gagged Mandy and then it was time for some erotic fun. Pulling out a hitachi, Nemesis began to force poor Grim Mandy to cum several times. Each a little more humiliating then the other. After awhile, Nemesis decided to search the hide out some more and see what else Grim Mandy may be hiding. Then she left poor Grim Mandy alone, bound , gagged and humiliated.
Category: SUPERHEROINES
Related Categories: SUPER VILLAIN, GIRL-GIRL, FORCED ORGASMS, PANTYHOSE/STOCKINGS, HANDCUFF AND SHACKLE FETISH Keywords: odette delacroix, kendra lynn
tags:superheroine,superheroines,lesbian domination,lezdom,story line ,storyline,froced orgasm,submission,humiliation,super hero, super heroines ,superheroines porn,superheroine porn , superheroines adult movies,catfight,cat fight,,female fighting,ring wrestling,female wrestling,Scissors,catfighting,cat fighting