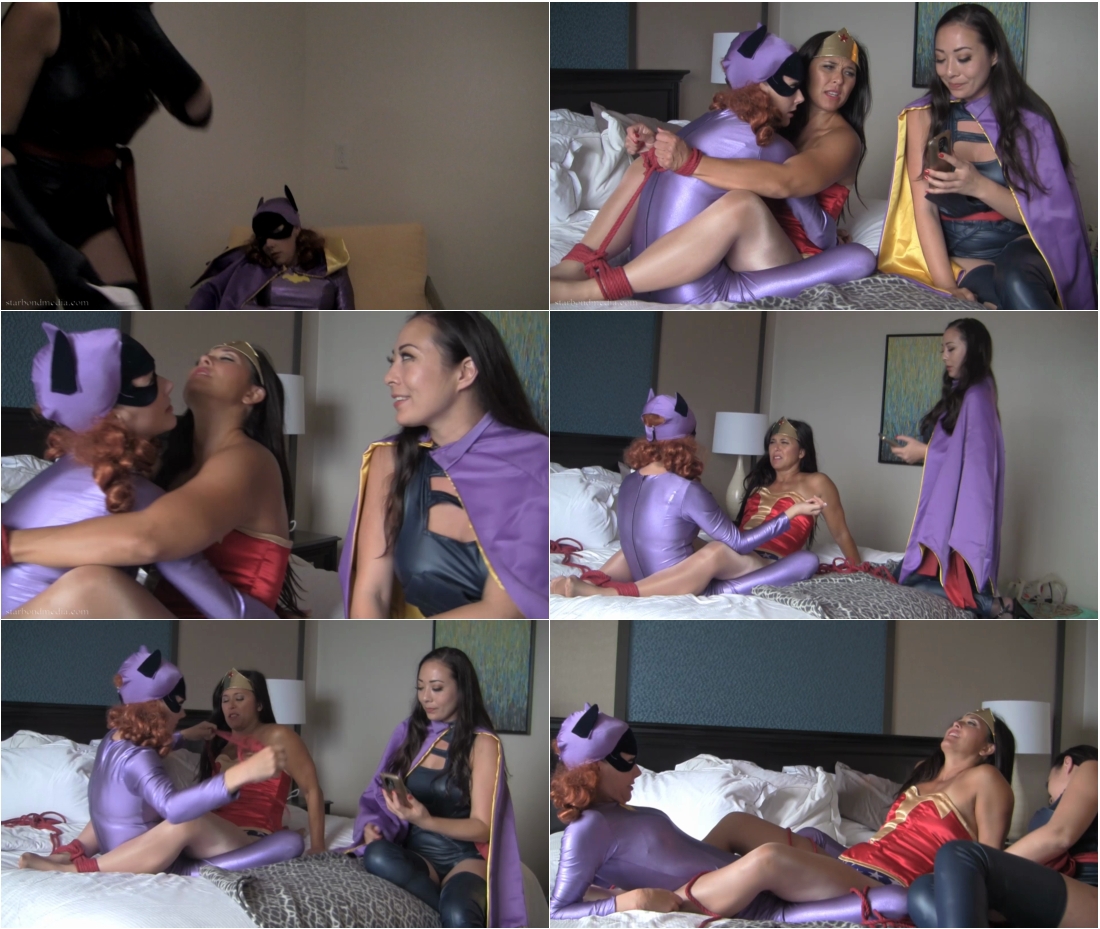 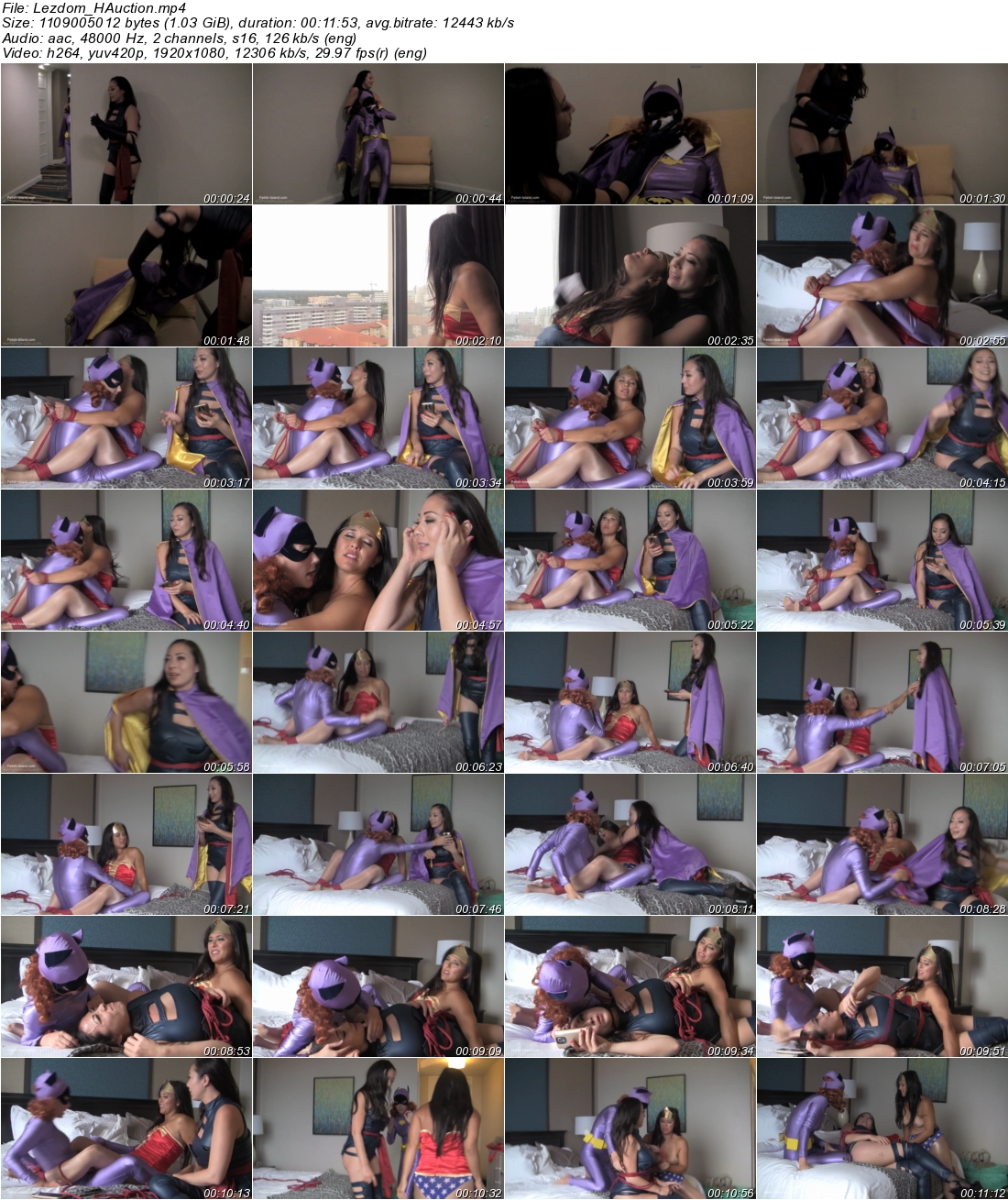 Superheroines have been going missing. Part of Psylocke’s (Nyssa Nevers) retirement plan. She’s been collecting heroines and auctioning them off to the highest bidder on the dark net. Batgirl (Star Nine) is hot on her tail, but is stunned when she turns the corner and runs into Psylocke face to face. She reaches for her belt too late.
Wonder Tomi (Tomiko) watches out the window, waiting for Batgirl. Psylocke knows just where to find her.
With two heroines in the bag, Psylocke opens the bidding. Wonder Tomi & Batgirl struggle face to face, their legs and arms tied around each other. They make progress on the rope, but as they get close to escaping, Psylocke uses her mind control to keep them in place.
The bidding goes higher and higher. Psylocke’s control wears off and Wonder Tomi is able to deflect her next attempt, her tiara glowing with the deflection. Batgirl & Wonder Tomi pretend to be under Psylocke’s control, eventually smashing her phone and ending the auction. Psylocke struggles against the ropes that bind her lamenting the riches that could have been.
Category: SUPERHEROINES
Related Categories: SUPER VILLAIN, HUMOR, BONDAGE, MAGIC CONTROL, ESCAPING
Keywords: star nine, tomiko, nyssa nevers, wonder woman, batgirl, psylocke
tags:superheroine,superheroines,lesbian domination,lezdom,story line ,storyline,forced orgasm,submission,humiliation,super hero, super heroines ,superheroines porn,superheroine porn , superheroines adult movies