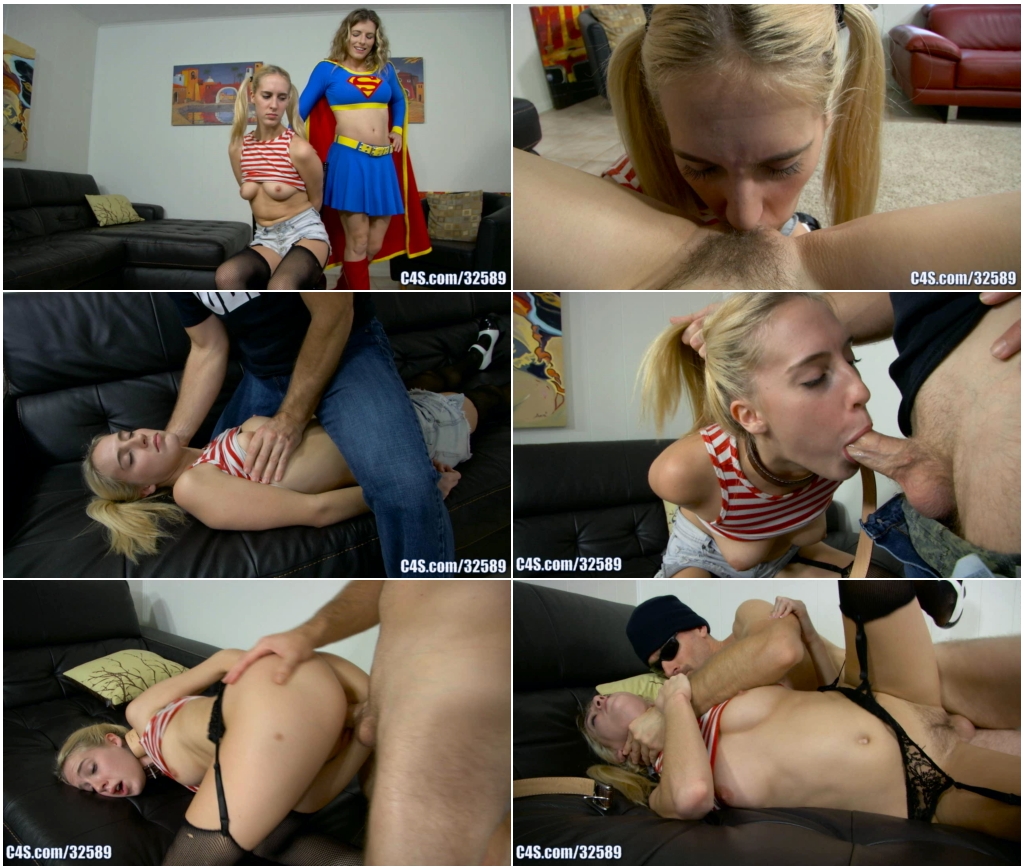 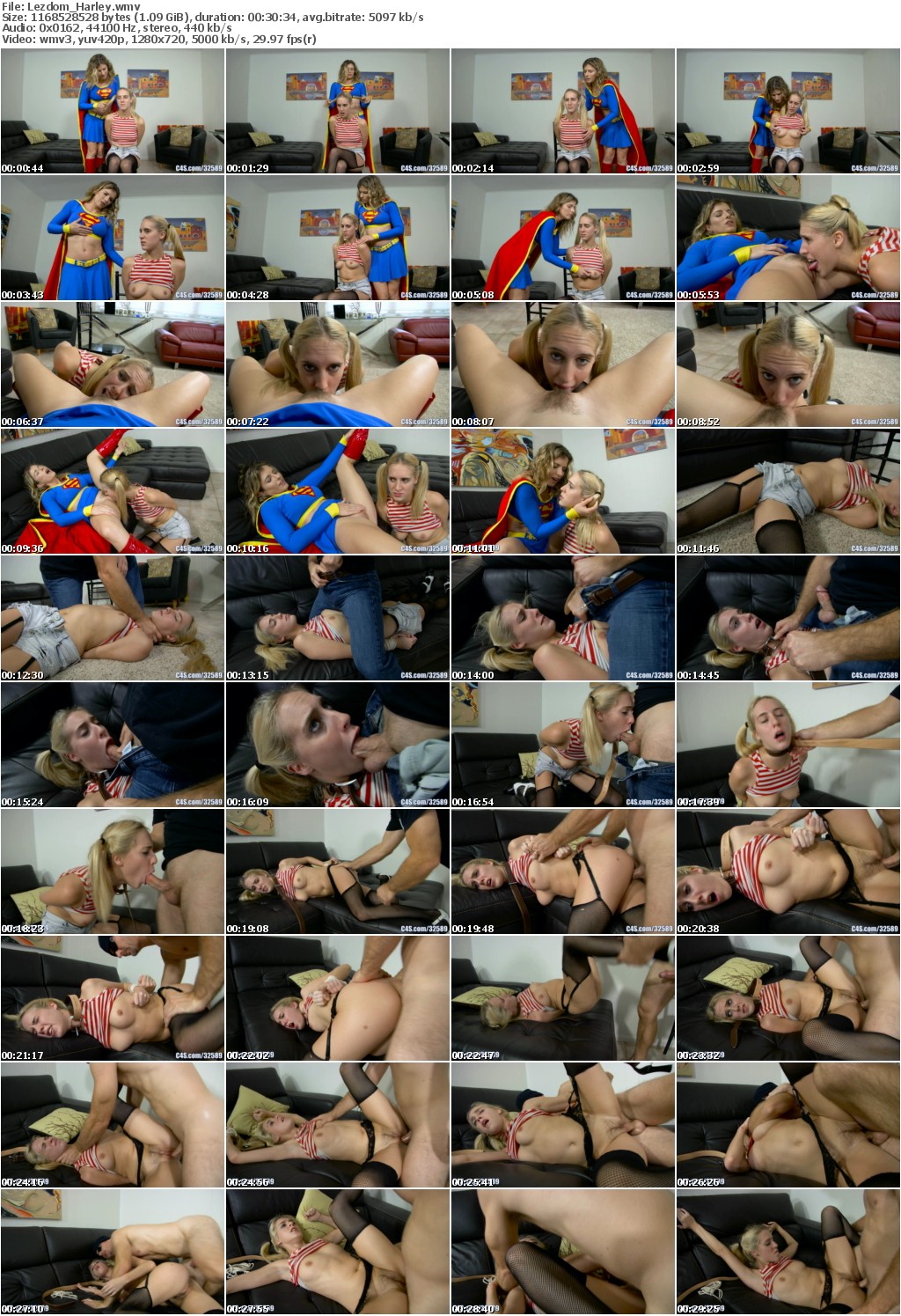 Scene One: Blonde handlebars
Harley Quinn has been captured and tied up by the powerful Super Gurl. There’s a way I could let you go Super Gurl tells her. She wants Harley to do some jobs for her, jobs that a hero just can’t do. I’m not working for you Harley responds. Well Super Gurl has ways to get people to work for her. She starts recording the perfect blackmail video.

She grabs Harley’s tits and squeezes them as she convinces her to work for her. Harley stays strong against the perverted super hero telling her that she will never work for her. Get down on your knees Super Gurl yells at her and grabs her pig tails. She spreads her legs and pulling on Harley’s handlebars pulls her to her pussy. Lick it Super Gurl commands her. Harley’s forced to lick and pleasure Super Gurl, and she does with a look of fear and disgust until Super Gurl cums on her face. Smile for the camera and say I love licking you Super Gurl She commands. Harley does as she’s told and Super Gurl chokes her until she , ready for the next part of her blackmail.

A few slaps to her face and a cock shoved in her mouth wakes Harley up. What the fuck do you want she screams at the man as he ties a belt around her throat and squeezes. Super Gurl films as her associate mouth fucks her. You will work for me Super Gurl says. Fuck you Harley replies.

The man is brutal on her. Thrusting himself in her mouth and making her gag. He chokes her as he uses her and Harley’s torture continues as the man sees how far he can push her before she breaks.

Harley has remained strong and not broken against even the hardest mouth fucking. The man throws her to the couch and pulls off her panties. She can’t fight him and he pushes himself inside her. She screams, and he fucks her hard with one hand on the belt around her throat.