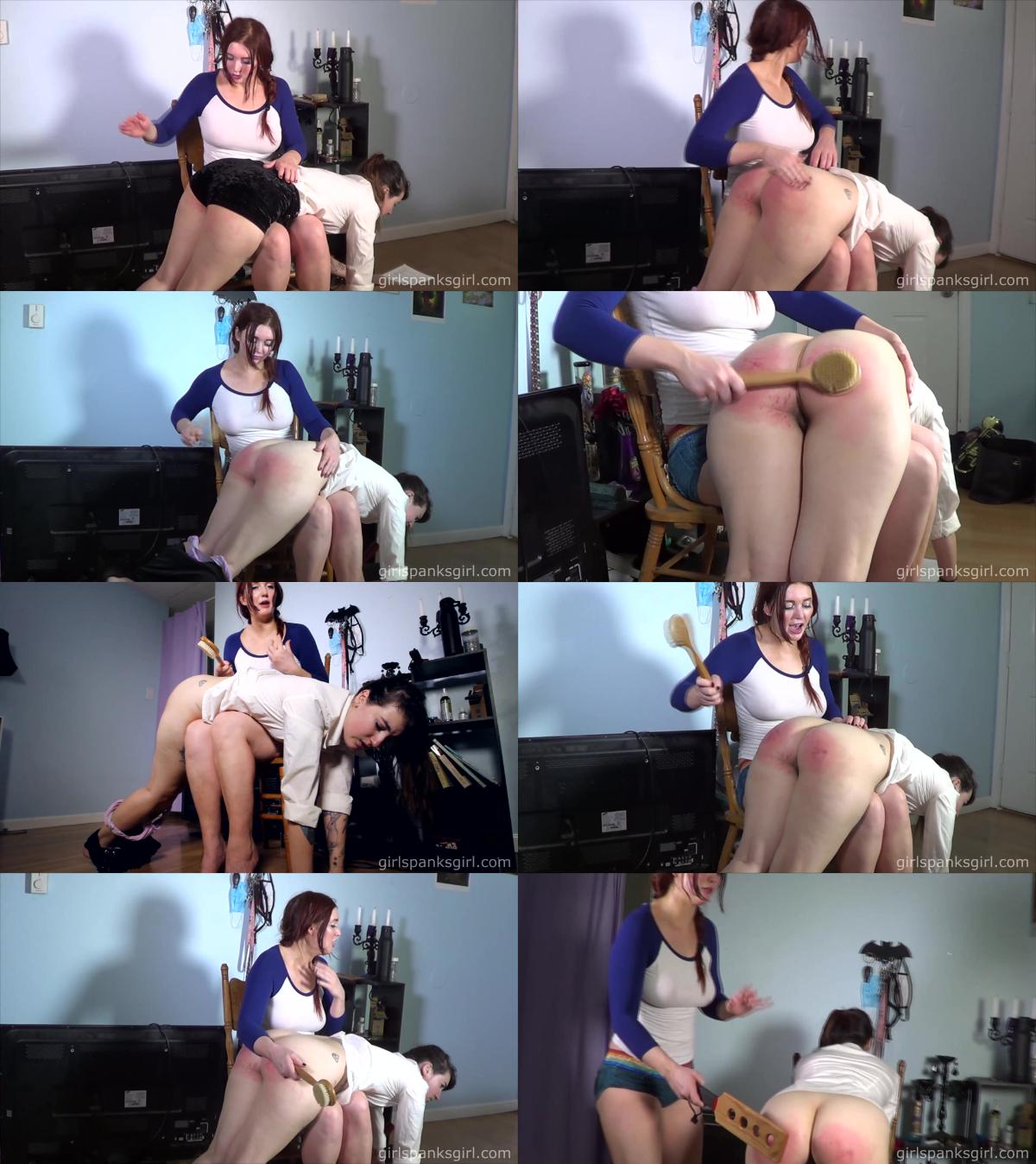 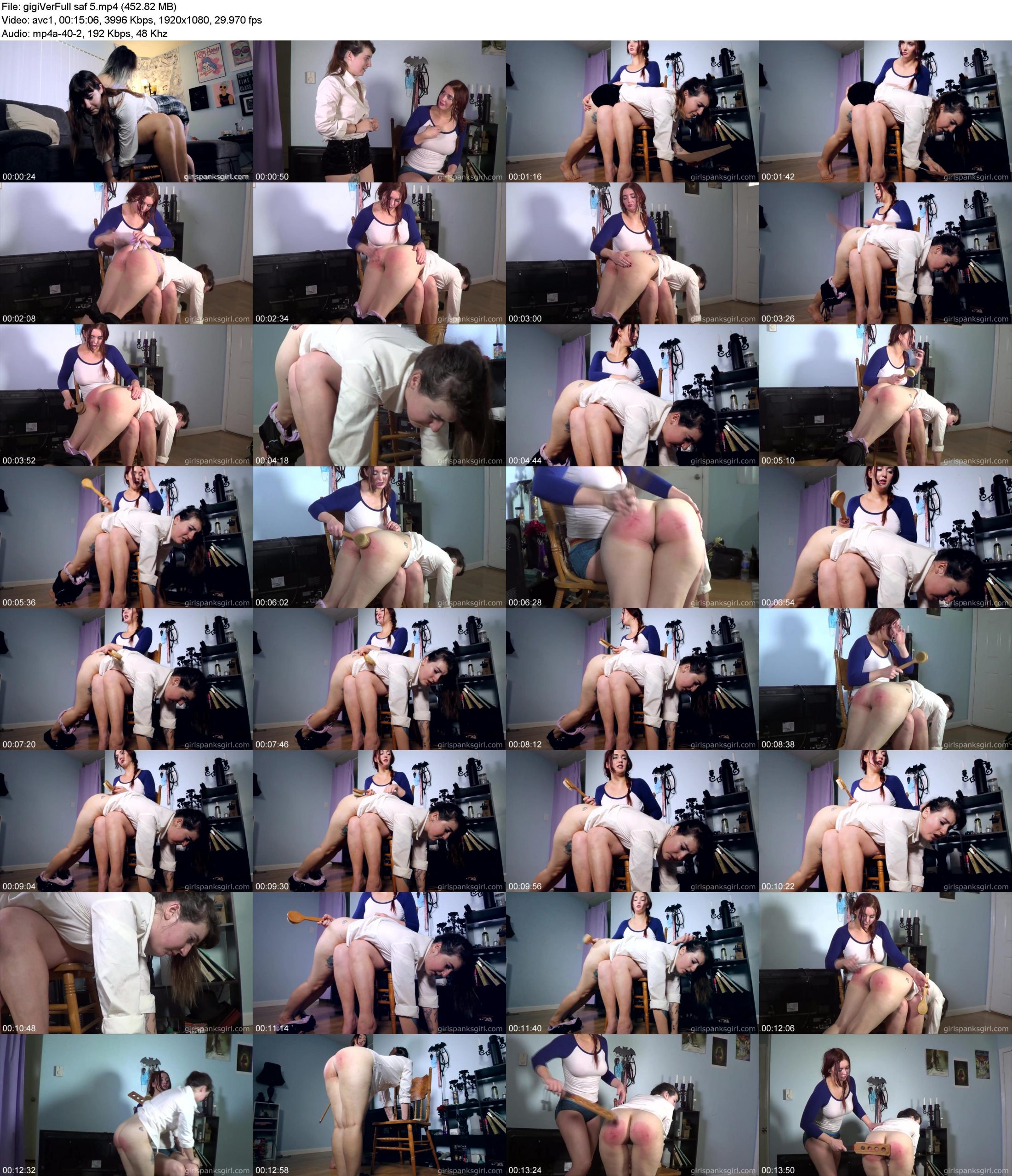 In the second part of this series, Gigi Lea is visiting her cousin Dria, who spanked her. Gigi thought the strict discipline was over, but when she gets home late, she learns that Dria has hired Veronica Ricci to be her babysitter. Veronica is even stricter, which Gigi quickly learns with a painful trip over the knee of her babysitter. She is spanked with hand, wooden bath brush, and then bent over and paddled and she must read the babysitter rules while she is punished. A lesson well learned. She will always be a good girl from now on!
Starring: Gigi Lea, Veronica Ricci
Tags: Bare Bottom , OTK , Paddle,Lezdom,Lesbian Domination,Spanking,girlspanksgirl siterip