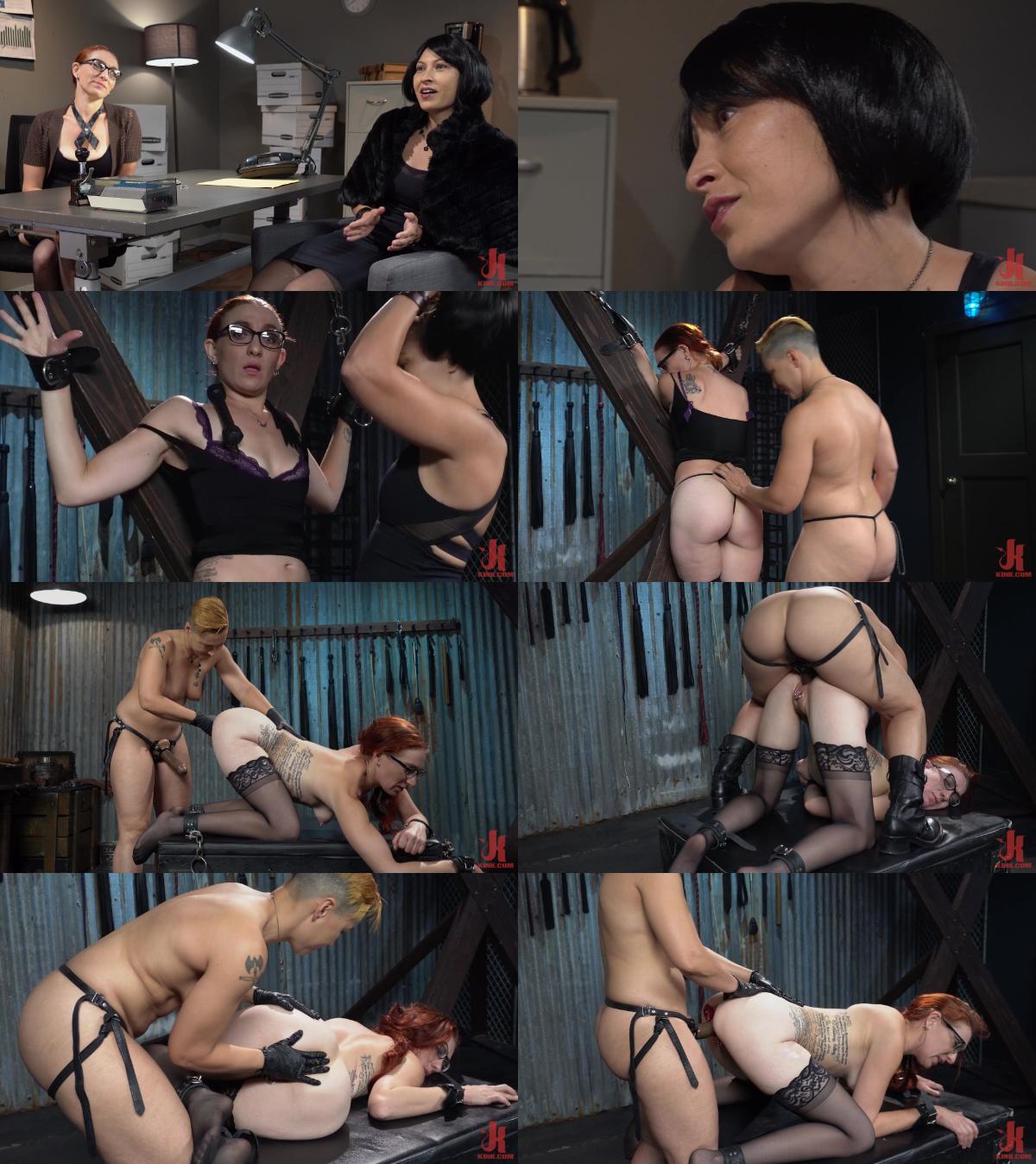 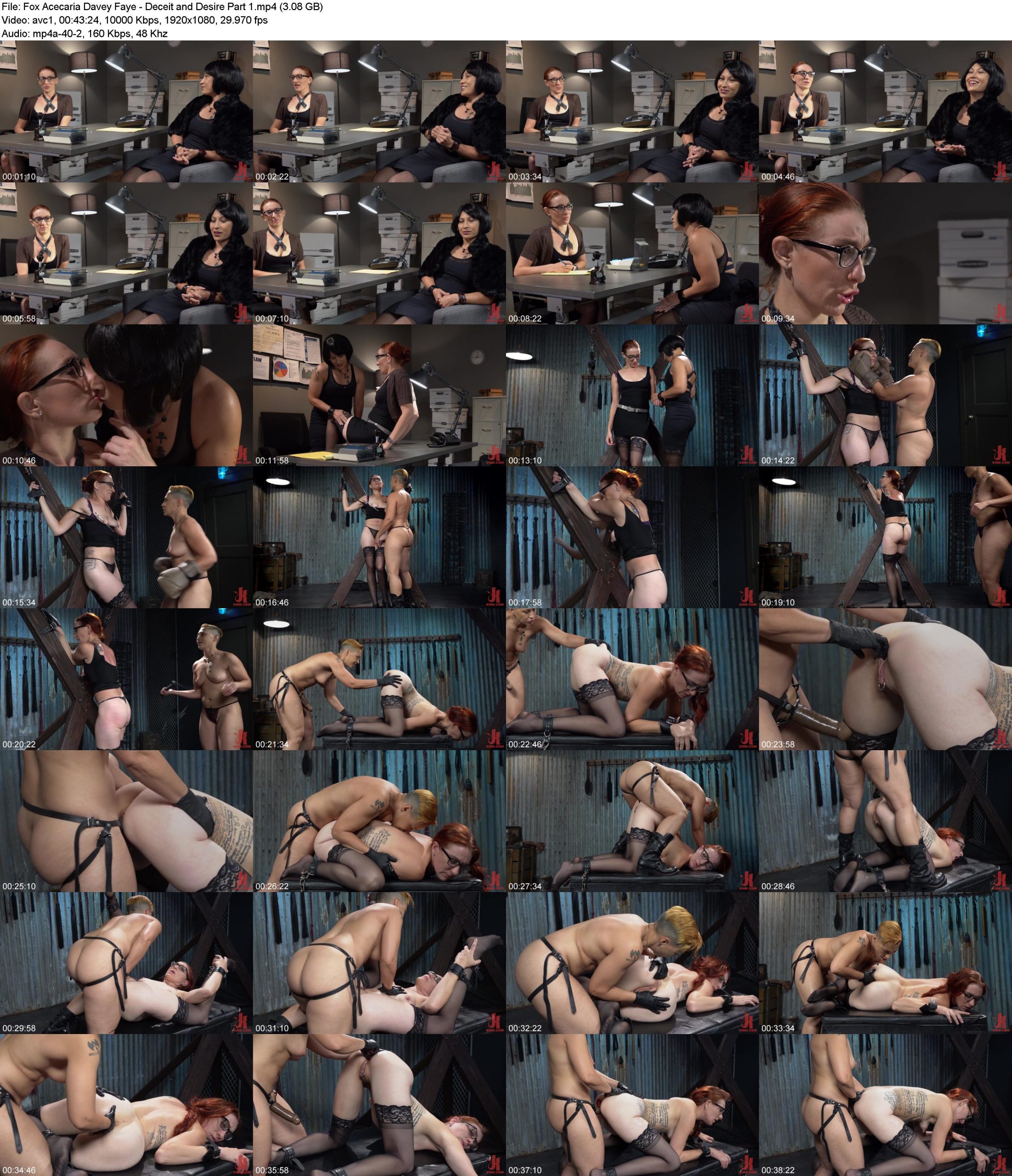 Description: Late at night, Davey Faye is working alone at the office when a beautiful woman in distress, Fox Acecaria, arrives with an urgent need. She has a flimsy story about car trouble, and needs to use the phone. Naturally, Davey’s suspicious. But when Fox confesses her attraction, Davey ignores their own better judgment and follows the stranger to a nearby warehouse. The first thing Davey notices is an array of bondage toys on the wall and a large wooded cross in the middle of the room. Davey’s lonely and ready to get some action, but they don’t yet realize the predicament they’re in. Davey willingly allows Fox to bind their wrists with leather shackles. Once chained to the cross, Fox lets her true intentions be known: she wants information on Davey’s boss, who is involved in some dirty business. Davey pleads ignorant, so out come the boxing gloves. Davey then becomes a human punching bag, taking the blows, denying any knowledge. So now it’s time for the gloves to come.off! Fox’s hands grope and caress Davey’s naked flesh. Slapping, punching, chest-thumping, driving Davey crazy. Fox caresses Davey’s ass, reaching between their thighs. Davey melts at her touch. Fox realizes she’ll get more from inflicting pleasure than pain. But dispensing pain is so much fun! So, Fox uses a leather flogger on Davey. It stings their bare flesh, turning their back red. Fox chains Davey’s face down on a wooden box with their ass up in the air. Fox fingers Davey’s pussy. She lubes up her strap-on dildo and slides it in Davey’s eager pussy. Yes, this is what Davey wanted all along. Fox climbs up on the box to straddle Davey, plunging that dildo deep inside. Davey finally goes quiet, succumbing to the intense feeling, then moaning, unable to hide the pleasure. She then flips Davey over, legs wide in the air. This is what Davey needs. Davey forgets about protecting their boss. Fox gets to work, pounding that pussy, making Davey scream with delight. Fox rolls Davey over and plays with their ass. A beautiful red glass butt plug is inserted. Davey has to relax to accept it, having to hold on to it while getting fucked in the pussy. It’s a tight fit, but Fox works that cock in until Davey breaks and promises to help Fox if she fucks them right. Davey is left a limp, quivering pile of flesh, willing to do or say whatever their lover commands.
tags:lezdom fetish,lesbian domination porn,catfight ,submission,humiliation,strapon,anal,facesitting