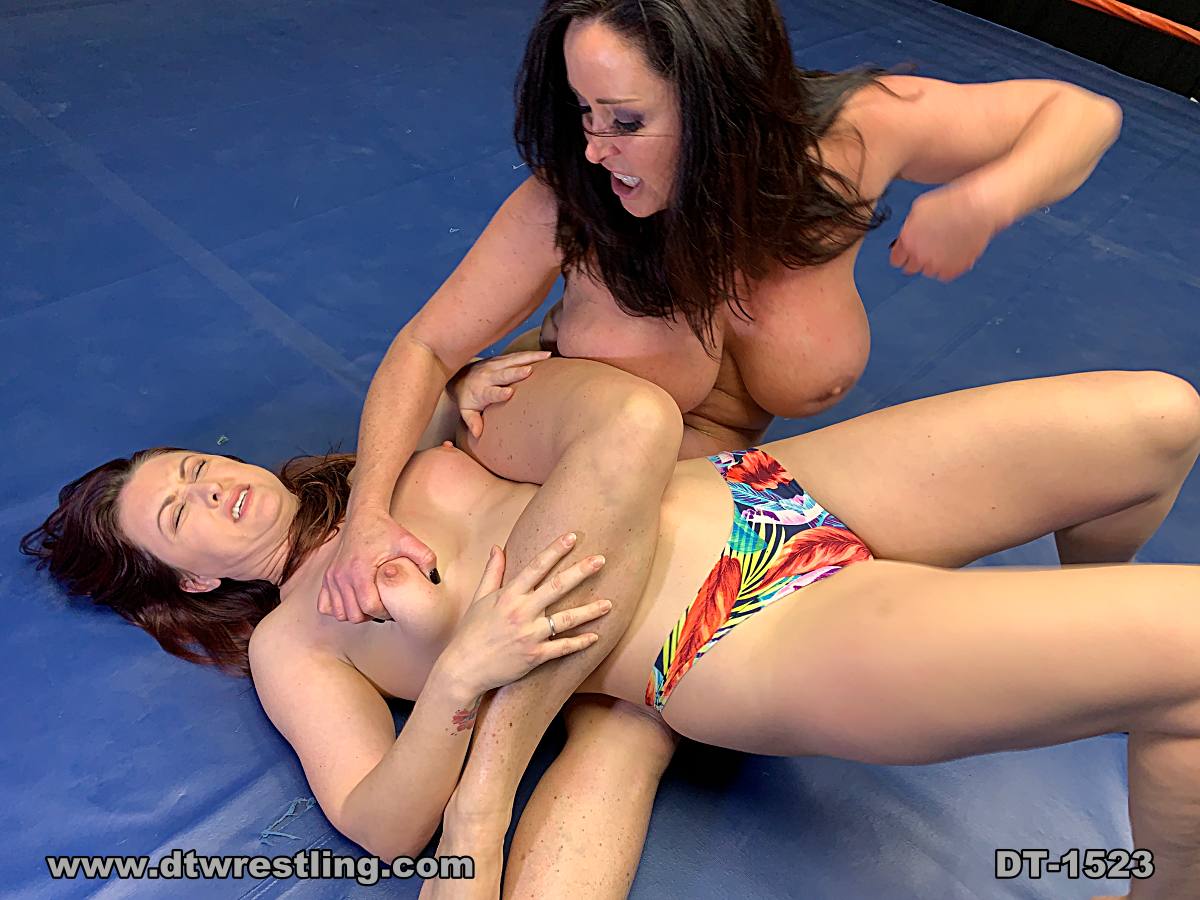 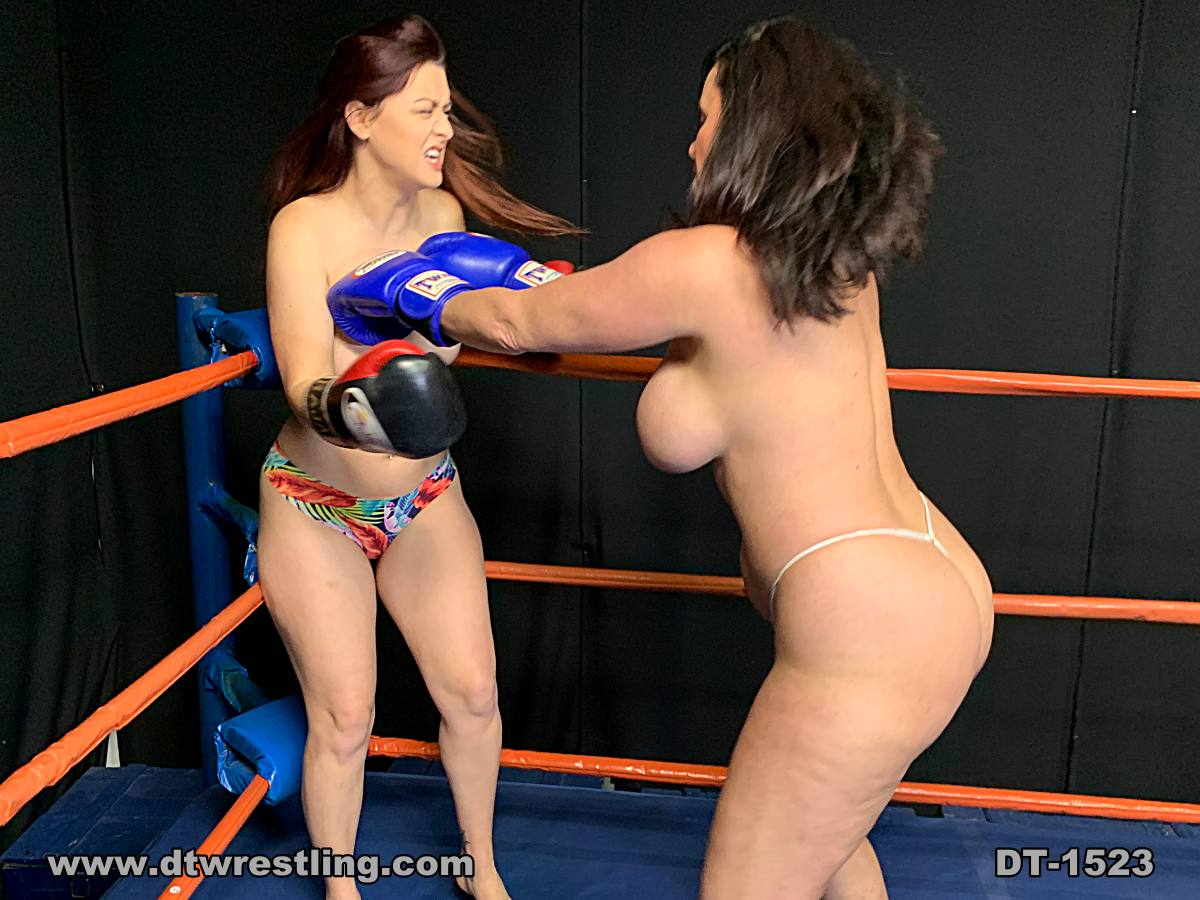 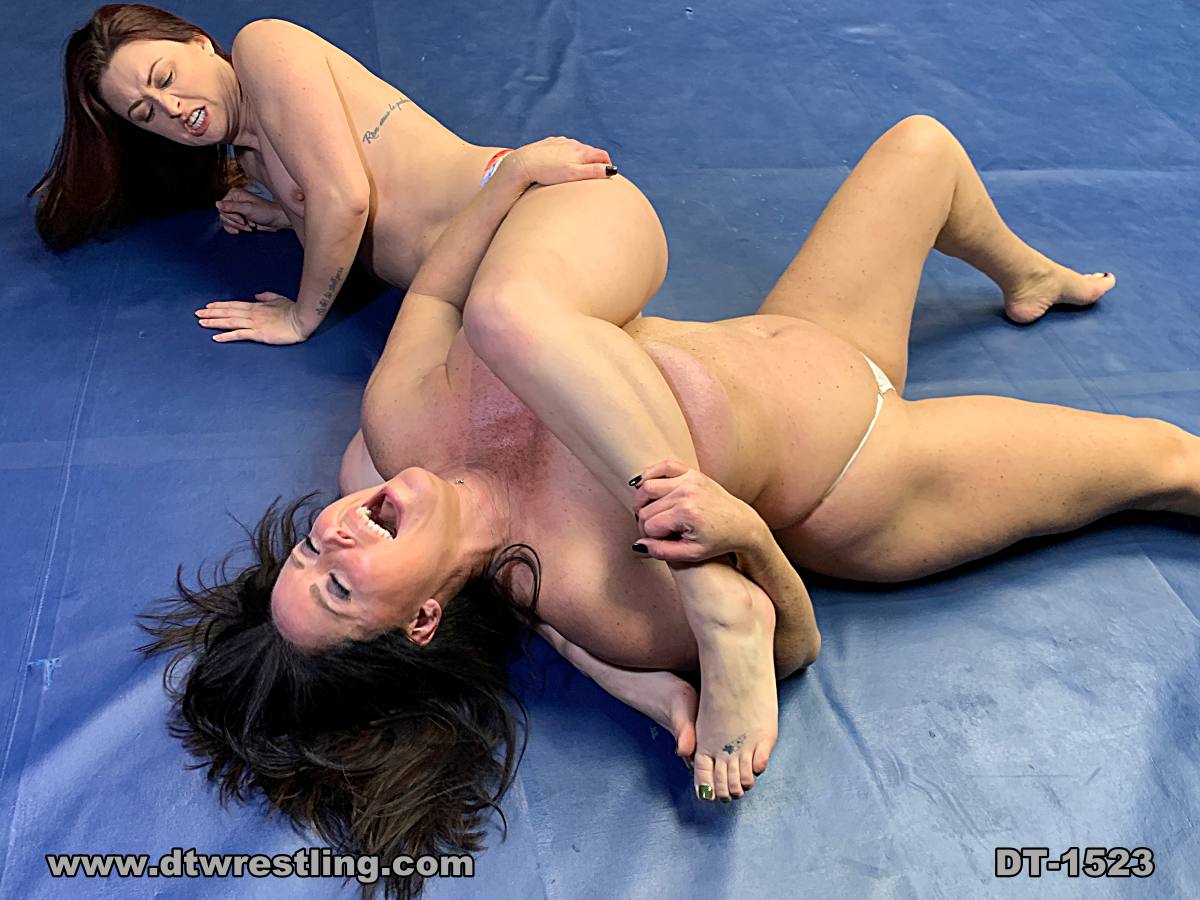 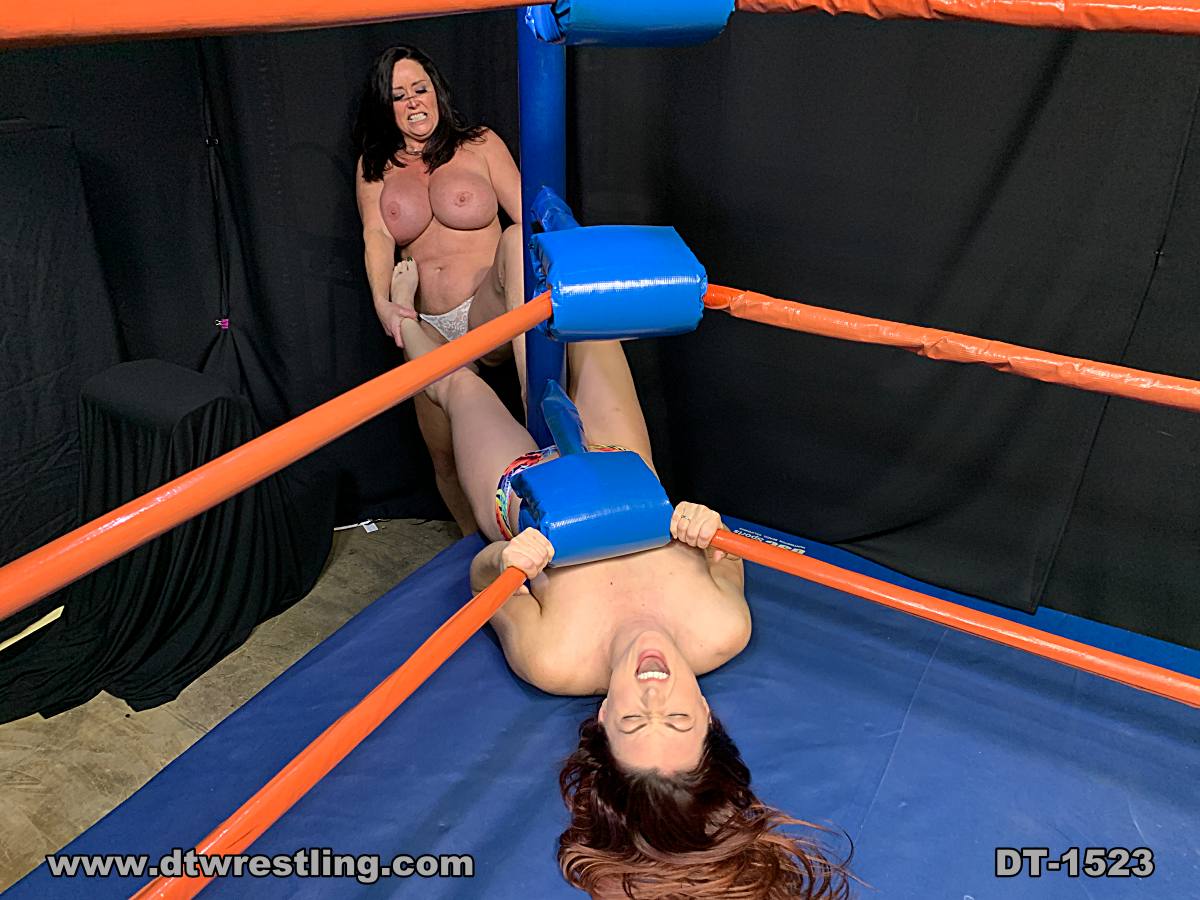 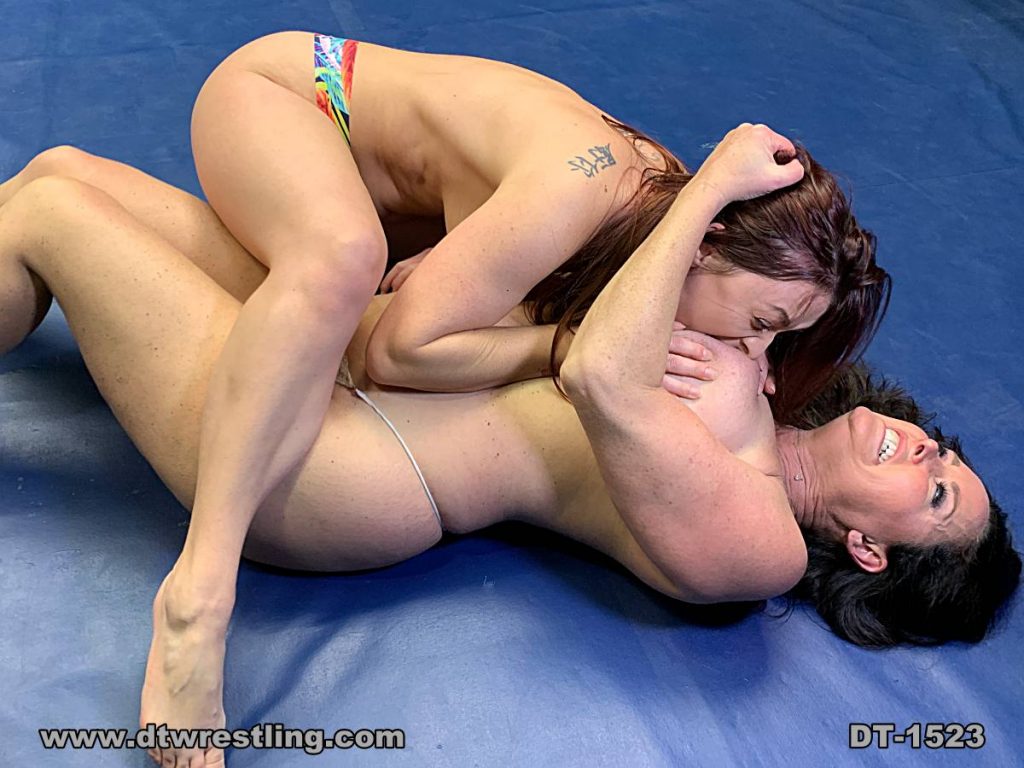 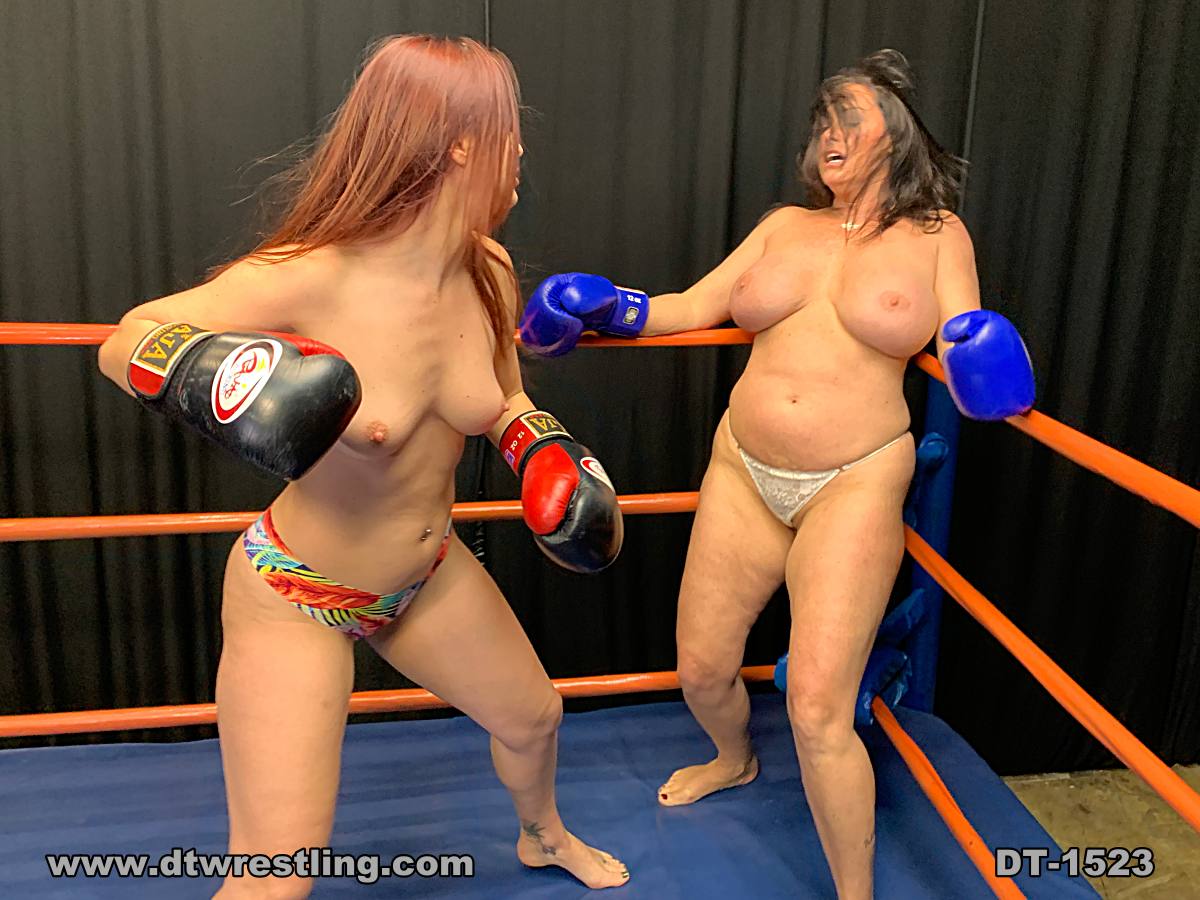 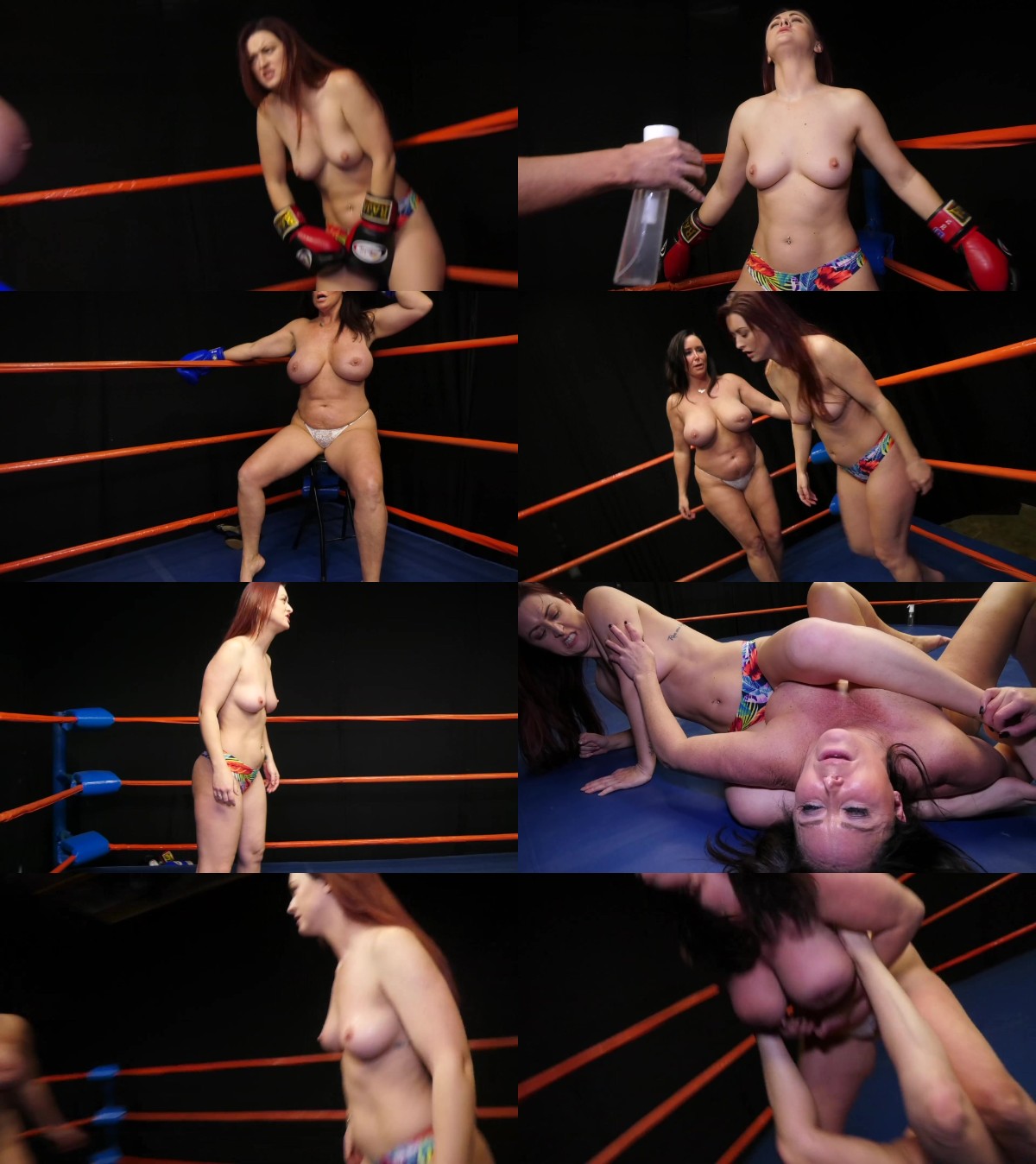 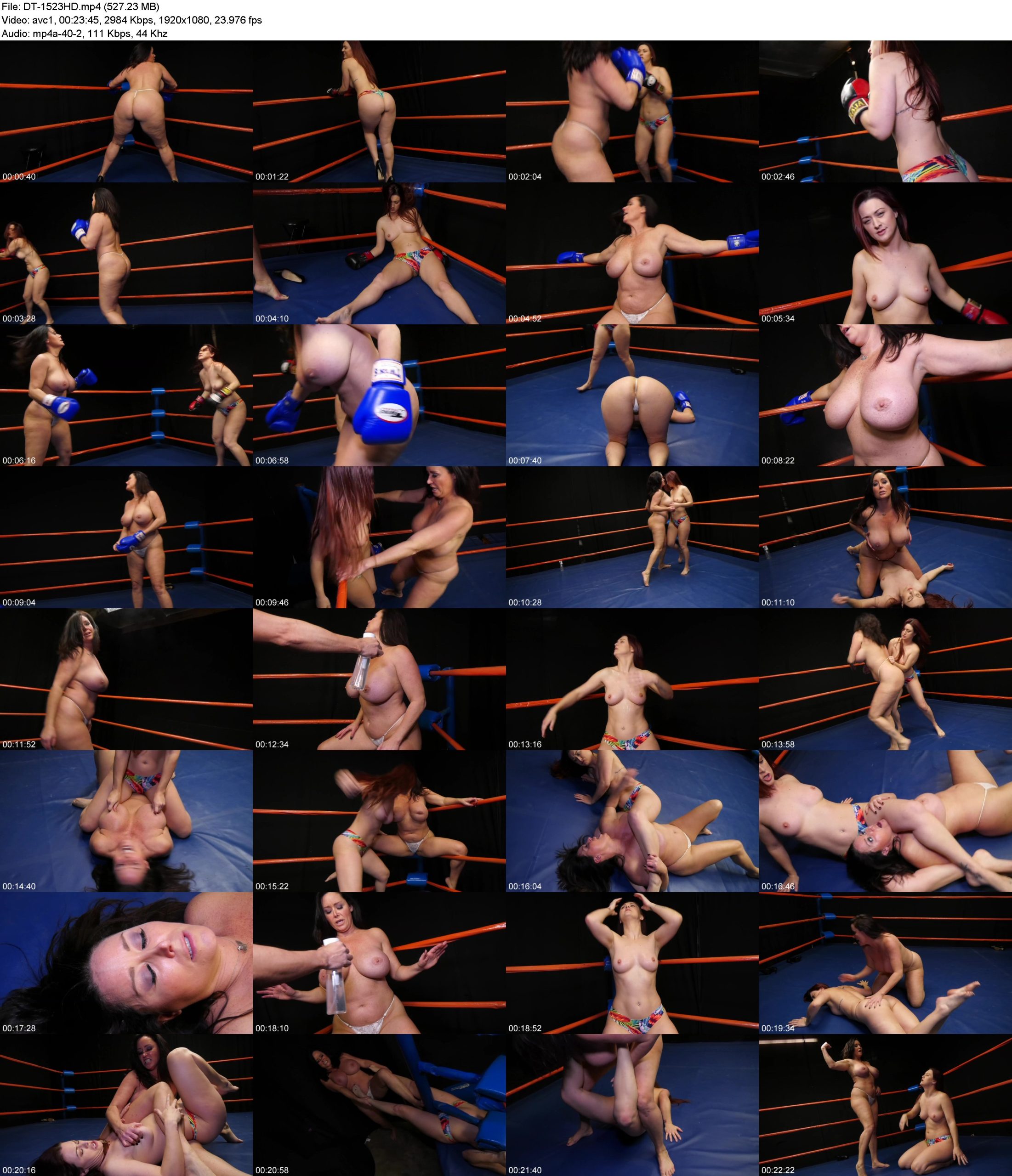 Christina Carter and Karlie Montana are topless in their corners showing off their beautiful bountiful butts and telling us how they are going to destroy. They start out boxing with Christina getting some killer blows in the corner, first to Karlie’s gut, then tits get banged and finally she goes to her knees to get leverage for crotch blows. Eventually Karlie gets her shots at Christina’s large breasts, bouncing her boobies across her chest, then Christina really takes charge with head shots that put Karlie down. In their corners they get their full bodies sprayed to cool down. The second round goes back and forth as each babe gets her time with both destruction and agony, till one lies face down ass up. Next comes a breast challenge, they ram their chests together pushing each other from rope to rope till one has the other down for a forced breast smother. Another corner spray down leads them to the next few rounds of a wrestling catfight where holds are used along with catty attacks that include biting butts and breasts. They also still use their fists but now with out the boxing gloves, breasts get super battered also crotches. Body and neck scissors that lead to savage breast destruction, one even goes outside the ring for some wild ring post crotch slamming. Wow, you get it all in this fabulous match – so get it all and get it now !!!!!!
tags:lezdom fetish,lesbian domination porn,catfight ,submission,humiliation,overpowered, facesitting boxing