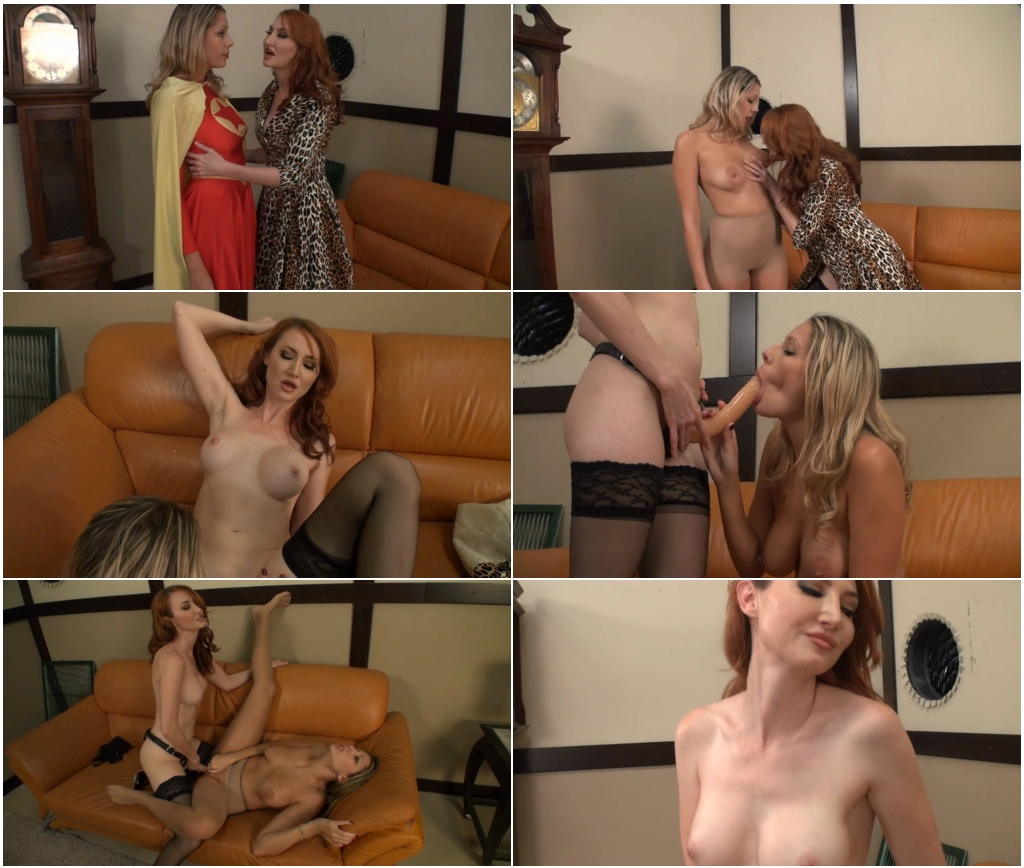 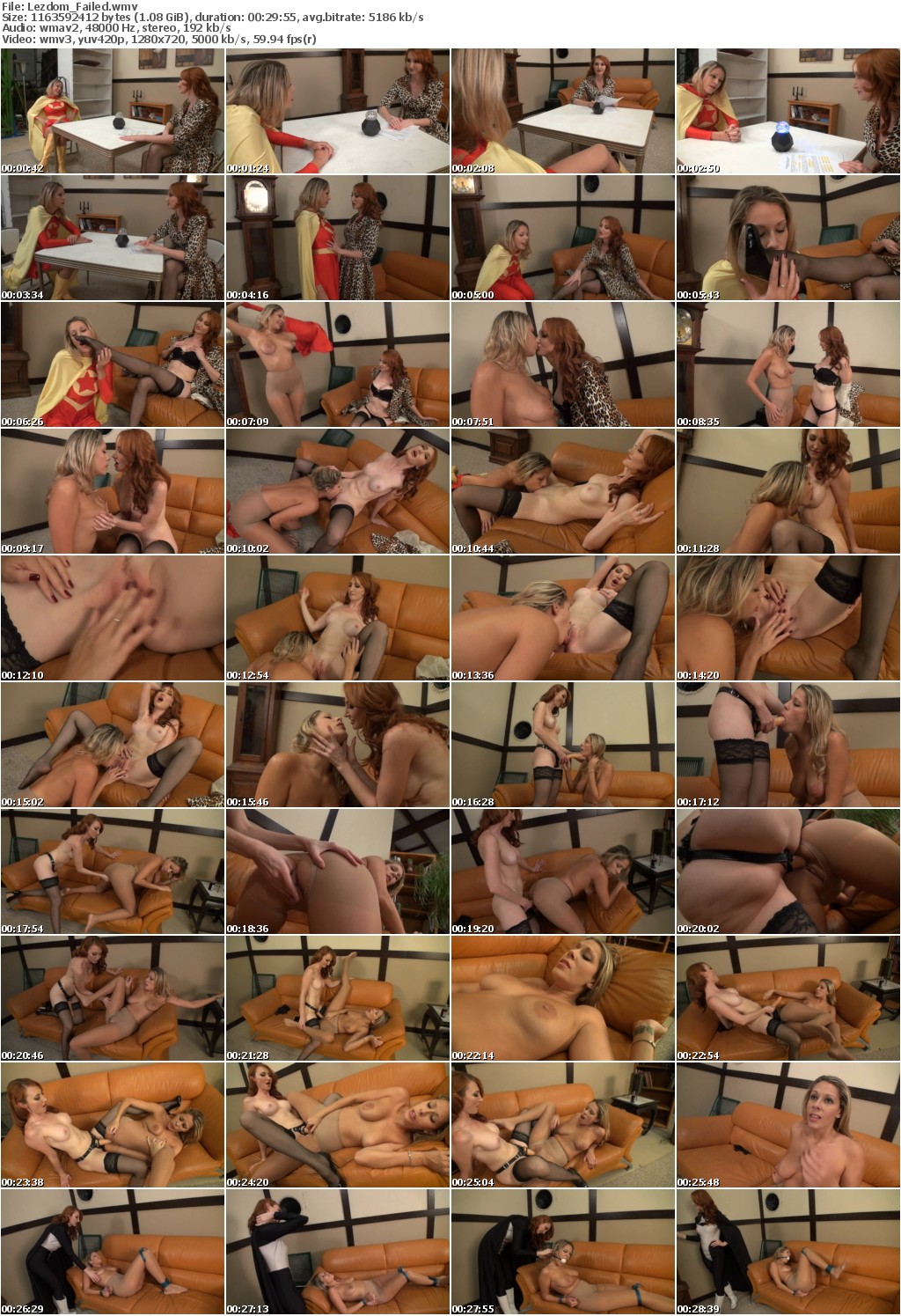 Super hot and very sexy Nikki Brooks plays Star Light. As one of Tiedsvilles most powerful heroines the Mayor asked her to represent the city in negotiations with Ultra Woman. Unable to defeat the worlds most powerful villain the Mayor had decided to negotiate some kind of peace with the super villain in hopes of getting her to leave Tiedsville. The League was not happy about this development but very reluctantly they agreed to go along with it. So Star Light would represent the city. Star Light arrived at a prearranged location. It was an old warehouse. As she walked in she sees an area set up to look like a living room. Laughing to herself she approached the beautiful red head sitting at the table. The woman, played by the very beautiful Kendra James, identified herself as Ultra Womans attorney and as such her representative in the upcoming negotiations. Star Light sat down across from the attorney and the negotiations began. At first, Star Light was somewhat hostile about the entire proceedings but slowly the two sides began to make progress. As the two talked, a small orb that had been sitting in the middle of the table began to light up and spin. It gave off a soft glow that seemed to be flashing. Star Light tried to ignore it at first but it slowly began to hold her attention. After some time the attorney began to give Star Light orders and surprisingly the mighty heroine followed them. It was a set up, the orb has done something to Star Light she seems to be controlled. The sexy attorney leads poor Star Light over to the couch. She then kisses the sexy heroine. Then she orders her to worship her legs , shoes and feet! Star Light does so eagerly kissing and licking the attorneys sexy legs and feet. Next the attorney undresses and orders Star Light to lick her hot little pussy! Again the mighty heroine does as she is told even appearing eager. She licks the attorneys pussy until she makes her cum several times. After this goes on for some time, the attorney orders Star Light to get up on the couch.Now it is Star Lights turn. The attorney uses her plastic strap on and begins to fuck the super heroine. The plastic penis drives Star Lights tight pussy nuts forcing several orgasms out of her. After a few position changes and such the attorney finishes. She then ties up the still compliant heroine and tells her to lay still. The attorney leaves the room and returns a few minutes later. But as she returns she is in fact Ultra Woman herself! She parades around Star Light a bit and then snaps her fingers. Star Light comes out realizes what has happened and begins to protest. Ultra gives her a message for the Mayor and then shoves a big ball gag in the angry heroines mouth. Then she leaves Star Light bound and gagged.
Category: SUPERHEROINES
Related Categories: SUPER VILLAIN, ORAL SEX, LESBIAN DOMINATION, FOOT WORSHIP, STRAP-ON
Keywords: kendra james, nikki brooks, red heads, girl-girl
tags:superheroine,superheroines,lesbian domination,lezdom,stroy line ,stroyline,froced orgasm,submission,humiliation,super hero, super heroines ,strapon,pussy fingering,pussy licking,superheroines porn,superheroines adult movies,ballgag