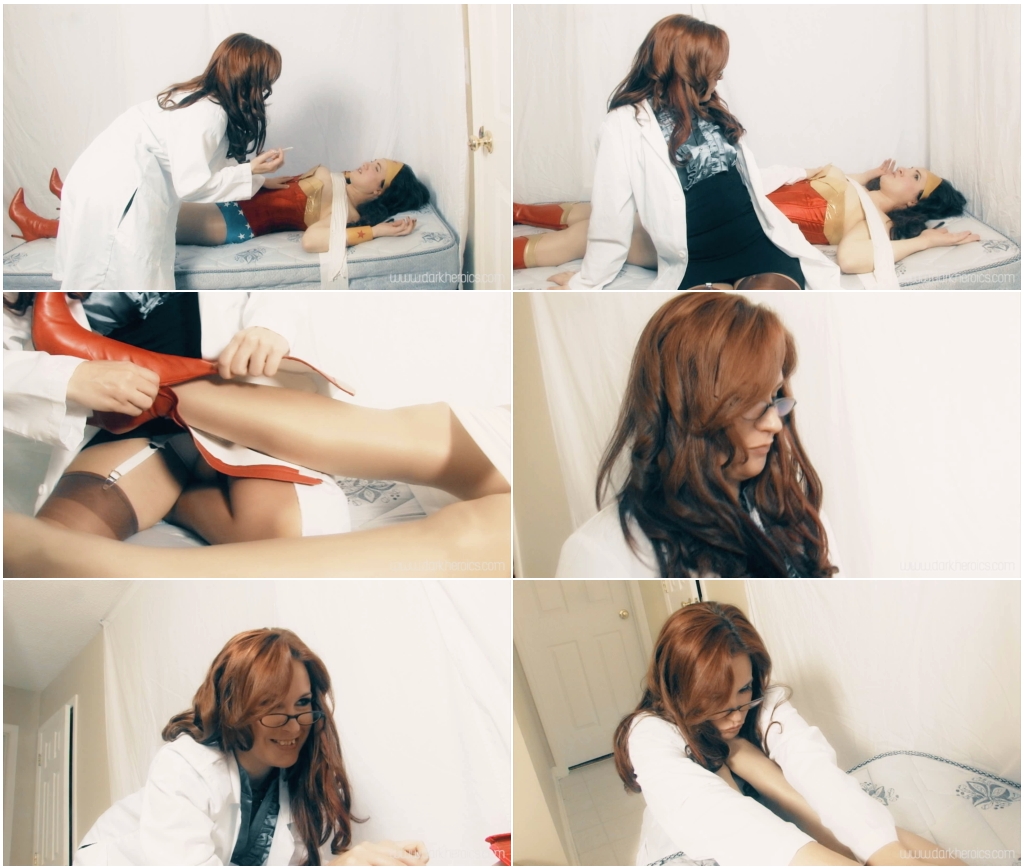 Wonder Kithos goes off to investigate the last known whereabouts of Professor Pitfall. After seeing a man who looks familiar walk into a house, she quickly follows him inside. Little does she know that upon entering the house as Wonder Kithos, she is recognized and followed by a female in a lab coat. As Wonder Kithos enters the house she is taken out from behind with a cloth and slumps to the ground. She awakens in a haze and sees herself strapped to an examination table. Shes quickly injected with a paralyzing agent and .