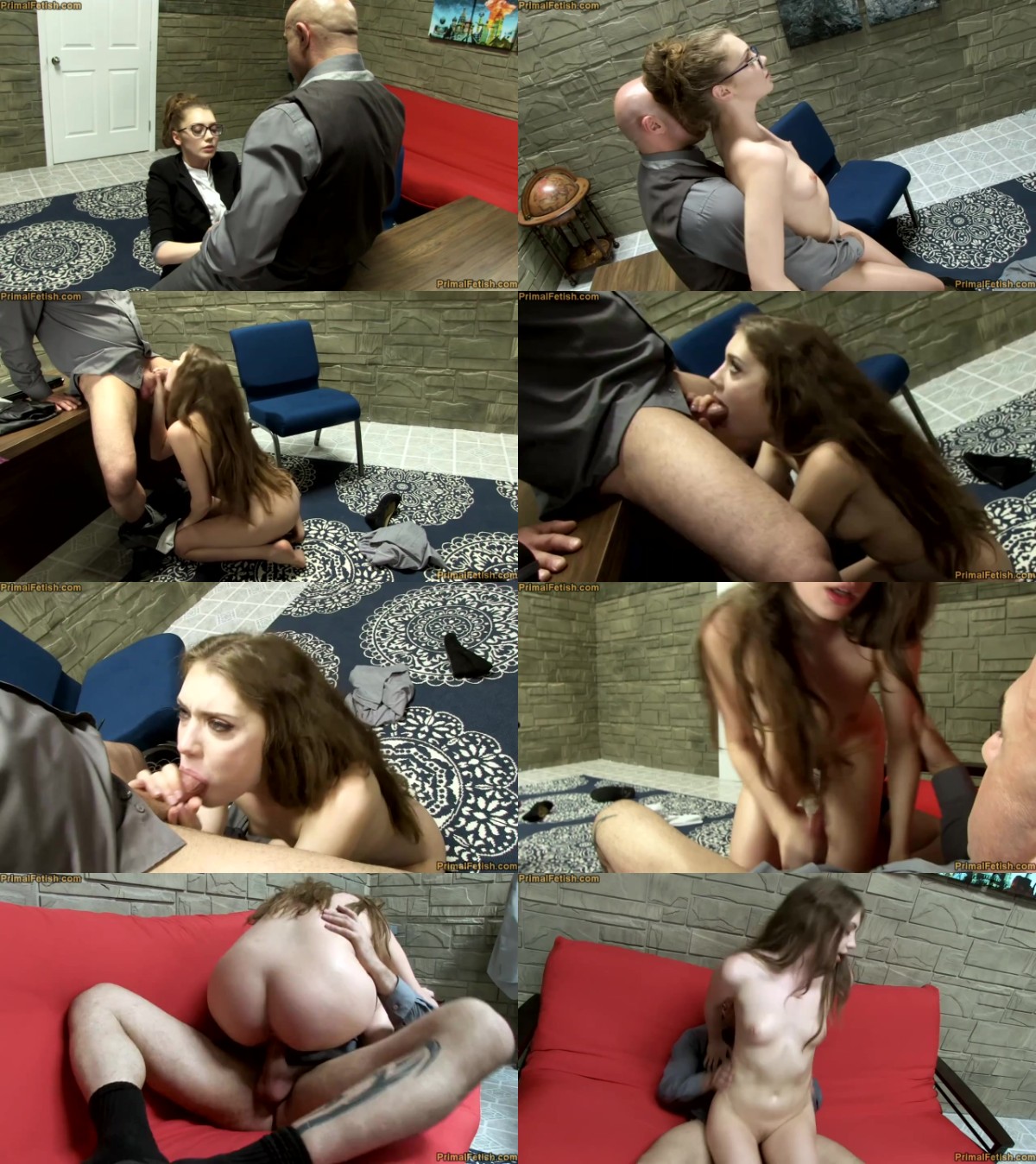 Thanks to Victoria (Cassidy Klein)’s meeting with Malcolm (Lucas Frost) and the subsequent funding from her step-father, Mr. Maximus, the female reprogramming project has been progressing at a rapid rate. So much so, the company has had to expand staff rather quickly. New secretary Elena, though, is not fully comfortable with working under Malcolm. After holding her tongue for too long, she decides to pop into Mr. Maximus’s office to tell him what she’s seen and heard. Strange and inappropriate noises from his office, unsettling confidential emails, and weird behavior from female coworkers. Though he’s not thrilled to be interrupted without an appointment, Mr. Maximus tries to allay her concerns. When that fails, he attempts to bury the stories, insisting they can work something out. But Elena’s not having it, finding the suggestion of hiding her concerns very inappropriate. As she goes to leave and spread the word of what she knows, Mr. Maximus hits the button on his computer, enabling the app. The updated version appears to be faster-acting as Elena is overwhelmed with sensations throughout her body. The compulsion to be near her programmer sweeps in quickly, and she’s simply unable to stop touching the executive and begging for more to touch. But as much as these strong urges compel her, Elena is baffled as to why she feels them. She swears she’s not normally such a desperate slut, but she needs Mr. Maximus like a fish needs water
tags:superheroine porn,superheroines fetish,superheroines adult movies,fantasy,Hypnosis, mesmerize, office domination, magic control,mind control,brainwash