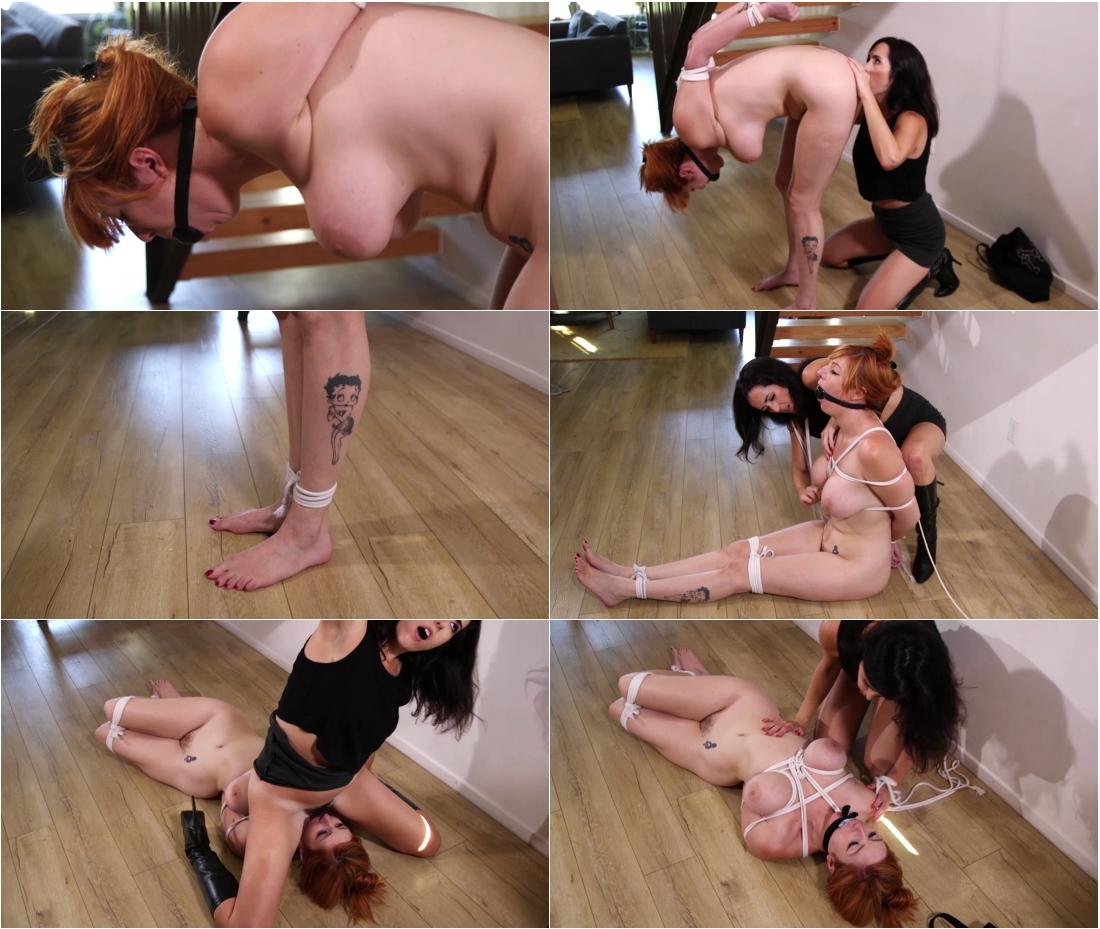 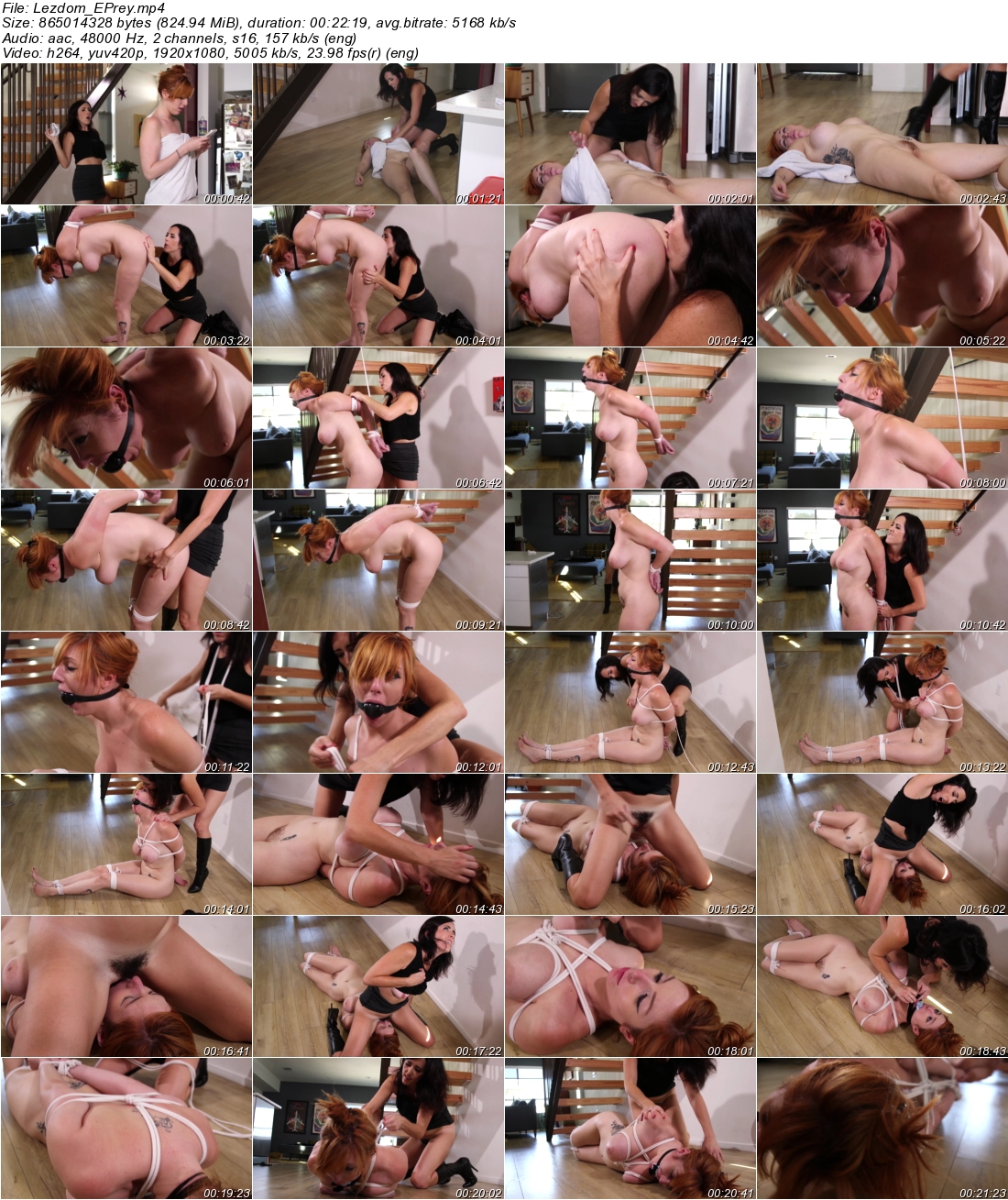 Lauren Phillips & Dixie Comet
After getting out of the shower, Lauren makes her way downstairs to see if she missed anything while she was showering. What Lauren doesn’t see with her face buried in the phone, is Dixie sneaking up behind with a white cloth-Dixie grabs the redhead from behind and wraps the cloth over Lauren’s face, knocking her on her ass and asleep. Dixie paws at the towel to expose her naked body and plays with her limp limbs. Dixie knows she only has so much time before Lauren comes around so she needs to get her bound quickly.
Lauren wakes up to find herself ballgagged and tied off to her stairs and a sinister woman crouched behind her taunting her and licking her asshole. Dixie threatens Lauren to keep still and take it like the helpless bitch that she is. All Lauren can do do is moan into her gag and drool as Dixie tongue fucks that big ass. Dixie can tell Lauren isn’t feeling the elbow ropes, so she unties her elbows and instead ties her legs and ankles. She warns Lauren that maybe she shouldn’t leave her door unlocked while she showers, then goes back to grab a few more licks before leaving her there to look for some ‘toys’.
Dixie comes back disappointed, Lauren must be a prudish stripper. Doesn’t keep Dixie from fucking her more though. She unties her from the strappado and gets her onto the floor where she ties up Lauren’s big tits along with a chest harness. Dixie takes out the ballgag and hand over mouth gags her as she gets her to lay down. Dixie straddles her face and forces her to lick her pussy until Dixie she cums. Dixie grabs a pair of panties from her bag and wipes her pussy with them before gagging Lauren with them and cleave gagging with a pair of stockings. Dixie can’t just leave her there able to to free, so she whips her into a hogtie. Dixie thanks her for the orgasm and humiliates her some more about leaving her door unlocked and leaves as Lauren cries out in despair.
Related Categories: LESBIAN DOMINATION, ASS EATING, DAMSEL IN DISTRESS, PUSSY EATING, LESBIAN
Keywords: drooling, ballgagged, panty gag, groping, ass licking, strappado, breast bondage, face sitting, tit slapping, sleepy, limp fetish, hand over mouth, elbow ties, ass fetish, Lauren Phillips
tags:lesbian domination,lezdom,story line ,storyline,froced orgasm,submission,humiliation,