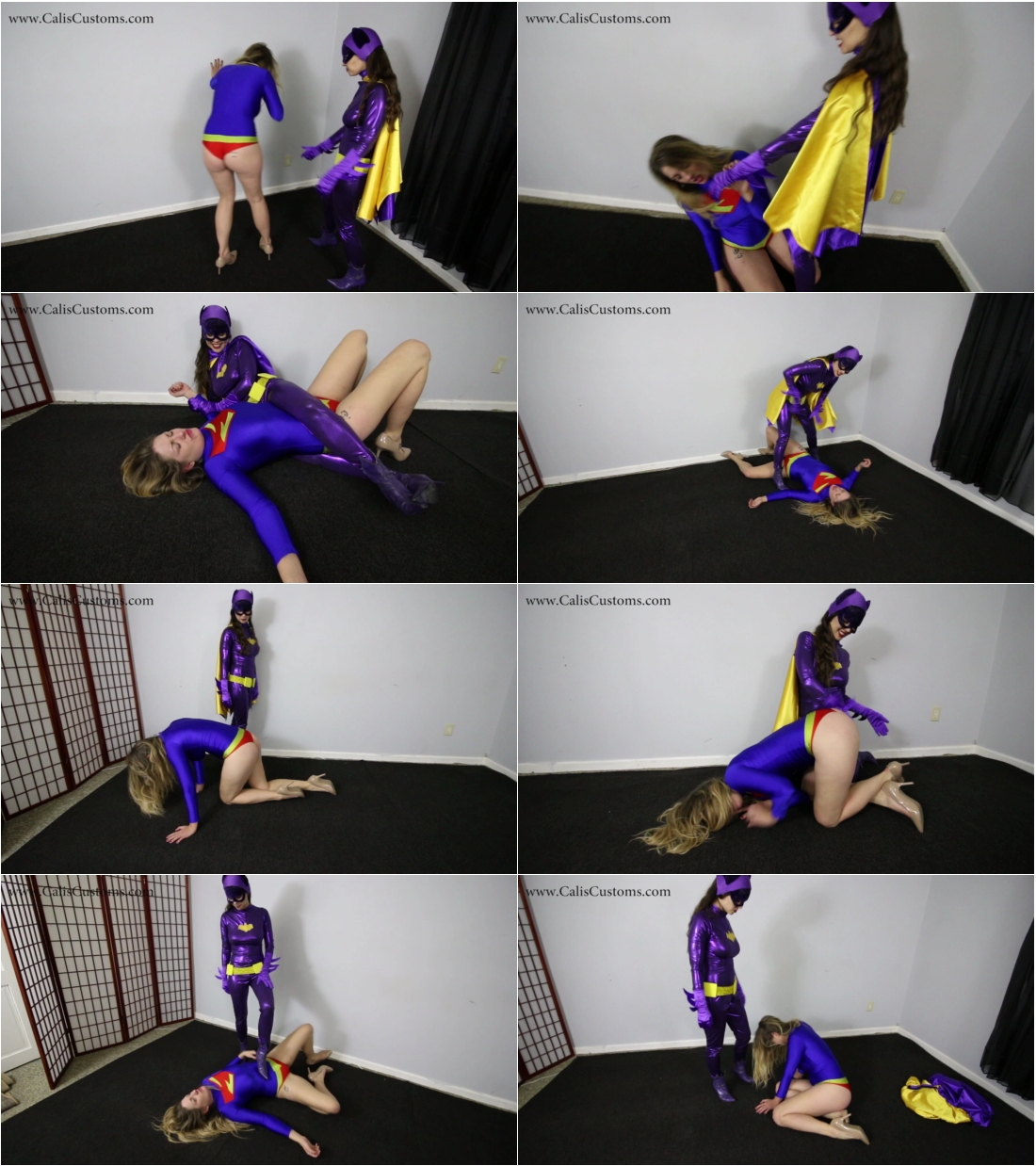 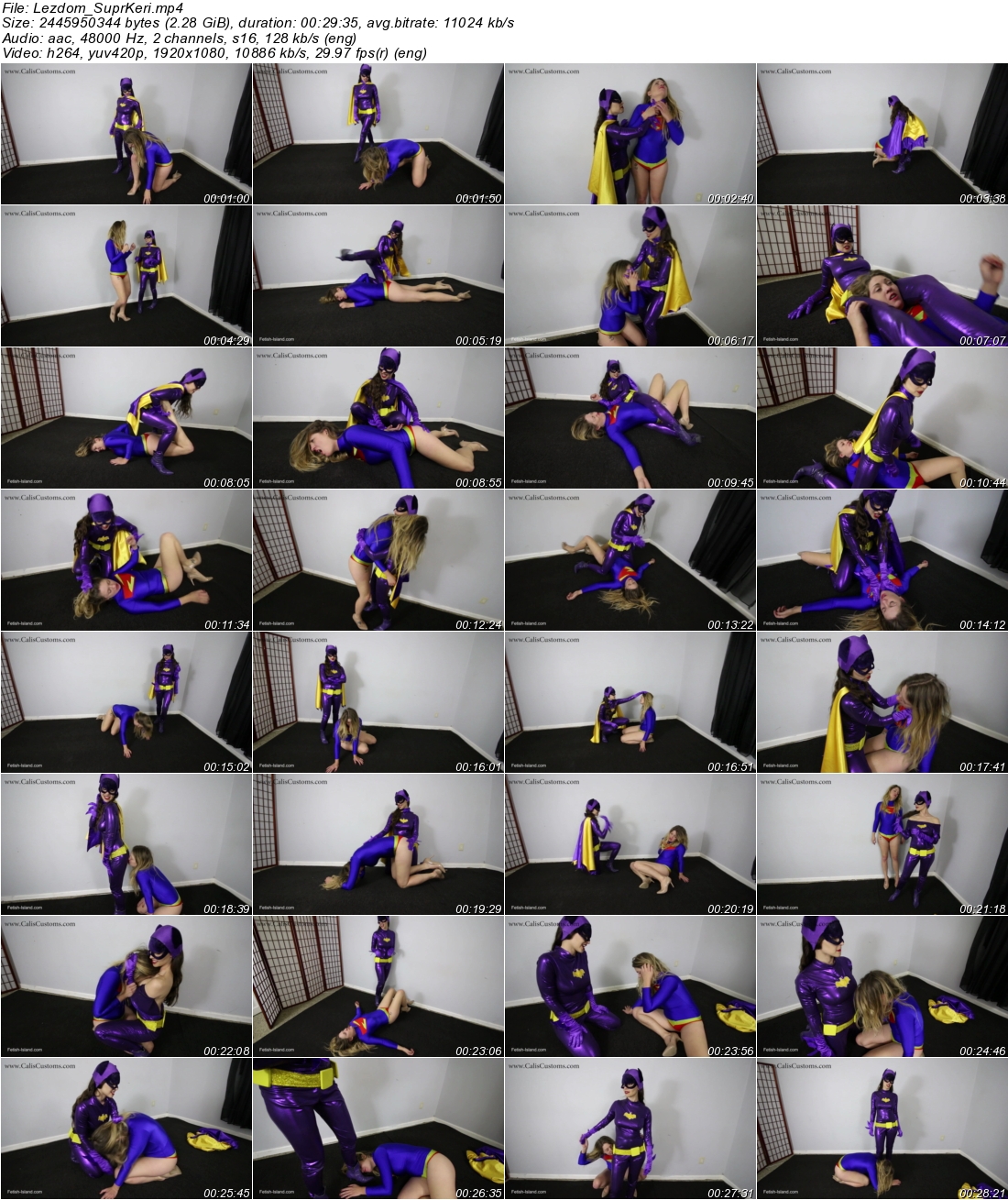 The ever loyal Super Keri comes rushing in ready to help Batgirl save the local animalhospital. As Batgirl grabs Super Keri’s arm to show her the way, she begins to feel week and strange. Super Keri begins to crumble to her knees when Batgirl reveals that she has joined the darkside. There is no money in fighting crime anymore and Dr. Freeze developed a potion just for her to steal other heroine’s super powers.
Batgirl puts Suepr Keri in to hold after hold, further weakening her with each position. Batgirl gets darker and more power hungry with each surge she steals until Super Keri can take no more and drifts off, ready for the next chapter.
Now that she is drained of her super powers, Super Keri is ready to be trained. Batgirl has been turned evil and she now has control over Super Keri, who she will program to do her bidding. She commands Keri to perform humiliating acts such as kissing her ass, crawling around like a and chant her devotion. The mental anguish is riveting!
The formerly *super* Keri begs to rob a bank for Batgirl and bring her all of the cash. This is just what Batgirl was hoping for when she turned dark- the perfect mindless minion!
This 29 minute clip includes female fighting, mind fuck, female training, magic control, mesmerize, humiliation, domination, cosplay.
Category: SUPERHEROINES
Related Categories: FEMALE FIGHTING, COSPLAY, SUPER VILLAIN, FEMALE TRAINING, DOMINATION
Keywords: batgirl, cali logan, supergirl, keri spectrum
tags:superheroine,superheroines,lesbian domination,lezdom,story line ,storyline,forced orgasm,submission,humiliation,super hero, super heroines ,superheroines porn,superheroine porn , superheroines adult movies,catfight,cat fight,,female fighting,ring wrestling,female wrestling,Scissors,catfighting,cat fighting