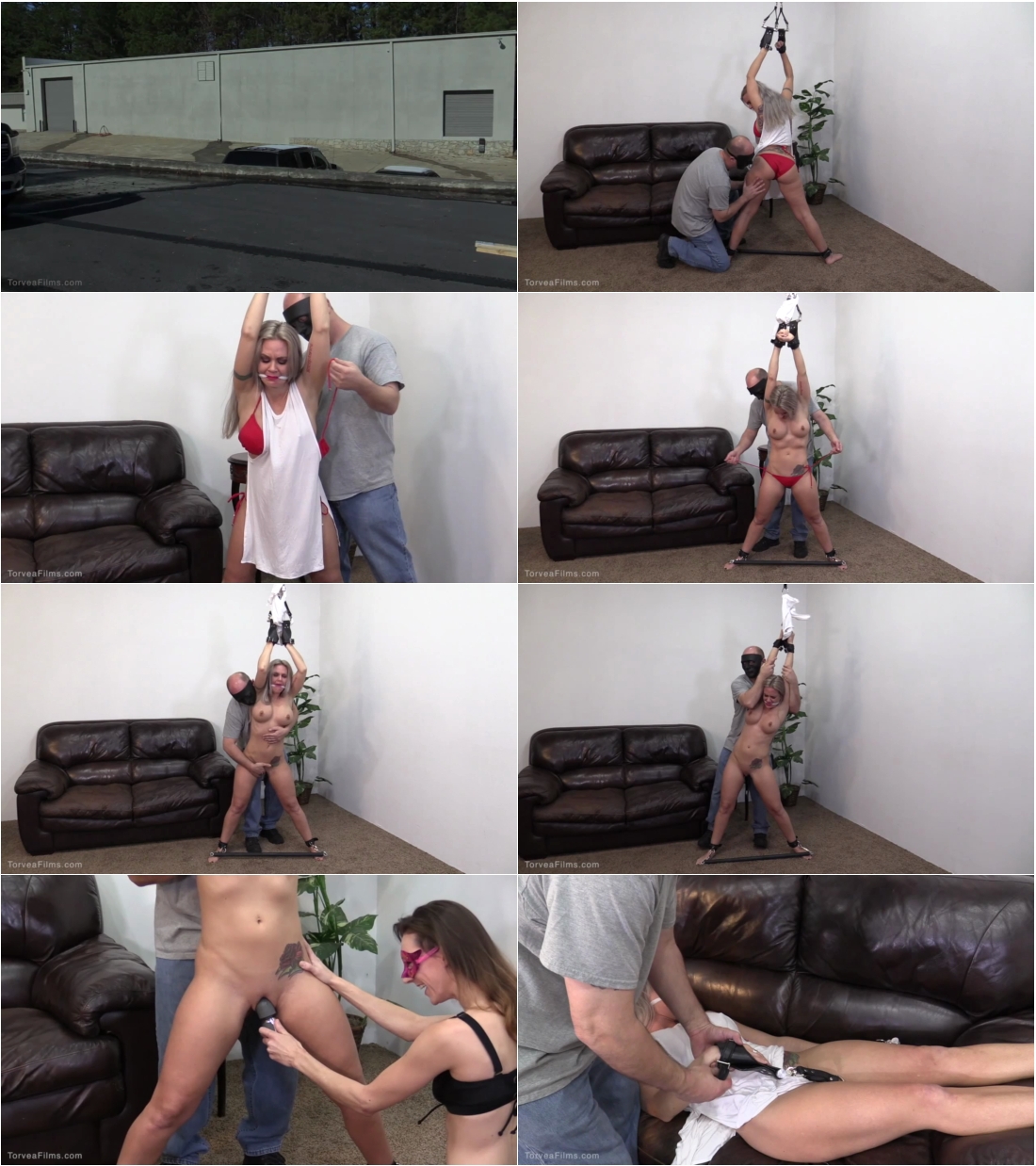 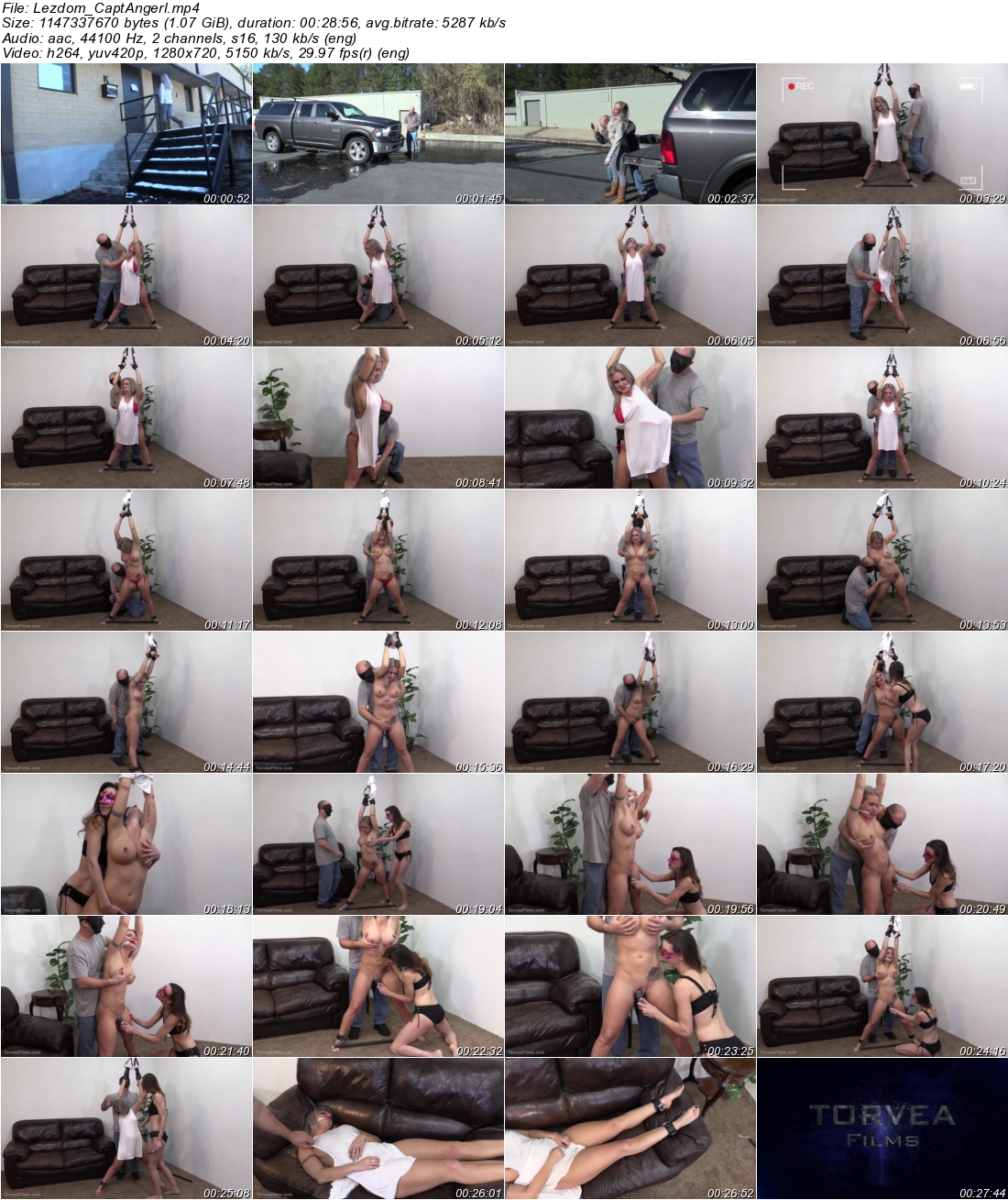 Angel Lee arrives for a webcam shoot with Alora Jaymes but the door is locked with a note. A truck drives up and she’s thankful for a friendly face. She gladly offers to help him carry things from the trunk, but it’s only a ruse to knock her out. Struggling in his arms, she finally flops down and he lifts her in a cradle carry and dumps her body in the back of the truck. Removing the note, he drives off.
Still asleep, Angel is bound arms overhead with a spreader bar and a cleave gag. He extensively gropes her body over and under the bikini coverup as she slowly awakens. A camera is set up and recording every moan and plea for release as people pay per minute to see her ordeal.
Following the viewers orders, his hands dart beneath her bikini bottoms before he lifts her up and turns her around to show off her ass. Lifting her again, she’s rotated for the audience. Pulling her bikini top off, her nipples poke through the thin cotton and she gasps in pain at the impact. Sucking her tits makes her squirm in disgust, but she’s mortified when he takes off her bikini bottoms.
Picking her up and rotating her sideways, he smacks her ass and enjoys watching her wiggle beneath his touch. He fingers her pussy and she struggles to fight it but just as the orgasm creeps up, he removes his hands. Edging her closer to climax, he lets her cum and she crumbles in her binds from the exertion.
Alora saunters in, excited to see her toy. Wearing a mask for the webcam audience, she caresses her prey and loves hearing her cry at her touch. Kissing her nipples and rubbing her clit, she warms her up for a vibrator while her male partner holds Angel’s arms taut above her. The impact of multiple orgasms makes her fall limp in her cuffs. Alora giggles and admires her helpless victim as her goon takes Angel out the bondage and places her on the couch. Laying still, he removes her cloth gag. Suddenly Angel’s eyes pop open and she says, “that was fun” as the baddie makes Alora go limp!
It was all a set up and Angel is determined to have her revenge on this evil femdom!
OTHER KEYWORDS- male domination, tit play, tit worship, sensual domination, limp fetish, bound orgasms, finger fucking, girl girl, AOH, DID, bikini bondage, cuff bondage, mask fetish, gagged woman, KO’s, Alora James, Scott Torvea
Category: Forced Orgasms Secondary categories: Sleeping – Knockouts , Damsel in Distress , Lesbian , Lesbian Domination , Bondage
tags:lesbian domination,lezdom,story line ,storyline,forced orgasm,submission,humiliation,anal,butt plug,spanking,lesbian bondage