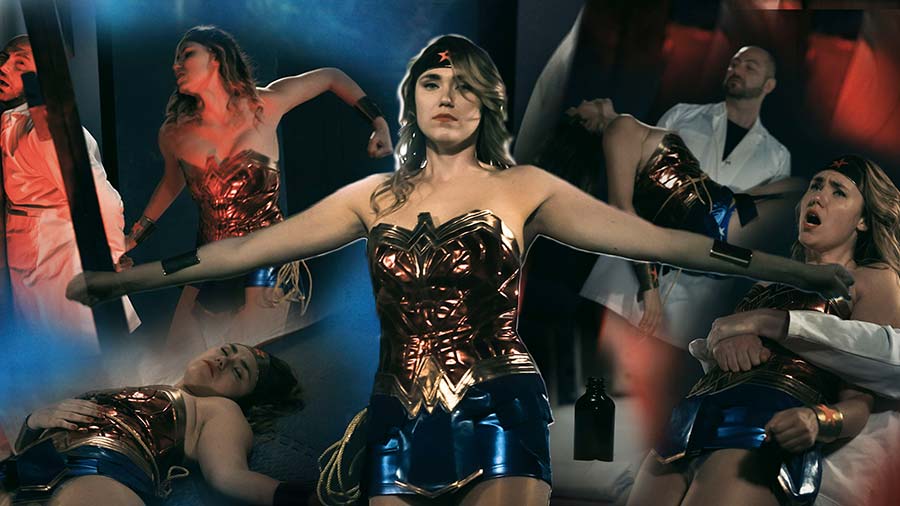 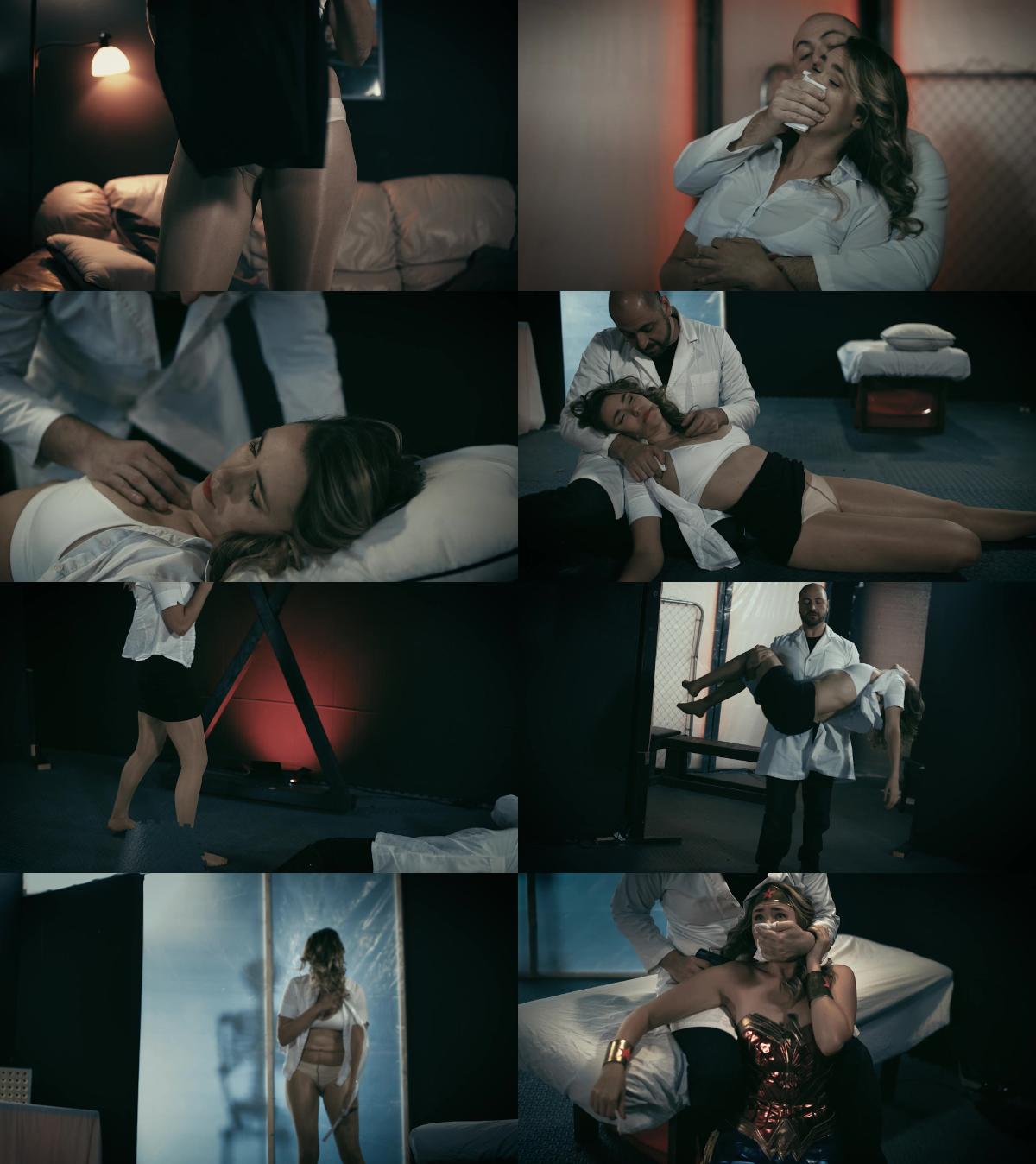 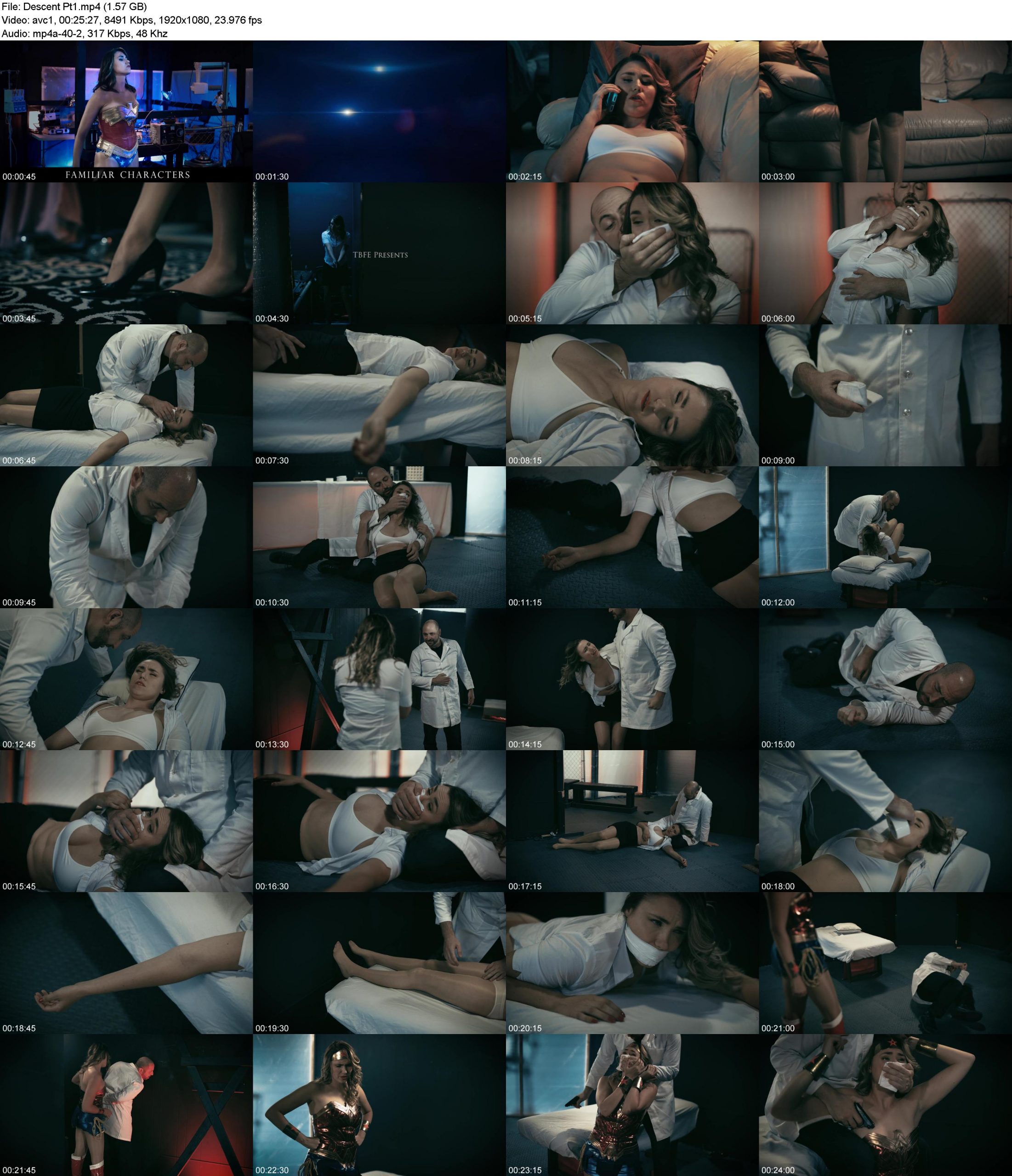 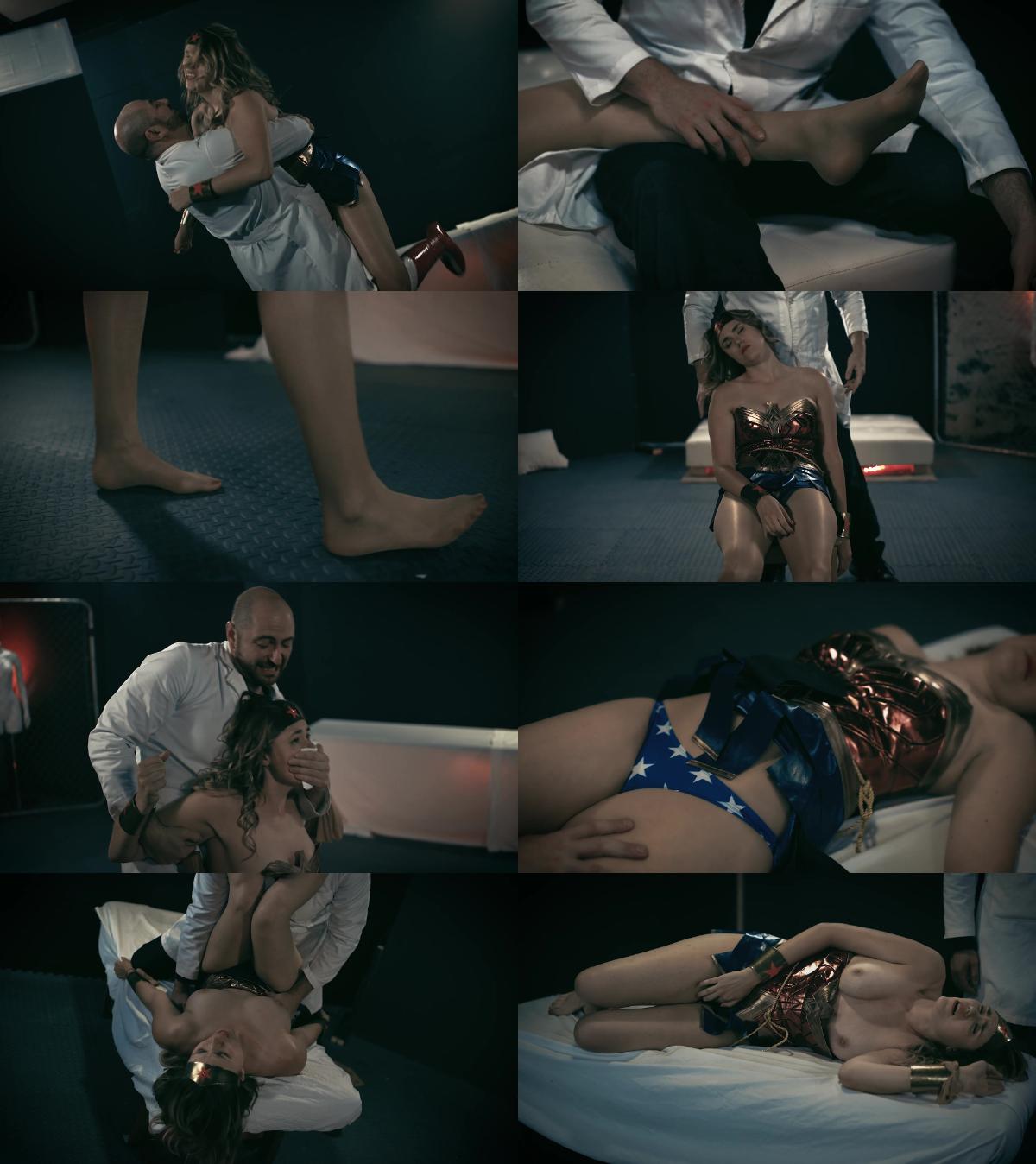 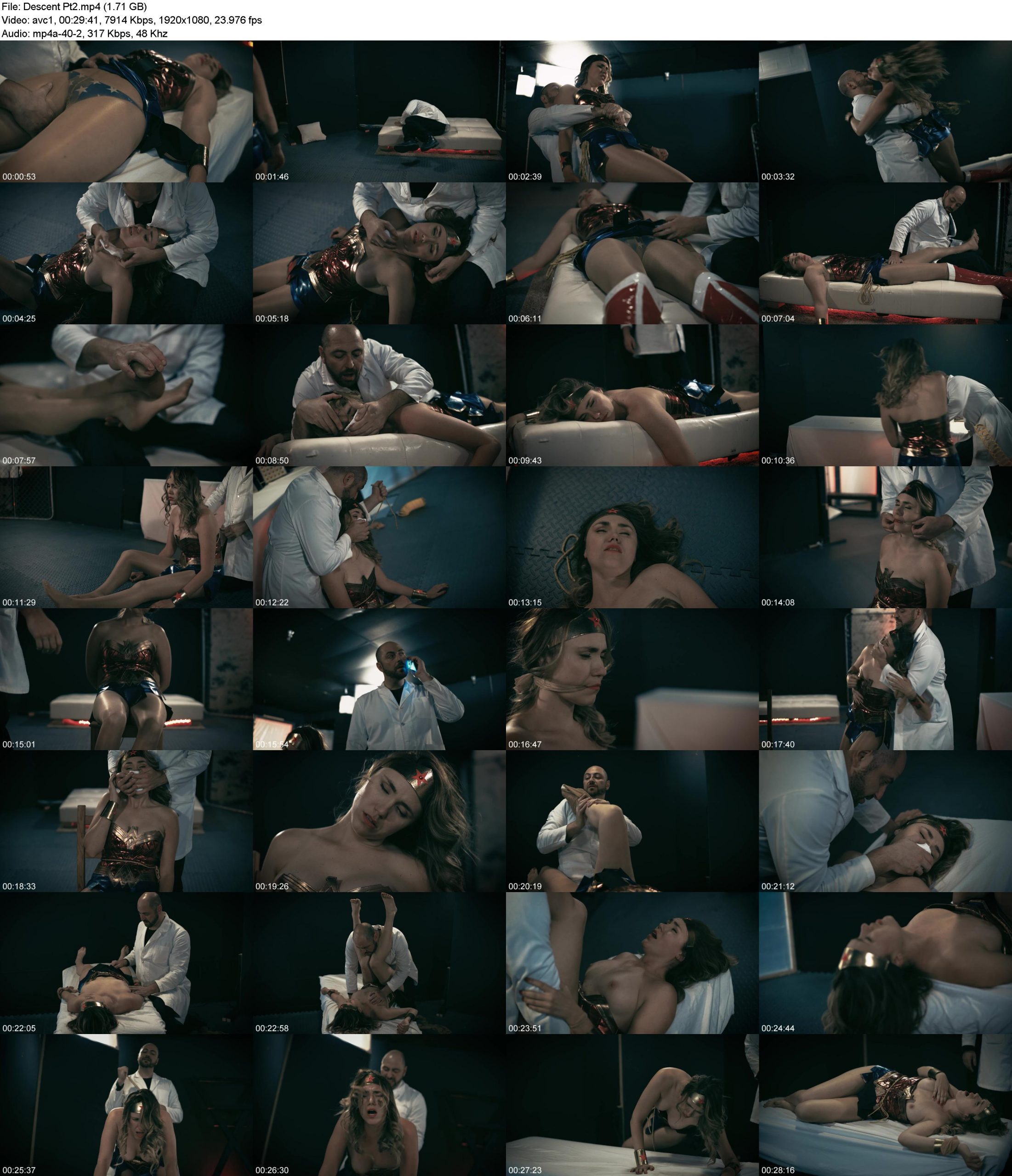 Synopsis: While at home relaxing, WW receives a call to investigate a disturbance from a dangerous criminal on the bureau’s most wanted list. She enters the premises disguised in plain clothes with a weapon drawn to enhance her disguise. Unfortunately, it’s to no avail as the villain was expecting her, and her powers and weapon are useless. With the element of surprise, he quickly applies a chloro rag to her face and she shortly subdued. With the most potent formula of chloroform at his disposal, the villain finds it is only effective for limited periods of time. Although she continues to wake, her strength is limited, and fight as she may, the villain continues to put her out. All he must do is keep her at bay until the transport arrives. Unfortunately for poor WW, the transport is delayed indefinitely, and she finds herself on the receiving end of a continual barrage of violence and KO’s.
Contains: Tons of KO’s – multiple chloro scenes, 1 on 1 male/female combat, face punches, belly punches, kicks, knees, low blows, back hands, uppercuts, hammer fists, bear hug front and rear, backbreaker, costume transformation, topless nudity, forced sim fucking in multiple positions, heroine tied with her lasso, boot removal, hoes removal, hoes cleave gag, hoes stuffed in heroine’s mouth at end
tags:superheroine porn,superheroines fetish,superheroines adult movies,fantasy,wonder woman,amazon