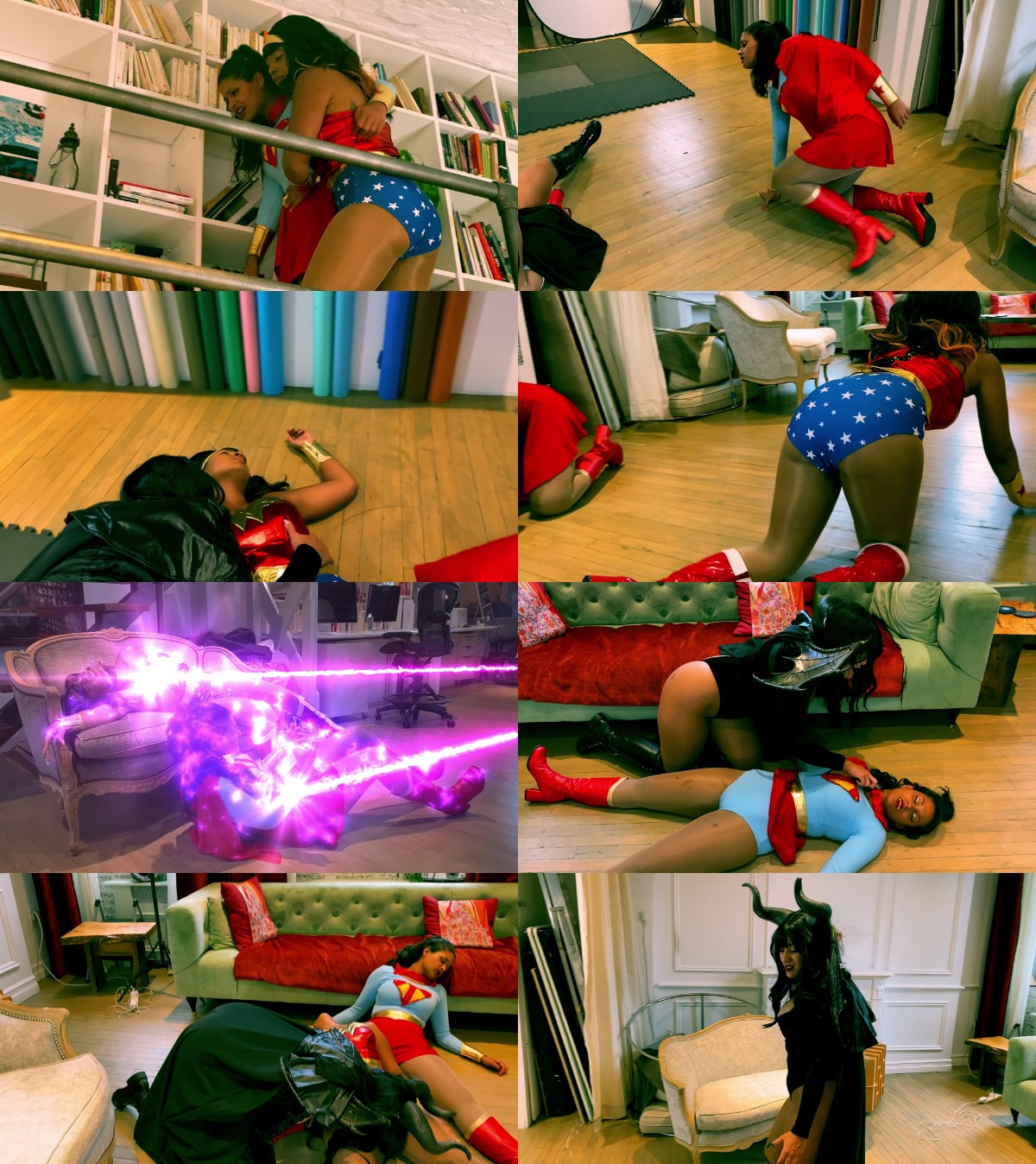 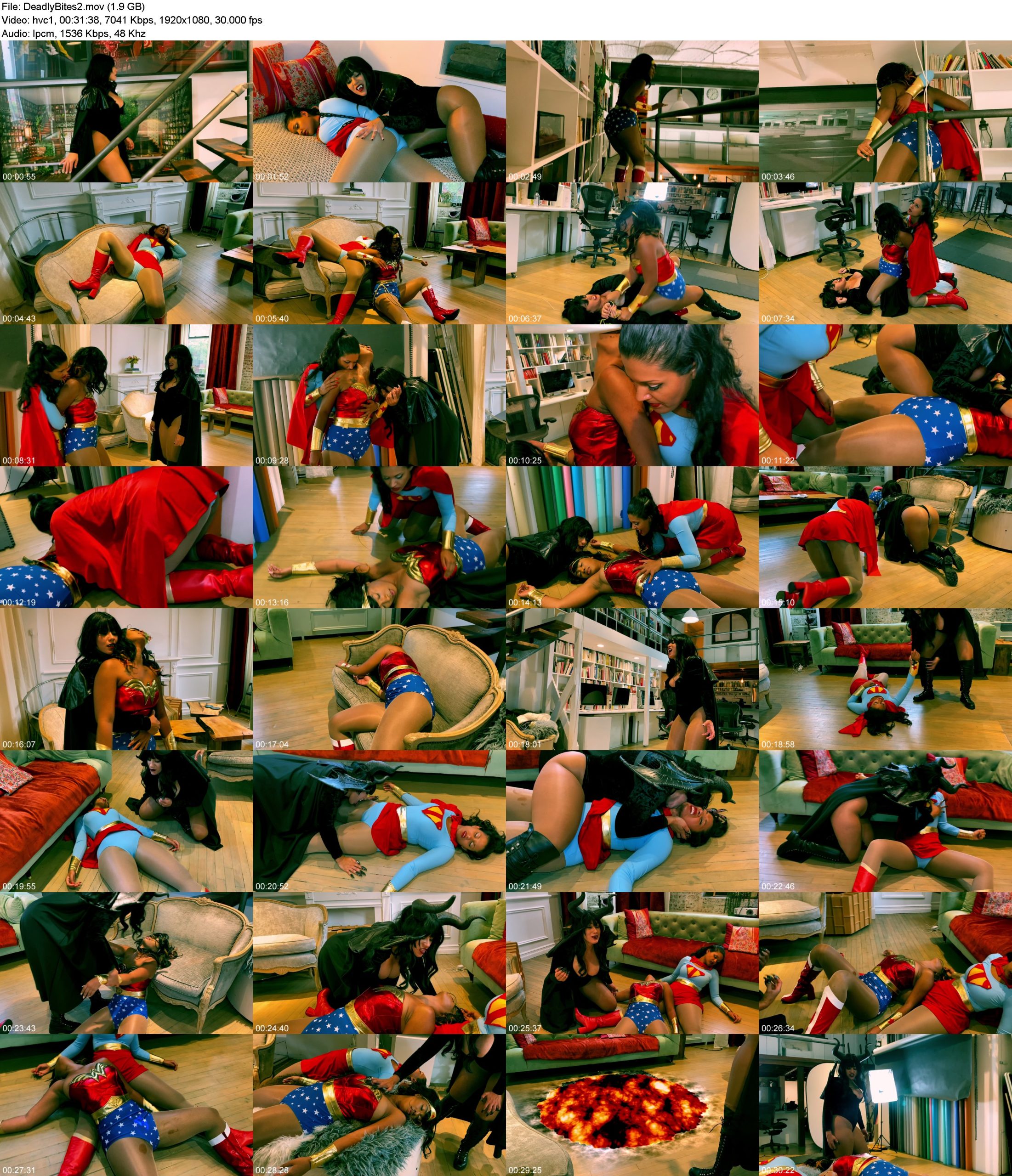 Megagirl finds herself as prisoner of Devla, the vampire sorceress. Too weak to escape on her own she is freed by Wonder Warrior. Unfortunately for them, Devla has other plans and turns Megagirl into a vampiric slave and the two overwhelms Wonder Warrior. The two vampires feast and grope the helpless heroine until Devla decides to embark on her true villainous plans. Megagirl and Wonder Warrior is pummeled, drained of their powers and must torturous attacks and seduction from the vampire. Megagirl and Wonder Warrior must endure being seduced, mind-controlled, blasted by dark energy, bitten, knocked out various times, dragged and groped by Devla! RUNTIME: 31 minutes, 32 seconds
tags:superheroines fetish,superheroine porn,superheroines sex,humiliation,superheroines adult movies,fantasy,lezdom,lesbian domination,catfight,submission,vampire,vampires,wonder woman,supergirl