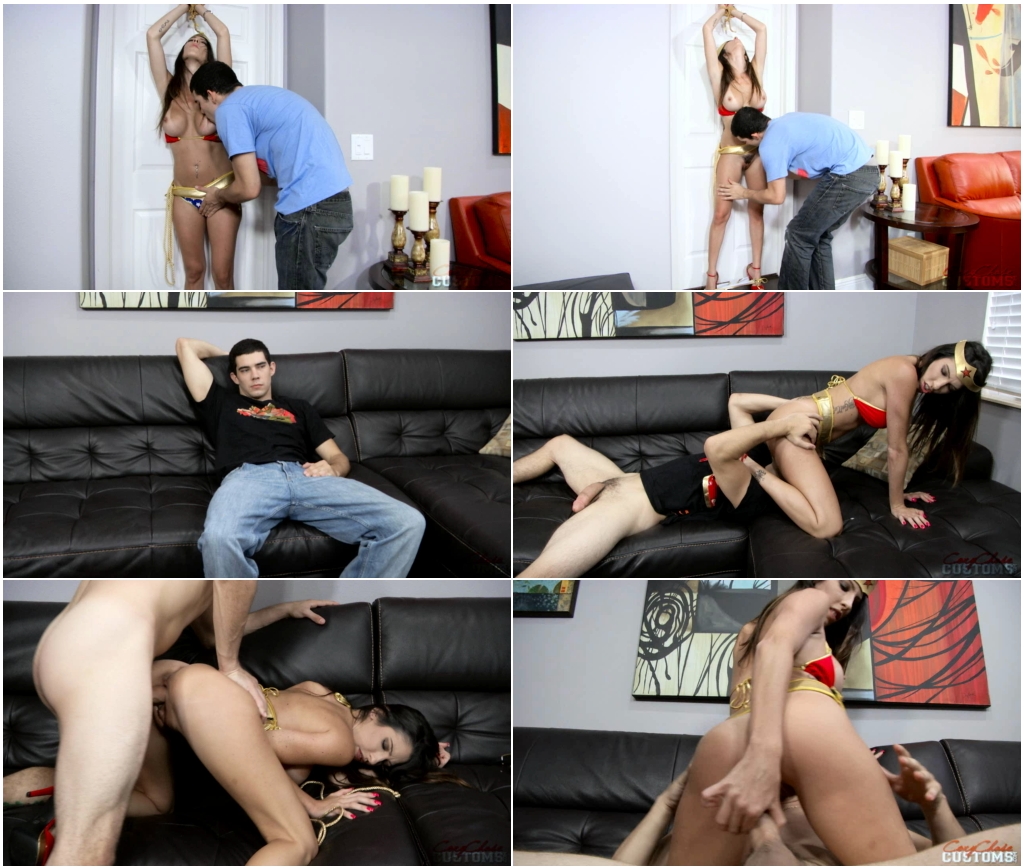 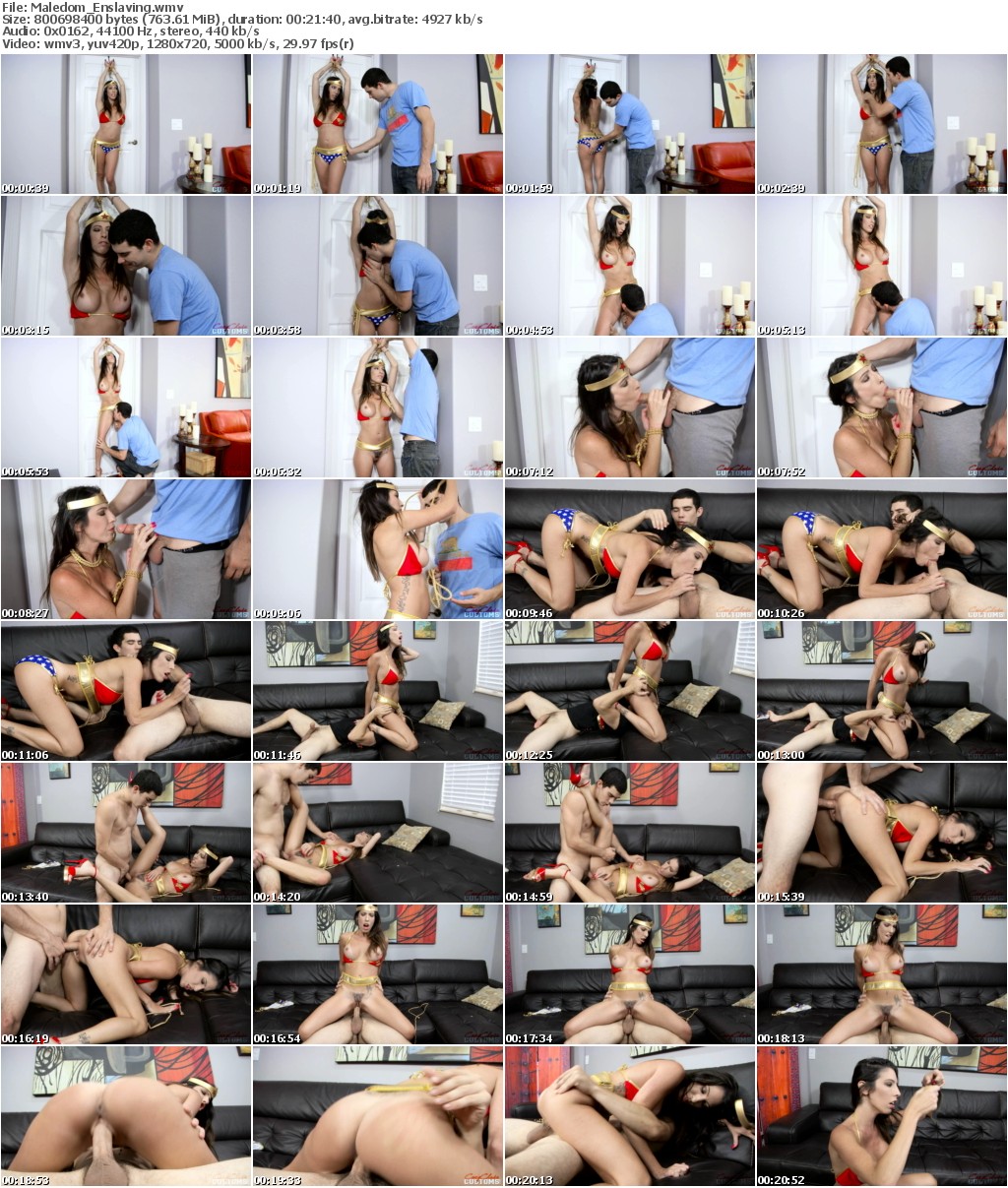 Someone help me! Wunder Woman screams. Tied by her golden lasso with her arms over her head she struggles to get free. The home owner walks in to find the superheroine helpless. Help me out of this She tells him.

When his hand reaches for her breasts instead she yells at him. No Stop it! He rubs her tight pussy while he gropes her perfect tits. She’s powerless to stop him from violating every inch of her. Pulling down her panties he licks her making Wunder Woman moan, even though she tries not to. He ties the lasso around her neck and makes her suck his cock. Gods, she’s even starting to like it. The rope works it’s magic, making Wunder Woman completely submissive. Oh yes master She whispers to him, now under his control.

The next day Wunder Woman comes back to please her new master. Sucking his cock and riding his face, she’s lost in lust. Her mind is cloudy. Why is she doing this? She thinks but can’t stop.

She pushes his big cock deep inside her and fucks him as only a superheroine can. To please him she gets to her knees and smiles as he shoots his big load all over her face and tits. Thank you master. We’re going to do this every night She tells him.