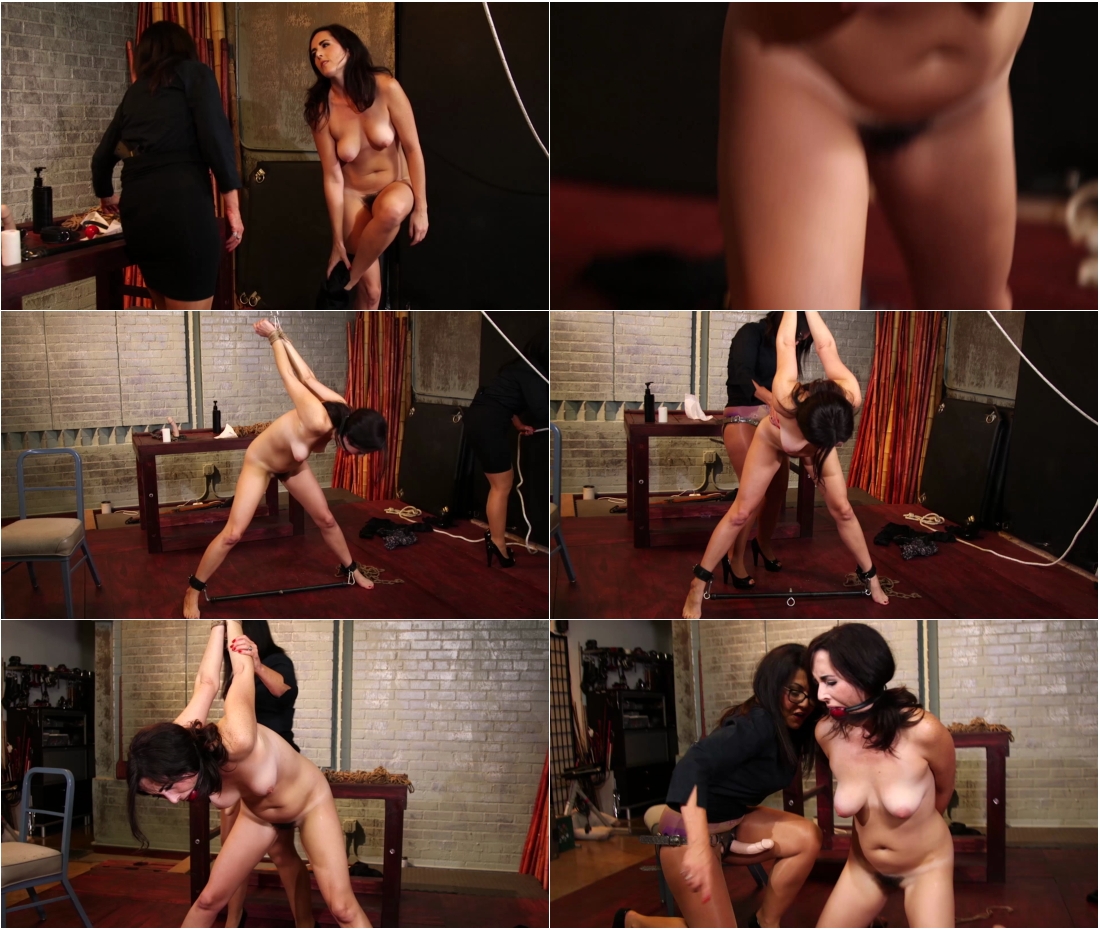 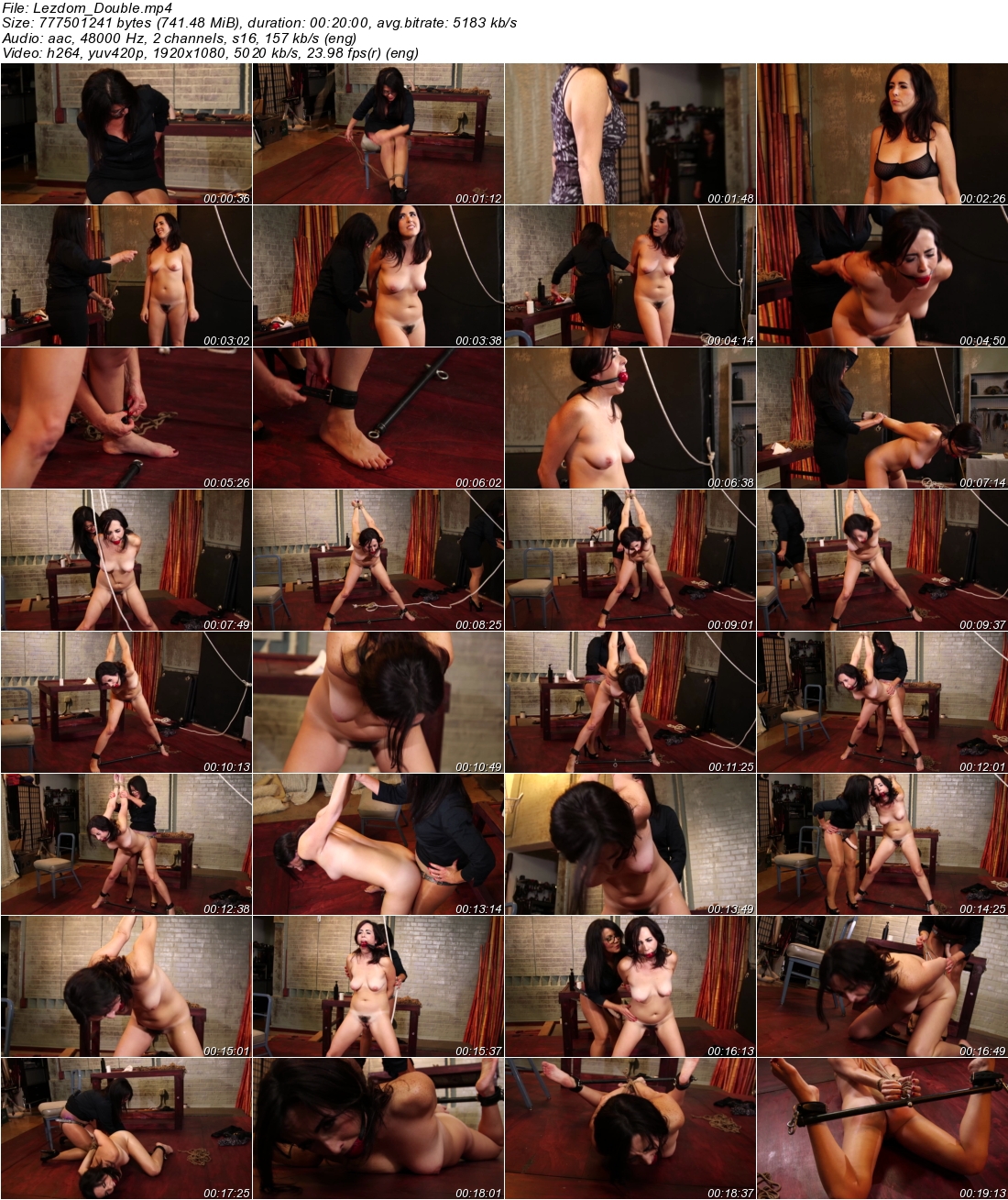 Dixie, a police detective, has been dipping her toes into the seedy underworld of sex trafficking. GiGi, her detective partner, found out about Dixie’s wrong doings-Dixie double crosses her and GiGi is being held captive awaiting to undergo training to become sold off as a sex slave. Scene opens with GiGi getting herself free from being tied to a chair. She grabs her piece that Dixie stupidly left on the table and goes to hide and wait for Dixie to return.
Dixie walks back into the room and before she has a second to think, GiGi ambushes her. She forces her to strip out of her clothing while holding the piece at her. Dixie plays it cool as her wrists get tied behind her back-she seems to think that GiGi won’t get away with the bullshit she is pulling on her. GiGi grabs Dixie by the throat, forcing her on her knees, and shoves a ballgag in her traitor mouth. Dixie threatens GiGi through the ballgag as she leather cuffs her ankles and locks them to a spreader bar. GiGi then tethers her wrists to a pulley system and cranks the pulley so Dixie is in a horrible spread strappado predicament. GiGi brings over the strap-on that was meant to be used on her and teases Dixie with it, wiping her ballgag drool on it for lube. GiGi walks off to go strap into her cock and Dixie struggles to get free with no such luck.
GiGi comes back and shoves that dick into Dixie’s pussy. Dixie squeals threats as she is being fucked by her own cock. GiGi grunts as she thrusts a forced orgasm out of the double crossing bitch. GiGI lets down the pulley and unhooks Dixie from it and gets her on the ground. She ties Dixie into a hogtie incorporating the spreader bar and adds a little neck rope into the hogtie. Little does Dixie know that she has actually been double crossed by GiGi, an equally dirty cop who also runs with an even shadier crowd and now Dixie will be answering to them.
You’ll also love
Category: LESBIAN DOMINATION
Related Categories: BONDAGE, BONDAGE SEX, DAMSEL IN DISTRESS, BOUND ORGASMS, STRAP-ON
Keywords: strappado, ballgagged, struggling, escaping, milf, power struggle, drooling, dildo fucking, forced stripping, forced orgasms, groping, gag talk, leather, spread eagle, gigi lyn
tags:lesbian domination,lezdom,story line ,storyline,froced orgasm,submission,humiliation,anal,butt plug,spanking,GiGi Lyn,bdsm,bondage,strapon,lesbian strapon