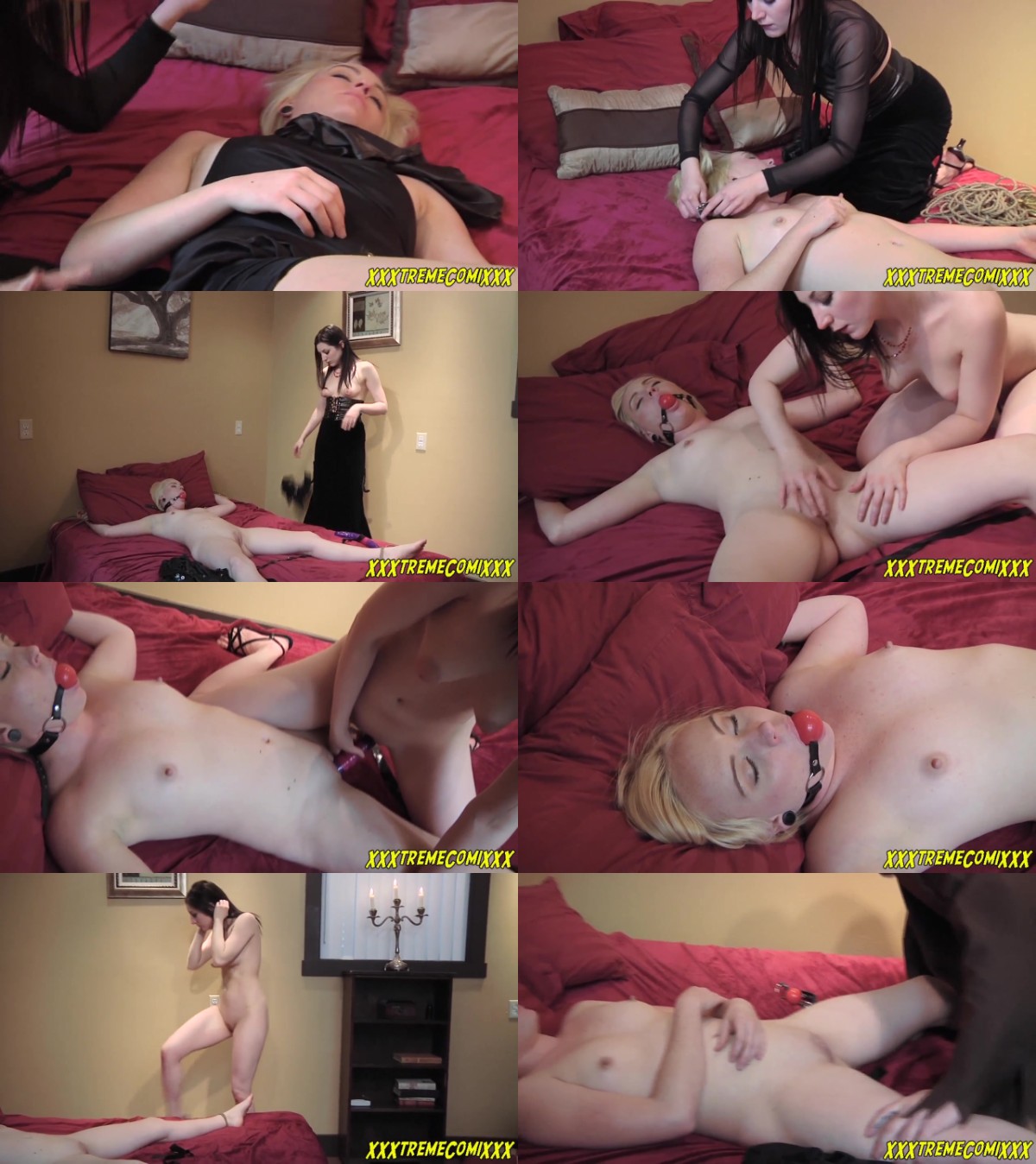 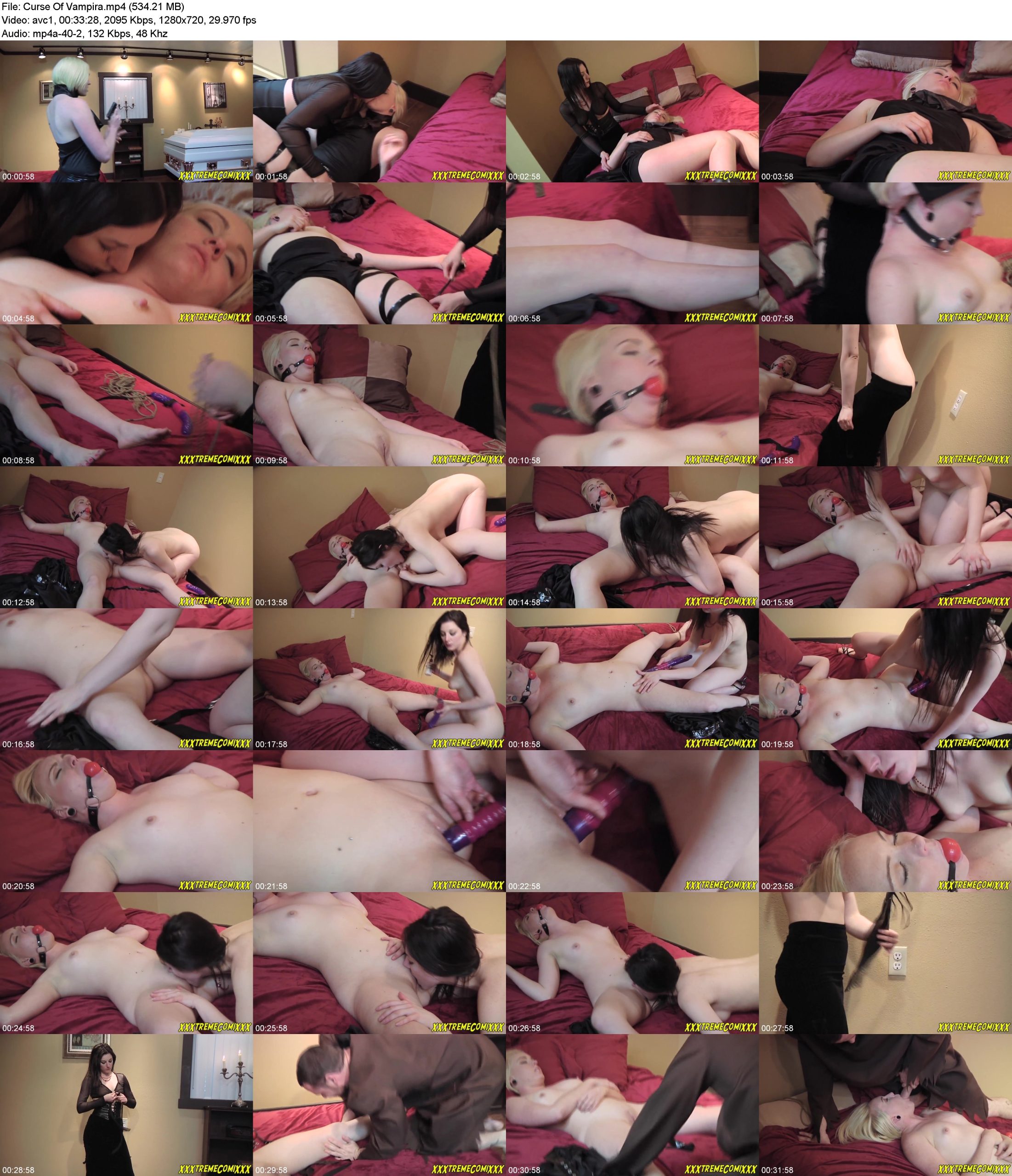 Vampire Hunter Miley is hot on the trail of Vampira. She tracked her to her lair, and with stake in hand goes to open her resting place to end her evil reign, she opens the lid to find nothing! The vampiress had teleported behind her and attacked, taking her down and trapping her in a dangerous kiss.

Miley tries to fight her off, but she is far stronger than the girl, and her kiss weakens her with every second until she is out. Vampira orders her slave Igor to carry her to the bed. Vampira begins stripping the girl down, then ties her to the bed and gags her, she strips her own clothes off then begins to fondle her sexy body. She starts to finger her, then suck on her delicious pussy, Miley moans softly through the gag at the orgasmic touch of the vampire.

Vampira orders her slave to take care of the girl, then leaves. The hunchbacked fiend unties her, then decides to have a little fun and slides his hard cock into her mouth and fucks her face.