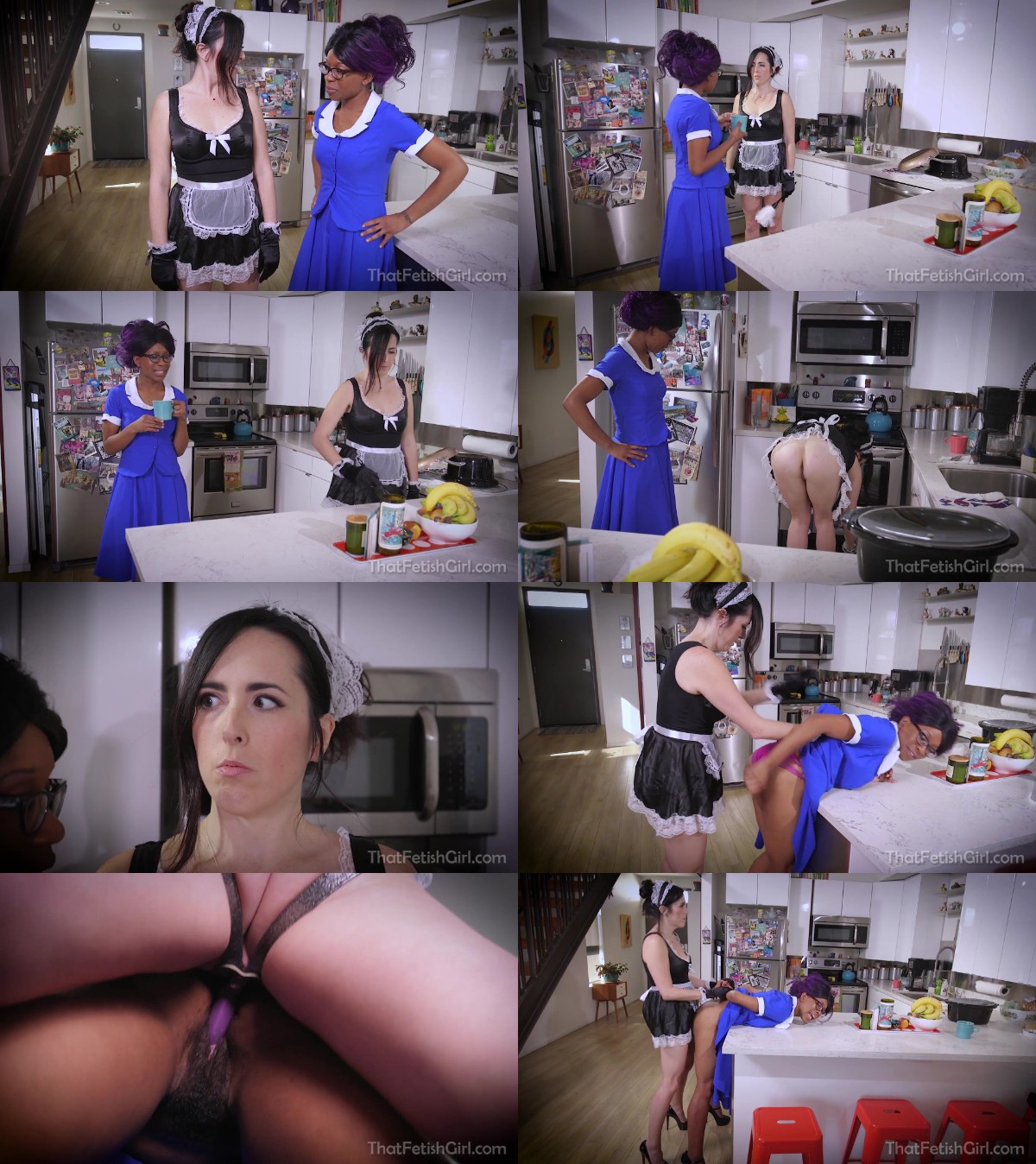 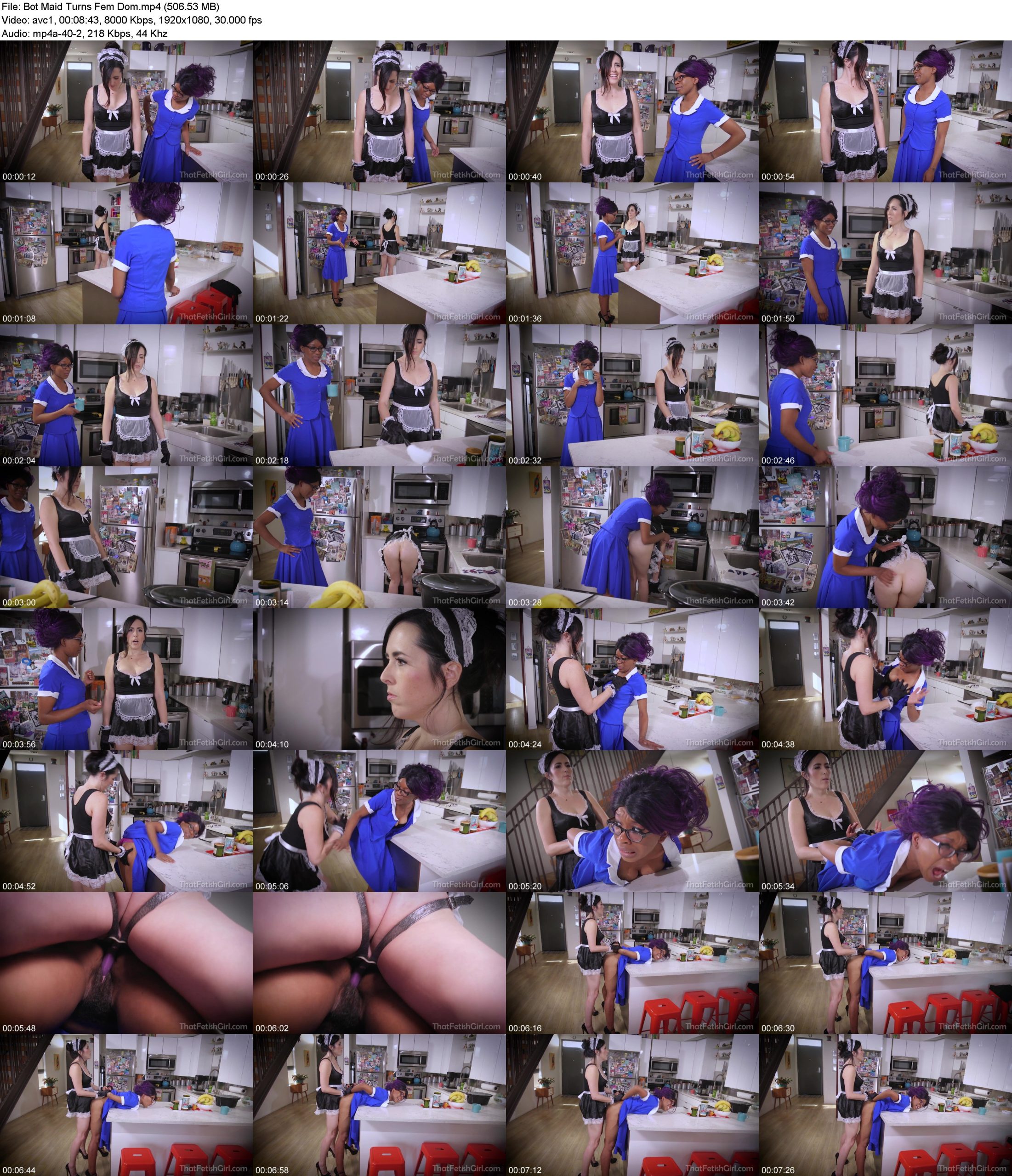 Cupcake arrives at her job as a housekeeper and is surprised to find that they’ve brought in one of those new fangled robot maids. At first she’s worried of being replaced but soon realizes that this robot may actually make her job easier. She powers her up and starts her off on an easy task of making her a cup of coffee. The Bot Maid serves her beverage flawlessly and so Cupcake proceeds to instruct it in further cleaning tasks. As the robot puts away dishes and does the dusting, Cupcake is quite surprised to find that it’s outfit is extremely revealing and that it’s anatomy seems to be quite lifelike. As she reaches in to give the Bot Maids bare ass a squeeze and marvel at how sexy it is, her non-consensual touch sets the robot off into a fit of malfunction. As Cupcake tries to figure out how to reboot it, the robot abruptly stands, spins around and says, "now accessing Sex Bot module."