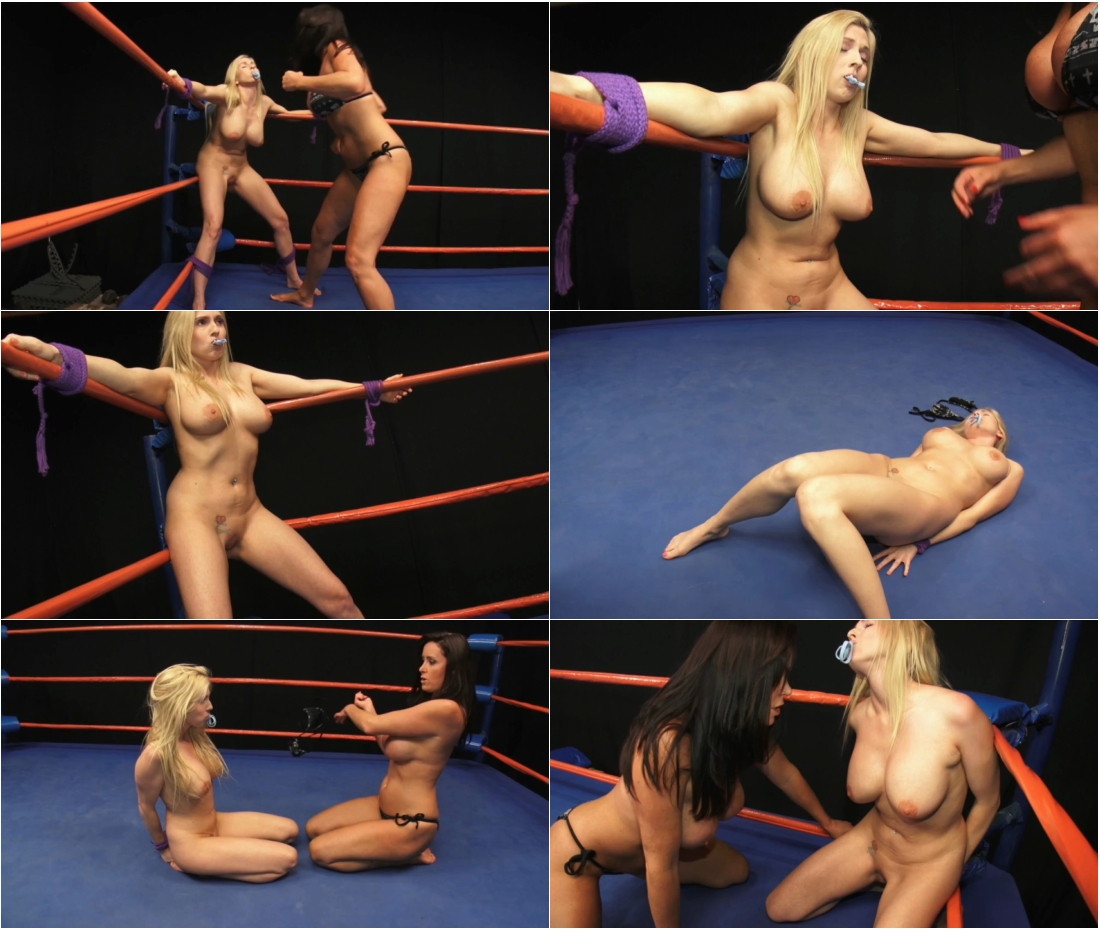 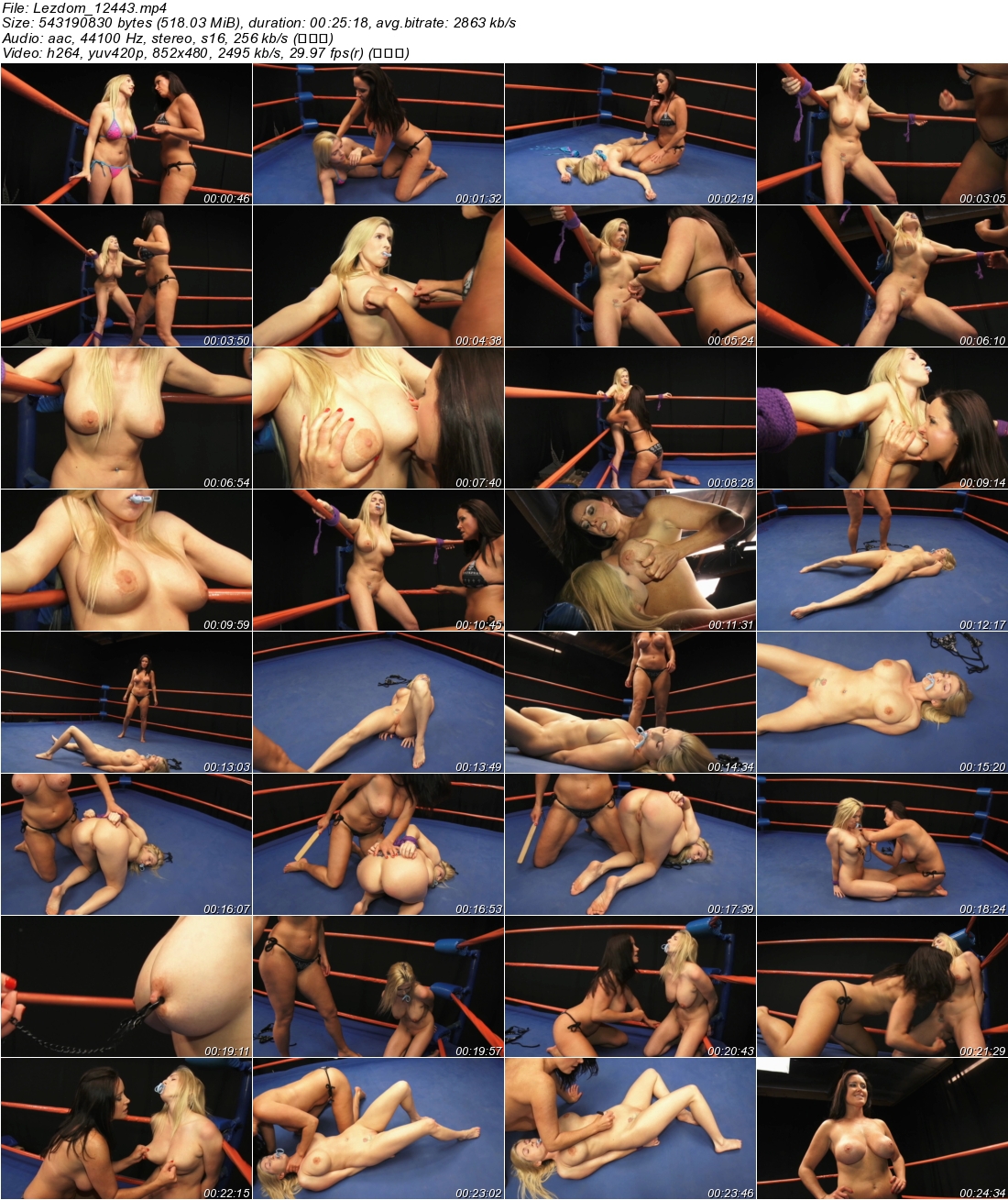 Christie Stevens is on the phone with one of her boy toys when Christina Carter catches her. Christina is pissed at Christie for sleeping with her boyfriend. The confrontation leads to a bikini clad Christie telling Christina that maybe he likes blondes better. The catty remarks hit right on the money and send Christina into a violent rage. Christina grabs the blonde slut by the neck with both hands and chokes her to the ground. Once Christie is passed out on the canvas, Christina strips her completely naked and sticks her panties in the passed out girl’s mouth. When Christie does finally wake up, she is tied to the turnbuckle. Christina takes great joy in abusing the buck naked young lady. Poor Christie has her nipples tweaked over and over again and the only break she gets comes in the form of gut punches. The torture is only beginning for Christie. She will be bent over and spanked. She will have nipple clamps applied and led around the ring. She will be humiliated and perhaps never be quite the same again.
tags:catfight,cat fight,,female fighting,ring wrestling,female wrestling,Scissors ,lesbian domination,lezdom,humiliation,submission,forced orgasm,facesitting,catfighting,cat fighting,CHRISTIE STEVENS , CHRISTINA CARTER