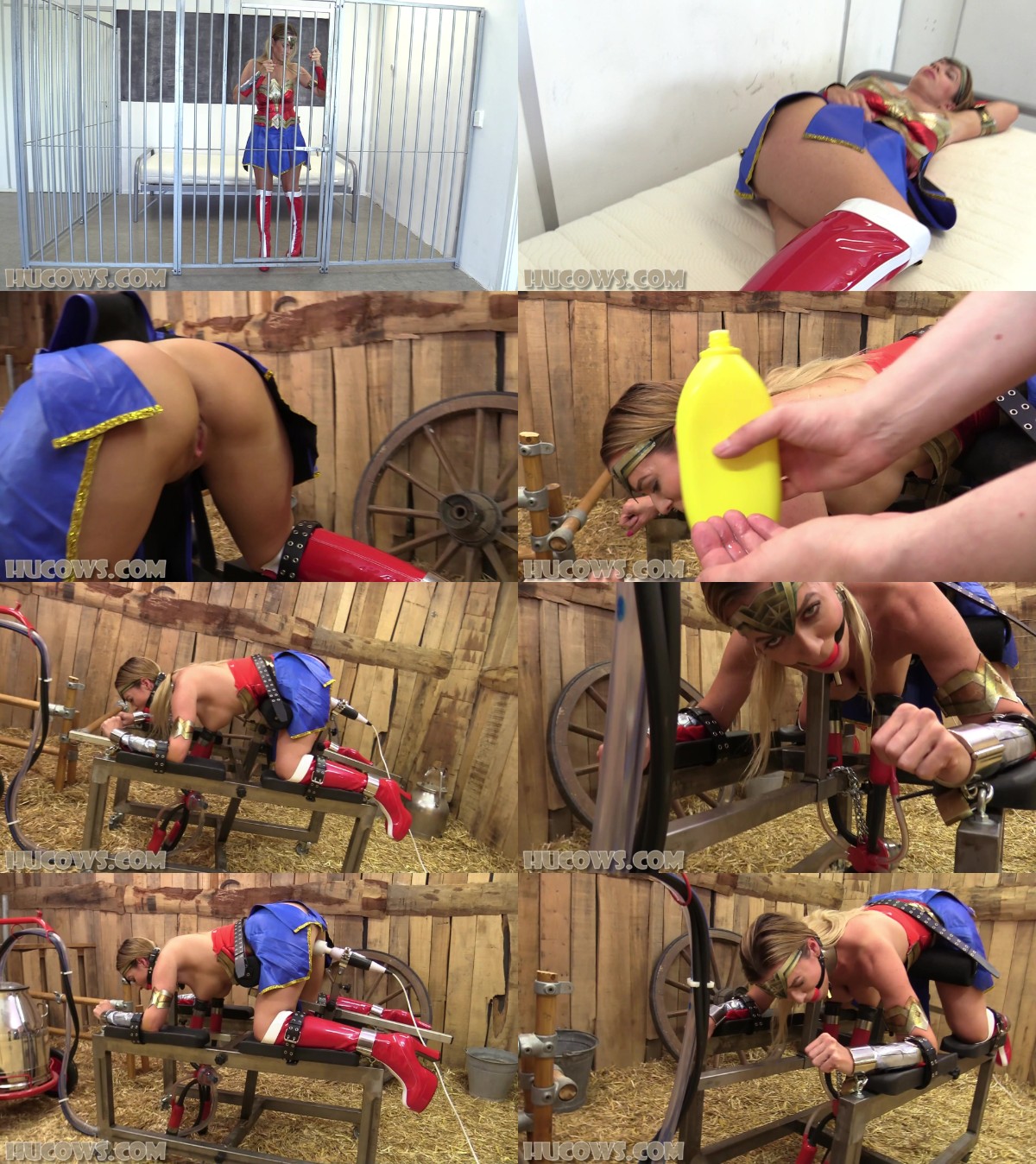 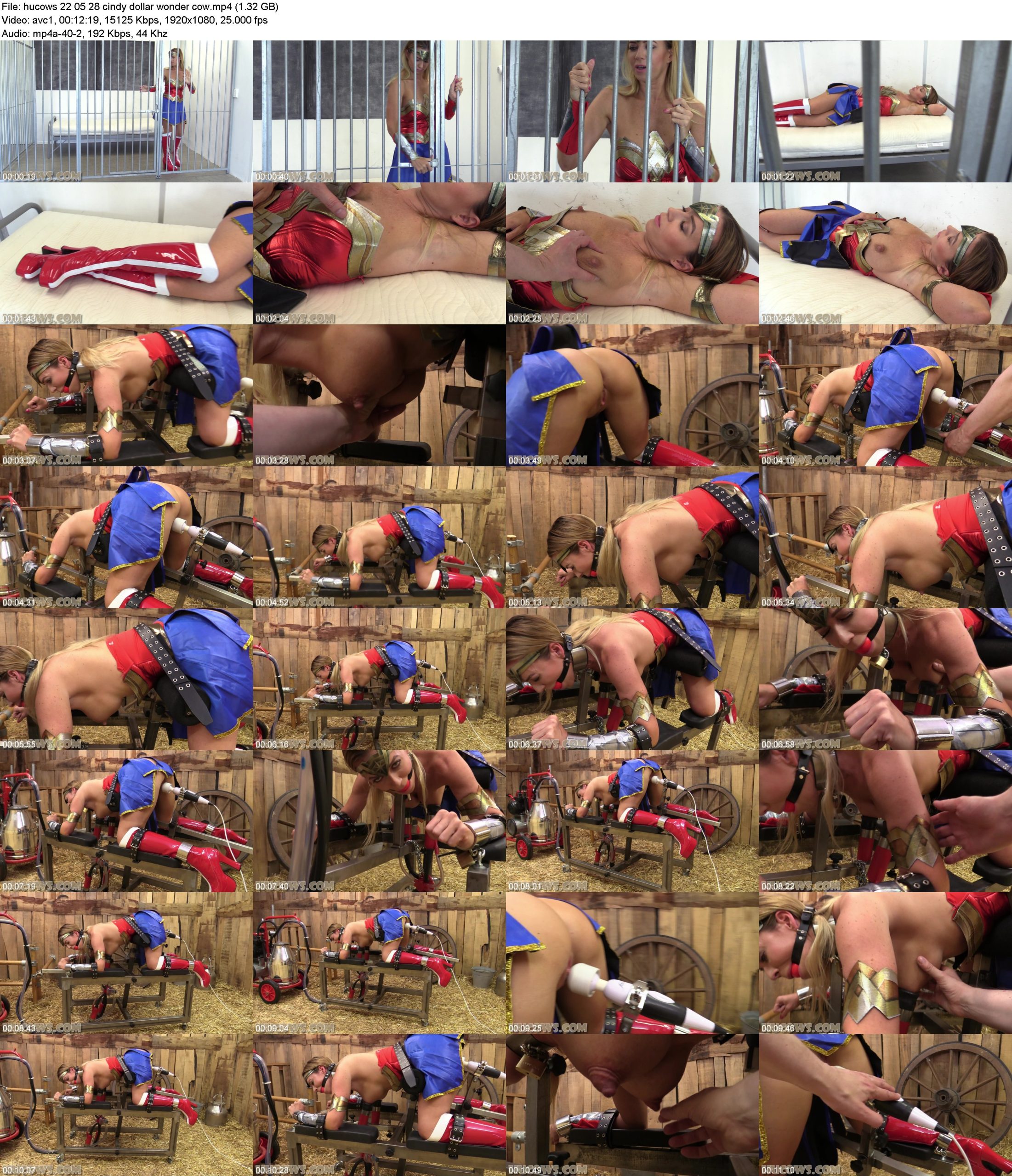 Look who the farmer has in his prison cell! This girl looks familiar! Cindy doesn’t seem to be able to bend the prison bars, so maybe she doesn’t have super strength, but she does have super udders! Once she has calmed down a bit, the farmer goes in for a closer look and pulls down her wonder outfit to reveal those nice big udders. He decides she needs a powerful milking, in the barn, on the red cow milker. Wonder Cow soon finds herself strapped and locked to the frame with a shiny red ballgag in her mouth. She tries to break free, but she can’t. Instead, the farmer turns on a magic wand and pushes it onto her clit. Cindy immediately gets weak and she would have had an instant super orgasm, if the farmer hadn’t continued his work by oiling her udders and hooking up the red cow milker. Wonder Cow is now stimulated and powerfully milked at the same time. She makes moo noises through her gag as her stretchy nipples get enlarged four times by the vacuum power. She has lost this battle, it’s a brain overload and Wonder Cow is defeated by the machines. Poor Cindy!
tags:superheroines fetish,superheroine porn,humiliation,superheroines adult movies,fantasy,wonder woman,bondage,bdsm,cosplay,parody