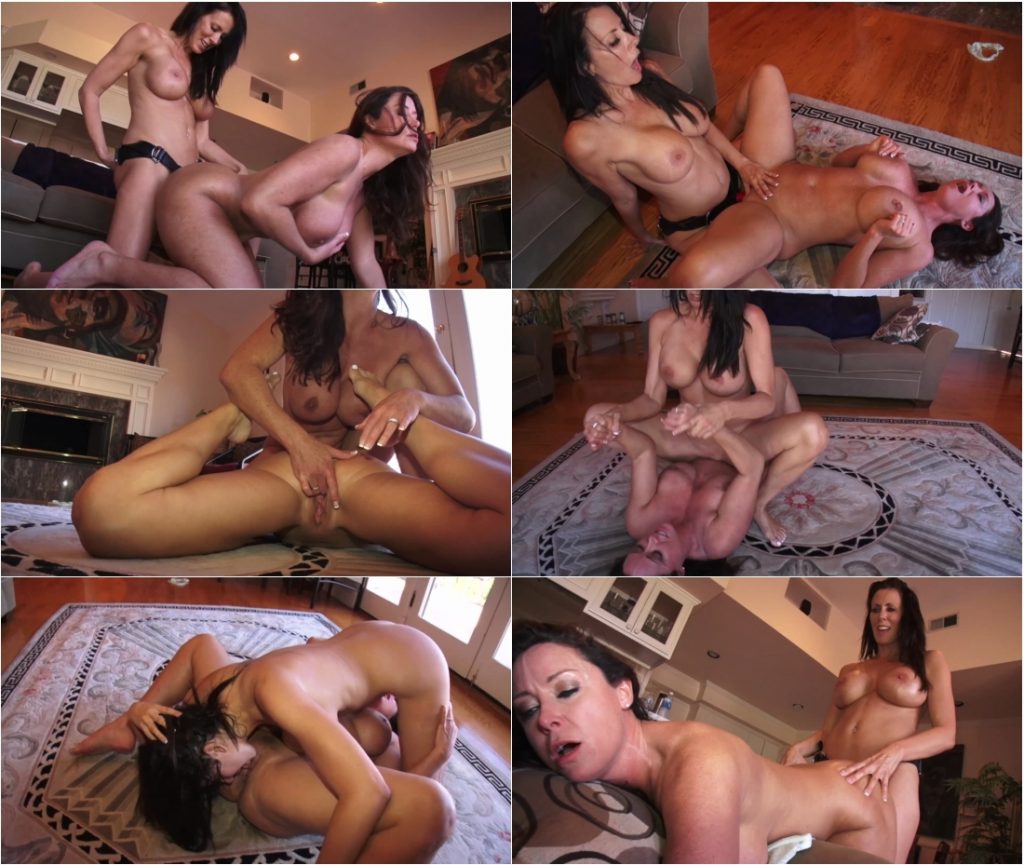 The Mother of All Rematches Part 2
Here it is! This is what you’ve all been waiting for. Let’s just say that this second part of the classic Christina Carter vs. Reagan Foxx rivaly is everything you could ever want it to be! Aggressive wrestling action, burning hot sex, and a chemistry between them that is second to none. As promised, we open with the score tied at 1 fall a piece. Christina REALLY gave it to Reagan with the strap on when she won the first fall. Be careful what you ask for, because in the Xtreme arena, what you give is what you’ll get. So we open with Reagan wearing the strap on, ready to give it to Christina good, as the prize for taking the second fall. So here it is, the third and final fall in the best of three match. But first, Christina gets the strap on. We are treated to a BEAUTIFUL shot of Christina’s hot ass as Reagan starts to lube her up. Xtreme close ups put you right there as Christina on all fours takes it doggy style from The Foxx, as the strap on is sliding in and out of her without mercy. You be al full attention as Christina moans and groans like a good slave. Reagan then makes Christina taste her own juices off the dildo and begins to mount her pile driver style. Oh yea! What an opening to more action then we can describe.The third fall starts now and Christina takes control. Feast your eyes on magic as body scissors, head scissors, tit smothering, tribbing, forced deep kissing ensue. Now it’s down and dirty sex wrestling and Christina’s experience comes in handy as she scissors, nipple twists, and clamps on an inventive Boston Crab combined with DEEP DEEP fingering. Christina continues the onslaught with mounting her bootylicious ass right on Reagan’s face. Don’t count Reagan out though. It’s FAR from over. Reagan starts to eat her foe’s pussy and Christina is driven wild by this. NOW Reagan shows her wrestling prowress as she takes to Christina like you’ve never seen. Head scissors, spanking, fingering, and even a move we’ve never seen that’s now known as The Flying Foxx!! Is it over for our resident champ Christina? There’s just so much action and sex in this one you just HAVE too have it!! Of course we end with the loser of the match getting the strap on DEEP! Christina Carter, Reagan Foxx, The Mother of All Rematches Part 2. Download this NOW. You’ll love it!
tags:catfight,cat fight,,female fighting,ring wrestling,female wrestling,Scissors,catfighting,cat fighting ,lesbian domination,lezdom,humiliation,submission,forced orgasm,facesitting,strapon,lesbian strapon