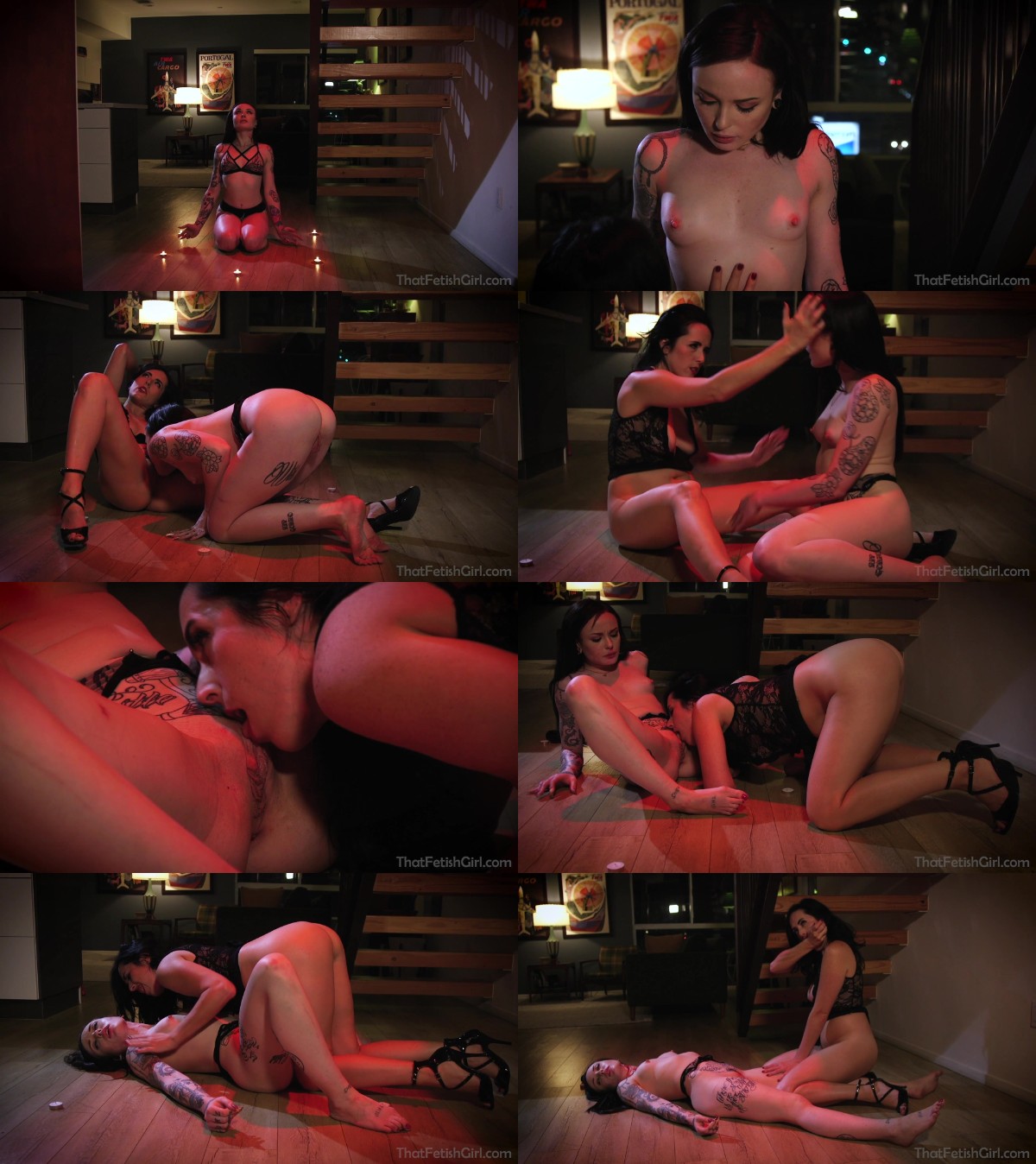 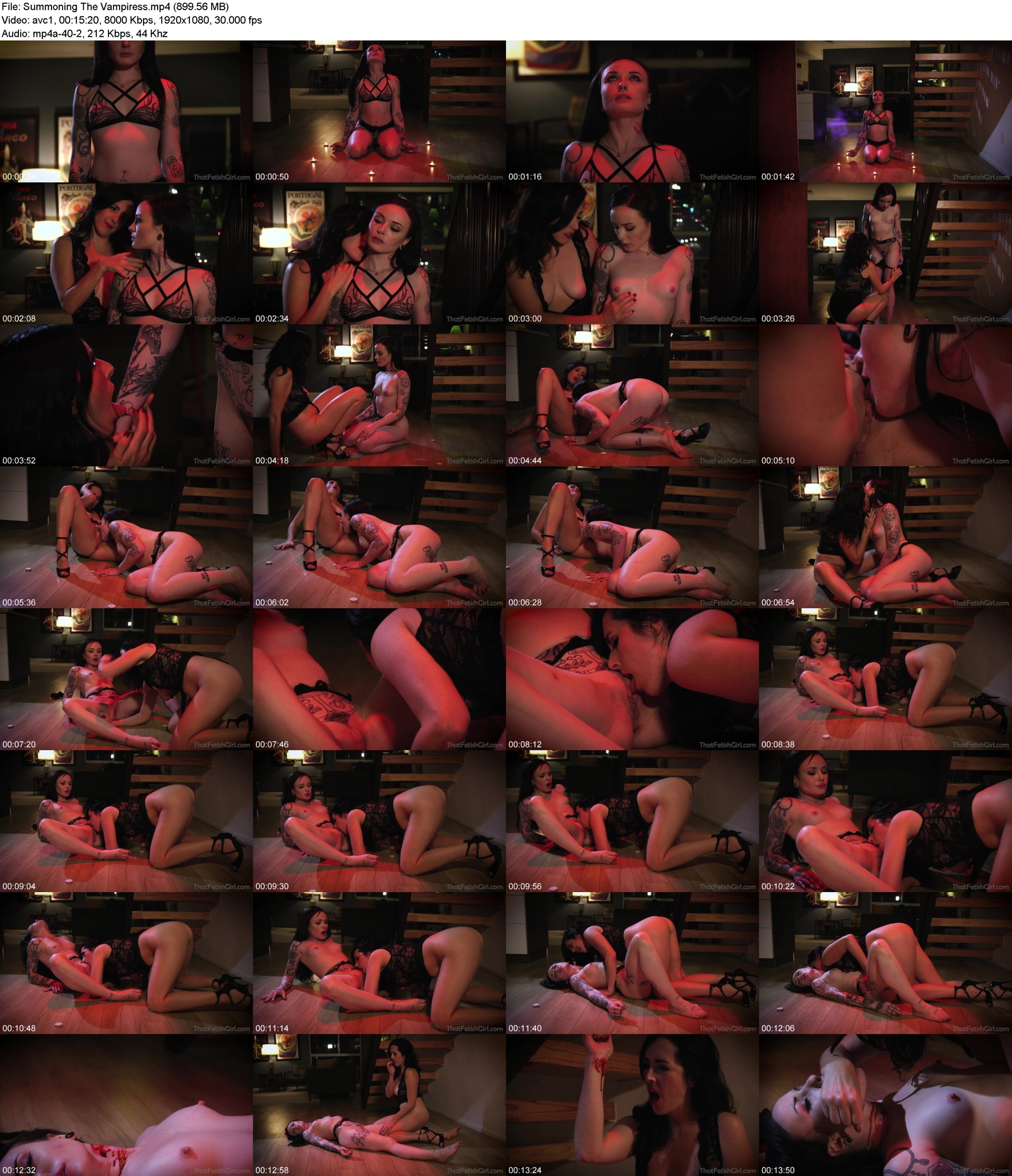 A beautiful young woman doesn’t know what kind of fire she’s playing with when she steps into a circle of candles and begins to recite some ancient words she’s gotten from a book in an attempt to summon the Vampiress. When her words crescendo a burst of light and magic surrounds her and the Vampiress appears behind her. She touches her shoulder and pulls her up to her where she begins to kiss her neck hungrily. But it won’t end as quickly as that because the Vampiress feeds off of sexual energy as much as off of the juices coursing through her victims veins. She pulls the young woman down to the floor and guides her between her legs, making her lick her pussy until she has a much deserved orgasm. Then she switches things around and gives the young woman a long and lusty kiss before making her way down to her neck. then her breasts and finally her pussy. She licks her knowingly until the young woman has climaxed as well and is full of sexual energy and then she finally goes to the neck and takes what she needs. When it’s all over and the woman is fully drained she looks back at her work and for the first time notices how beautiful her prey was. To beautiful to leave there on the floor, so she bites her own wrist and feeds to woman from her own veins to transform her into one of her own
superheroines fetish,superheroine porn, Hypnosis, EROTIC MAGIC, lesbian domination, TRANSFORMATION FETISH, vampire fetish lezdom,catfight