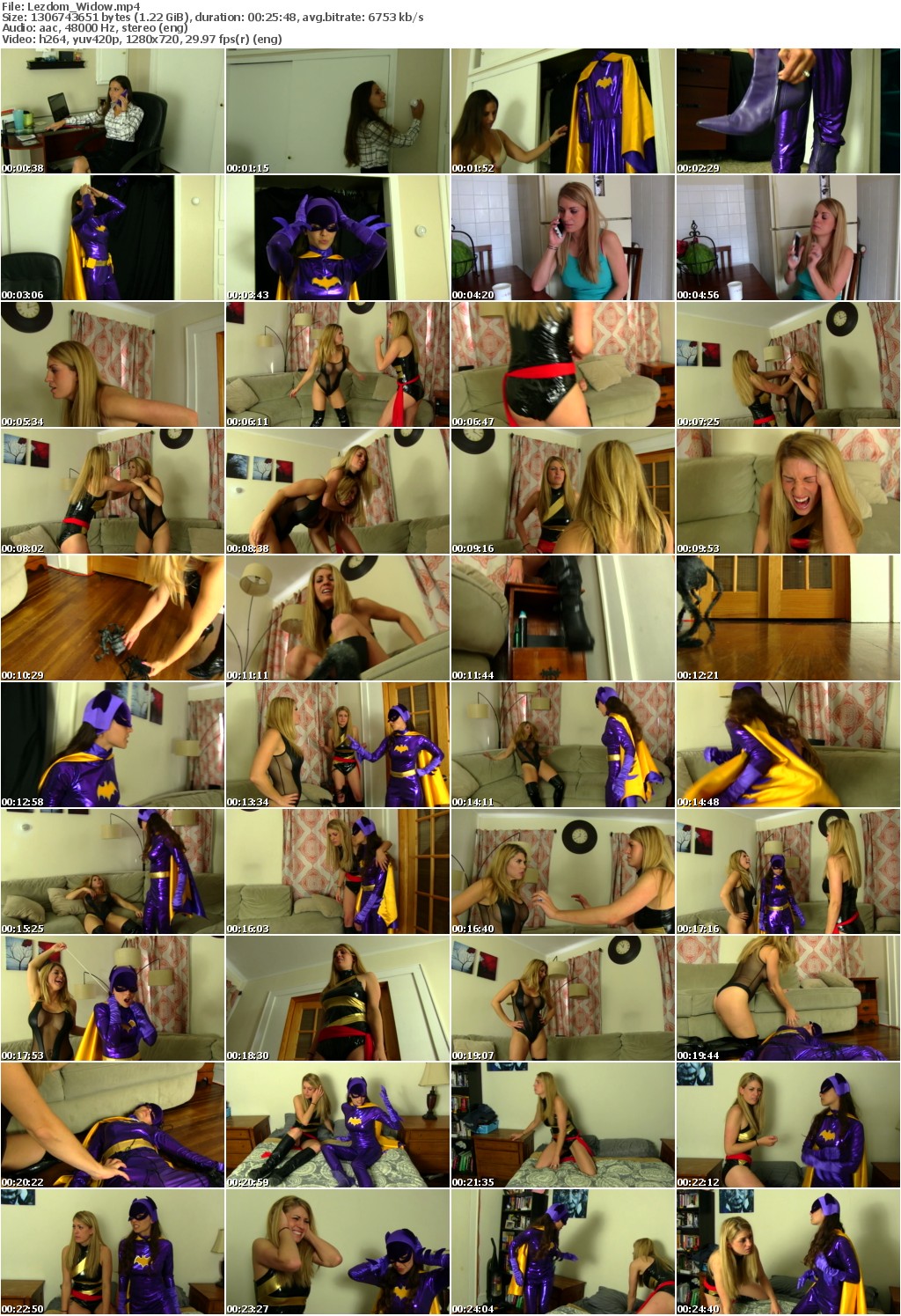 We fade in on Cali Gordon receiving a call from the governor in hopes to reach Batgirl, informing Cali that the Black Widow is up to her devious acts again. Cali tells the governor that she’ll tell Batgirl right away and Batgirl will take care of it.

We watch as Cali Gordon accesses her secret closet and changes into Batgirl piece by piece, She’s only human, it not like she has powers or anything. Once fully changed Batgirl heads off to find Black Widow.

We now fade in on Keri Spectrum, having her morning coffee and checking her twitter, when her phone rings, it’s Batgirl. Batgirl informs Keri of the situation, asking for her assistance, of course Keri agrees. She uses her powers to instantly change into Ms. Marvel.

Ms. Marvel arrives 1stat Black Widow’s (Carissa Montgomery) lair, where she is met by the Black Widow and after a few harsh words a fight breaks out. Ms. Marvel is just a little too strong for Black Widow, although Black Widow doesn’t go down without a fight. Just when Ms. Marvel is about to end this fight, Black Widow pulls out a spray can, explaining that I contains a fear gas, as she sprays it in Ms. Marvel’s face.

Ms. Marvel, the once brave and powerful superheroine, now cowers in the corner and screams in fear of the Black Widow’s pet spiders as they slowly creep towards her. Once the spiders get to Ms. Marvel, she can only weep in the corner as she is frozen stiff from terror.

Finally, Batgirl arrives and rushes to Ms. Marvel’s aid, but can’t understand the tearful words coming out of her mouth. Black Widow interrupts, giving Batgirl an invitation to help her seize Gotham, which of course Batgirl refuses, threatening revenge for what she’s done to Ms. Marvel.
Black Widow tries to fight Batgirl, but fails miserably, as Batgirl dominates. Once Batgirl thinks Black Widow has had enough, she goes to aid Ms. Marvel again, removing the spiders from around her and helping her compose herself.

Once Ms. Marvel has gathered herself, they both confront Black Widow, who sits confident, explaining that her fear toxin has another trait, and that is mind control. Ms. Marvel tries to attack, but is commanded to freeze and she does. Batgirl is so shocked and confused, that she turns her back on Black Widow, who takes advantage, trapping Batgirl in her web, while Ms. Marvel can do nothing, but watch and beg. Batgirl struggles in the webbing, as Black Widow sprays her with a sleep spray, Batgirl . Black Widow plays with and explores Batgirl’s limp body as we fade out.

We fade back in on both Ms. Marvel and Batgirl sleeping on a bed. Ms. Marvel wakes up 1stand immediately wakes Batgirl. The girls try to escape when Black Widow’s voice fills the room, explaining that they are in an eco-chamber that will emit a torturous sound that will make them crazy and beg to be a part of her team. The heroines are in disbelief as the 1sthigh pitch squeal resonates from the walls. They try to fight it, they try to escape, but as the squeals continue and Black Widow laughs, they both slowly succumb to noise.
This 23 minute clip includes damsels in superheroines, distress, cosplay, female fighting, costumes
Category: SUPERHEROINES
Related Categories: SUPER VILLAIN, COSPLAY, DAMSEL IN DISTRESS, FEMALE FIGHTING Keywords: cali logan, batgirl, keri spectrum, ms marvel, carissa montgomery, black widow, peril
tags:superheroine,superheroines,lesbian domination,lezdom,stroyline,froced orgasm,submission,humiliation,super hero, super heroines ,catfight,batwoman