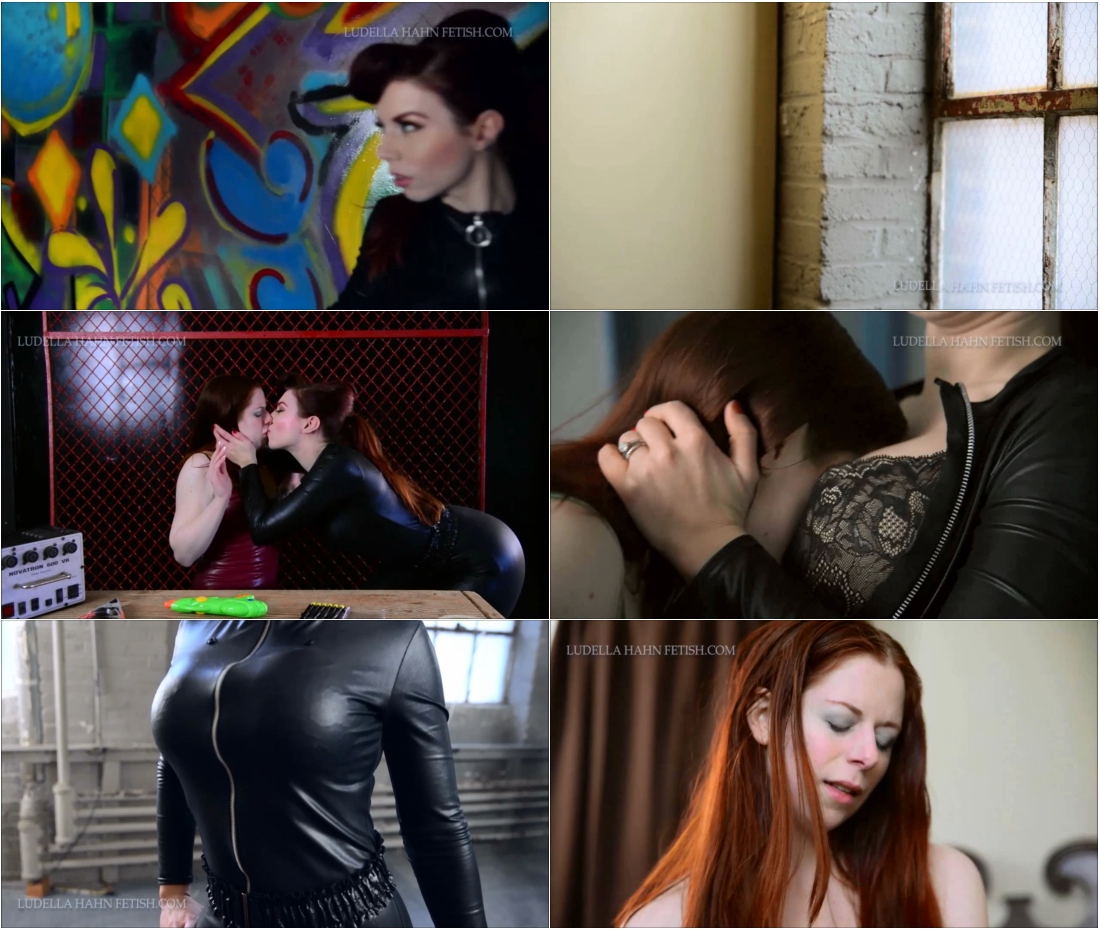 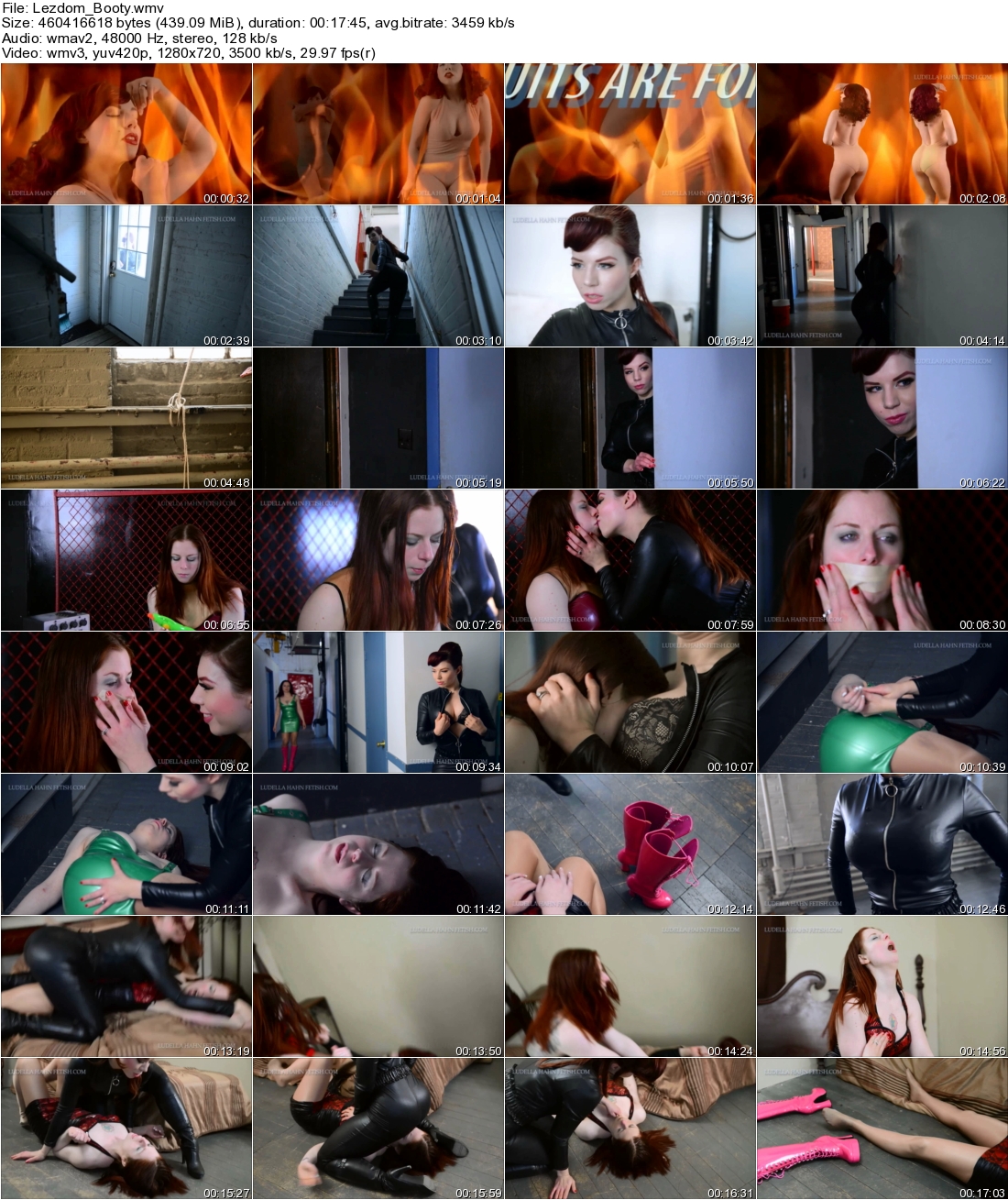 Clip Includes: Limp Fetish, Smother, Super Spy, Bond Parody, Superheroine, Face Sitting, Fight Sequence, Smothering, Secret Identity, Latex, Sleepy, Clones, Hand Over Mouth Gag, Tape Gag, Limp Play, Limb Manipulation, Groping, Campy, Special FX Bond Parody intro, Catsuit, Pantyhose, Leila Hazlett, NO NUDITY
Ludella is super spy BOOTY GALORE in this clip inspired by old Bond films and spy shows. She works for CHARM (Central Headquarters for Adversary Removal Missions) and has been given the task to stop an evil villainess’ diabolical scheme to release her new nerve gas at a Nobel Prize afterparty in Stockholm, which includes the winners in attendance. Of course the villainess Kitty Tango is not at the warehouse hideout she set up in, but her clone henchwomen (all played by Leila Hazlett), her little rubber duckies (mass produced, physically identical and rubbery) are getting ready for the party. They plan to go in disguised as dancers and will release the gas in prop they’ve incorporated in their routine. Booty Galore needs to get in and put them out before Kitty Tango notices. She’s able to infiltrate the hideout and finds the first clone doing last minute touches on the in a workshop. Because these clones were essentially born yesterday, it doesn’t take much to trick and seduce them. She uses her special lipstick “Pretty Poison” to put the first one in a trance, after sneaking up and planting a big long kiss on her lips. When she stops fighting, Booty Galore find a roll of tape and tapes over her lips, then over her nose, pinching until she’s out. One ducky down, 2 to go. Booty Galore hides around a corner in the hallway to sneak up on clone 2. She decides she’ll use her ample breasts to put this one out, so she unzips her catsuit while waiting, then sneaks up behind and does a hand-over-mouth gag and a nerve pinch to her neck to subdue her, then turns her around and shoves her face into her boobs to smother her. When she stops struggling and goes limp, Ludella lowers her to the floor, manipulates her limbs and lets them drop, then checks her pulse. No one is around, so she decides to take the opportunity to feel her up, squeezing her breasts and caressing her curves in the latex dress. When she’s satisfied, she zips up her catsuit and moves on to the last clone. This one she finds in a bedroom about to put her boots on. Booty Galore steps. At first the clone just oggles her (POV), but once Ludella has her attention, she shoves her onto the bed and they get into an oldschool 60’s catfight, rolling around back and forth, pulling hair, scratching. It seems like the clone is winning. She mounts Ludella and begins to her, so Ludella decides to play dirty. She reaches up and begins rubbing Leila’s nipples. Leila repeatedly tells her to stop, but Ludella keeps doing it. Soon Leila stops resisting and starts to moan with pleasure…then Ludella squeezes HARD to throw her off guard. She immediately pulls back, letting go of Ludella’s neck. Ludella takes the opportunity to throw her to the floor and sit on her face. She lets her up for air once. “How am I supposed to–mmmmmppphh” Ludella sits back down, cutting her off mid-sentence. This time she doesn’t get up until Leila stops struggling. Then Ludella manipulates her limbs, checks her pulse, and says “Mission Accomplished,” leaving quickly before Kitty Tango notices and comes out with her claws. “Booty Galore, out.”