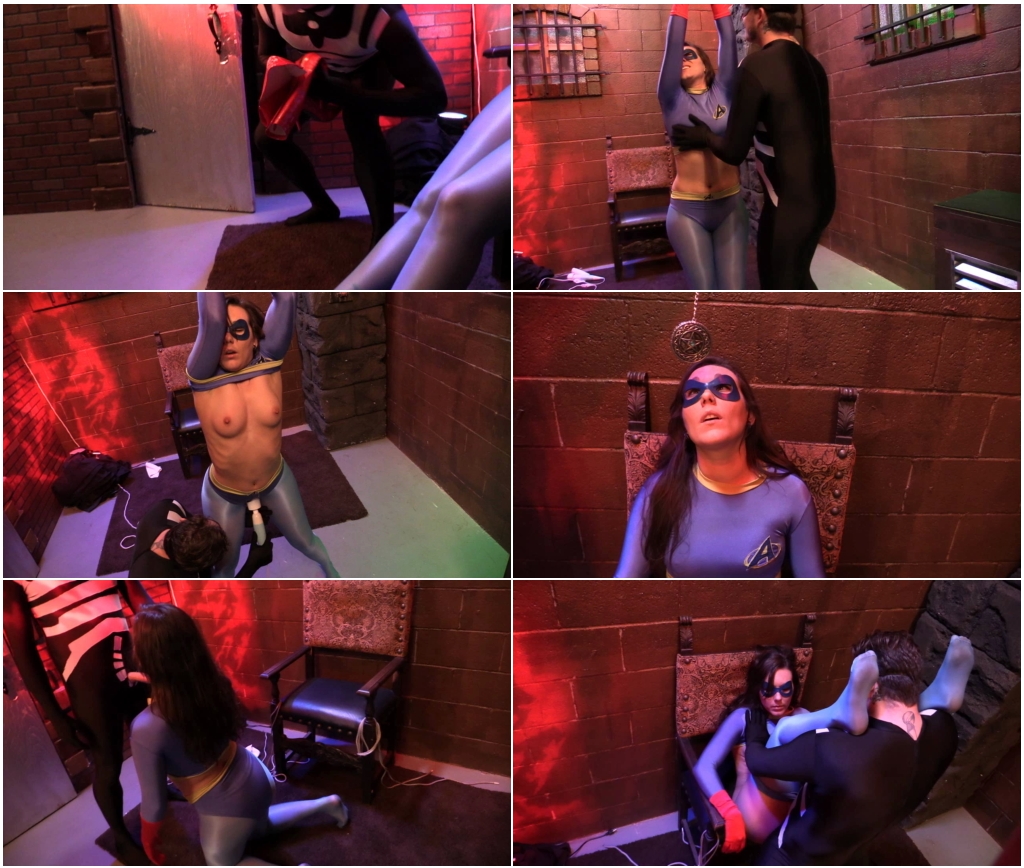 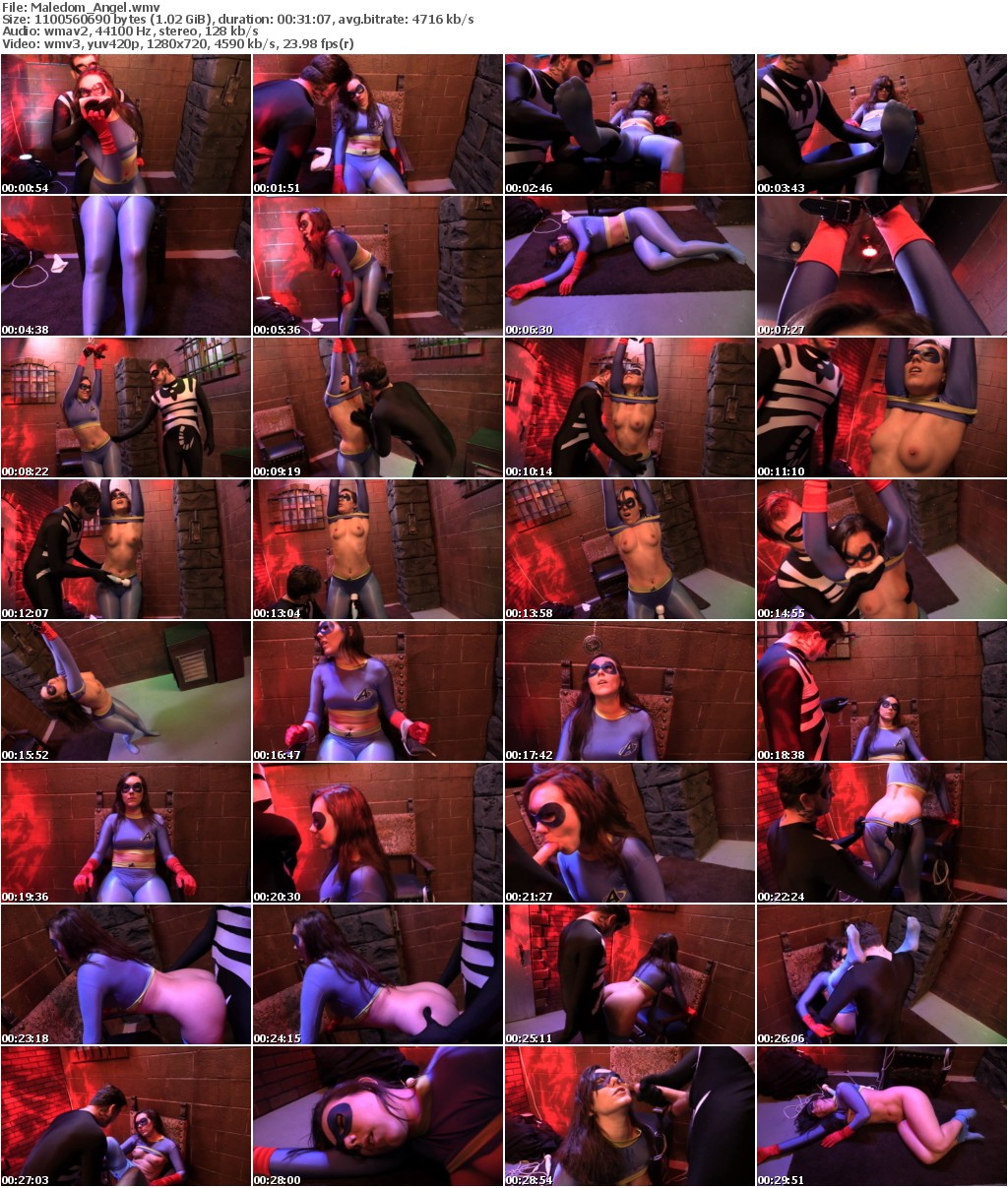 Ever wanted to see Sinn Sage in hot B/G action? Today is your day!

A Blue Angel is hot on the trail of one of the Scorpion’s minions, or is he on the trail of her? He gets the drop on her and after a dose of the C it’s lights out for the pesky Blue Angel!
He deboots the superheroine and plays with her for a bit, then leaves. Some time passes and she wakes up and groggily stumbles around, looking to regain her senses and get out of the dungeon. Unfortunately, the Scorpion’s minion hasn’t gone far and he cracks open the door and lets fly with a blowgun dart. BUllseye! He hits the heroine right in the neck! She tries to fight it but soon succumbs to the drug and is out once again.

And once again, the Blue Angel wakes and THIS time finds herself tied to a chair. The minion approaches with a shiny pendant. What could this be? It appears the Blue Angel already knows but there is nothing she can do about it. She finds herself falling under it’s spell and, completely entranced, agrees to give the co-ordinates. But the monion is not finished. Knowing he has her under his spell, he commands her to get on her knees and pleasure him. Once he is tired of that, he bends her over a chair where he continues his dominance over the compliant superheroine. When she finally comes to her senses, it is too late and he finishes off with a blast, leaving her broken and humiliated.