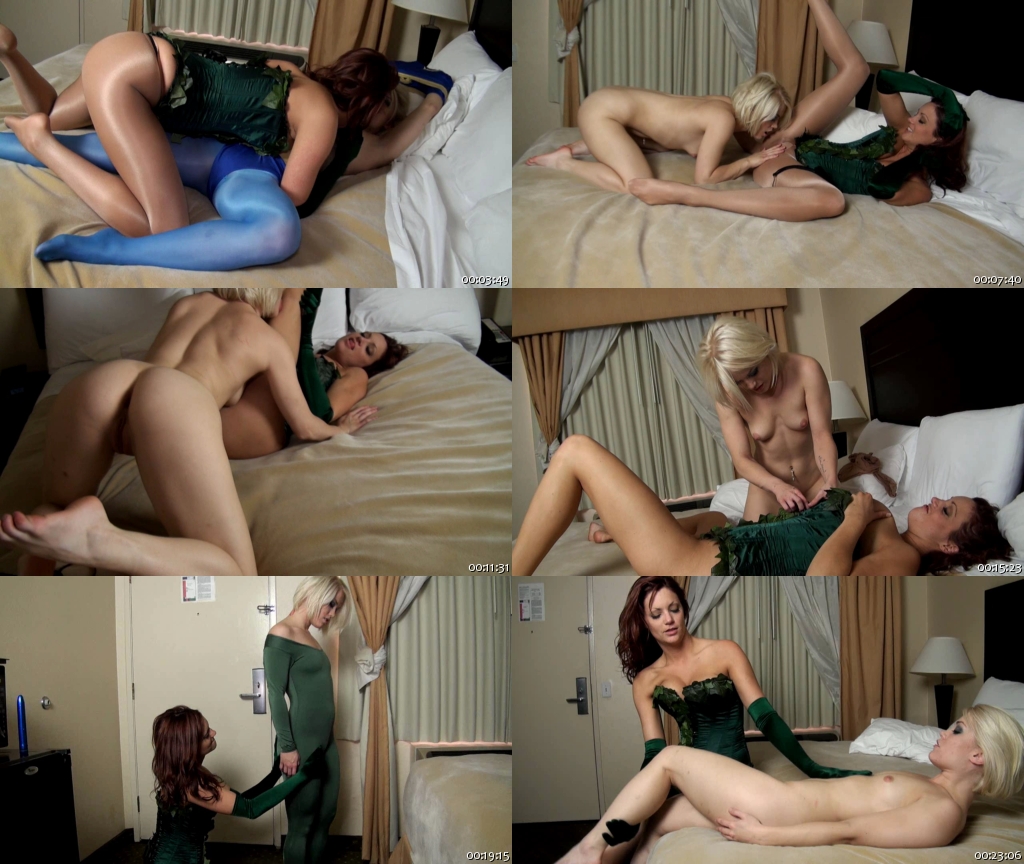 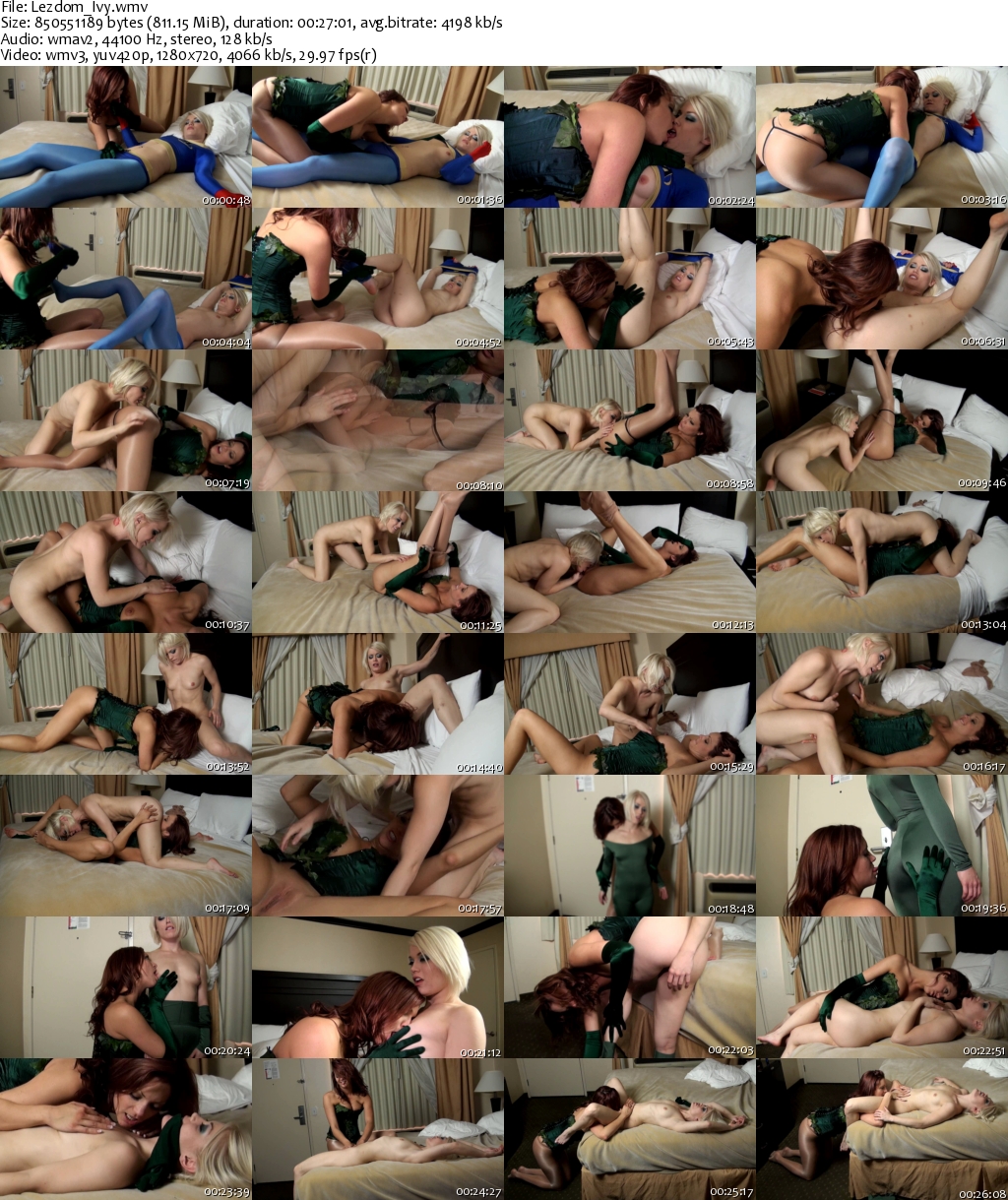 The insatiable Ivygrrl has captured Blue Angel Ash and dragged her back to her secret hideout.

Soon, Ash is completely naked and at the mercy of the sexy villainess

Ash removes Ivy’s g-string and begins lapping away at Ivy’s nylon encased pussy. Ivy squeals with delight as the Blue Angel pulls down her shiny pantyhose and exposes her dripping wet slit. Ash wastes no time going down on her arch rival, lost in a world of lust. Ivygrrl writhes in extascy as Ash brings her to an immediate and powerful orgasm with her talented tongue and probing fingers!

Now it’s Ash’s turn, and Ivy goes to work on her now submissive pet. She spreads the heroines legs and forces her powerful tongue deep inside Ash’s folds. Ash grips the headboard for support as waves of pleasure course through her body. Her eyes roll back into her head as she too has an intense climax!