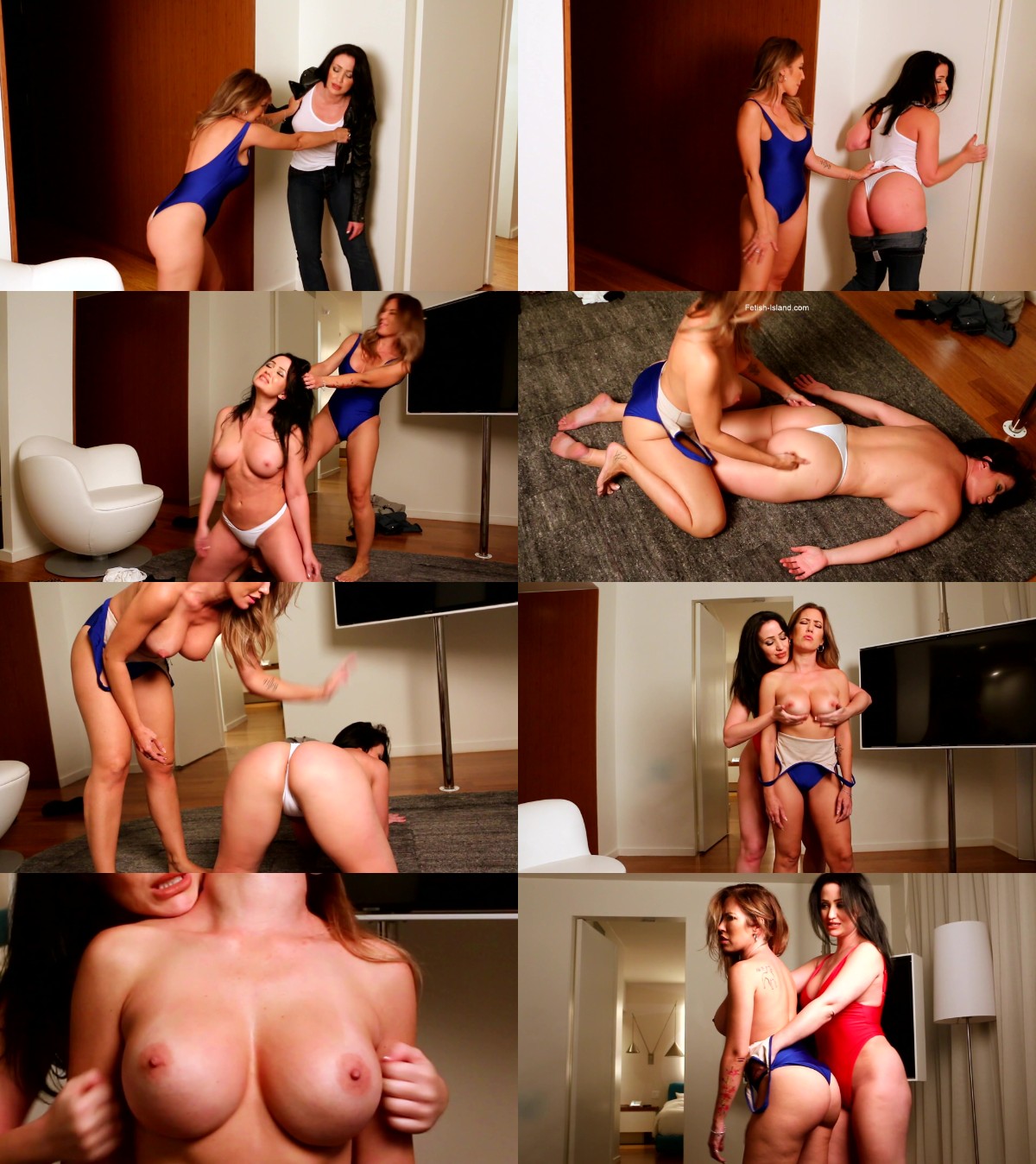 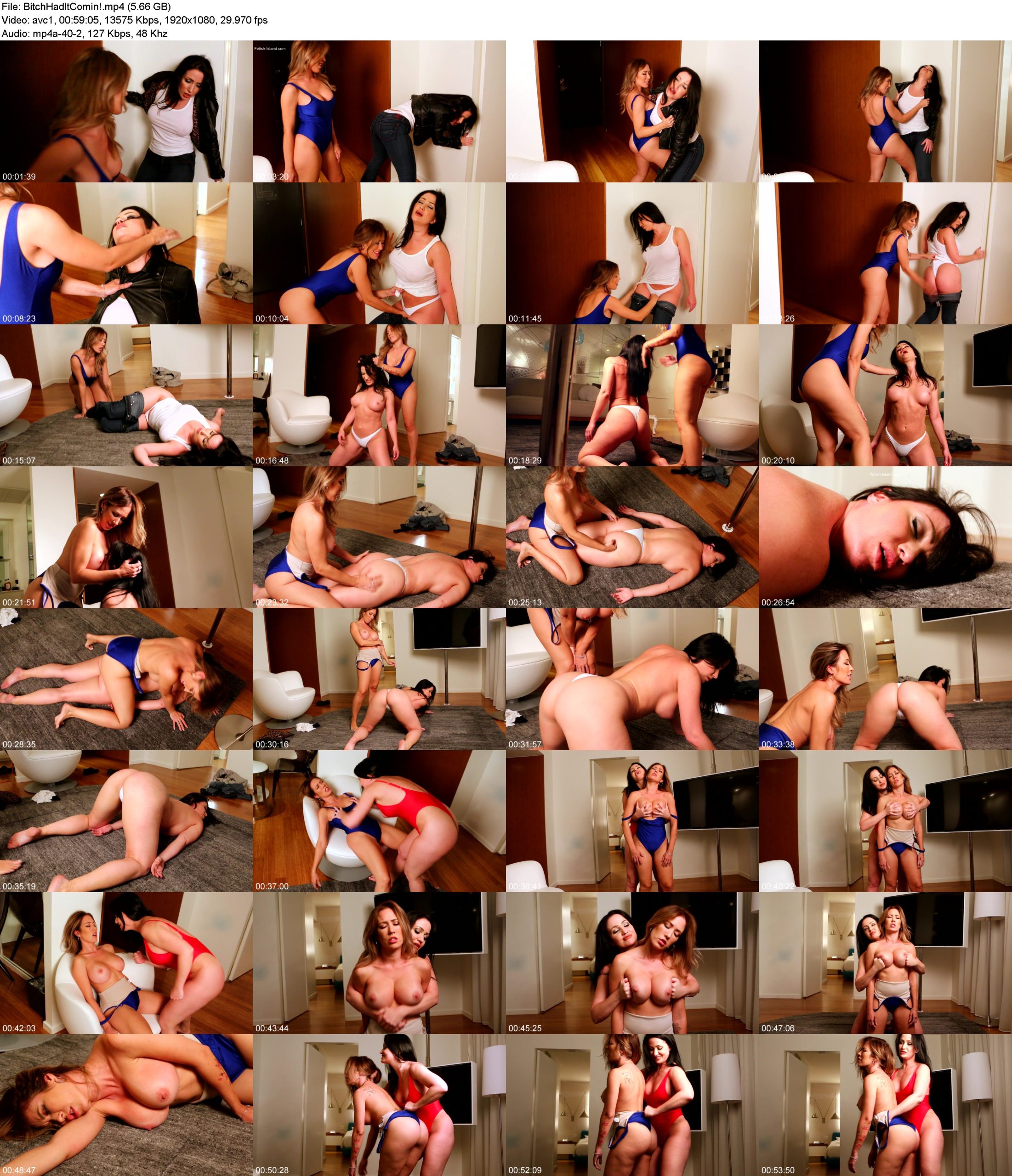 Needless to say, Angela is fuming for revenge, and sneak attacks Capri in their next match! Soon it is Capri who is totally helpless, as Angela targets her vulnerable bouncy breasts and ass with punches and kicks and squeezes and fondling and knees!