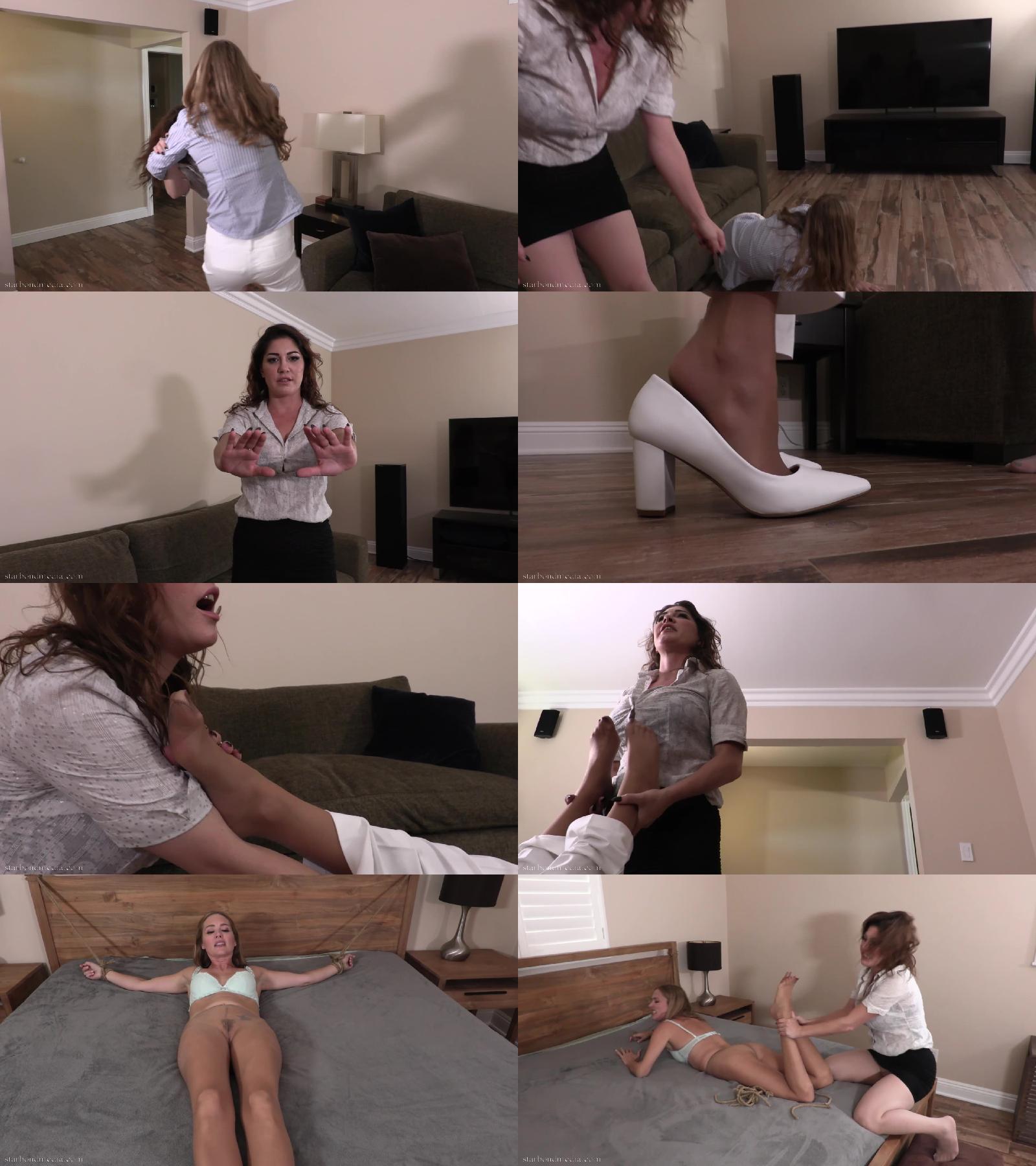 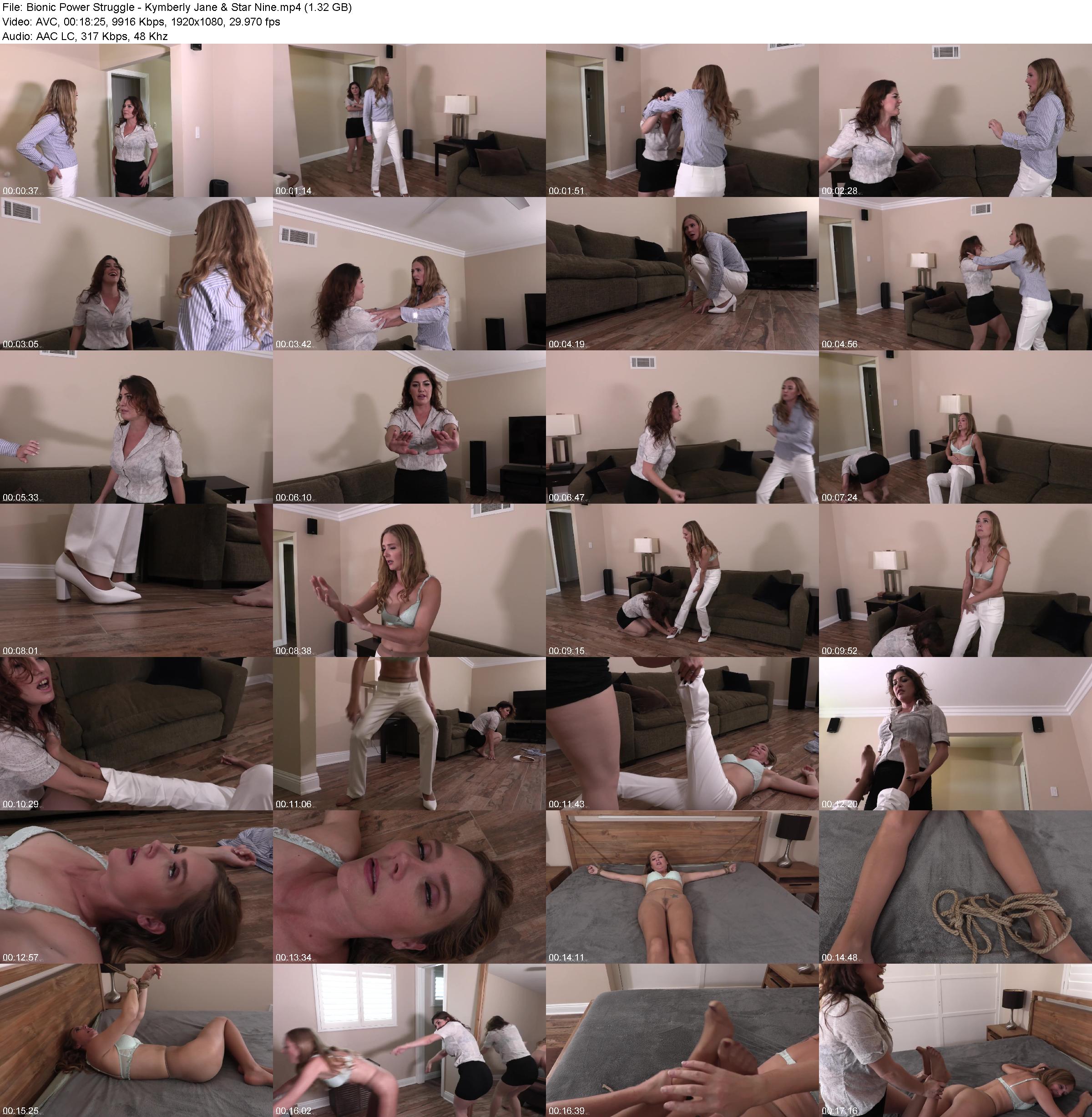 Star is investigating the cause of a large power drain on the grid in a certain area of the city. She pinpoints the surge in power usage to a single family home & knocks on the door. The woman who answers (Kymberly Jane) is suspicious, but doesn’t stop Star from coming in.
Walking past Kym into the living room, Star uses her bionic ear to listen for anything high voltage. She detects something behind her & walks around to the other side of Kym to listen again. Now the sound is coming from the direction she started in! She wonders whether her bionic ear is malfunctioning, and then Kym attacks!
Kym & Star trade blows, Star marveling at how strong Kym is, until suddenly Kym’s vocals begin to malfunction. Star realizes that she is fighting a robot as Kym hurries towards the nearest electrical outlet to recharge.
Star bionically jumps over to push Kym away from the power outlet and the battle continues until Kym’s hand comes in contact with Star’s bionic ear & discovers that she is fighting a power source! Suddenly the battle is over access to Star’s bionic limbs. The fight continues, but Star’s limbs are drained by the robot one by one.
Category: SUPERHEROINES
Related Categories: ROBOTS, COSPLAY, FEMALE FIGHTING, COSTUMES, PANTYHOSE/STOCKINGS.
Keywords: star nine, pantyhose under pants, kymberly jane, bionic woman.
tags:superheroine,superheroines,lesbian domination,lezdom,story line ,storyline,forced orgasm,submission,humiliation,super hero, super heroines ,superheroines porn,superheroine porn , superheroines adult movies,superheroines fetish,magic power,magic control,fantasy,lesbian sex,lesbian porn,lesbian bondage,,lesbian strapon,spanking,lesbian bondage,slave,slavery,mistress,enslavment ,catfight,cat fight,,female fighting,ring wrestling,female wrestling,Scissors,catfighting,cat fighting,catfight fetish,catfight porn ,facesitting,mind fuck,mind control,hypnosis