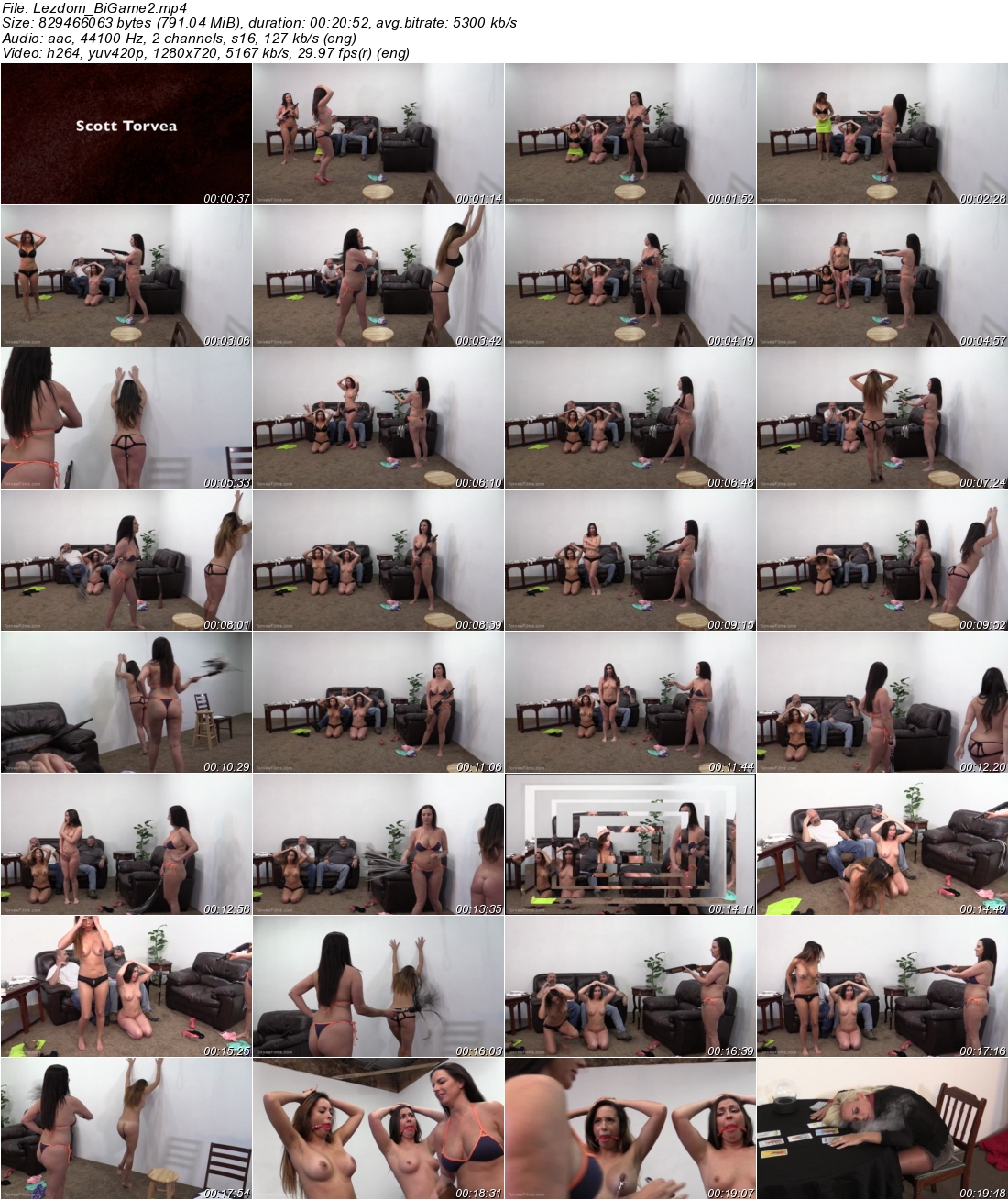 Lucy Purr and Brittany Shae have been unsuspecting pawns in a bet between their boyfriends over a sports game. If the guy’s team loses, their girlfriend has to strip and get a whipping.Kobe Lee doles out the punishment in her skimpy bikini and loves humiliating them.
Lucy strips an item of clothing, walks like cattle with her hands on her head and receives her whips. The ballgag muffles her cries as she squirms with each impact.
When the game is on back on, they revert to the sitting position with the hands on their heads. Brittany’s team loses and she begrudgingly strips her bra and bounces her tits on command. Her back arches when she takes her whips and cries with each stroke.
Lucy tries to cover her huge tits when her bra is removed. Brittany has to shake her ass when she removes her panties and gets nervous that she will have to sit on the stool for the final punishment. Multiple rounds of flogs and stripping makes them wide eyed and anxious but they cry when Kobe applies nipple clamps to their sensitive tits.
This is the worst game they have ever played but they know there is more to come!
OTHER KEYWORDS- male domination, ballgagged women, embarrassed nude female, embarrassed naked female, ENF, Brittany Shay,
Category: Forced Stripping Secondary categories: Damsel in Distress , Lesbian Domination , Embarrassment , Corporal Punishment , BDSM
tags:lesbian domination,lezdom,story line ,storyline,forced orgasm,submission,humiliation,anal,butt plug,spanking,lesbian whipping