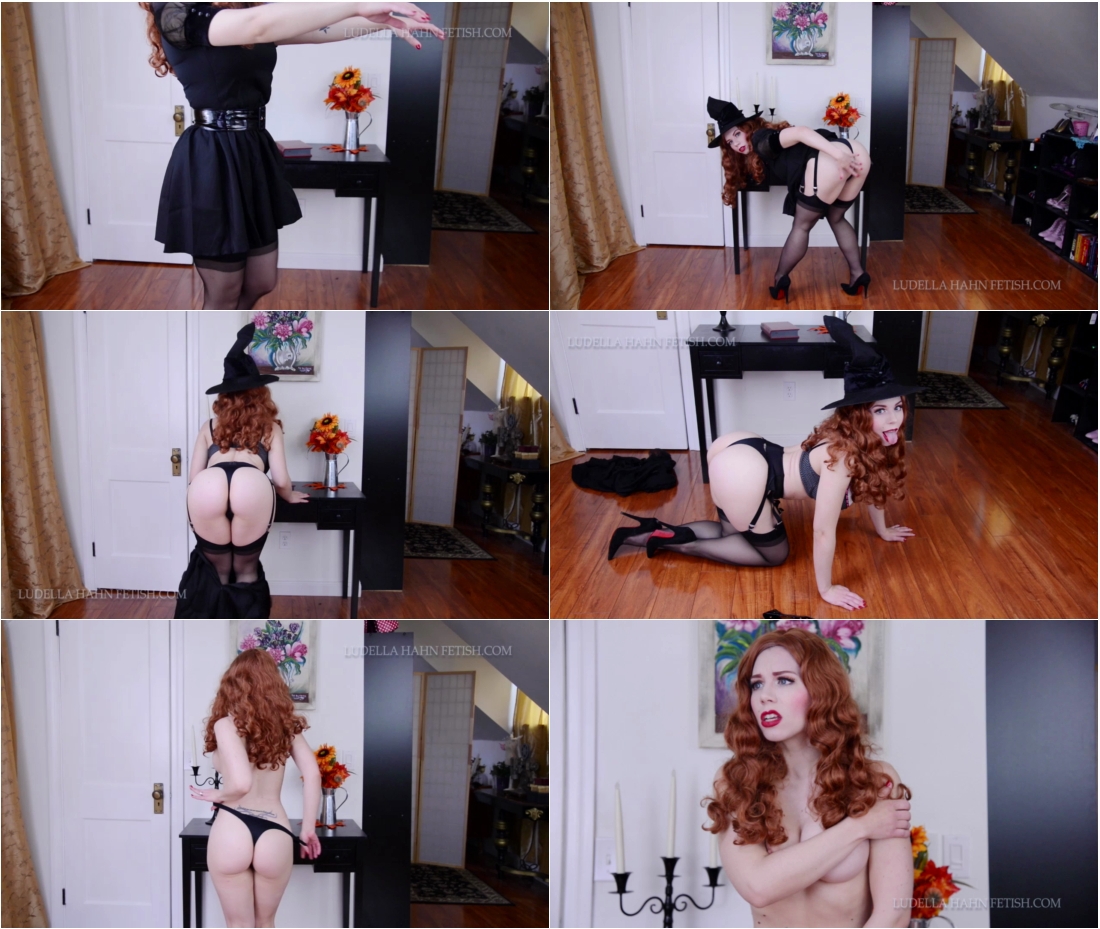 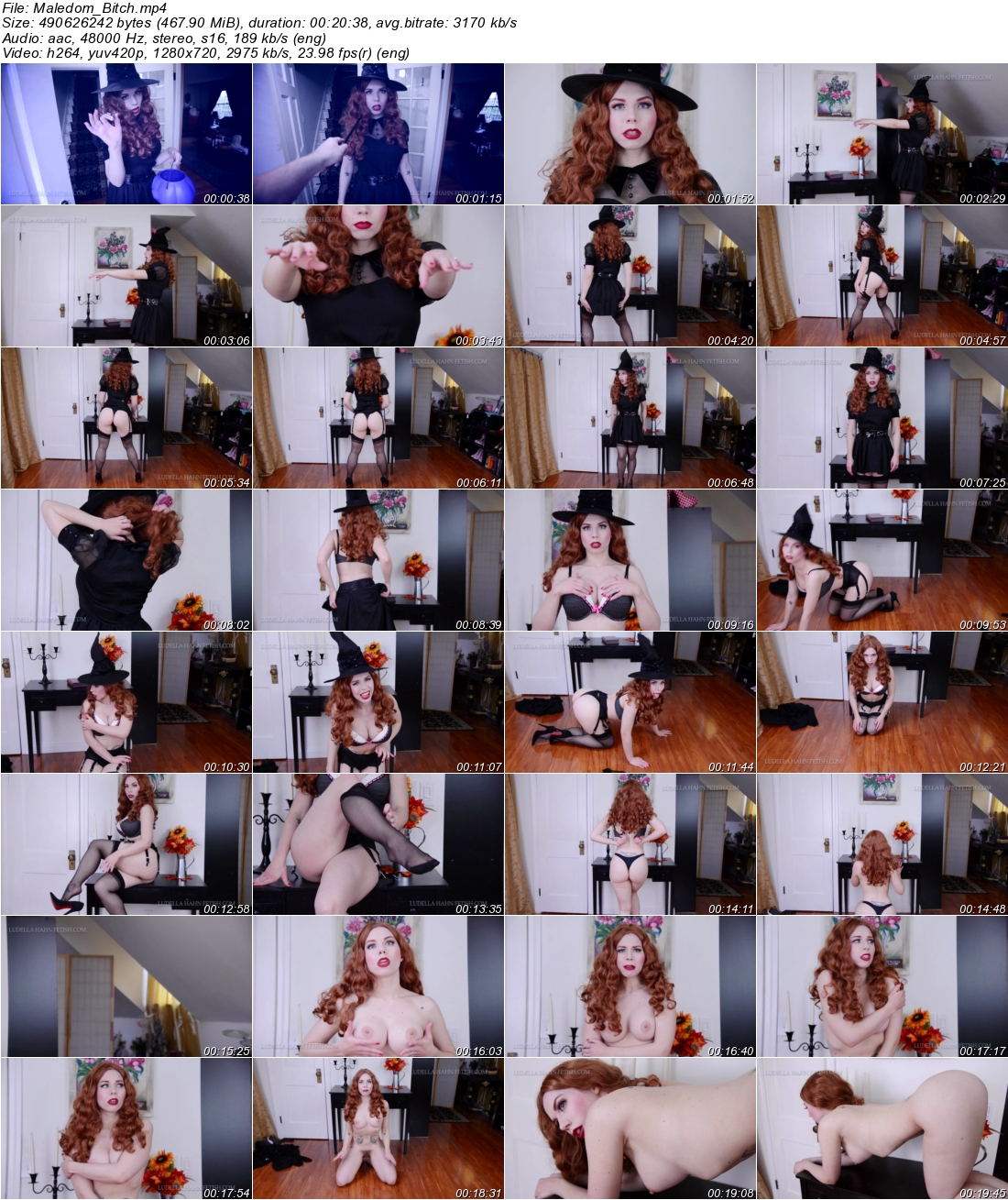 Clip Includes: POV, Bitch to Controlled Plaything, Magic Control, Halloween, Witch Costume, Bewtiched, Zombie Walk, Blank Stares, Mantras, Mindless Stares, Panting Like a and Wagging her Tail, Woman Following Orders, Female Training, Erotic Magic, Real Doll, Trance, Entranced, Stripping, Doggy Style, Sexy Posing, Dancing, Big Butt, Big Tits, Tit Play, Groping, Obedient Slave, Redhead, Bitchy Brat to Submissive Pet, Ludella Hahn, Contains FULL NUDITY
Alternative Title “Witch Better Have My Candy.” POV arrives at Ludella’s house on Halloween with a plan to get revenge on her for being such a bitch and humiliating him at school. He knows her parents are at some party and she’s home alone with candy duty, so the timing is perfect. She opens the door with a less than gracious attitude and her attitude turns to full on bitch mode when she sees it’s him. She refuses to give him any candy, though of course he has a different kind of candy in mind. “Ugh. I’m going to tell everyone at school that you were trick-or-treating like a loser. Now, get out of here, weirdo.” But he stops her from shutting the door and pushes his way in, applying a device to her temple that shocks he into a submissive mesmerized state. “Yes, Master. This way,” She ascends the stairs to her bedroom and he locks the door behind them.
Then, he plays with her. First, making her walk around like a zombie with her hands in front. He also does things like make her show off her butt, dance sexily, strip, crawl around and act like a , play with her big tits, show off her body and state mantras of her submission to him and about her body belonging to him…all while snapping her out of it in embarrassing moments just so she has an opportunity to be humiliated. She continues to act like a bitch whenever she returns to her normal state, so he puts her back in a trance to train her some more. Finally, when she’s completely naked and in the middle of bouncing her boobs for him, he snaps her out to complete his revenge. GASP! “What is going on here? You need to undo whatever weirdoness you did to me!” But she finds out that he’s recorded the whole humiliating evening and will release it on the internet if she doesn’t do everything he says. She is completely frustrated. How could he do this to her?
At first she thinks she can get her way out of it. She’ll just tell Daddy and then…and then he’ll know about it…no, no she can’t have him know about this. “Ugh! I can’t believe you’re going to get away with this you little twerp! And, I can’t believe I’m even going to say this, but, what do I need to do to get you to keep this video secret?” The thing of it is, he had planned on returning her to the entranced state the entire time. He just wanted to see her humiliation, to see her freak out and cave. He just wanted to see her get desperate. But now all he wants is for her to remain his submissive plaything…to do what he wants with her… SNAP! “Yes, Master, I am yours forever.” She lowers herself to the ground in a submissive position. She is his now. The bitch is his bewitched slave until he wants otherwise.
Category: MAGIC CONTROL
Related Categories: FEMALE TRAINING, HUMILIATION, REAL DOLL, COSTUMES, MAGIC CONTROL
Keywords: magic control, mind control, witch, mesmerized, bitch to sex slave, brainwashed, real doll, ludella hahn, humiliation, tit play, ass shaking, panting, doggy style, woman following orders
Tags:Maledom,Male Domination,superheroine,superheroines,Humiliation,storyline,story line,Mixed Wrestling,mixed fight,Submission,froced orgasm,super hero, super heroines,superheroines porn,superheroines adult movies