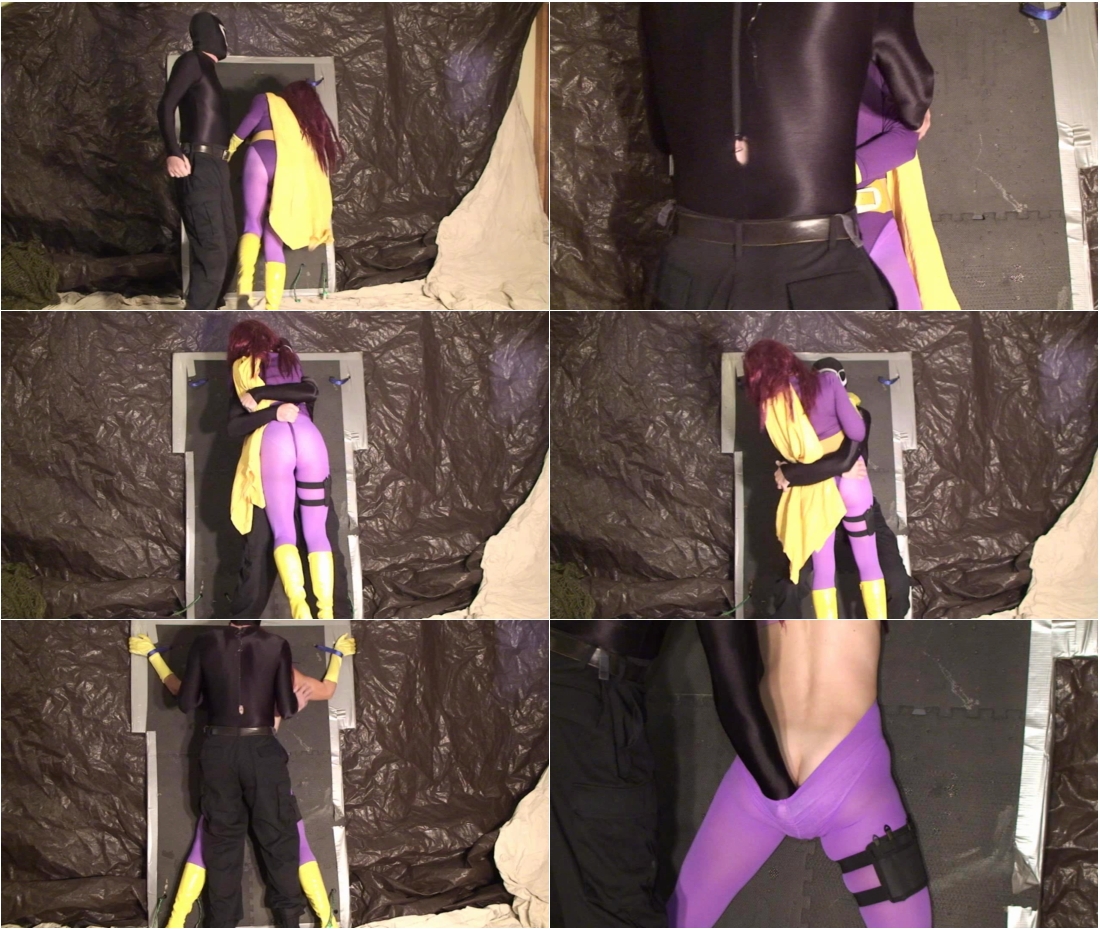 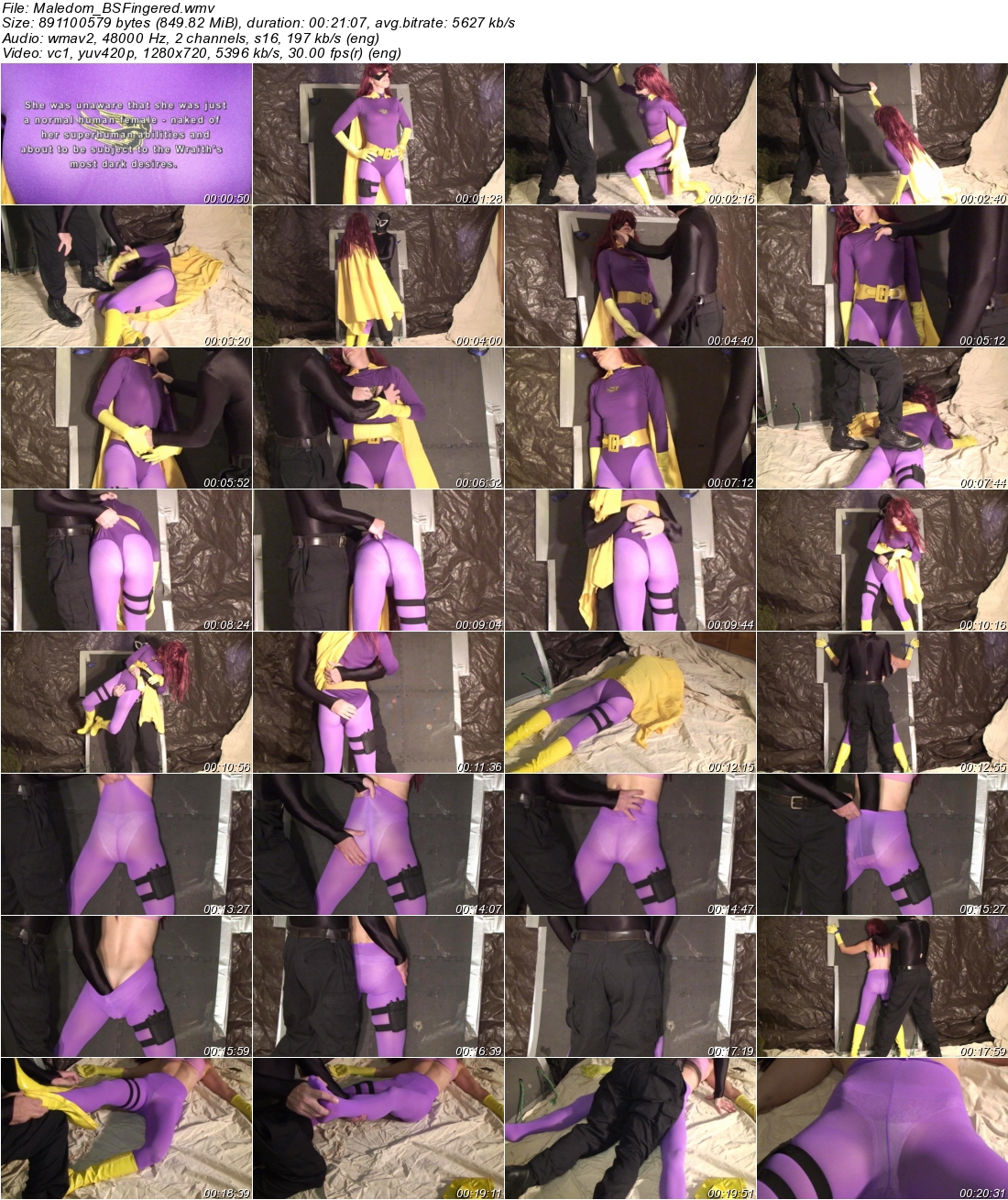 The world had finally achieved peace but the evil Wraith was not part of the peace plan. He hijacked the remaining nuclear warheads set for disposal and threatened to detonate them in each of the world’s major cities unless the superheroine known as the the Amethyst Albatross was delivered to him. She willingly obliged, knowing that with her invulnerability and superhuman powers she could put an end to his reign of evil for good. What she had not planned on was his lair being lined with the one alloy which nullified all of her powers, Cyriliium. Clad in her purple and yellow, iconic uniform, she entered the lair and proudly boasted to the villain that he would be finished but when she attacks, she realizes her powers are useless. The Wraith retaliates in brutal fashion, pummeling her ruthlessly, mauling her breasts and crotch then stripping her, binding her to a rack and fingering her tight pussy, bringing the muscular heroine to an incredibly wet orgasm. Choked out, she is helpless, laying stripped and shamed as he removes her boots and fondles her stocking feet, then thoroughly enjoys massaging her perfect breasts. Bear hugs, belly punching, mixed wrestling, foot fetish, boot removal, stripping, carrying, fondling, cunt busts, breast punishment, forced orgasms and more in this deviant and juicy movie.
Category: SUPERHEROINES
Related Categories: MIXED WRESTLING, FORCED ORGASMS, CUNT BUSTING, SPANDEX, WEDGIES
Keywords: wedgies, orgasm, mixed wrestling, bearhug, bear hug, cunt busting, cunt bust
Tags:Maledom,Male Domination,superheroine,superheroines,Humiliation,storyline,story line,Mixed Wrestling,mixed fight,Submission,froced orgasm,super hero, super heroines,superheroines porn,superheroines adult movies,batwoman