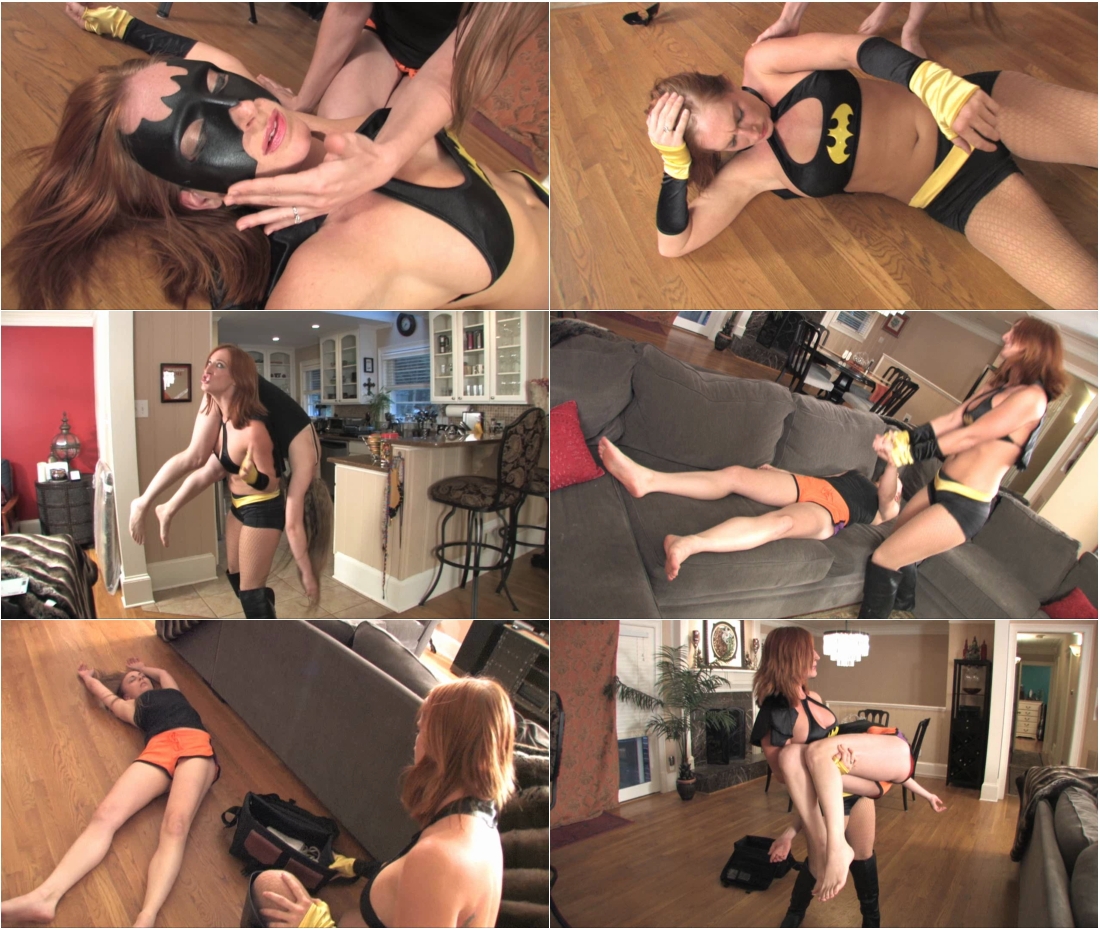 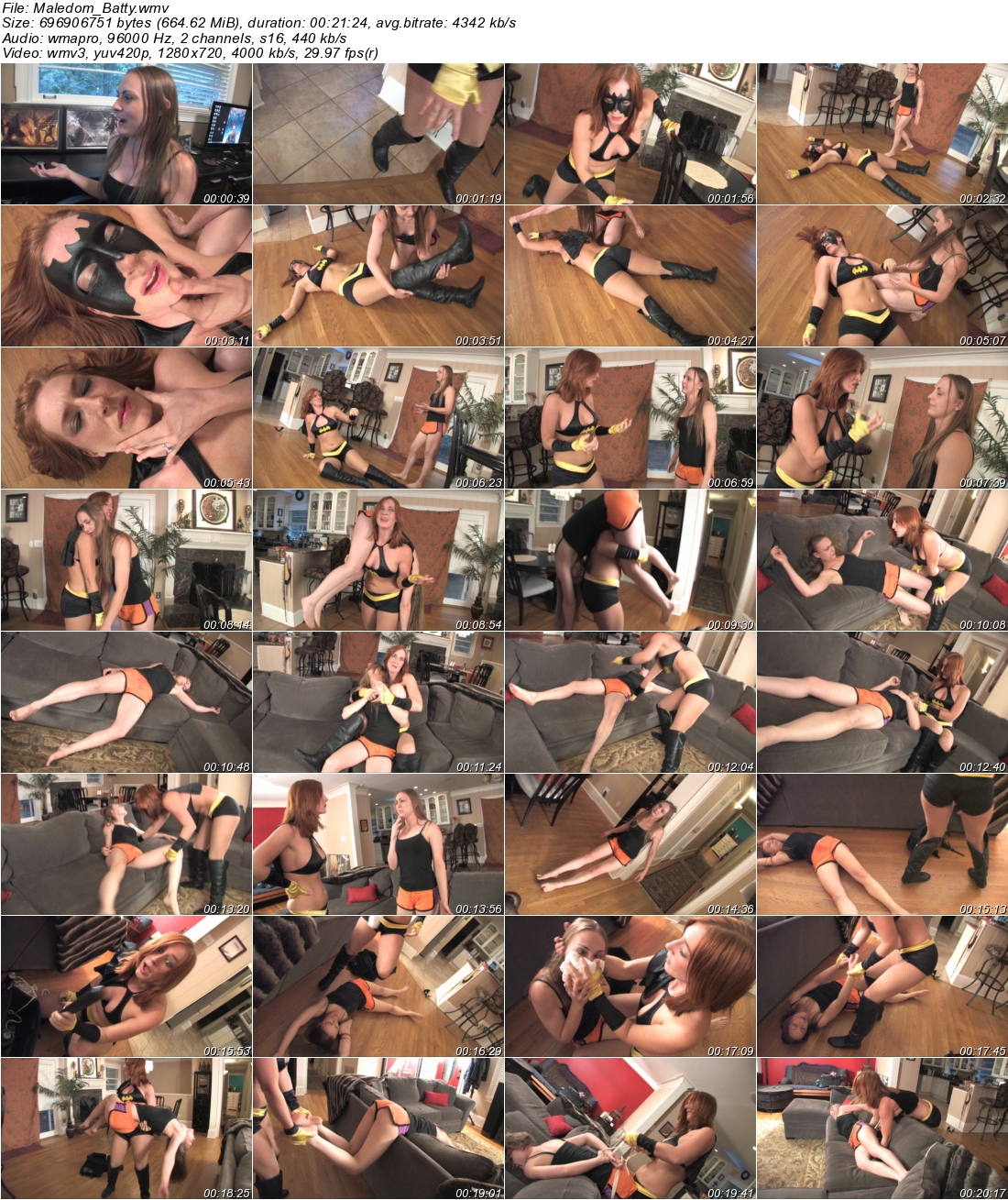 Anne-Marie plays an obsessed Batgirl fan who delightfully discovers the caped crusader recently set up her own personal website/help hotline! She grins as she posts a fake distress call, and waits. Soon enough, Batgirl (played by pro wrestler Jessie Belle) shows up and scours the house for the supposed damsel in distress. Suddenly, the room fills with a sleeping gas that knocks the redhead out. When the air clears, Anne-Marie walks in and removes Batgirl’s mask, ogling the beautiful super heroine. She awakens her victim and regales her with tales of her obsession with becoming Batgirl’s side-kick, over-complimenting the heroine to the point that she starts to get a little creeped out and decides to silence her fan with a brutal karate chop to the neck! She carries the limp blonde over her shoulder and decides to have a little fun. She wakes Anne-Marie up and puts her through a series of rigorous tests to see if she’s up to the task of being her side-kick. These all end in sudden and slightly comical KOs for the overwhelmed blonde.

The fun ends, however, when she finds Anne-Marie’s secret KO bag, jam-packed with toys and chemicals meant for Batgirl. Angered, she decides to use some chloroform on her “fan” to keep her out for the night, leaving her tied up and face down on the couch as she escapes, making her way back to Gotham to fight some REAL crime!