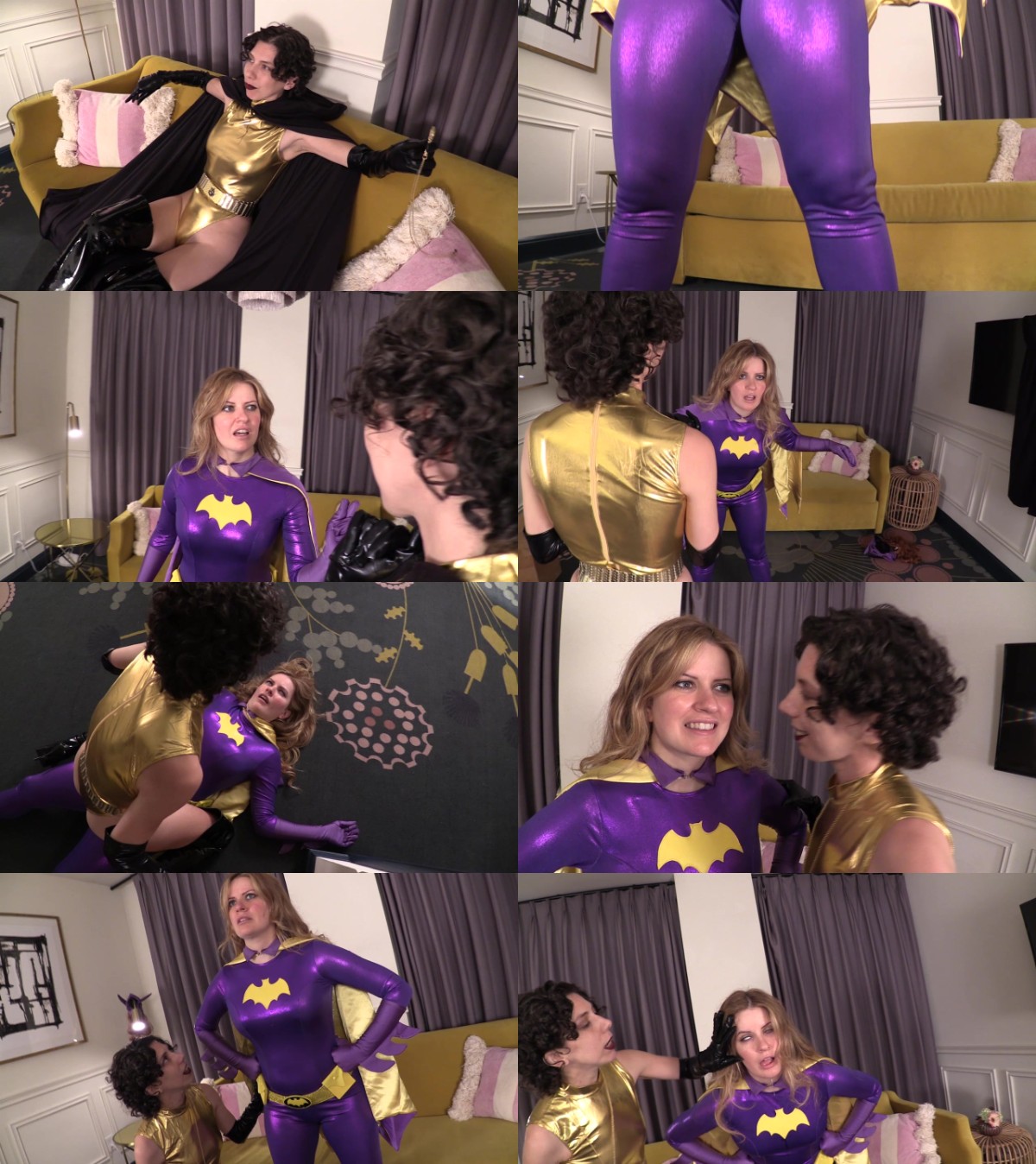 Goldrush has spent years trying to climb off of the “b-list” of Gotham’s villains. It isn’t that her plans haven’t been sufficiently devious or inspired that has kept her from ascending the ranks, though. It’s all been because of that meddlesome flying rat, Batgirl. Well tonight, things change.

Goldrush has discovered a curious antiquity, a relic straight out of Ra’s al Ghul’s collection. According to the ancient scrolls, this tiny Looking Glass will give her more than enough edge to defeat Batgirl once and for all. Now, all she has to do is wait for the bat-clad busybody to slip into the waiting jaws of her trap.

Eager to overestimate her foes, Batgirl is no match for the wily machinations Goldrush has set in motion. She arrives at Goldrush’s apartment exactly according to plan, and finds her new nemesis waiting. With hands on hips, Batgirl prepares to take this ne’er-do-well in.

But when Goldrush activates the Looking Glass, Batgirl finds herself quite at a loss for words. And expressions. And motion. The Gotham Gazette has called her “statuesque” before, but this certainly isn’t what they had in mind! She’s completely frozen in time, unable to react to any nefarious idea that may spring to Goldrush’s shiny mind.

Goldrush has everything she needs to petition for membership in one of the larger villain crews…maybe even the Legion of Doom itself! But first, it’s only fitting that she take out some of her frustrations on her newfound life-size Batgirl doll. With Batgirl this helpless and alluring, though…maybe Goldrush won’t turn her over to the Legion after all…maybe she’ll just add her to the collection.