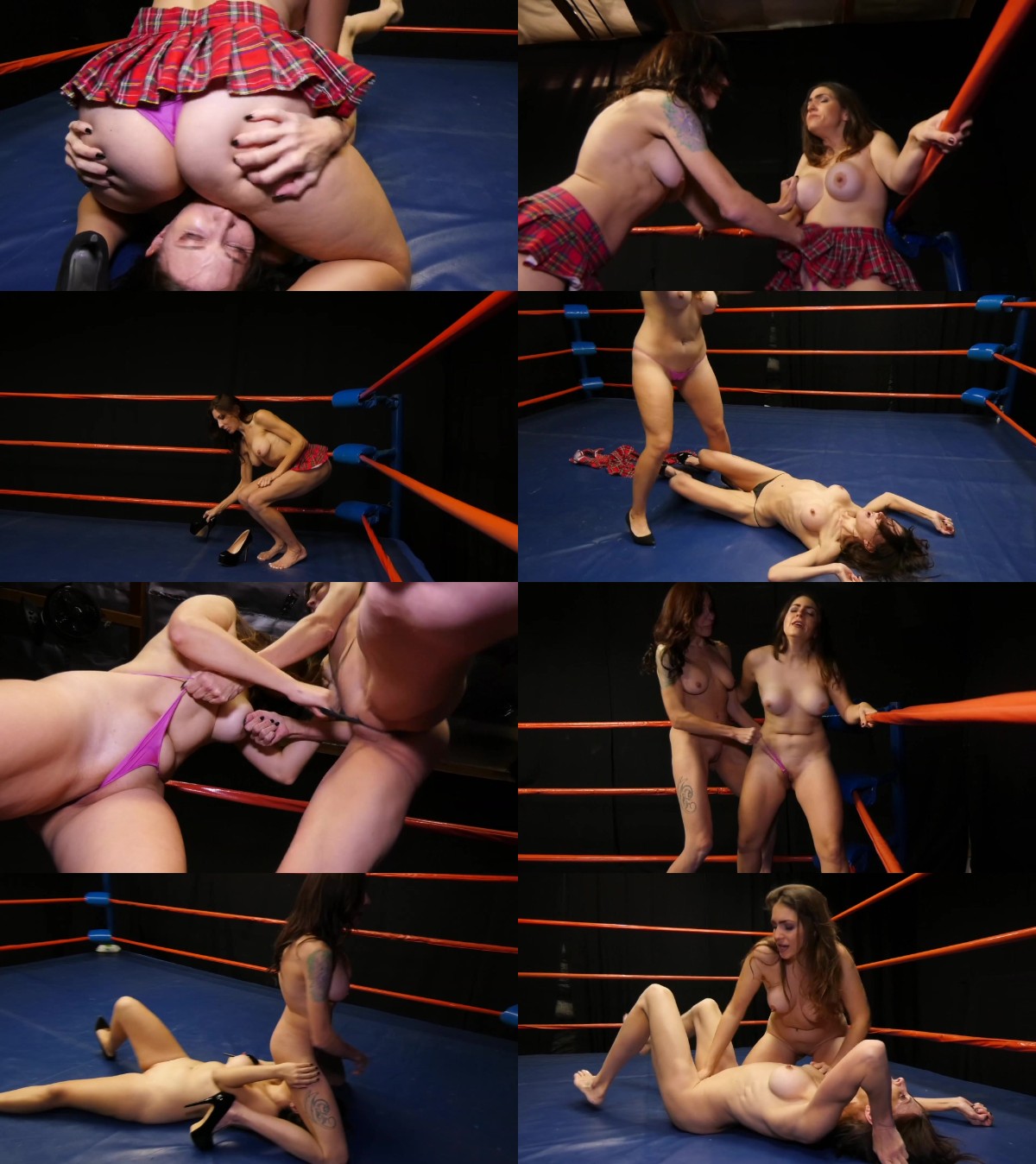 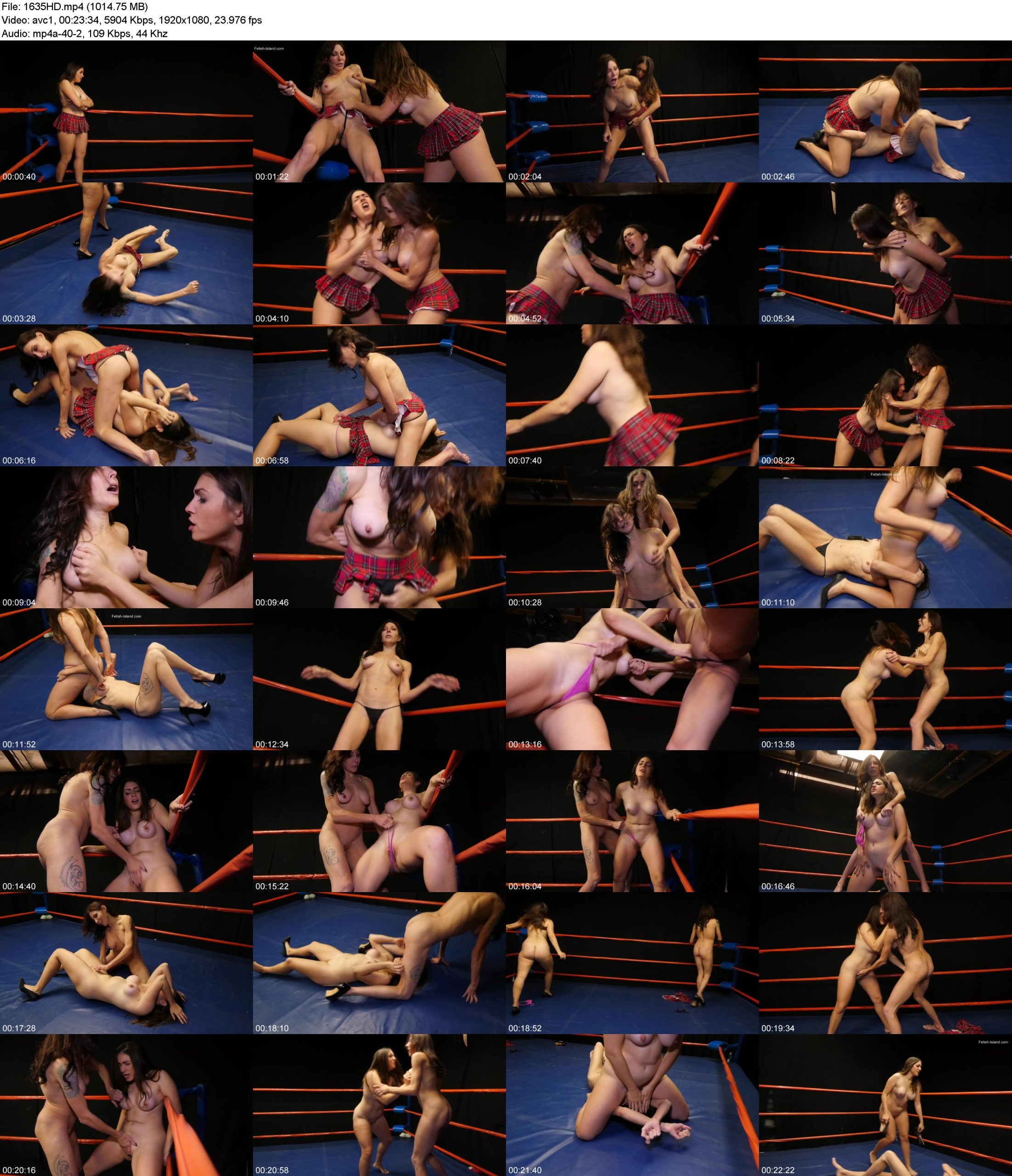 Valentina Belucci vs. Agatha Delicious
Agatha and Valentina are two of DT’s nastiest brunettes. The match begins with both women wearing high heels, black thongs, and plaid skirts that are so short that their entire ass hangs out from underneath. With their tits already out, Agatha and Valentina barely let a second go by before they run at each other and start mauling one another’s crotches. Valentina forces Agatha onto her back and then face sits her yelping victim. Valentina has a full, meaty ass that she bounces up and down on poor Agatha as she fights for air, all the while Valentina tells Agatha to “submit” in her thick eastern European accent. Agatha gives in and taps, but this is only the first fall of a “best of five.” When the bell rings a second time, the girls are flipping each other off and Agatha rushes Valentina with furious vigor. Agatha gets a quick submission on a surprised Valentina, but with the match even with a score of one to one, the gloves really come off. Agatha and Valentina remove what little clothes they were wearing and start fighting really dirty. The pinching, and scratching, and stomping is relentless. If you are in the mood for some naughty brunettes to get naked and hurt each other, then this might be the video for you.
tags:lezdom fetish,lesbian domination porn,catfight,submission,humiliation,overpowered,facesitting