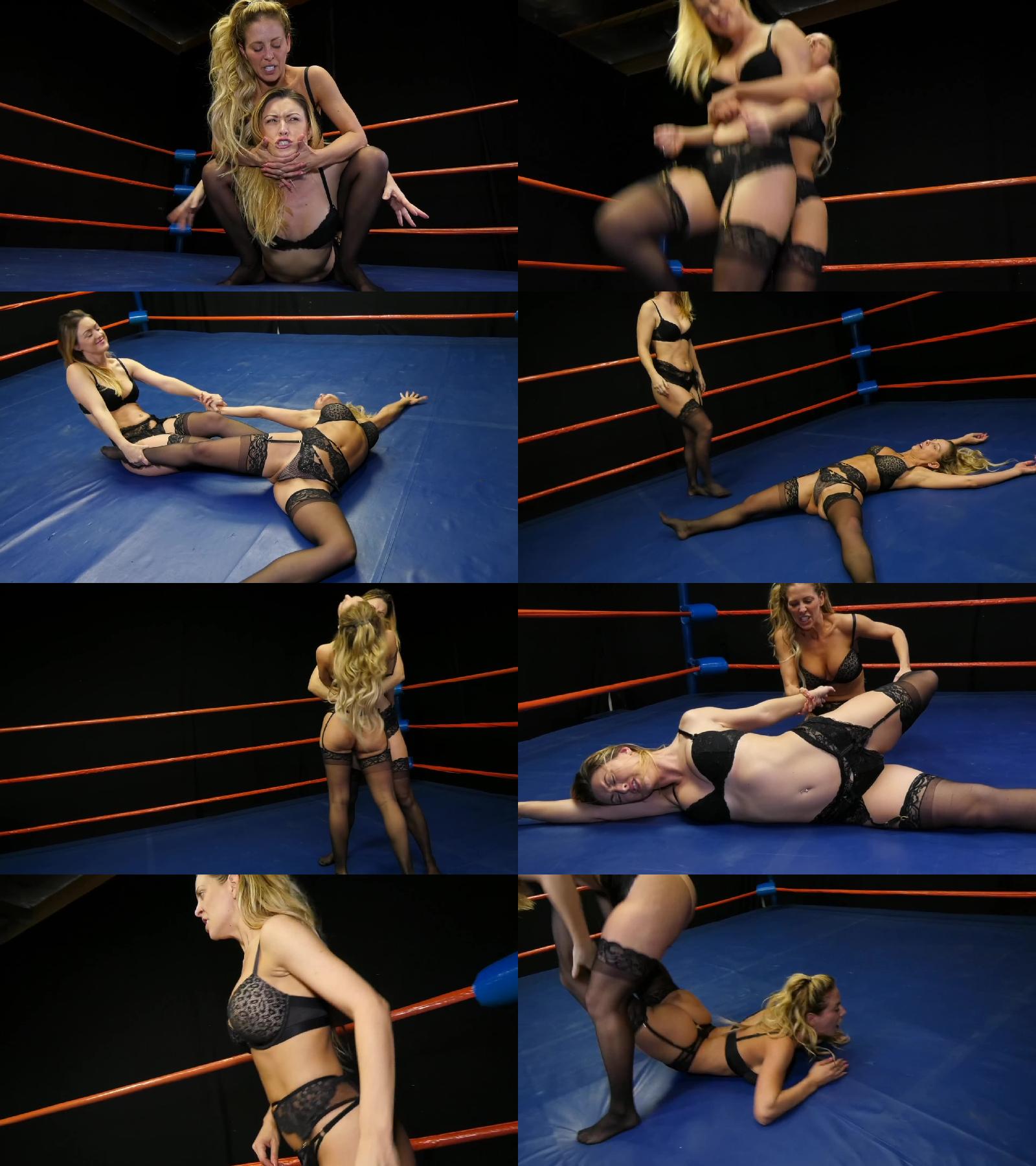 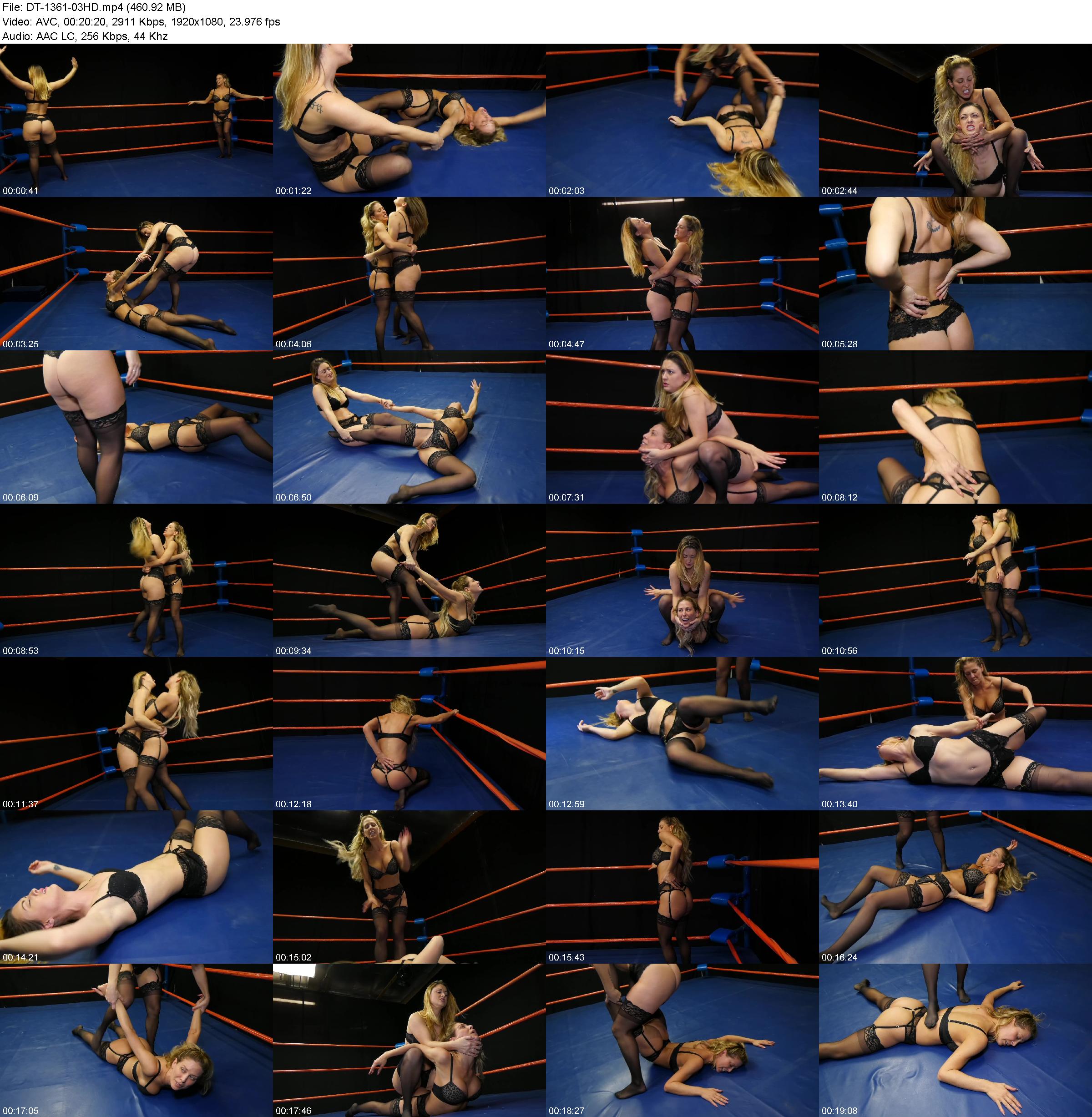 Cherie Deville and Karlie Montana are wearing their sexiest black lingerie for today’s fight. They have black bras, panties, and thigh high stockings on. Their tiny thong underwear hides in between their plump ass cheeks. Each girl takes a spin for the camera before heading to the center of the ring. Karlie knocks Cherie to the mat and repeatedly kicks her in the lower back. This makes Cherie’s ass jiggle as she grunts from each kick. Karlie lets her whimpering foe up, which proves to be a mistake. Cherie bear hugs Karlie from the front, back, and even picks her up. Karlie’s lower half wiggles in the air until Cherie drops her hard to the ring. Cherie picks up Karlie’s legs and applies a Boston crab that frames the buttocks of both fighters perfectly. Cherie and Karlie attack one another’s lower backs so much that they take a break half way through the fight to stretch out their backs in their corner. This is yet another moment for some extreme voyeuristic butt worshiping. Cherie and Karlie have the bodies and the fighting spirit to make this an instant classic. You are surely going to love every moment of this asstastic catfight.
tags:superheroine,superheroines,lesbian domination,lezdom,story line ,storyline,forced orgasm,submission,humiliation,super hero, super heroines ,superheroines porn,superheroine porn , superheroines adult movies,superheroines fetish,magic power,magic control,fantasy,lesbian sex,lesbian porn,lesbian bondage,,lesbian strapon,spanking,lesbian bondage,slave,slavery,mistress,enslavment ,catfight,cat fight,,female fighting,ring wrestling,female wrestling,Scissors,catfighting,cat fighting,catfight fetish,catfight porn ,facesitting,mind fuck,mind control,hypnosis