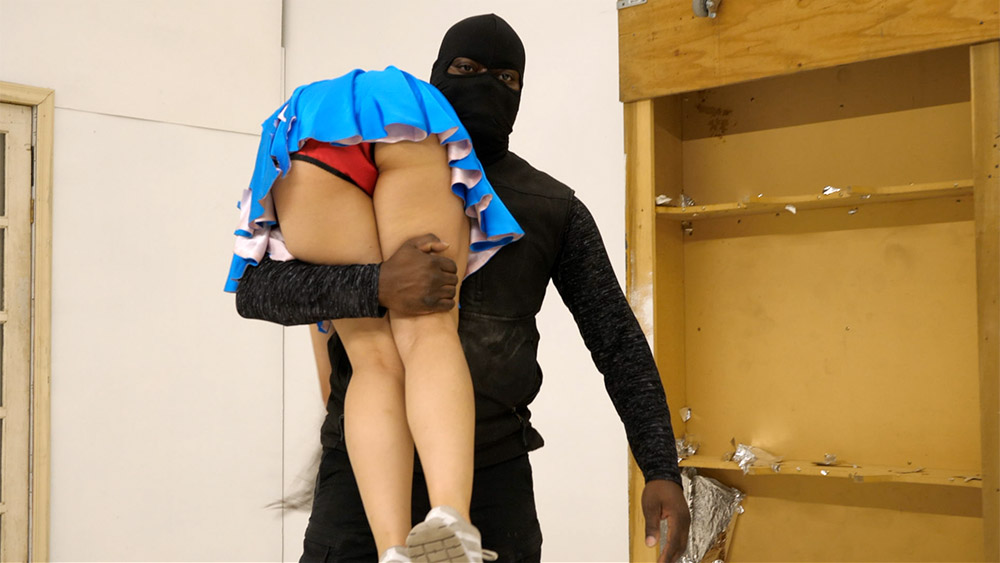 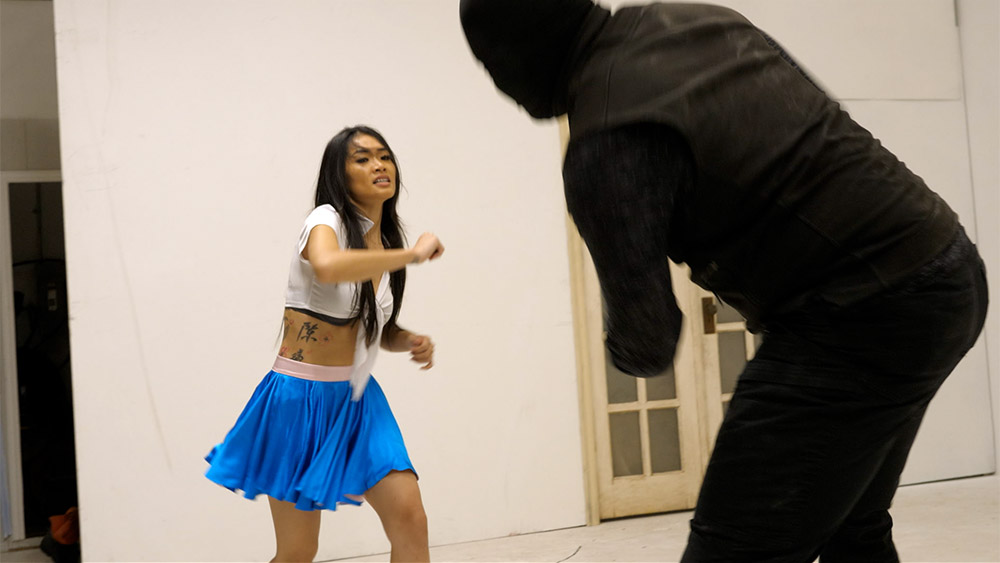 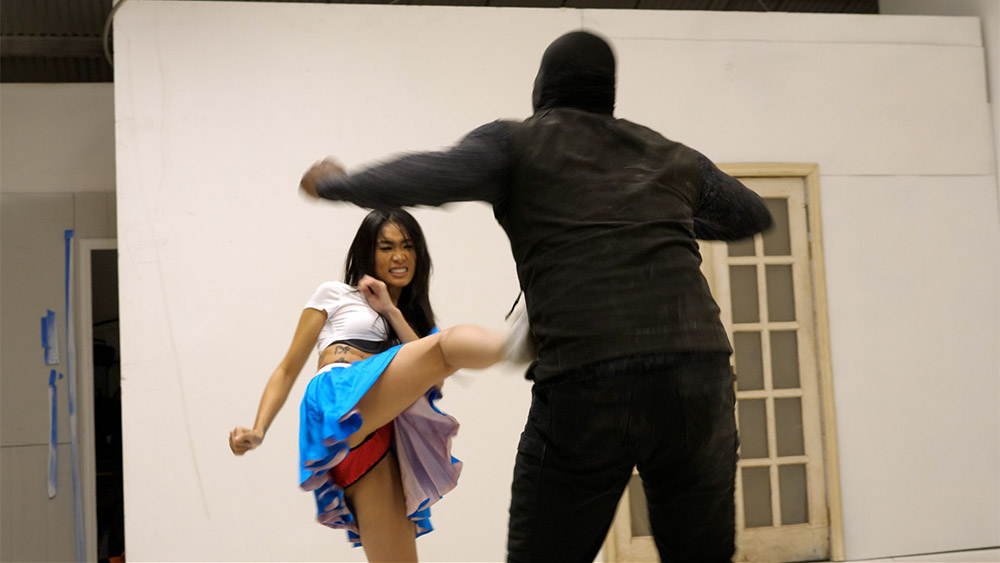 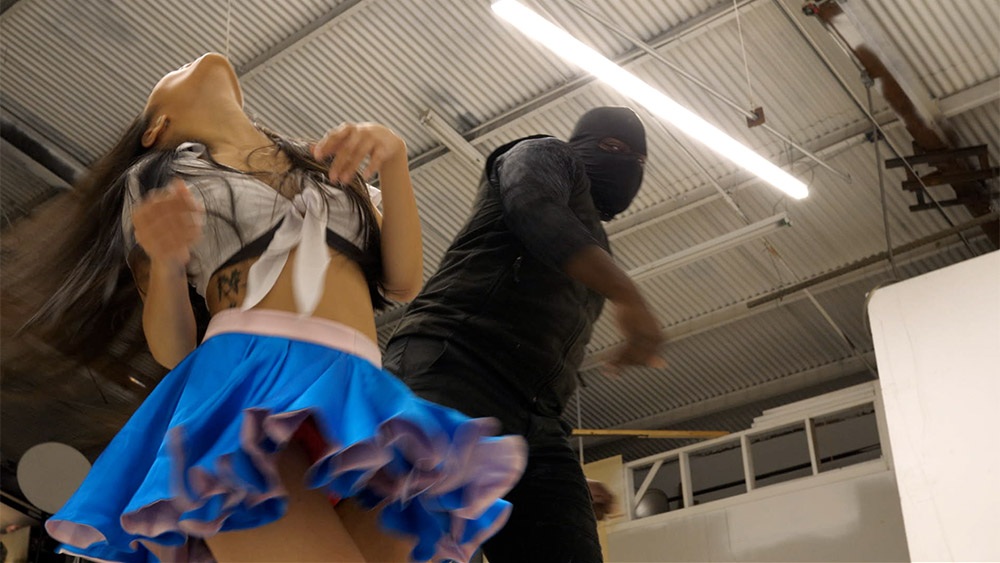 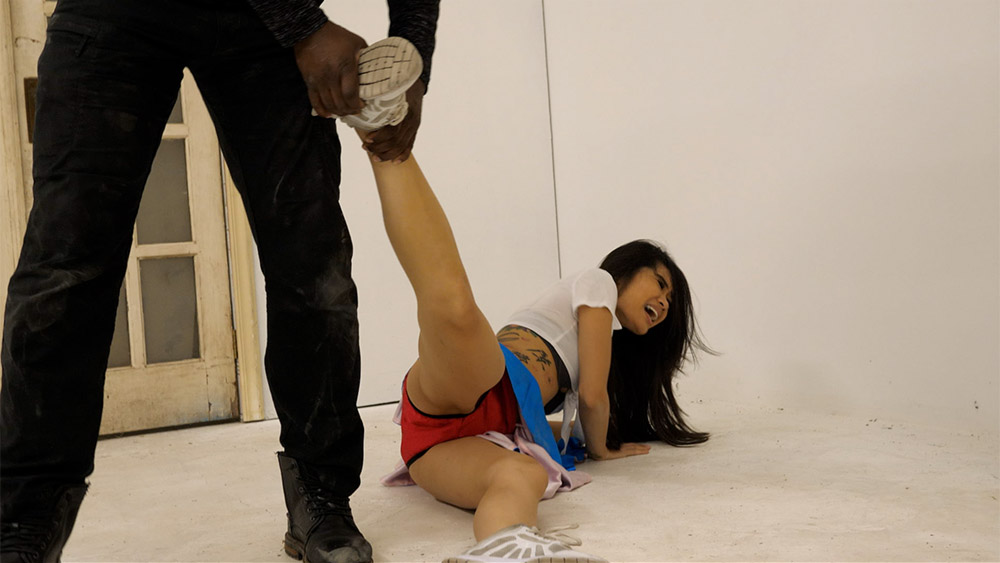 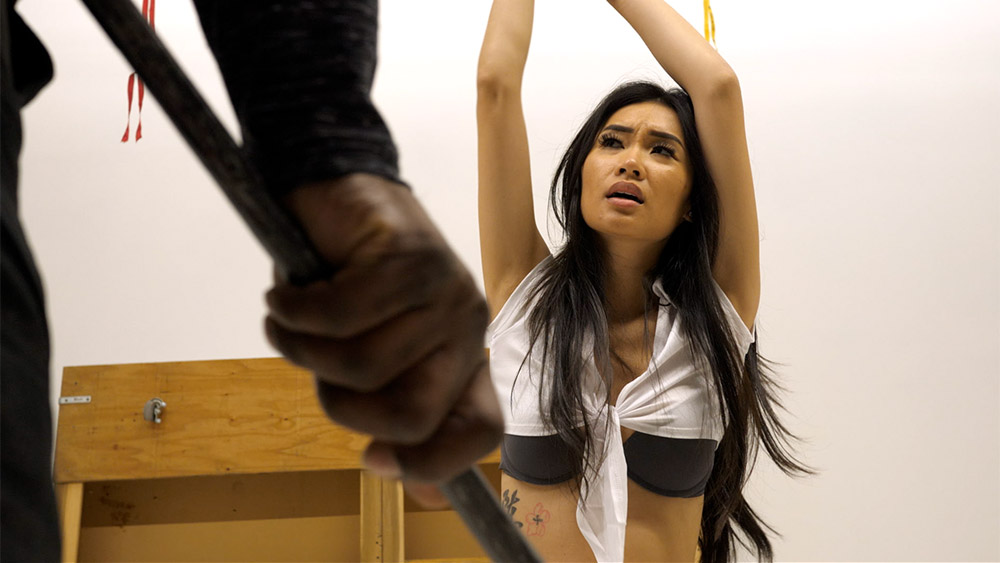 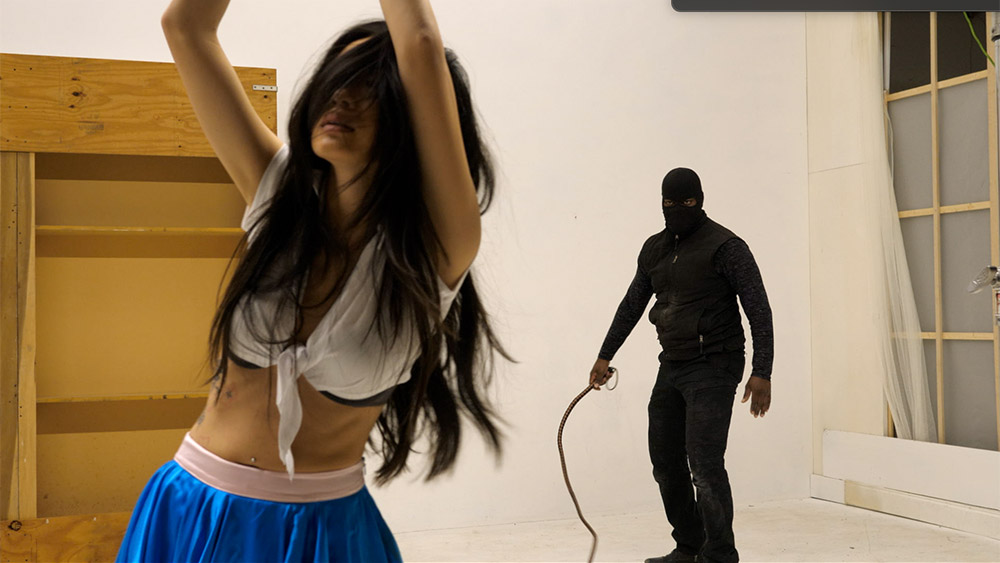 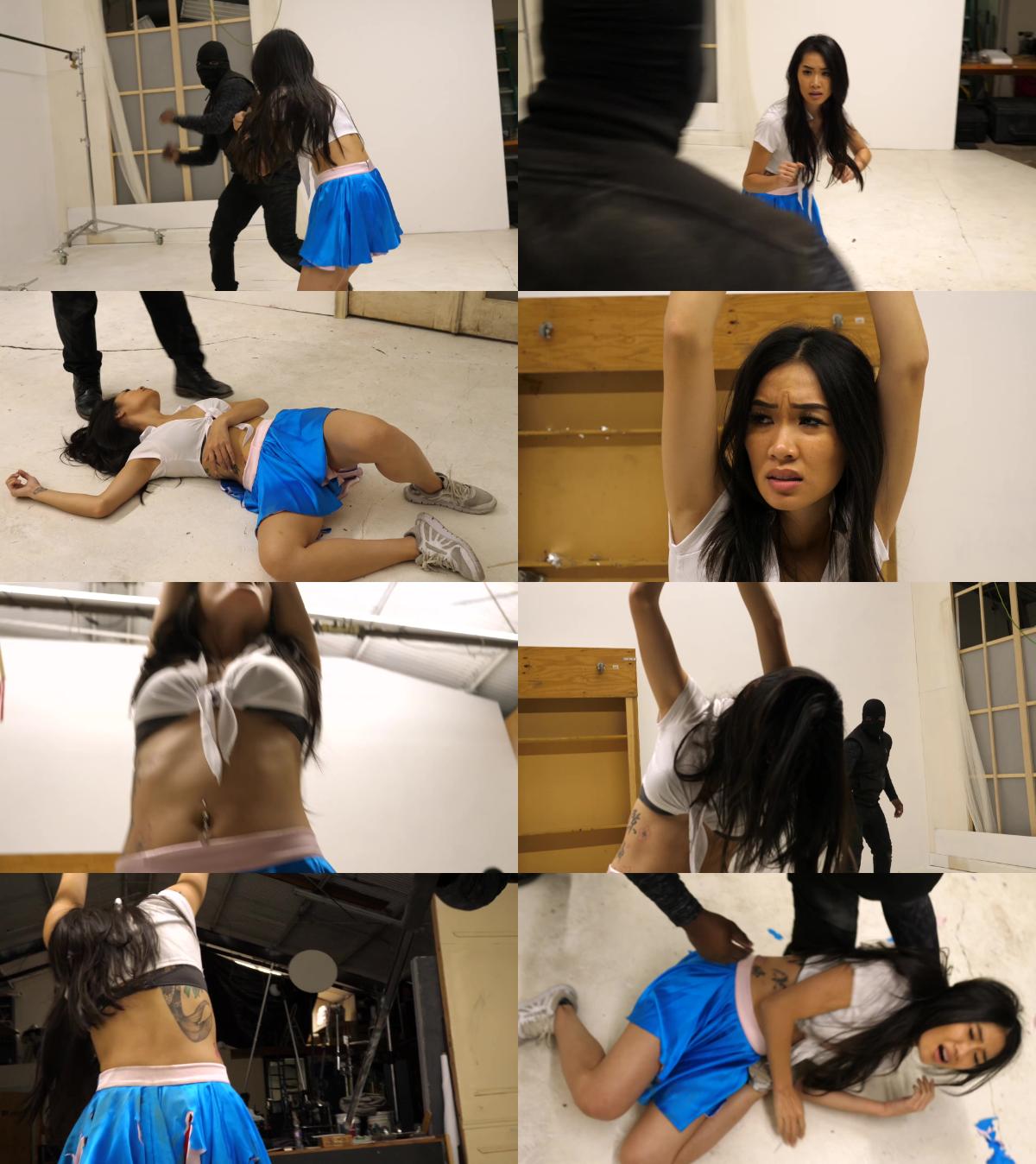 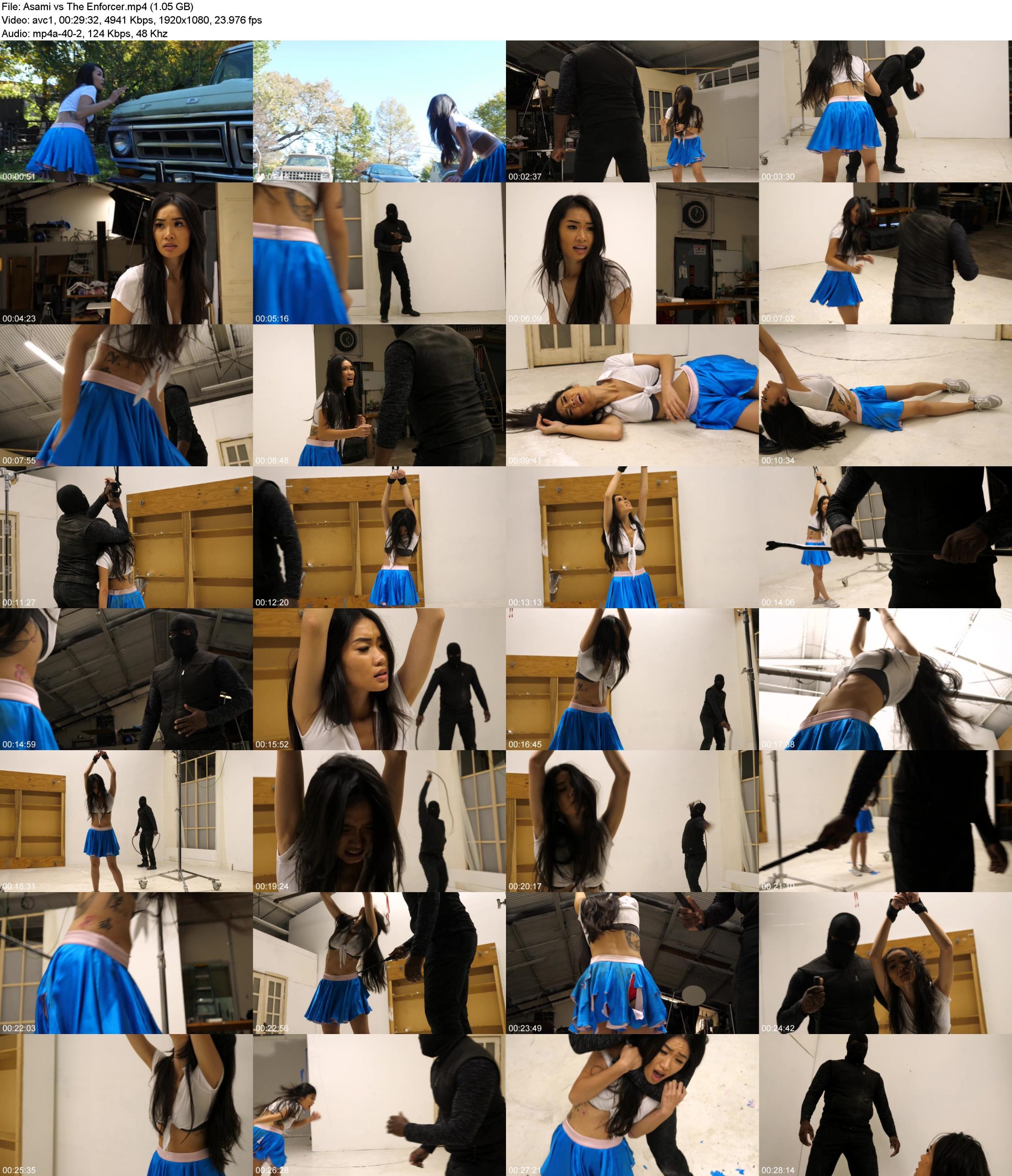 Spoilers ahead) Asami is being pursued by an unknown assailant who appears to be hot on her trail. When she finally encounters him, he reveals that he has been hired to take Asami down. Lots of back and forth fighting ensues, with the Enforcer eventually displaying his true strength and beating Asami down.

Asami awakens bound AOH. Still unwilling to surrender the information the Enforcer seeks, she attempts to fight her way out of bondage. The Enforcer whips Asami, then subjects her to electro torture. Asami reveals the secret information, and the Enforcer delivers a KO punch while Asami is bound.

After being untied, Asami makes one last attempt to defeat her opponent, but the Enforcer uses her blue skirt against her, grabbing it to fling her around and then to pull her closer to him for a final near-chokeout. Dragging her across the floor and then promising to let her go, the Enforcer instead breaks Asami’s neck, ending her crime-fighting career permanently (bad end). He then carries her away over his shoulder.