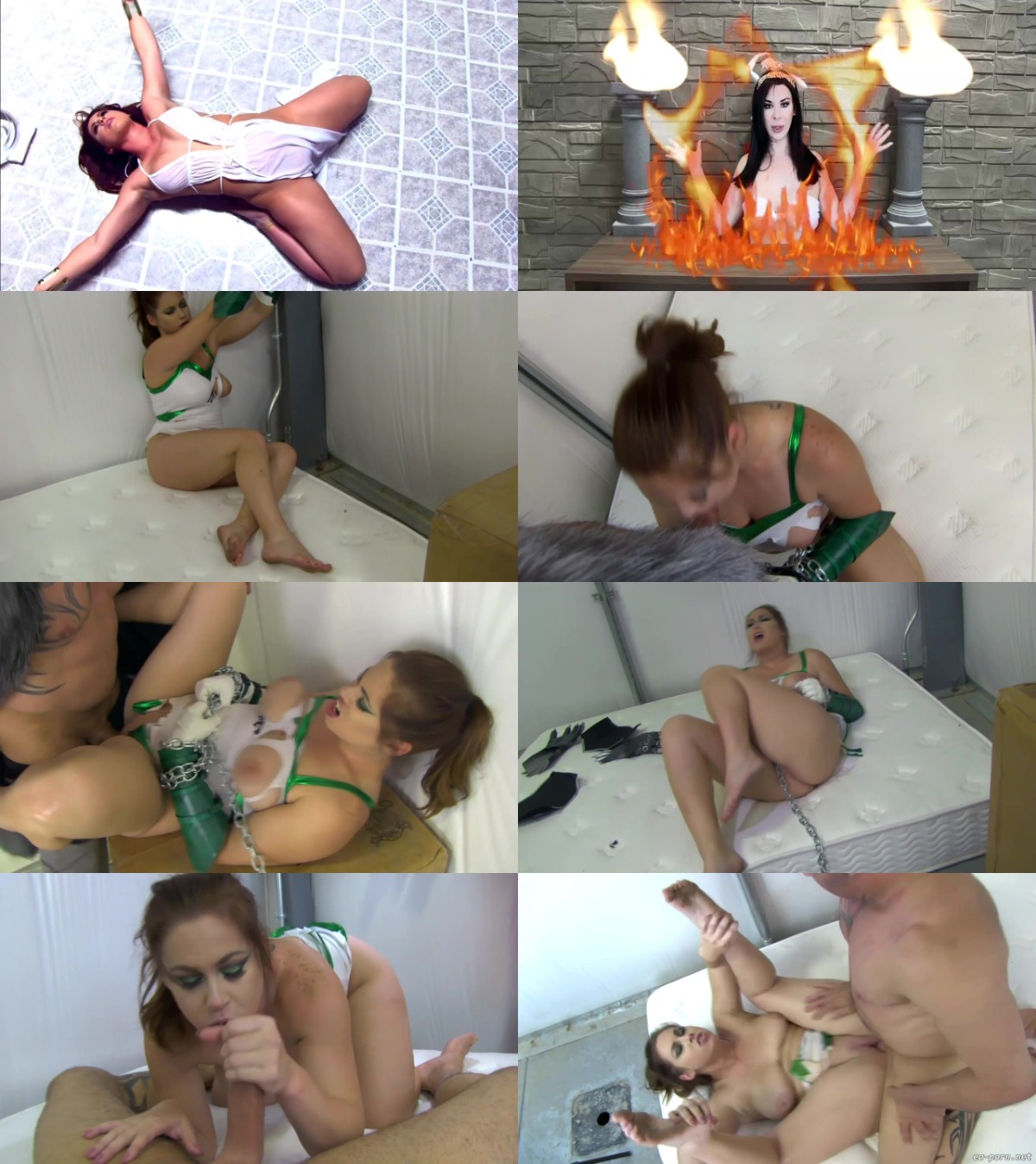 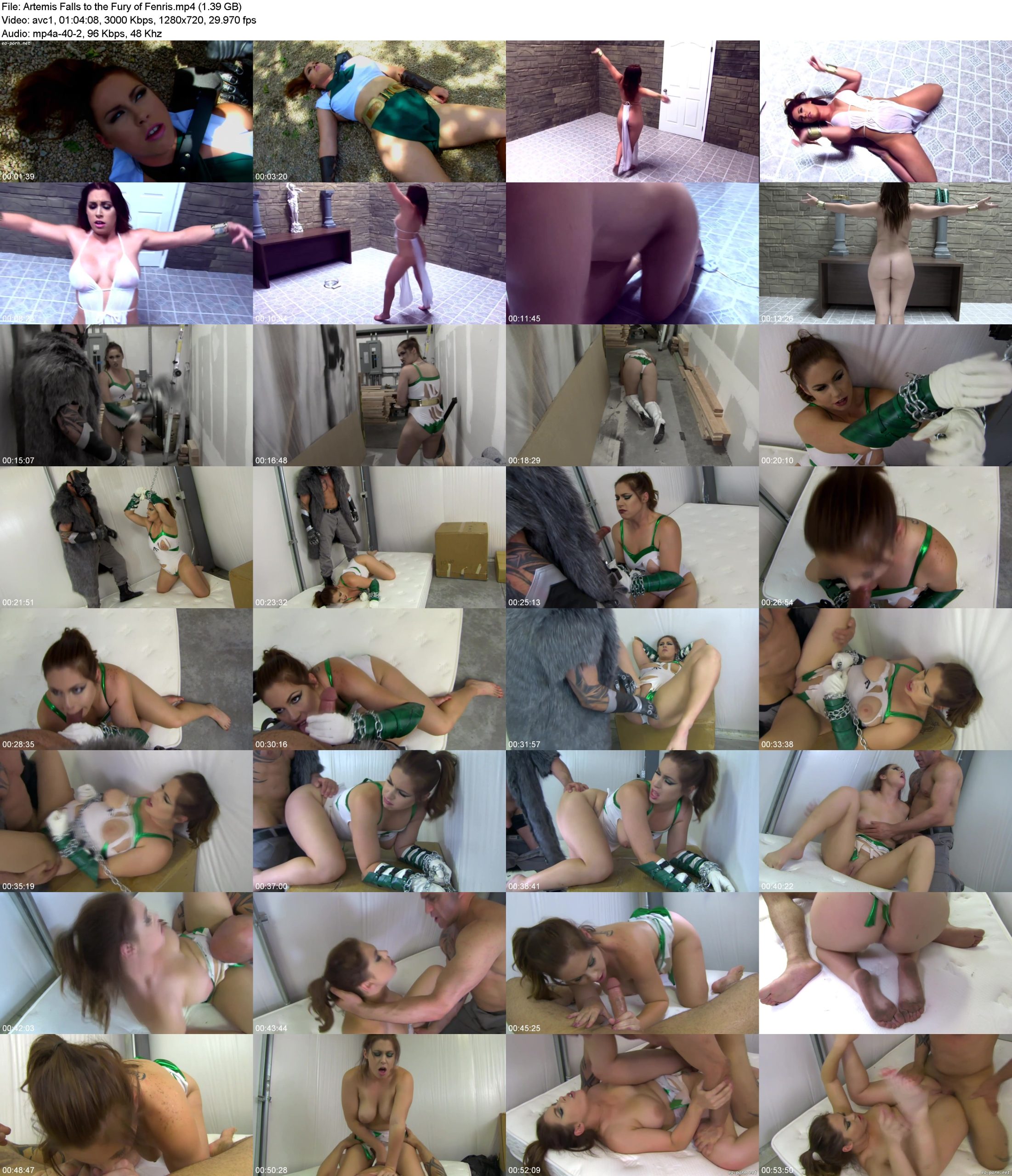 The Supervillian-for-hire Iron Wolf has made hiw way to the forbidden island of Bana-Mighdall to steal the legendary pelt of Fenris. The mighty Amazon warrior Artemis confronts him and Iron Wolf is able to trick her with an illusion that she is surrounded. Now Artemis is paralyzed and helpless whil Iron Wolf runs his claw covered gloves over her body and tells taunts her with threats of what he can do to her. Fortunately the villain has to make his escape before following through so he leaves the superheroine permantnetly paralyzed, or so he thinks…

Artemis goes to the temple of Isis to pray for vengeance agains the man that defeated and attempted to defile her. Artmis dances for the goddess until her body glistenes with sweat and then she performs a ritual bathing. Artemis is on her knees and begins to call out to Isis but Instead Sehkmet the firey goddess of vegeance answers and grants her the weapons she will need to defeat her enemy
Artemis is able to track Iron Wolf, who know wears the magical cloak and calls himself Fenris. He is more powerful now than Artemis could have imagined and after a mighty battle she is again defeated

The battered superheroine wakes to find heself in chains and laughs at the pathetic attempt to restrain her, huntil she realizes that her magical belt of strength is gone. Fenris enters and tells her it isn’t gone, it is just his now, but he left her her bracers of invulnerability, so she can survive what he wants to do to her. Artemis is defiant but Fenris explained that the magic of the cloak allows him to dominate the will of anyone he defeats and commands the Amazon to crawl to him and use her mouht for his pleasure

Artemis is disgusted and ashames but has no choice but to obey and she doesn’t stop until the villain unloads in her mouth
Fenris isn’t finished and tears open the crotch to her costume. Artemis struggles to resist his commands but cannot and is to take a hard merciless fucking. Fenris now fills her pussy and Artemis feels a strange sensation deep inside her. Pleasure to the point of pain fills her body and she collapses writhing on the dirty matress, lust filling her body.
Now Artemis is nothing more than a bitch in heat, desperate to give herself to her Alpha. She hungerly sucks Fenris’ cock and then begins to ride it with wild lust. They fuck animilistically in one position after another, orgasms over taking Artemis over and over until finally Fenris cums all over to mark his territory. Artemis submits to be his bitch forever
tags:superheroine porn,superheroines fetish,humiliation,superheroines adult movies,fantasy mixed fighting, cosplay, powerful women. aliens & monsters,slavery,forced sex slave girl