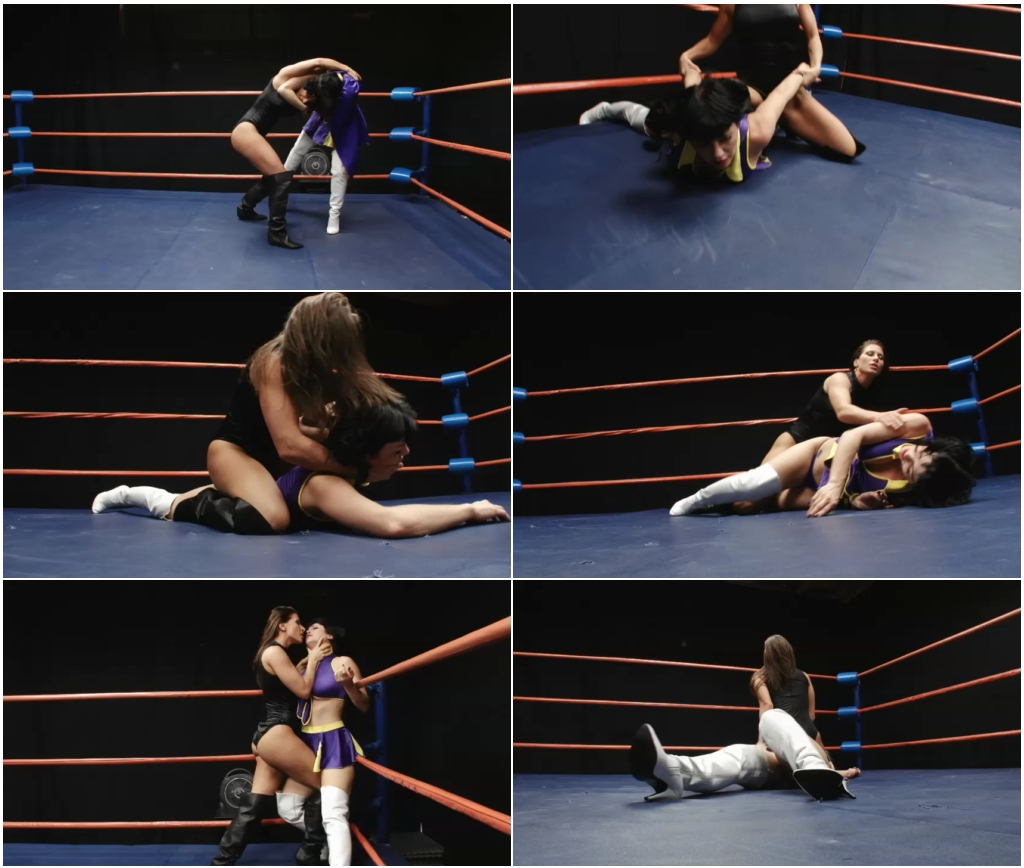 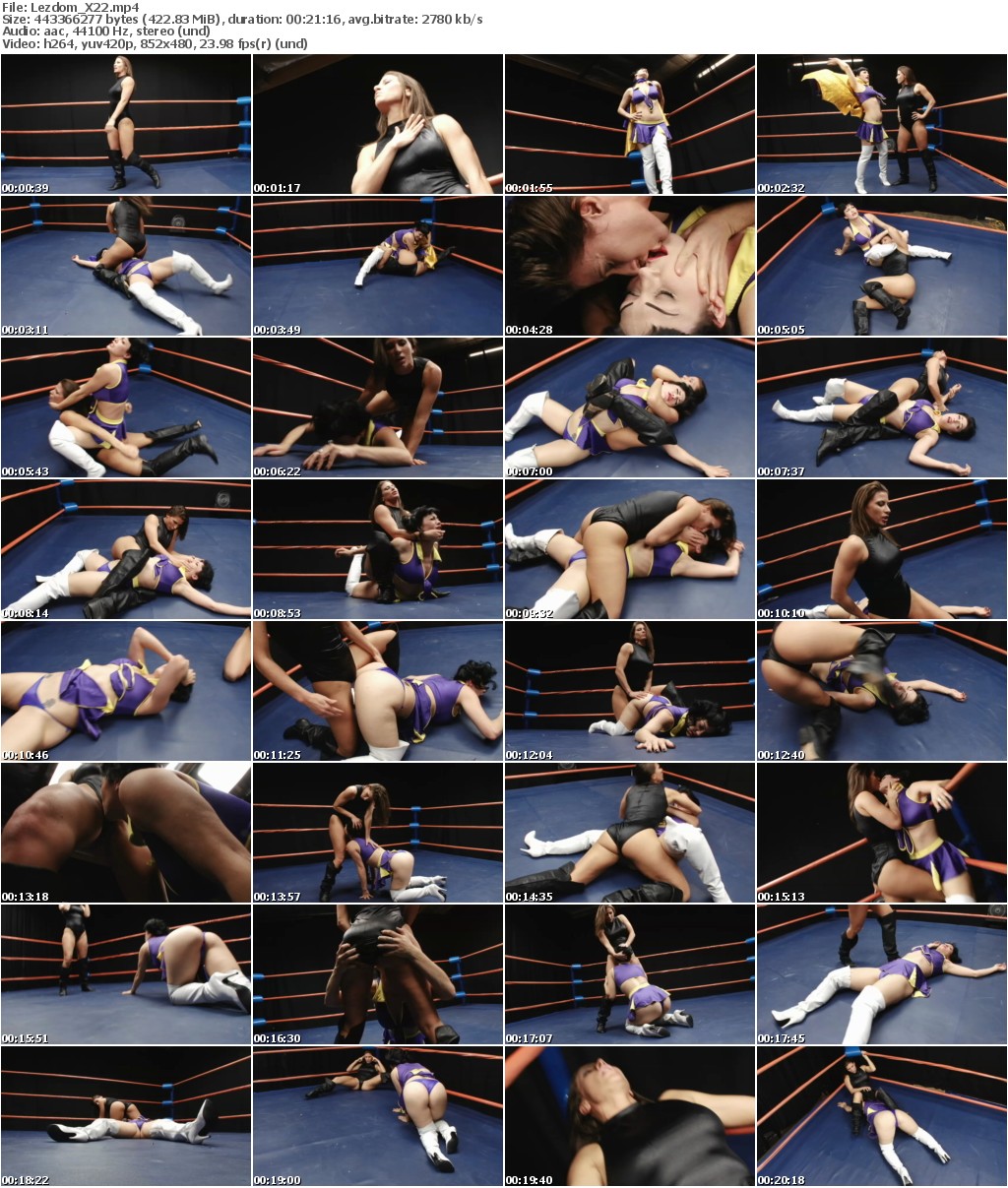 Ariel X continues in her "wrecking ball" mode as The Black Widow. This time the poor superheroine who’s on the receiving end is none other than Kymberly Jane as Purple Cheer. It seems once again the evil Black Widow is on the hunt for some fresh superheroine meat. Purple Cheer seems more than willing to try and put a stop to her decimation of the Justice League of Superheroines. A back and forth battle in the beginning, turns into a slaughter as Black Widow brings in her mind control to weaken the poor victim. Technical wrestling holds and sexual torture are the order of the day as a domination wrestling battle in the ring, turns into a sexual conquest. Black Widow forcibly shoves her foe’s face deep into her crotch, getting more and more pleasure as the match ensues. Grinding, rubbing, crotch grabbing, facesitting and forced pussy eating are all used to seal Black Widow’s victory. Be warned, the clothes don’t come off in this battle, but if you’re into over the costume, hot and sexy sexual torture, combined with expertly applied wrestling holds, this is the match for you.
tags:superheroine,superheroines,lesbian domination,lezdom,froced orgasm,super hero, super heroines, female wrestling,female fighting,catfight,forced kissing,humiliation,submission,pussy licking