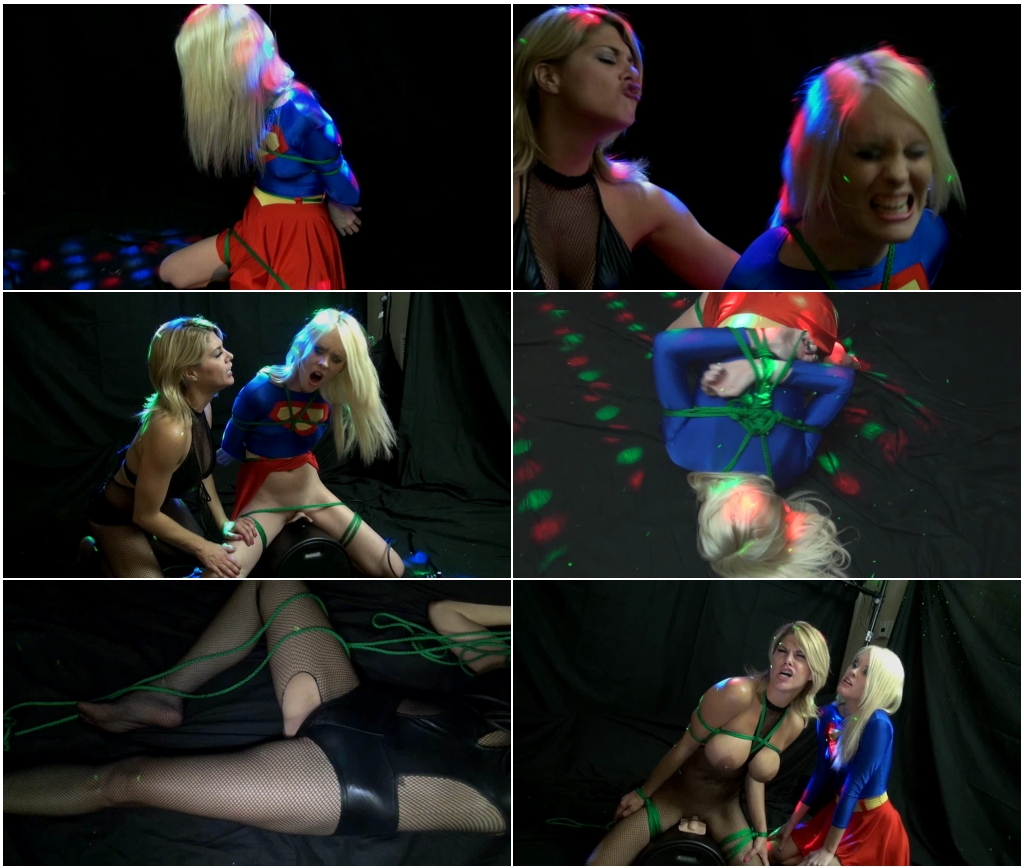 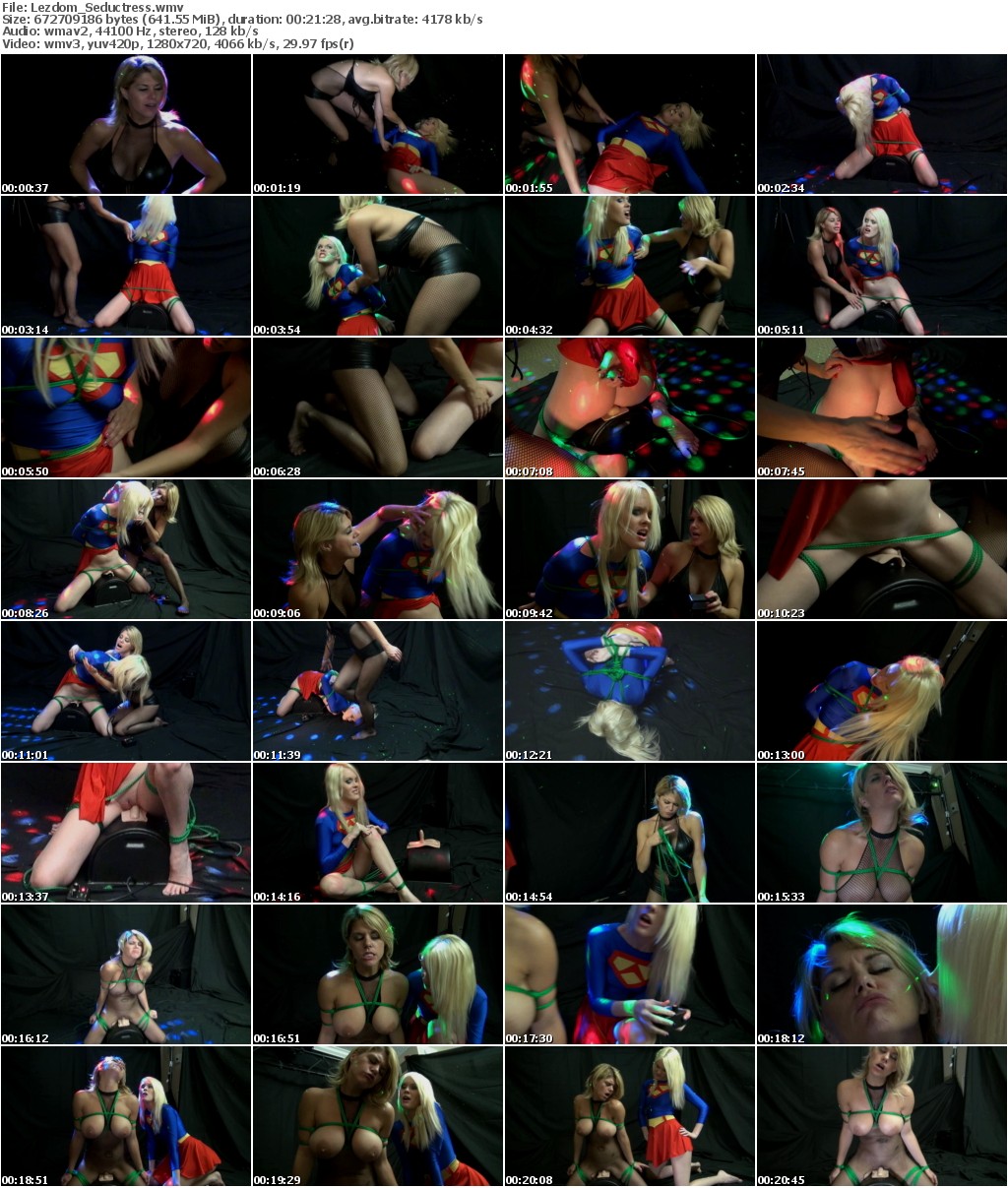 The Seductress has set a trap for Argon Girl. Armed with a KryptoRod, Seductress quickly renders Argon Girl helpless.

Later…The cheap KryptoRope fizzles out…and the awakened Argon Girl takes this opportunity to get herself untied and exact revenge upon The Seductress! She surprises her when the vile villaness comes back to check on her prey. Argon punches The Seductress’s lights out and vows to turn the tables on the sleeping and vulnerable villainess.

Seductress awakes to the same fate as Argon Girl…strictly tied to the Sybian, now in just her fishnet bodystocking. She struggles with her bindings as Argon enters to taunt the poor Seductress. Argon cranks up the Sybian, slowly teasing The Seductress with quick bursts…until she finally turns it up to maximum power. Argon spanks Seductress in an effort to exact the same punishment she dished out on her. Seductress valiantly tries to remain composed…but is soon overcome by a mind blowing orgasm!

Argon Girl leaves the villianess gasping and left strapped to the still buzzing Sybian and tells her the authorities will be along shortly to find her in this most humiliating of positions.