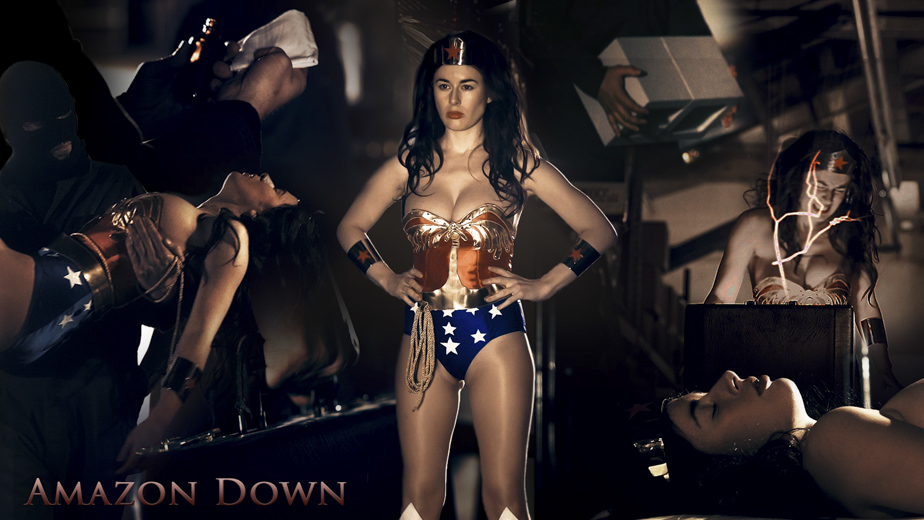 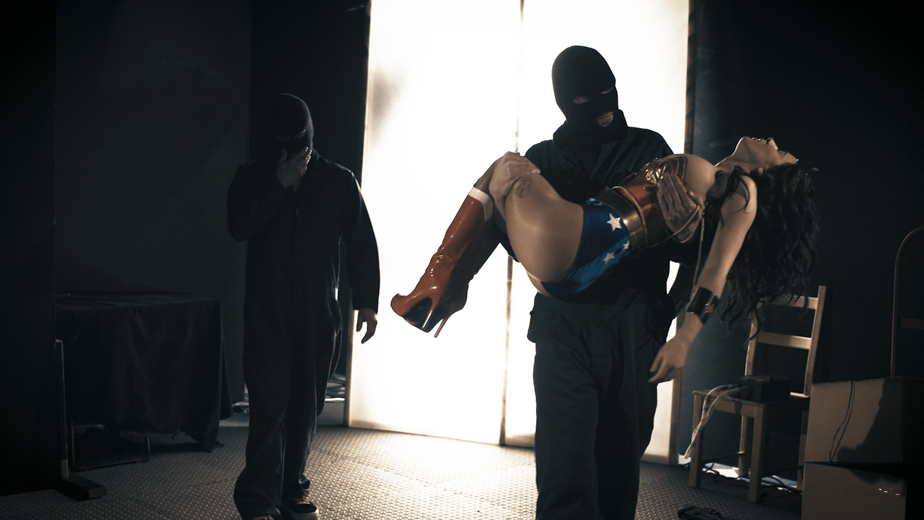 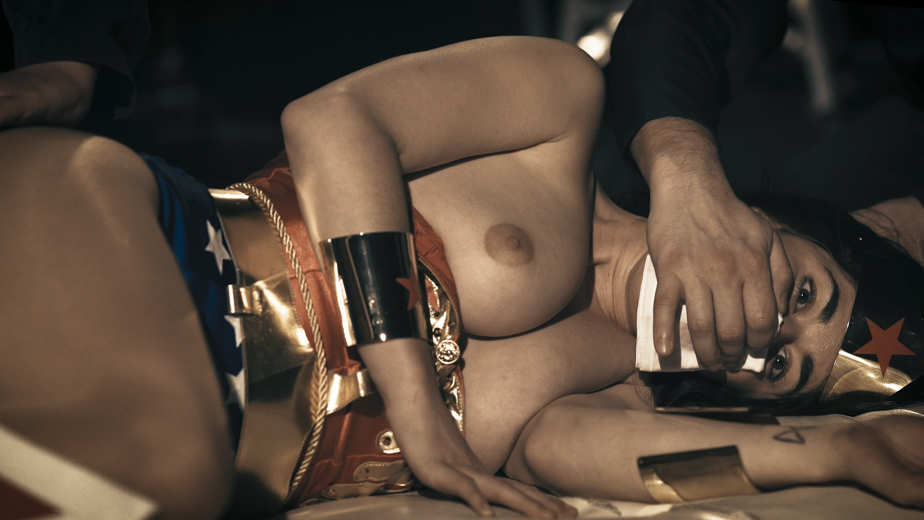 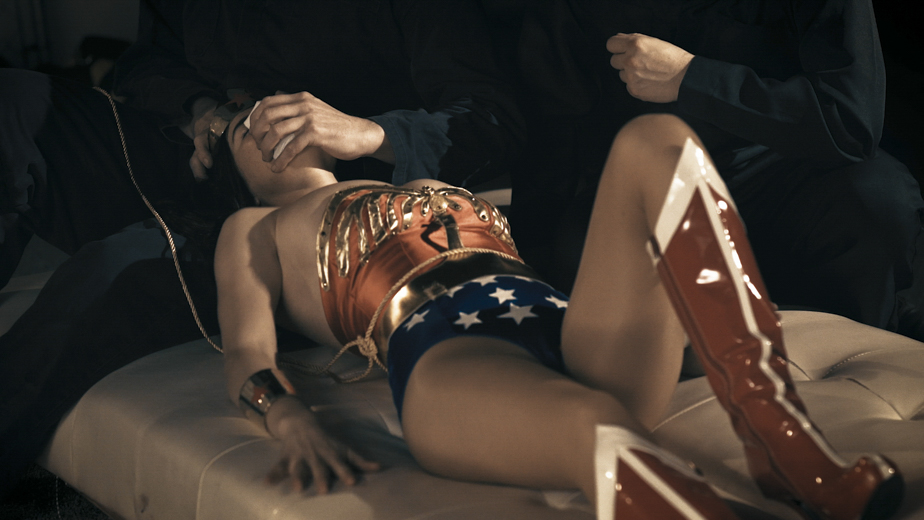 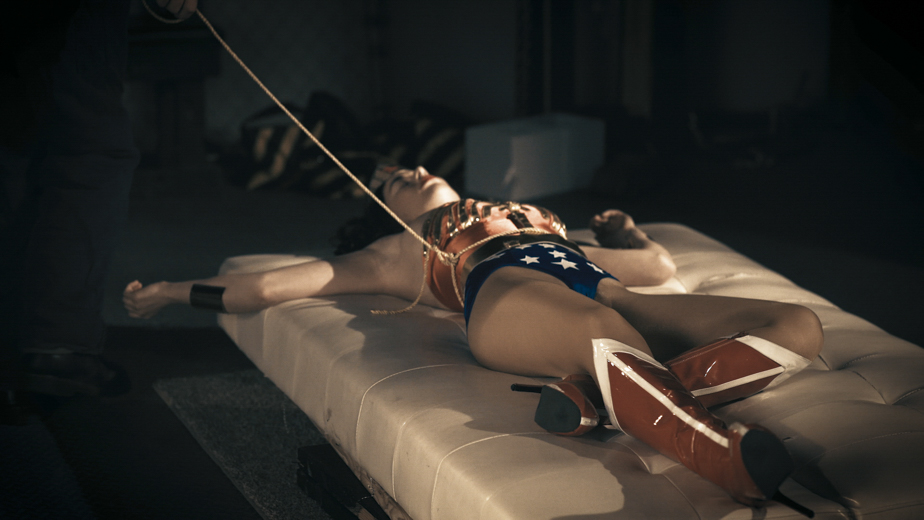 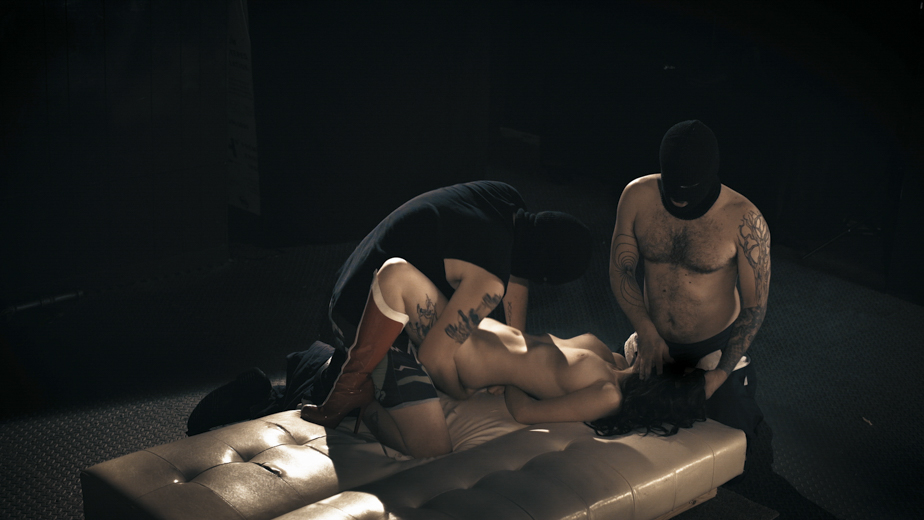 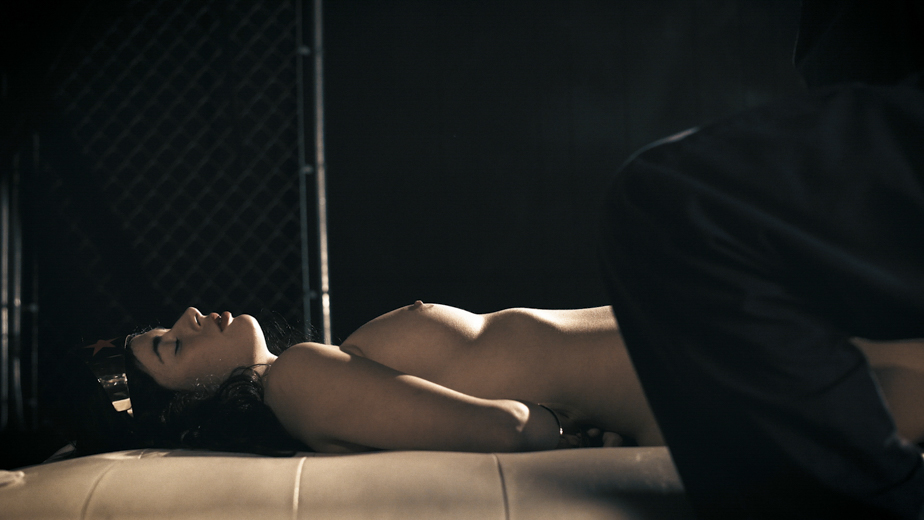 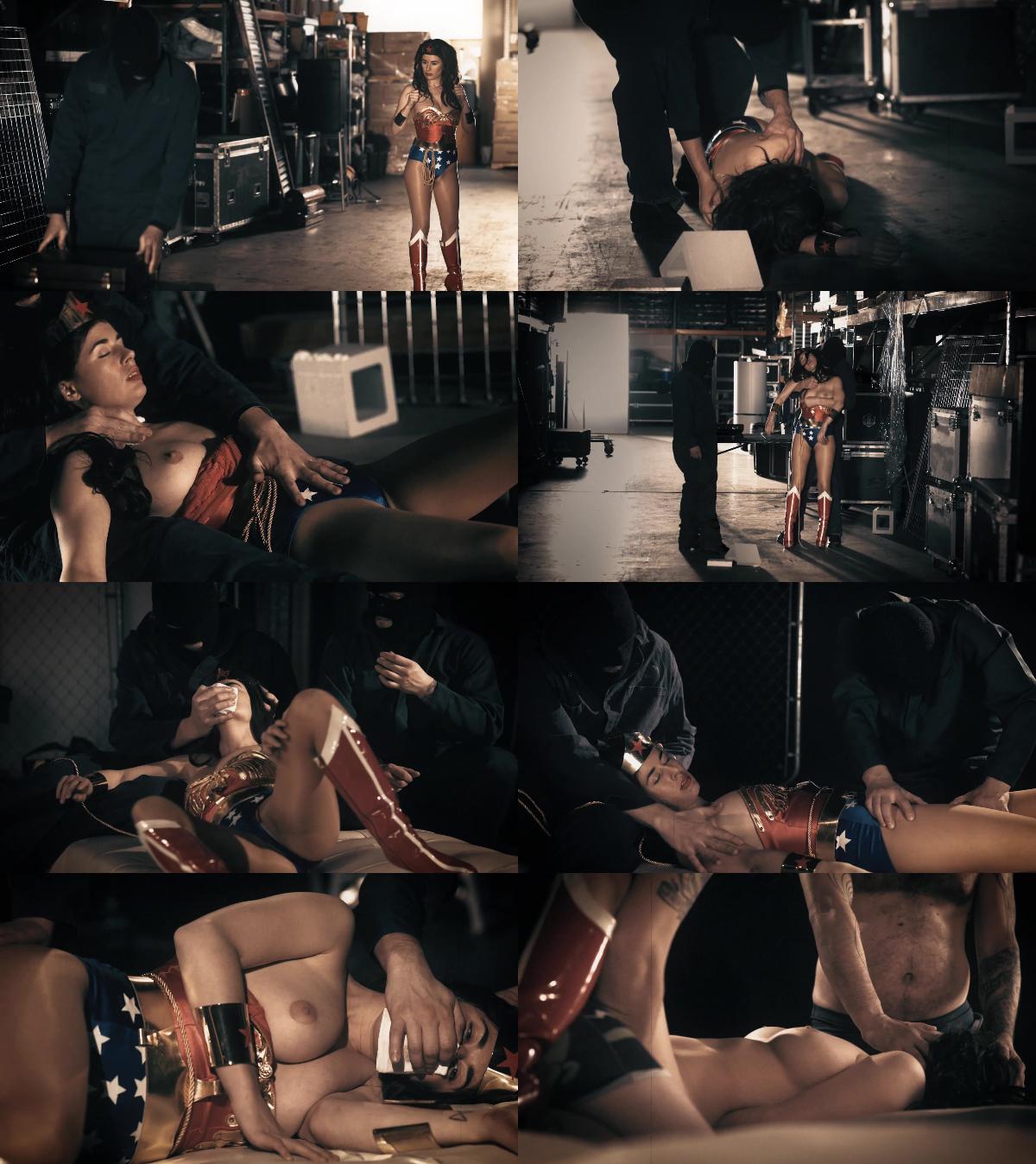 Synopsis: WW responds to a distress call only to find 2 men waiting for her. She recognizes they’ve lured her to this location, but she doesn’t care. There’s nothing they could possibly do to hurt her. One of the men has a briefcase. The other attacks and is quickly put down. She instructs the man with the briefcase to set it down and walk away. The man seems calm and does as instructed and as she nears the briefcase, he doesn’t flinch. She senses no danger and opens the lid. She should have been more cautious. Following a jolt of extremely high voltage, WW never regains the edge. She tries but between a quick but solid beatdown and way too much Chloro, it’s everything she can do to stay conscious. Maybe she’d be better off passing out as it turns out the chloro is mixed with an aphrodisiac. Not only is she losing to two thugs, but she can’t stop herself from feeling extremely… aroused. How humiliating.
Contains: 1 on 1 male/female combat, face punches, kick, hair pulling, concrete cinder block broken over head, tons of chloro, heroine tied in her lasso, depowering from loss of belt, costume removal, brief shot of hose being removed, groping, full nudity, fingering under the costume, sim forced fucking, sim forced climax
Tags:superheroine porn,superheroines fetish,superheroines adult movies ,Maledom,Male Domination,superheroine,superheroines,Humiliation,storyline,story line,Mixed Wrestling,mixed fight,Submission,forced orgasm,super hero, ,super heroines,superheroines porn,,,magic power,fantasy,magic control,fantasy,,beast,masked men,slave,slavery,enslavment,slave,slavery,mistress,master,facesitting,spanking,mind control,mind fuck,,batgirl,bat woman ,wonder woman,catwoman ,Harley Quinn,supergirl,Mesmerize ,Cosplay,Parody