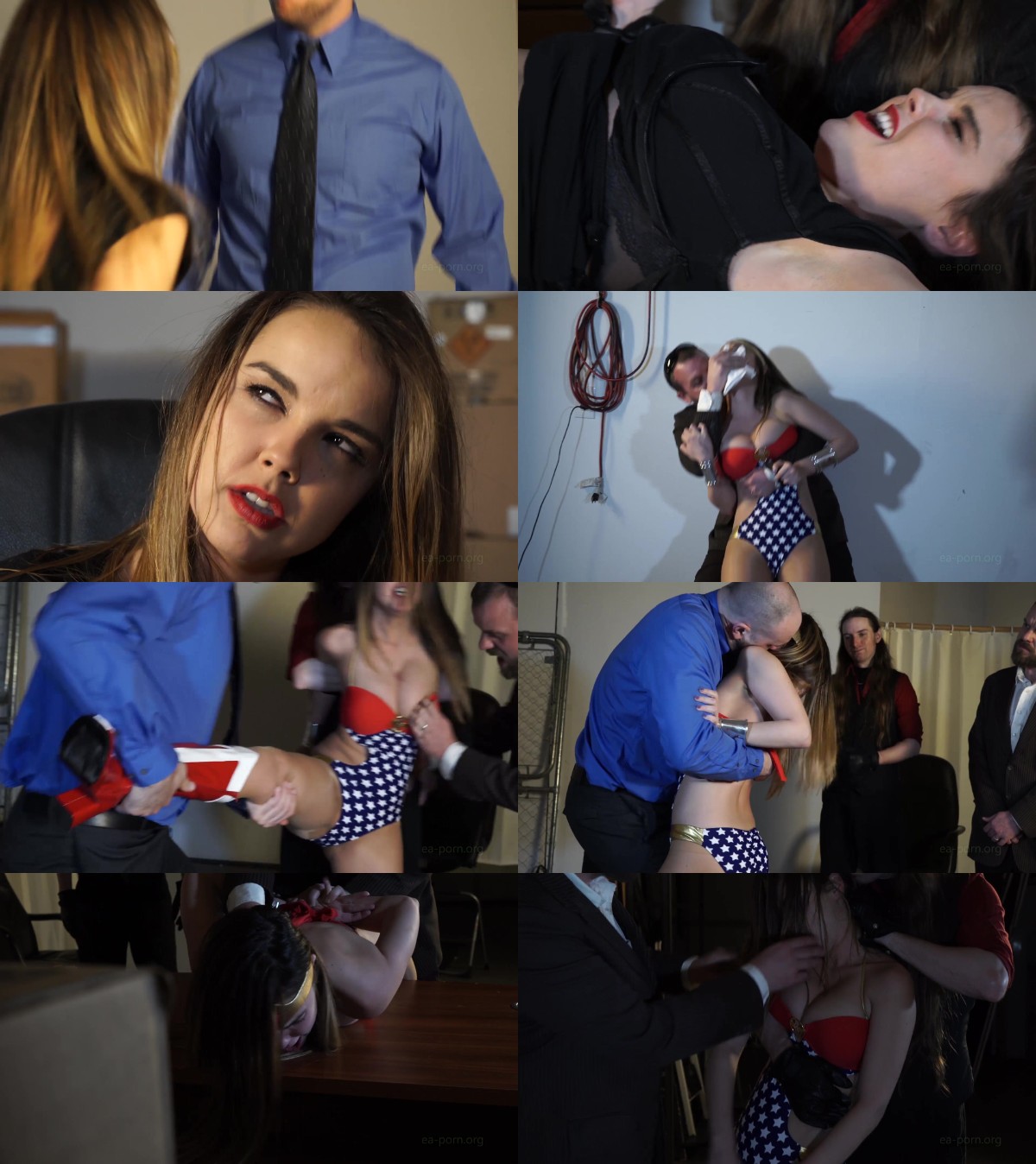 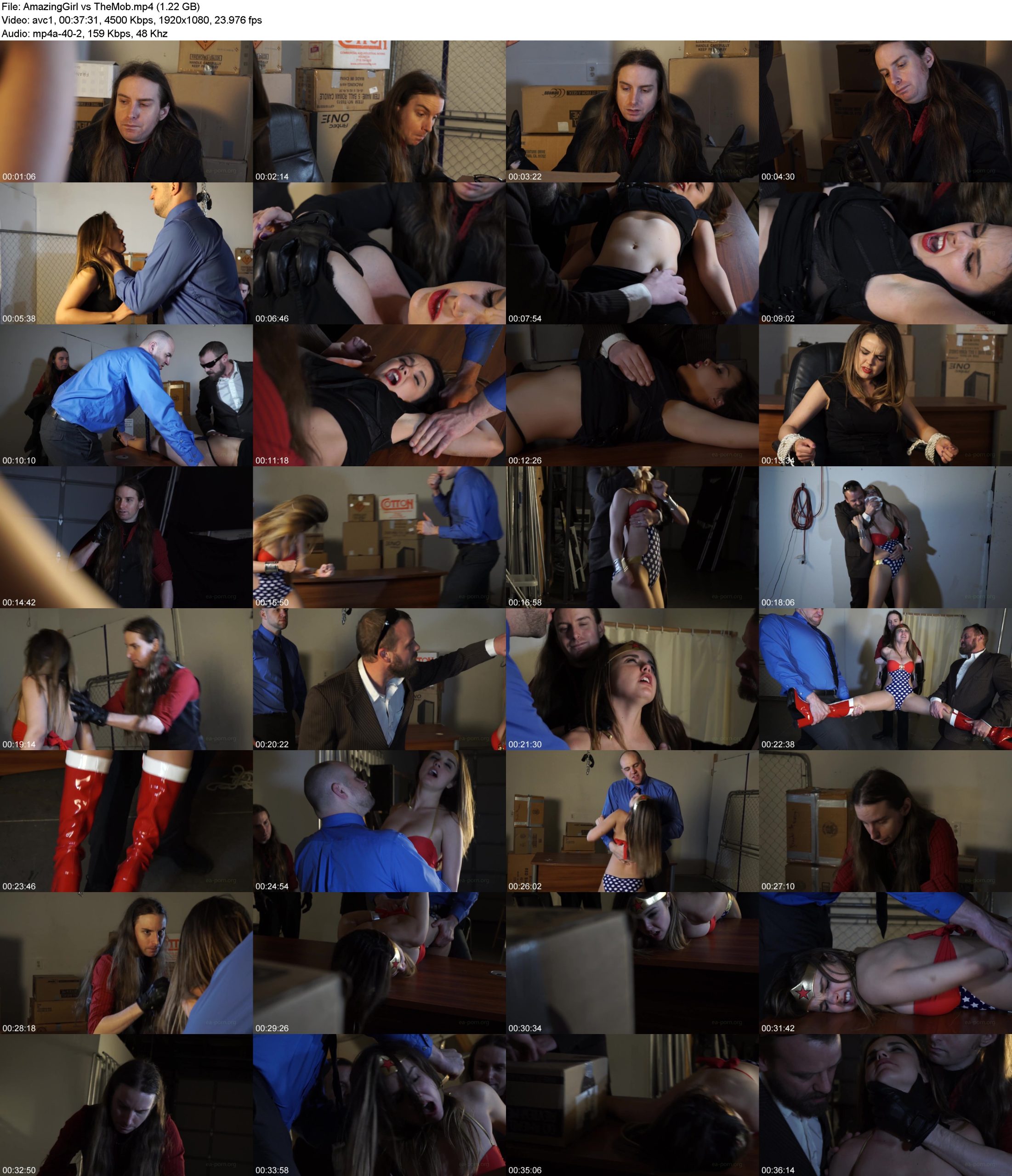 Starring : Dillion Harper
Dillion returns as Agent Prince/Amazing Girl to take on the most powerful Mob bosses around! Agent Prince goes undercover as the leader of an up and coming crime syndicate to infiltrate the inner workings of the Mob. When her new frenimies go to far and kill Skyfire, she tries to arrest them on the spot with no backup! Agent Prince quickly learns what her friend Skyfire went through as she is captured and ravaged without the ability to change into Amazing Girl! After the men have their fill of Agent Prince they tie her to a chair with plans of coming back for another round.