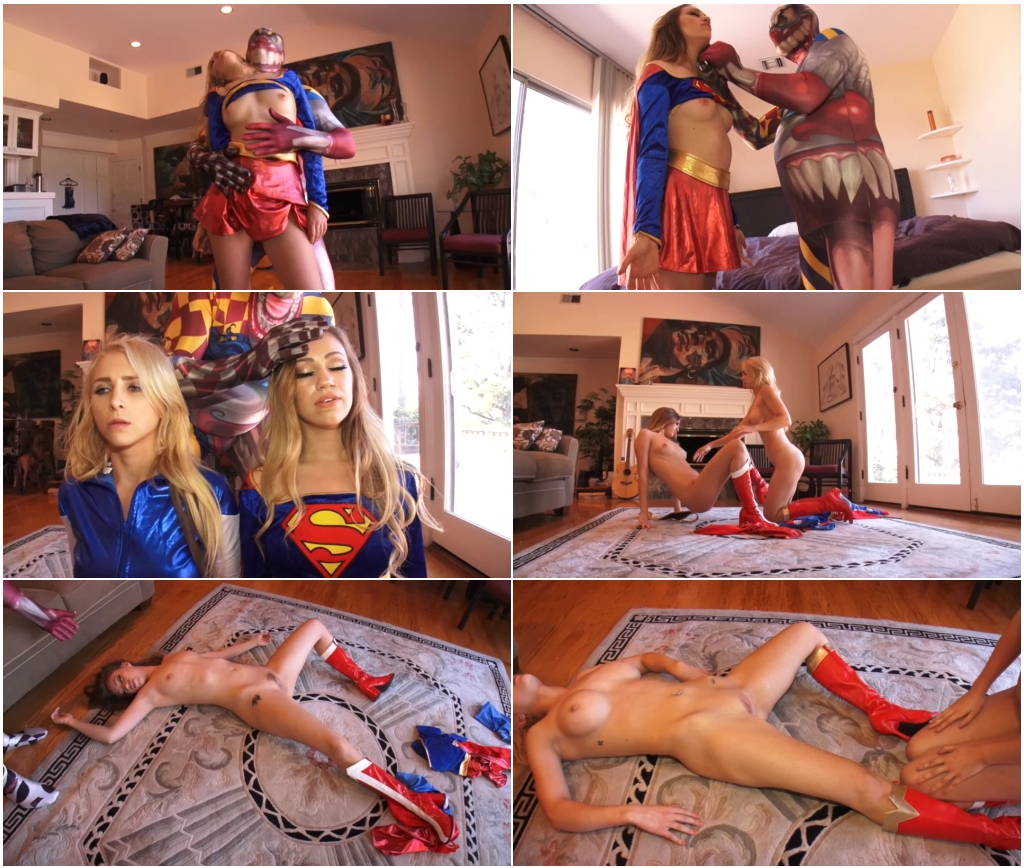 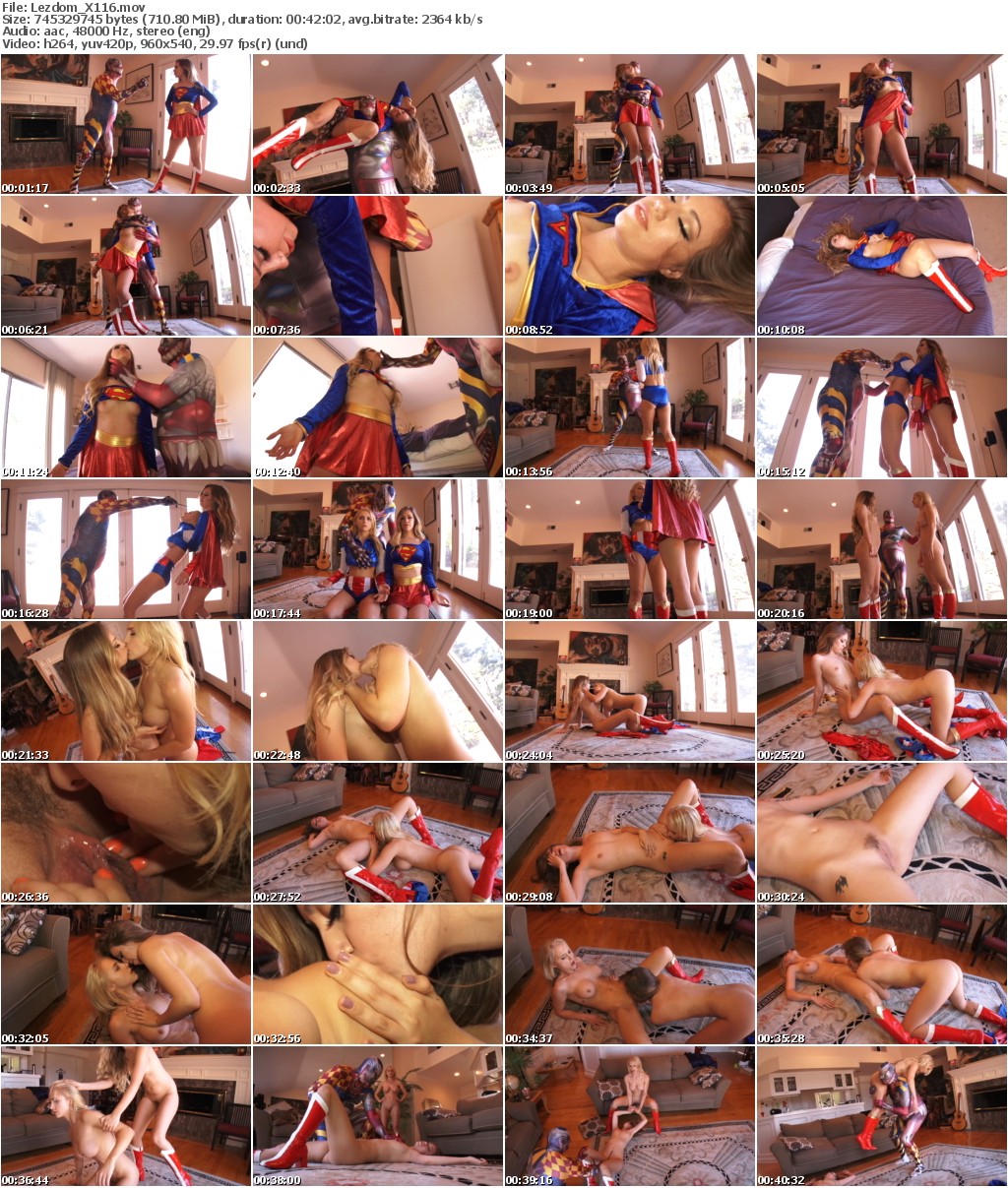 Here come the young guns, and boy are they hot! Two super hot young babes that both really love women and are out to prove it; Alix Lynx, is a hot blonde with a gorgeous body and Lyra Louvel is also a young hottie with a rock hard body. But what most people don’t know about these two beauties is that they are both super heroines, that’s right Lyra is actually Super Girl, she waits in her sexy costume as the evil magic clown sneaks up behind her and a fight is on. She battles valiantly but the evil magic is too much for her and the clown soon has her under his spell, he molests her now spell bound body and hoists her off to the bedroom. Back in the living room Liberty shows up, and let me tell you this is one of the sexiest super outfits ever, Alix’s breasts are just barely covered as they strive to pop out of this top. Again the evil clown attacks and again we have a valiant fight, she gets her hits in but eventually the evil one hoists her high, her sexy legs dangle looking so hot in the red boots and then he slams her down, but she fights on until Super girl still under his spell joins the fight and helps destroy Liberty. The evil clown magic is now preformed on Liberty and she too is under his spell – he runs his evil paws over their young entranced bodies, time for his real fun! With both the super babes under his spell he commands Super Girl to strip Liberty and slowly she does so then Liberty strips Super Girls but the boots are left on both. Now these super bodies are commanded to pleasure each other with deep kisses and fingers to the pussies while standing. Next he commands the spell bound Liberty to lay Super Girl on the floor and have some super sex with her, soon both bodies are writhing in sexual delight as the gorgeous young blonde is licking up the juices of Super Girl’s throbbing pussy, so hot they both look with their boots still on as they gyrate on the floor. The evil clown watches with delight then commands the entranced Super Girl to pleasure Liberty, and with the ferver of a hungry man that hasn’t eaten in a week Super Girl goes to town on Liberty, fingers and tongue are inserted and Liberty goes crazy with delight. everyone is pleasured!! Orgasms galore, our heroines pass out and the evil one now carries Liberty away, and how sexy is Liberty’s naked young body slung over his shoulder, her amazing ass and dangling legs. Let me tell you these two young beauties are going to be favorites because they truly love sex and really go after each other, the match is over forty minutes long but because we want you to enjoy these new beauties we are offering it at this reduced price. Young wild super heroines, that truly love sex and you will love them !!!!!!
tags:superheroine,superheroines,lesbian domination,lezdom,stroyline,froced orgasm,submission,humiliation,super hero, catfight,female wrestling,superwoman,,supergirl,super heroines ,pussy licking